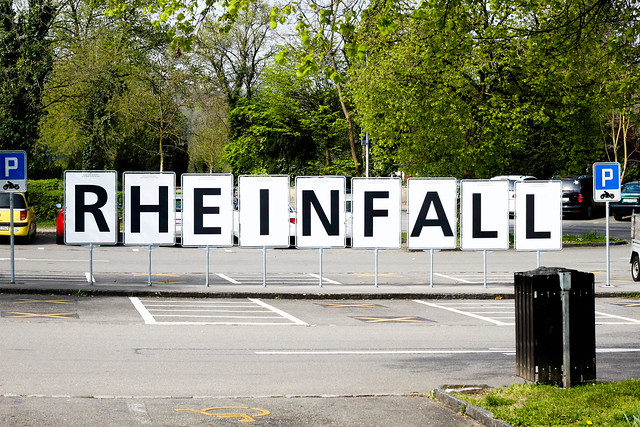 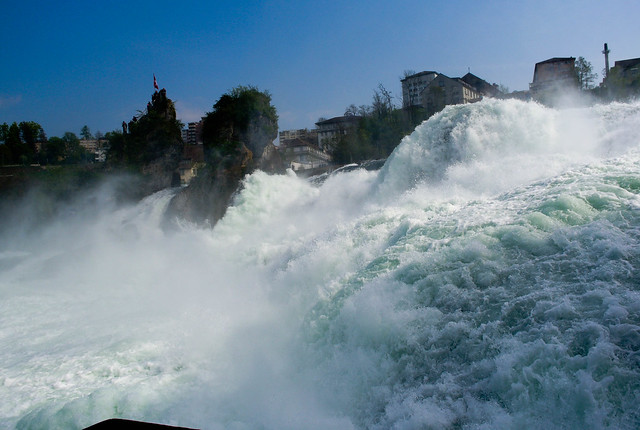 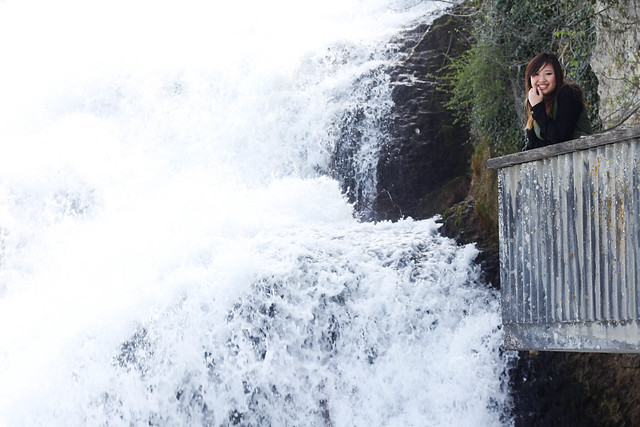 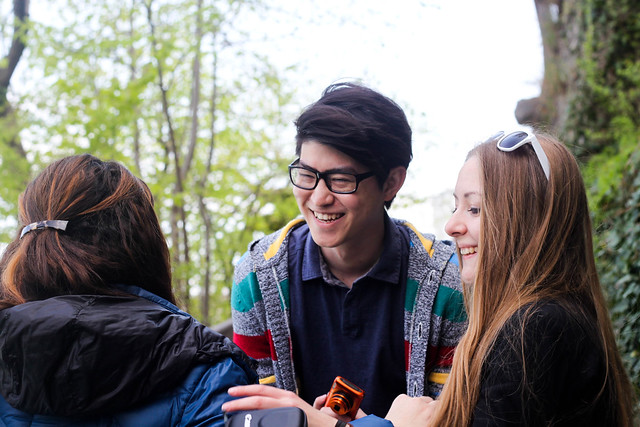 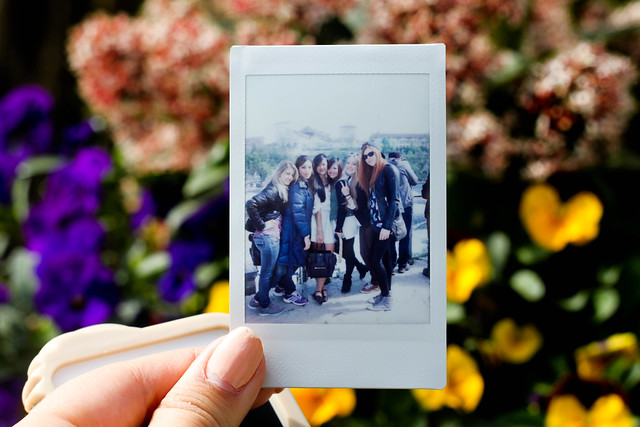 Rheinfall, Northern Switzerland
I did say road tripping was going to become a thing, didn’t I – last weekend, we rented a Merc and drove up to Switzerland with the main aim of trying swiss cheese and healing all ailments with fresh air from the alps. Or is that the fountain of eternal youth I’m thinking of? Anyway. On the way, we made a stop at Rheinfall, Switzerland, the largest plain waterfall in Europe. As it was somewhat my first waterfall as far as i can remember – artificial ones in water theme parks dont count, I presume – I was completely mesmerized by the gushing sparkling waters and promptly took about three million photos that look more or less exactly the same while squealing nonstop. After the third millionth photo, it dawned on me that I was the only person squealing.. Aren’t you amazed? I asked some of the other girls. Not really, they said, we have quite a few waterfalls in South America. The boys nodded – they’d seen waterfalls in various points in Europe as well. Desperately, I turned to my boyfriend, the other Asian in the group. Isn’t this impressive? He looked at me and shrugged. I’ve seen the Niagara Falls, so..

Oh well. I thought the Falls were absolutely gorgeous, and we can’t all have seen the seventh world wonder. Beautiful sort of first-brush with Switzerland x