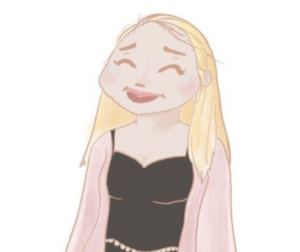 — Jemimah Wei, In conversation with LitHub, 2021

I was a soprano for twelve years, and had my first taste of chilli at 21. As such I have almost zero spice tolerance, putting my entire Singaporean heritage to shame.

When I was 16, I wrote, produced, and starred in a bootleg version of High School Musical for my secondary school. Even though no one cares about this today I am still very proud of myself!!

In 2019, my partner proposed to me by writing, directing, and producing a six act play, which is an excellent example of knowing your audience. I counter-proposed to him later, with a handmade ring, but he told me not to steal his thunder and said it didn’t count.

I was actually named after the puddle duck. As in, Beatrix Potter’s The Tale of Jemima Puddle-Duck. Later on, my parents kept having daughters, so the narrative changed and they said we were named after the three daughters in the Bible’s Book of Job — Jemimah, Keziah, and Keran. But I was really named after the duck who kept losing her own freaking eggs. What kind of origin story is this?! Is it any wonder I became a writer?