So many things have happened recently but here we are with a slice. Once upon a Friday I was busy being productive with my life, waking up early to work on script edits, going to the gym after TWO MONTHS of being out of commission (travel + work + shin splints and doctor’s orders) therefore nearly fainting post workout, heading to the hospital for two vaccination jabs, one on each arm (meningitis and influenza), and then heading to meet my girlfriend Georgina to bring her to a surprise dinner with the girls for her birthday.

Xiaoqi had booked a home dining omakase experience, which in my head translated to – it’s someone’s home, so it’s super chill. So naturally, I showed up with no makeup save for some smudged eyeliner from the gym which I got lazy to wipe off (it’s a ‘look’, i protested) and in an orange t shirt with sneakers, which explained G’s look when she gave me the once over and went:

Anyway. I got us a grab to the secret address Xiaoqi sent me which turned out to be a three storey townhouse, and knocked on the door. When the door opened to a dining table which was completely unset, in my head I started thinking what an unprofessional dining experience this was because they were clearly not ready for our 8pm reservation and also this is why you make a booking at somewhere established aka Luke’s Oyster Bar or something because you wouldnt be caught in a situation like this on someone’s BIRTHDAY

While I was panicking (secretly texting xiaoqi WHERE ARE YOU WE ARE HERE AND CONFUSED), G started walking up the stairs and was like: Hey maybe it’s upstairs

And I went: Er G you cant do that i think this is actually someone’s house

G: No maybe dinner is upstairs

Me: No this is one of those home cooking experience things. You cant go upstairs!

And she just ignored me and started walking up anyway.

So I followed her up and the first thing I saw on level two was a couch and a side table with a gopro mounted on a little cardboard box labelled storis which is this engagement ring company in Singapore, and in my head I immediately went

FRED IS PROPOSING TO GEORGINA 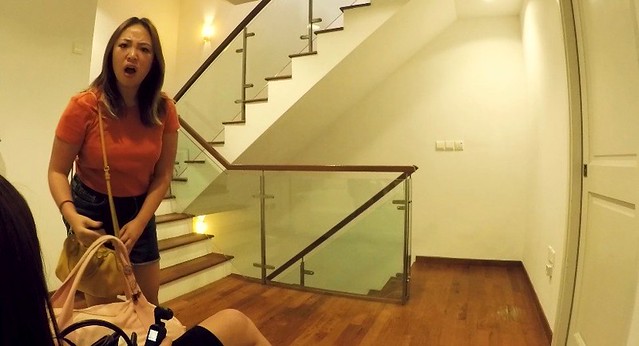 WHY DIDN’T ANYONE GIVE ME A HEADS UP?! STUPID BOYS

SERIOUSLY, BOYS ARE SO STUPID ARE U KIDDING ME

G: What are you doing
Me: Nothing. I think this is part of the dining experience.

Then music started playing, and our friends started walking out. The problem is, G and I being so close, have the SAME CLOSE FRIENDS. And so I got kind of mad because

HOW COME EVERYONE KNOWS ABOUT THIS EXCEPT ME

All this time my face was trying to seriously play it cool because I didn’t want G to know I knew nothing about her proposal in case it bummed her out or something, but I was seriously cursing Fred in my head for being such a bozo.

Oh. I guess I’m getting engaged!

So the moral of the story is I am not very smart. 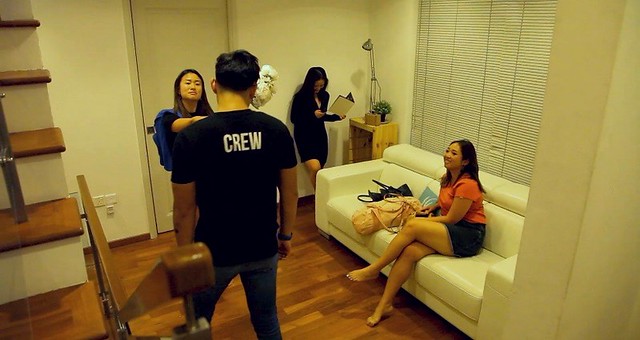 Featuring Xiaoqi as Shane, Fred as Me, and Georgina as host (she’s holding a little pocket camera, not using her phone hahaha)

It turned out Shane and written and staged a short six act immersive play with our closest friends, one act for each year of our relationship, a play which was in equal parts dramatic and ridiculous and hilarious and sad, which somehow managed to find the space to mock my Dota playing skills, as well as incorporate a mid-show break for me to go change into a gown they had rented + do my makeup and hair, something which, when I relayed to my girlfriend in the UK later on, caused her to breathe a sigh of relief and go: I respect that. 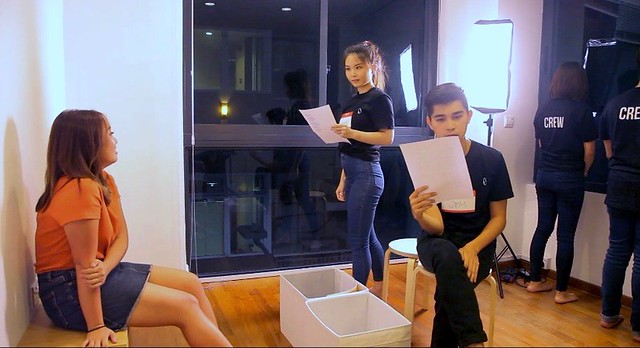 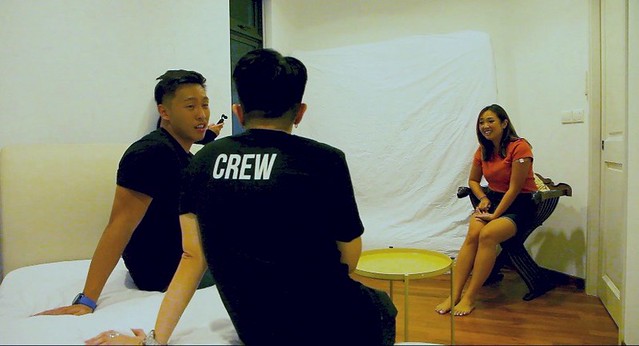 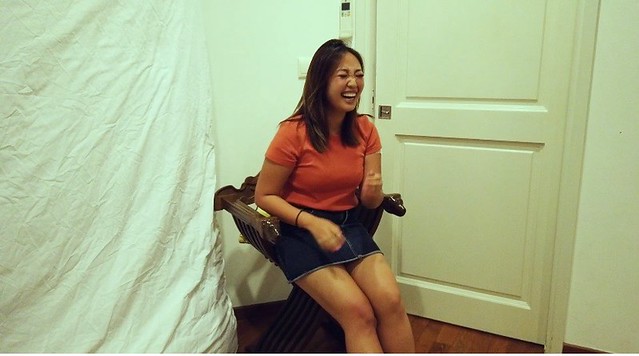 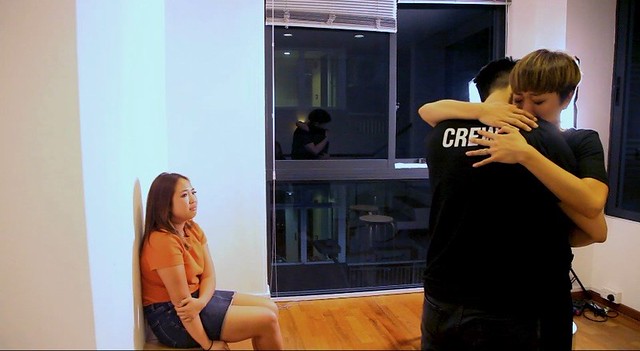 Act six saw me walking up to the rooftop alone, where Shane was waiting with a recreated scene inspired by our time in Ponza all those years ago, with Papa Americano playing in the background, so I guess that’s our song now. We had dinner (cooked by Roz, a near perfect recreation of the same pasta we had on a boat in ponza), and on the table was the theater programme booklet for Ortensia (the play), complete with playwright’s message, cast and crew, backstory, and script.

Kindly memorise your lines, Shane said, so I flipped to Act Six and saw:

This is as good a time as any, he said, and he got down on one knee and asked me to marry him.

Being the annoying person that I am, I said: See how lah, which is a very Singaporean way of saying yeah maybe lets see how it goes, also the same thing I said 6 years ago when he asked me to be his girlfriend.

And he went WOMAN can you stick to the script

And I said ok lah yes

And that is how we got engaged! 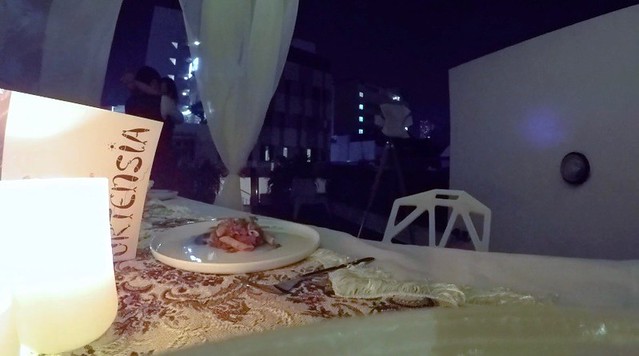 The end, but also, the beginning. 🙂

*All pics here are screengrabs from a video that my friends took and Ian edited hehe.