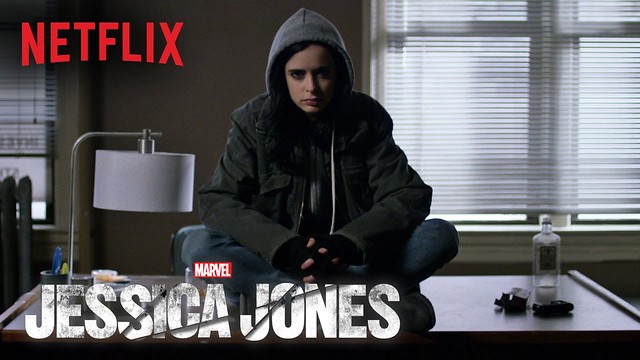 Yes yes I know I’m late, but here I am anyway with April’s to-watch recommendation, just in the nick of time!

With the buzz surrounding this month’s release of the mega marvel movie, I thought it was a good time to revisit the ground-level heroes from the Marvel universe. Besides Iron Fist, which I consider to be Marvel’s equivalent of Disney Pixar’s Planes, I’ve binge watched my way through the entire Defenders collection on Netflix, and enjoyed them all. I find that the drawn out format of the television series gives showrunners more time to play around with proper issues and flesh them out in ways that a two hour movie can only briefly touch on, and in many ways I find that the ground level shows are making much greater headway in terms of progressiveness as compared to their cinematic counterparts. Not that that’s a criticism of the MCU – different forms serve different purposes, obviously – but when you take a step back to appreciate the way the individual facets of the Marvel franchise come together, overall, I’m impressed.

I’ve frequently mentioned that Jessica Jones is the best of the entire Defenders series, but I’ve never actually gotten down to explaining why. Therein lies my agenda for the day. I find it to be the most underrated of the series – and it’s been my firm favourite ever since its inception, despite Jessica Jones being clearly not for everyone. This is true of both the character in the context of the show, and the show in context of today’s world. The show is grungy, the titular character is determined to be unlikeable and makes horrible decisions, and the show has none of the feel-good payoff that most marvel narratives have. In addition to that, the marketing around the show has leaned very heavily on the fact that Jessica is a strong woman, and makes the immediate connection from there to it being a feminist show. I have issues with this because I feel like labels like these are meant to just shoehorn shows (or books, for that matter) into a genre for targeted marketing, but that’s a story for another day. 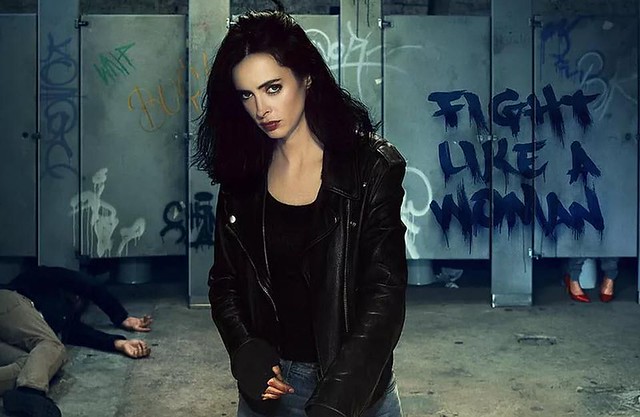 One of the posters for Jessica Jones

Regardless, it is a feminist show. But it is dangerous to assume that anything is feminist simply because it prominently features females. No. To feature women in a show is simply to depict reality. The bar is higher than that. Jessica Jones is a feminist show because it intelligently engages with and represents female-centric trauma in a responsible manner. That, I think, is the crux of the show. There are two narratives in any show: the first being the entertainment plot (aka the storyline) and the second being the narrative of what the show is actually trying to say. Eg. GLOW is about females trying to put up a wrestling show but it is also about the mythicism of an unbreakable female friendship. The Good Place is about Kristen Bell’s character trying to hide the fact that she’s a fraud in the afterlife, but it is also about the moral philosophy with regards to the age old question of what we mean to each other. The Handmaid’s Tale is about Offred trying to survive in a dystopian patriarchy, but it is also about how beliefs can be dangerous when taken to the extreme. And Jessica Jones is about a superpowered woman trying to take down her ex-abuser who has mind control powers that only she is immune to, but it is also about the struggle of processing the trauma of a sexually and emotionally abusive relationship.

I’m referring specifically to Jessica Jones Season 1 (season 2 is also very good, but it deals with a different set of issues). The journey Jessica takes is as much to take Kilgrave (stupid villain name, but very charismatic acting) down as it is to try and process her trauma in a realistic manner. Pop culture trying to deal with sexual abuse and trauma is not new, but there are several things that stand out in the first season of Jessica Jones:

– Despite being a show that deals with sexual abuse induced trauma, the actual rape of Jessica is never shown on screen. Instead, the effects of that trauma are intricately explored throughout the season, unlike many other shows that use rape as a plot device to shock and scandalise an audience coughGameofthronescough. The decision not to portray the actual rape onscreen has the unintentional (or not?) effect of paralleling the real life publicised rape cases – no one outside gets to see what precisely went down between the aggressor and victim, and all we have to go on are the victim’s words. In this case, we have to believe Jessica when she says she was raped and abused or the show falls apart, but it does leave us wondering about the difference between our readiness to believe a fictional character’s account over a real life victim.

– Jessica’s recovery process is not a textbook survivor story, she does not seek help or display any desire to get better, she is stubbornly self reliant and finds her solace at the bottom of a whiskey bottle. She deals with her trauma by turning into an alcoholic with self destructive tendencies, but the show does a very good job of not romanticising the grunginess of the spiral – other characters are constantly pointing out the problems with her behavior, and how this makes her selfish, irritating, and hard to be around.

– The sexual abuse was never portrayed as a transformative act, something a character has to go through to become stronger. It is portrayed as what it is – a crime. And at the end of the season, Jessica does not come to a convenient peace with herself just because her assaulter is out of the picture, because that is not how trauma works in real life. This is something Netflix has been pretty good with – look at Glow and how the friendship between the two female leads didn’t recover by the end of the season: because a visceral betrayal doesnt get put behind normal human beings over the course of one season. That’s just not how it works.

– The trauma Jessica has to deal with is not just induced by the nonconsensual sexual relationship she engaged in with Kilgrave while under his mind control. It is also found in all the tiny ways she was emotionally controlled and manipulated (the show’s repetition of Kilgrave ordering women to smile and mean it is a tad on the nose, and for good reason), as well as the ways Kilgrave denies the charges when she finally confronts him. Would she still have to deal with post-relationship trauma if she had to deal only with emotional abuse and not physical rape? I think so – and that’s precisely what happens in the original comic books. 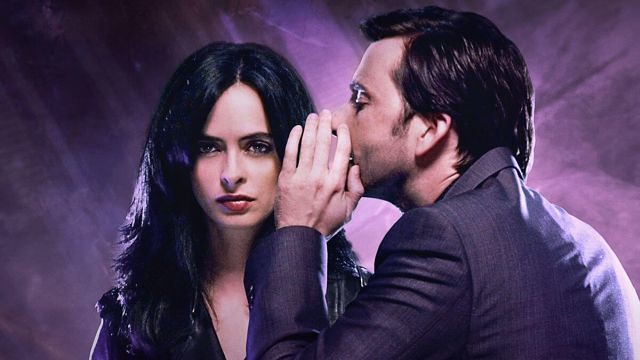 I am thinking of Chimamanda’s ted talk – the danger of a single story – when I say this: narratives like these are important because they show that there are different ways of reacting to the same traumatic incident. I recently read an article on Harpers Bazaar (“Sometimes you make your rapist breakfast”, 2018) which referred to the idea of the Perfect Victim, which I thought was timely. While this is not to say that there arent survivors who process their trauma in a textbook recovery kinda way, I think it’s important to recognise that there are many different ways of reacting to a traumatic incident like sexual abuse, because when we only acknowledge one way to be a victim and survivor, then what we do is invariably dismiss victims who don’t follow this narrative. Take for example Netflix’s 13 Reasons Why, which was the source of a lot of debate last year for its portrayal of suicide. For all the buzz around how Hannah’s suicide was portrayed, I found merit in the way the show portrayed the fact that another character in the show, also named Jessica, remained friends with her rapist as a means of dealing with it. Does this decision not to cut off the rapist retrospectively undo the rape? No – it remains what it is. To believe otherwise is to buy into the dangerous cultural myths regarding what legitimises sexual assault and makes it ‘real’.

I emphasise the involvement of both Netflix and Marvel Studios whenever I speak about Jessica Jones because the fact that they are both giants in their own rights is crucial to my final point – which is that the element of widespread appeal is the very element that cements the role of entertainment in the ecosystem of social commentary simply because entertainment forms reach and educate a wide audience that may not ever pick up an academic paper on trauma. Both Netflix and Marvel Studios have made missteps before in their attempts at engaging with social issues, but the important thing, to me, is the attempt. For if the big corporations don’t try, then how can we expect the financially struggling independent studios to solely shoulder the full responsibility of engaging in dialogue about difficult issues? And Jessica Jones represents to me a near-perfect child of that attempt.

Jessica Jones season one and two are streaming on netflix