#2148 | meditations on an job-shadowing afternoon

So a thing I have been thinking about lately is the inseparability of one’s job and identity. I suppose I am thinking about it now, as opposed to sooner, because I delayed my graduation from academia by two years thanks to taking on an MA degree. But be that as it may, the two years have come and gone, and now I am forced to wrestle with what, exactly, I am.

For so long my identity has been personally grounded in the fact that I was a student, and it was something I loved being (I’m straight up, a nerd) and something I derived great meaning and joy from. But come August I will have convocated, and officially phased out of academia, and I guess these things induce a certain hum of low level panic because now I don’t know what to classify myself as beyond the snappy “just a millennial” reply. Ha.

All this is to say that the idea of career vs personal ambitions have been weighing on my mind quite a lot. There are so many schools of thought here – the idea that you should do something you love, the opposite idea that a job can be just a bill-paying-functionary, the intermediary idea that you are not defined by your methods of production. The most popular, obviously, is the idea that your job should fulfil you, and that you should feel meaningfully challenged by it every day. But most people don’t get to do a job they love off the bat because that’s not the way life works. Most people take a job and then the job takes them, ala Fitzgerald. So purely based off the statistics of jobs available vs jobs needed, this didnt seem like a particularly smart way to approach the job-searching-conundrum since it’d produce a disproportionate amount of unhappily employed people who feel like they could have been doing something else, like being an astronaut or something.

It was in March this year that several things happened at once: I held a giveaway on instagram calling for responses re: what made each individual feel proud of themselves that day, analysed the trends and produced a map of accomplishments, and separately, spent a morning job-shadowing a gallery host at the National Gallery who was nominated for the Singapore Tourism Awards last year. The map of accomplishments basically isolated the elements and driving mechanisms for producing these positive feelings which then could be consciously replicated to self-motivate each individual, and I had a lot of younger people (late teens to mid twenties) email me to say that the map helped them a lot in clarifying their sense of direction within the institution they were currently situated in (eg. job, school). And at the same time, spending the day with the gallery host, a Ms Caroline Seah, I couldnt help but notice the same things I picked up in the giveaway responses being echoed both in the way Caroline approached the job, and in the way the job approached her. 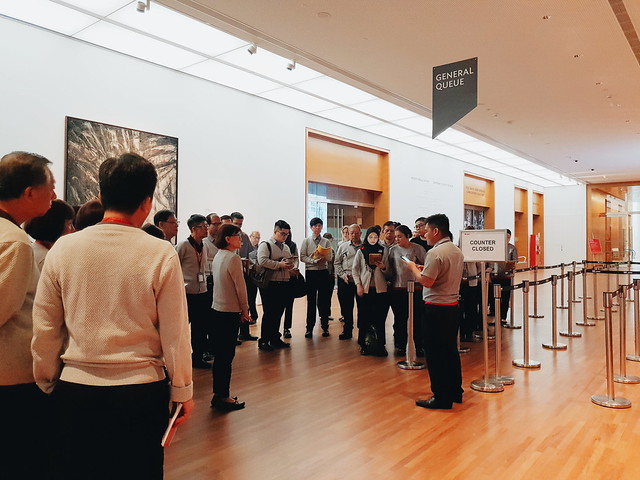 Gallery Hosts being briefed in the morning

Caroline does a job I could never do – mediate the consumer experience for one of Singapore’s most iconic tourist attractions. As a gallery host, her official jobscope is to give visitors a great experience that they have never gotten elsewhere before, basically generating the moments of delight that leads to repeat visitors and, I assume, word of mouth referrals. It’s a pretty broad jobscope, with a pretty broad range of people to meet and help day by day – she’s posted at the National Gallery’s Social Table, which is sandwiched in between the gallery halls and the Violet Oon restaurant, so as you can imagine, the flow of people passing through is pretty intense. I say I could never do this because I am helpless in the face of children (which the gallery is full of) and illogic (which I’m sure she encounters in the form of unreasonable customers). Customer service is tough, and customer service for a national icon is, I imagine, way tougher. Caroline is, by her own admission, not an art-fanatic, nor was she particularly a peoples person before starting as a gallery host. But she clearly loved her job, like, loved in italics and all, and I couldnt help but ask: why?

I love my colleagues, she said, which made sense, but then she went on: and the gallery helped me discover my talent for connecting with people. She thought about this for a moment, then she said: I never knew I was good with people until I worked here.

Her use of the word talent was specifically interesting to me – I dont know how old she was, but she was definitely parent-age-ish. That meant the discovery of her talent came relatively late in her career, and was evidently central to her enjoyment of her job. This echoed something I read recently about job satisfaction, so I prodded more and it turned out she especially treasured the anecdotal experiences where she demonstrated her talent for human relations – returning gallery visitors who evidently enjoy her company, registering the delight on the face of a child who she cheered up with art and muffins (it’s a whole story), and mediating tensions between visitors who clash over the social table, which happens more than you’d think. Manufacturing those moments of delight brought her personal satisfaction, which was then channeled into pride in her work, it seemed to be an everlasting loop. The result? A great employee – but more importantly, a satisfied and fulfilled one. A rarity these days, in a time where people seem increasingly dissatisfied or restless at work. 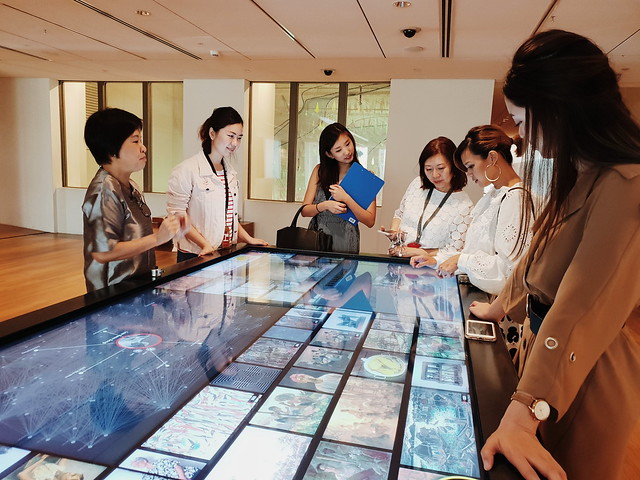 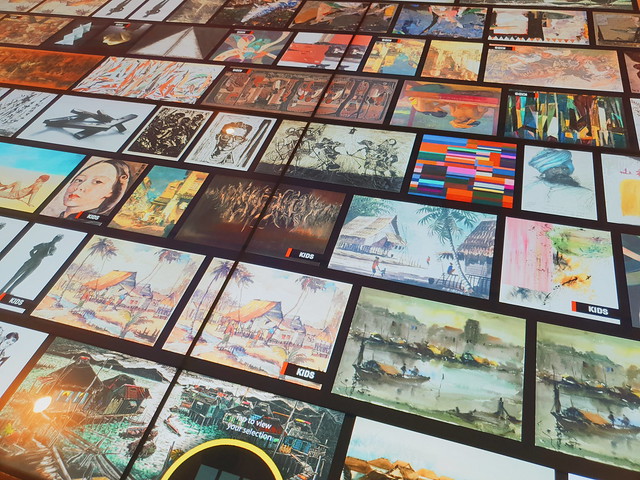 The Social Table at the National Gallery

But perhaps she was just a good natured person? I know people who seem happy no matter where life places them, more power to them. Later in the afternoon, however, I headed to Bynd Artisan and saw the same sentiment echoed in Ms Grace Chai, a totally sweet atelier manger who you couldn’t help but love – the overwhelming adoration she had for Bynd and her work shimmered whenever she spoke, which was incredibly endearing. I asked her what made her a good employee, and unfazed by the directness of my question, she shrugged and smiled: I like people, people like me. And it was true – later, as I lingered in Bynd perusing their leather goods, I watched her tend to walk-in customers, and she shone in each interaction. Here was someone, I thought, who knew what she was good at, and enjoyed doing it. And this made total sense – that being allowed to constantly demonstrate one’s talent and refine it while being assured that one’s talent brought value to their place of employment would bring them a sense of fulfilment and satisfaction in their jobs.

If happiness/ fulfillment in one’s employment were the end goal, then perhaps, I thought, instead of landing a job you thought you’d love off the bat, there was a way to grow into the jobs you had with excellence. But this had to be as much the legwork of the employer as it was the employee. I spoke to a communications representative from the National Gallery after that to better understand the way their employee trajectories were planned. Their baseline is ensuring an informational and accurate experience – so everytime a new art collection or exhibition is brought in, all employees undergo training for that collection. But beyond that, the gallery doesn’t clamp down on KPIs and allows the employees to explore their own best way of introducing and managing their section. Both the National Gallery and Bynd Artisan shared this approach, as far as I could tell, of identifying their employees’s existing talents and letting them run with it generally, as long as they fulfilled the objectives of their jobscope: giving visitors a great experience.

And this worked perfectly for them – both Caroline and Grace seemed the most interested in self driven and initiated ways of mediating the customer experience, found a method that worked for them, and proceeded to rinse and repeat it until they were excellent at what they did. Their employers gave them the freedom to do that and it produced a job satisfaction that trickled down to satisfied customers. Perhaps this is a lesson in being a good employer as much as it being a stellar employee, but everyone wins here – both Caroline and Grace must have impressed the people they’d crossed paths with so much that they were both nominated by the public and eventually became Customer Service finalists for last year’s Singapore Tourism Awards. Yet another moment of delight, this time validation from the people and the state.

It seems to stand, then, that the route to happiness – at least in one facet of adulthood – is finding the sweet spot between an understanding and nurturing employer, and figuring out a way of developing your personal talents within your jobscope. This seems generally reflective of life – you put in the practice and work that you can, and the rest is exposed to circumstance. Does this answer my postgraduate mild identity crisis? Not entirely. But it does bring realization that nothing will ever definitively be a solution – I can only do everything I can, and leave the rest to fire, flood, act of God. 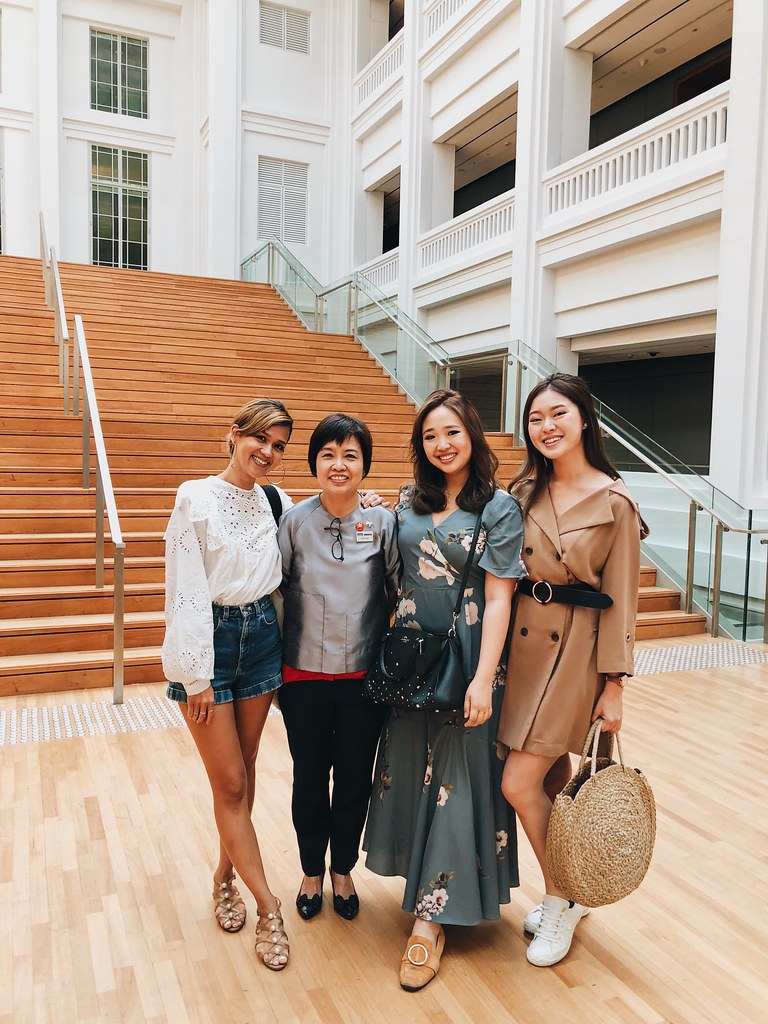 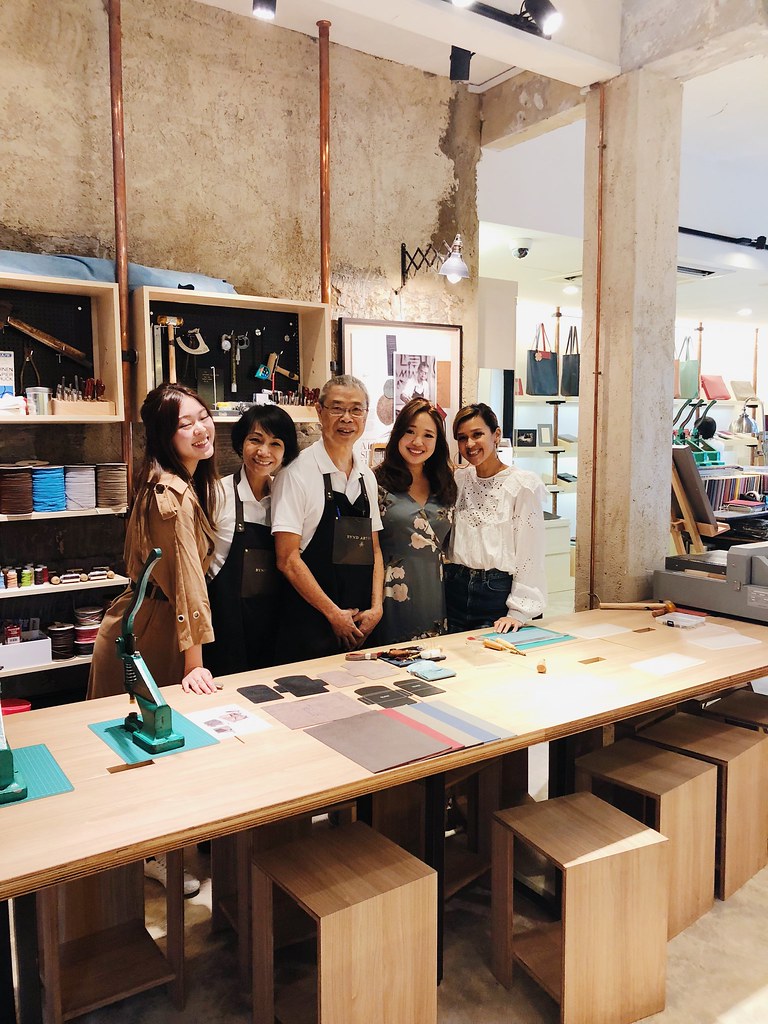 With Caroline from the National Gallery and Grace from Bynd Artisan

Nominations for the Singapore Tourism Awards 2018 are now open – nominate the Graces and Carolines in your lives now on singaporetourismawards.com and share your personal experiences with them to hopefully bring them a moment of delight in the coming year.