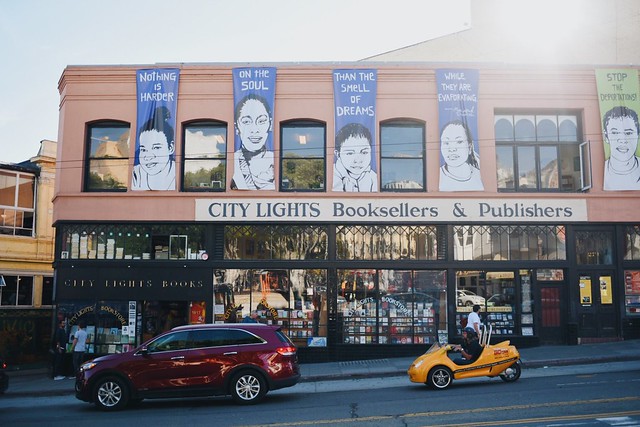 San Francisco, California
I make it a point to visit at least one bookstore in each new city I go to, but with City Lights Bookstore, it was more of a pilgrimage. I don’t even know how to describe City Lights in a way that would remotely do it justice, but lets start with this: it was the place that published Allen Ginsberg’s Howl and subsequently got embroiled in an obscenity trial as a result, which was eventually dismissed under the First Amendment protection in American court because it had “the slightest redeeming social importance”. This paved the way for previously banned books to be published in America again and now its a designated world heritage site. WILD OR WHAT.

Anyway. Today was my last day in San Francisco, an insane four-day trip on agenda for Disney Pixar. I have so much to say about that, but that’s a post for another day. My girlfriend Kate flew down from New York to meet me in San Fran, but she left after lunch today to meet her cousins a town over, and so I found myself with a block of free alone time in the bay. I pottered down to the bookstore (an adventure in itself, figuring out public transport in SF city, because they DONT LABEL THEIR BUSSTOPS) and eventually a bus 30 got me somewhere near and I walked the rest of the way. 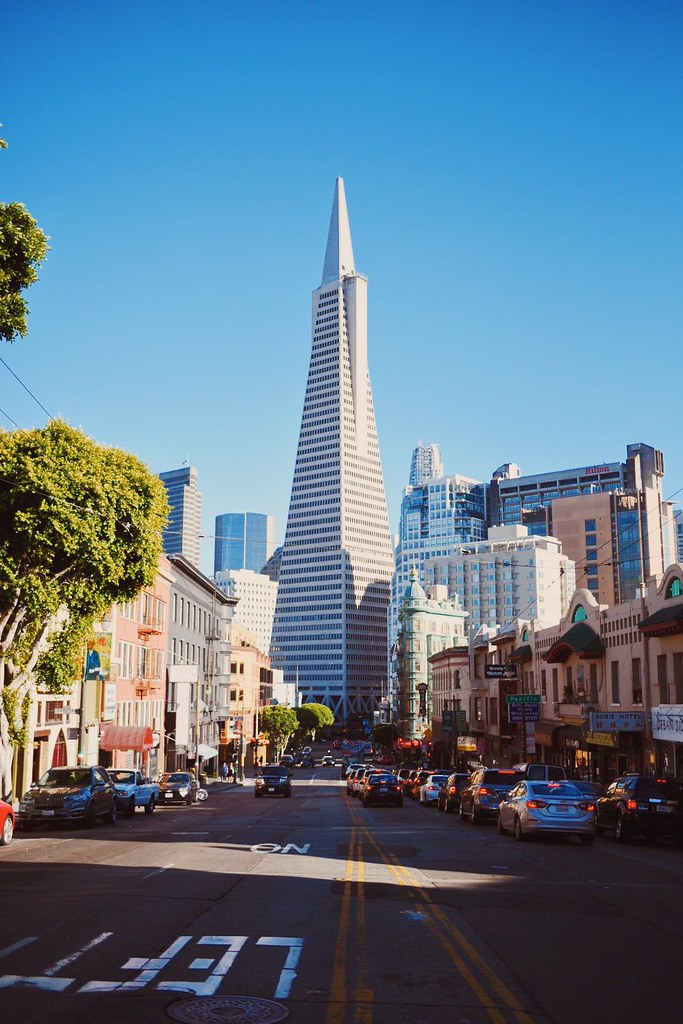 The view while walking over 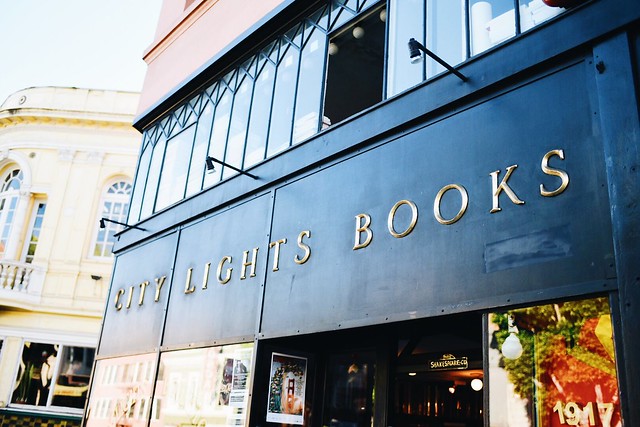 I DIE. SO EXCITED. 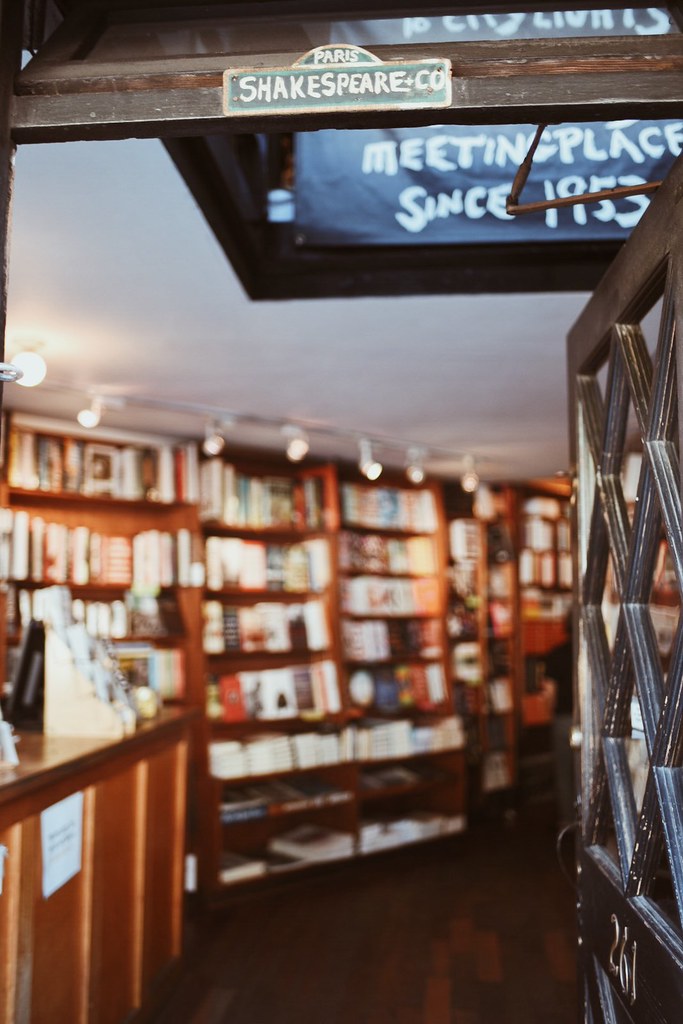 If I’m not wrong the founder of City Lights is BFFs with George Whitman, owner of Shakespeare and Company in Paris
The bookstore physically reminds me of Three Lives and Company in New York – one of my favourite bookstores in the world. It is not an architectural showpiece like Los Angeles’s The Last Bookstore, which I visited last year end and loved as well – it’s more cozy and grungy. There are hand-drawn signs everywhere with slogans like EDUCATE YOURSELF, READ 14 HOURS A DAY and FREE SPEECH ZONE which I suppose reflects the bookstore’s iconic status as a proponent of free speech back in the fifties. It also has a very intimate feel, and everyone there moves with an air of reverence, almost.

As well as being a bookstore, it’s also a publishing house, and that was what gave it its cult status back in the fifties because it published what was considered the most alternative literature back then. Ginsberg’s Howl is one, but Jack Kerouac’s poetry books were all published by them, and he also spent a lot of time there writing his novels. Most people will know Kerouac by the super common ON THE ROAD BY JACK KEROUAC penguin book passport cover which Penguin has mass produced for the hipster demographic, but he’s also one of the key figures for the Beat generation back then.*

*The Beat generation is an american post-war literary movement that explored culture and politics, and that often gets described as bohemian or hippie culture hahahahaha cos they’re all about SPONTANEOUS LIVING and NON CONFORMITY 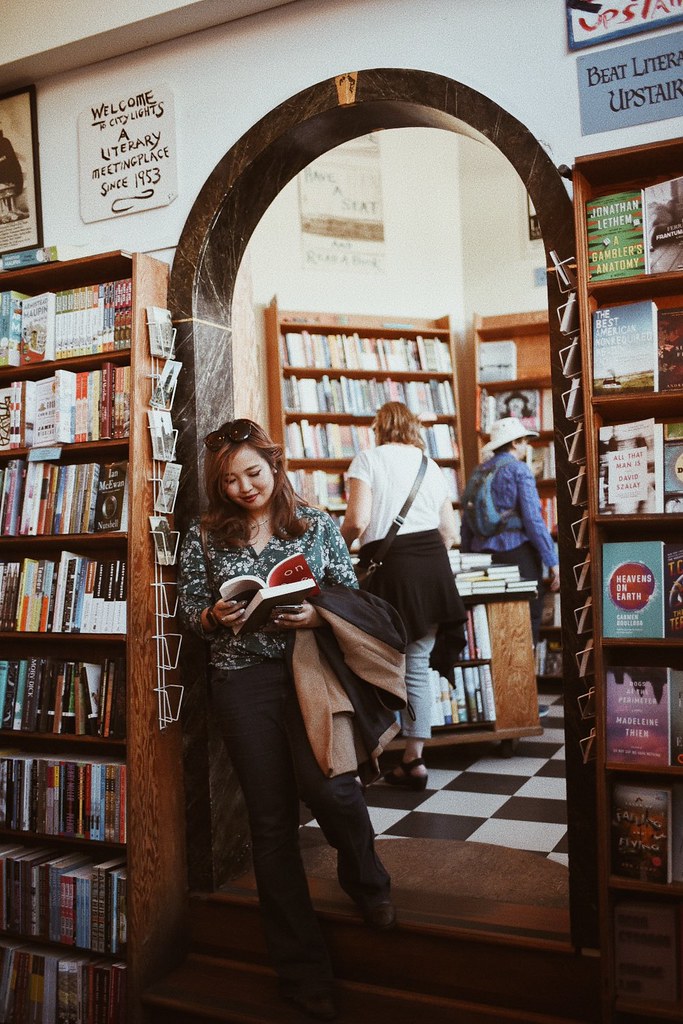 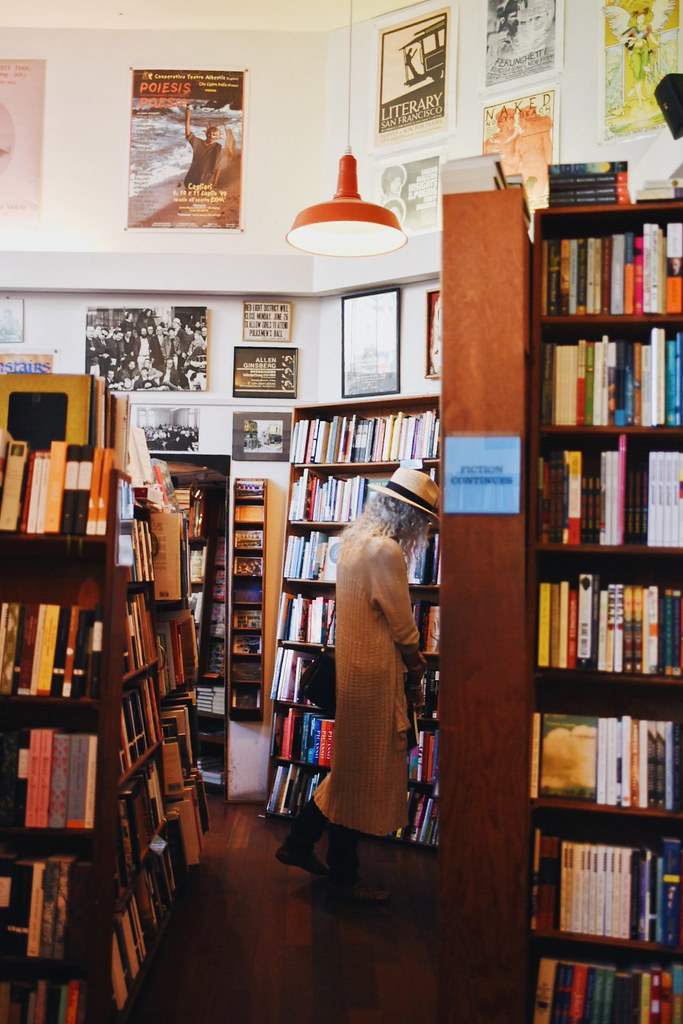 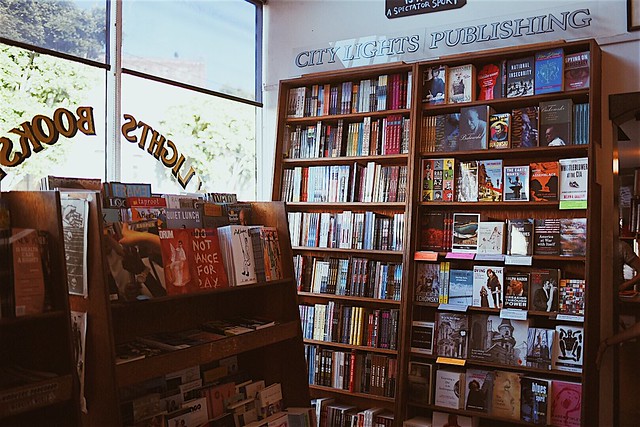 A shelf of their latest published works. I bought a Bukowski book from this shelf
It sounds terribly academic when I phrase it that way, but the effect of the above was that for the first time ever, literature became a popular movement in the US. I think the only time, lol, cos after that period everyone just went back to watching TV. But anyway the point is that City Lights’s role in creating beatnik culture is super iconic in American literature ok. And till today, people are welcome to just show up at the bookstore and sit and read anywhere they want in their three floors. Whether there’s space is a different story lah cos it’s still a bit of a squeeze, but the result is that the entire atmosphere is humming with an adoration for the printed word. 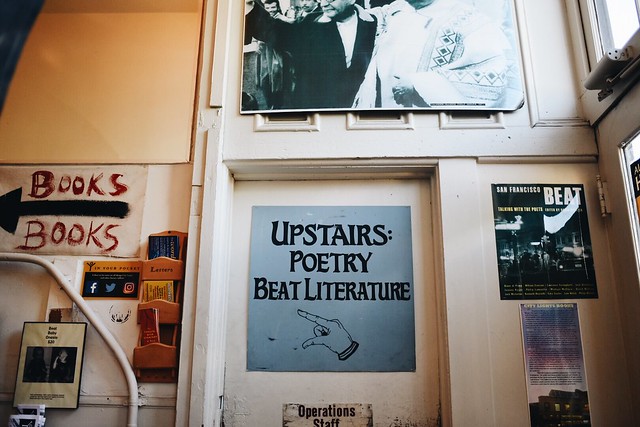 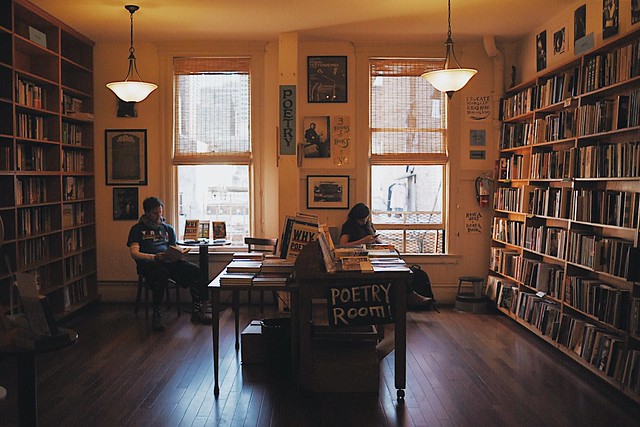 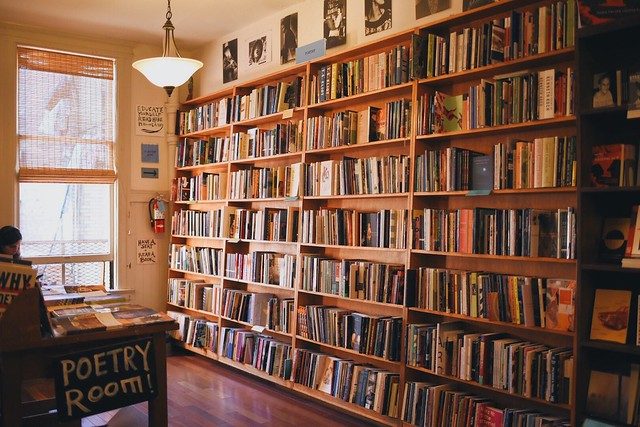 Level three is the most spacious of the three floors, and sells only poetry, much of which is published by City Lights.
They host events, readings, and book launches up here too. I wish I’d been in town when an event was happening, but chances are I wouldnt have been able to get in anyway given how tiny the space is. I think forty people in this room, max?

This room was actually slightly intimidating because the stairs creak going up, so evernote already on level three can hear you coming, and the dude sitting in the corner looked super grumpy when I walked in cos obviously I was disrupting his reading ~flow~ I mean, ok, dude. It’s a free world!

They’re also pretty famous for their pocket poetry series which sells good poetry in consumable forms, via little pocket books. I bought the Howl one for a girlfriend because it is obviously the most iconic thing in this bookstore. I mean the owners went to court for an OBSCENITY TRIAL because they dared publish it lolololol HOW TO NOT BUY? #consumerism #ironic 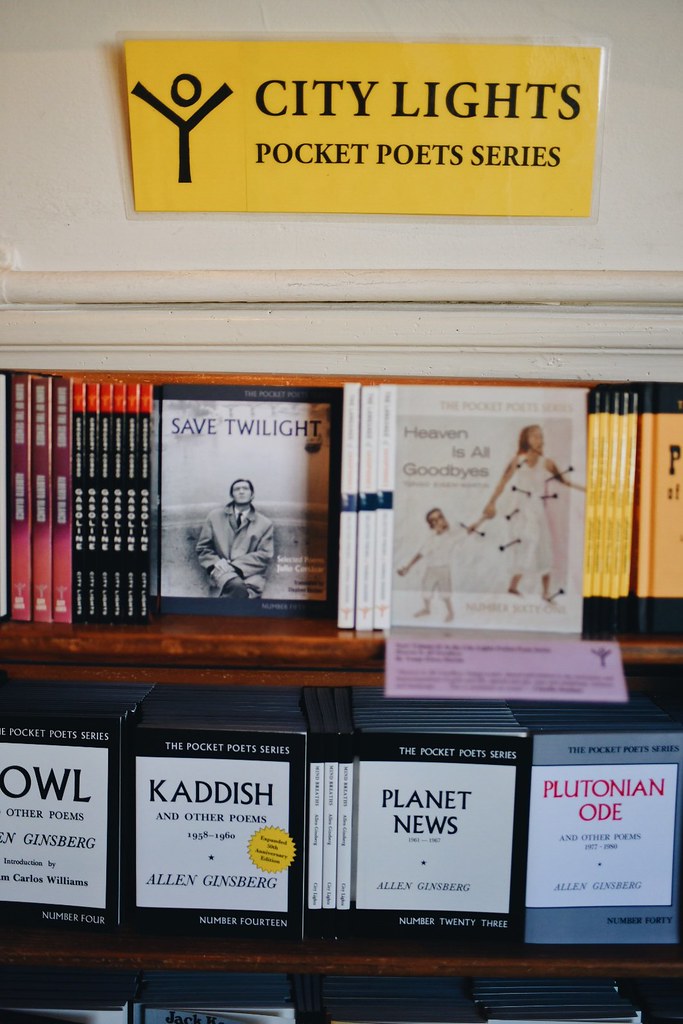 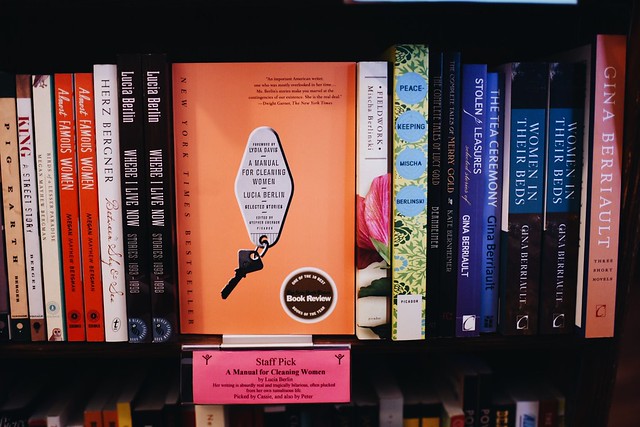 If you’re more into fiction, and are too shy to talk to the staff for recommendations (strangely, many bookworms are introverts, so I think something went wrong with me somewhere cos i LOVE talking to strangers), there’s helpful little labels with staff picks and little descriptions to help you along. Many bookstores do this, and in retrospect I suppose its geared towards catering for the introvert nature of obsessive readers.

You also wont find chick lit here – this style of bookstores (as opposed to chain bookstores) are very curated, and City Lights in particular specialises in world literature, progressive politics, and the arts, so the book selection reflects that. I actually saw a book that was titled Have Black Lives Ever Mattered? by Mumia Abu-Jamal which was published by City Lights, which basically tells you everything you need to know about the bookstore. (It’s very highly rated btw, with a 4.3 on goodreads. Not that goodreads is the definitive guide to great books.. but Alice Walker also had a lot of praise for this book, which I can get behind.)

Anyway, I didn’t want to take up too much space hovering around the shelves and also, I had a flight to make, so I bought three books and left after awhile. Would have gotten more, but luggage space was an issue. At checkout, the hardest thing I had to say this whole trip was to the cashier.. 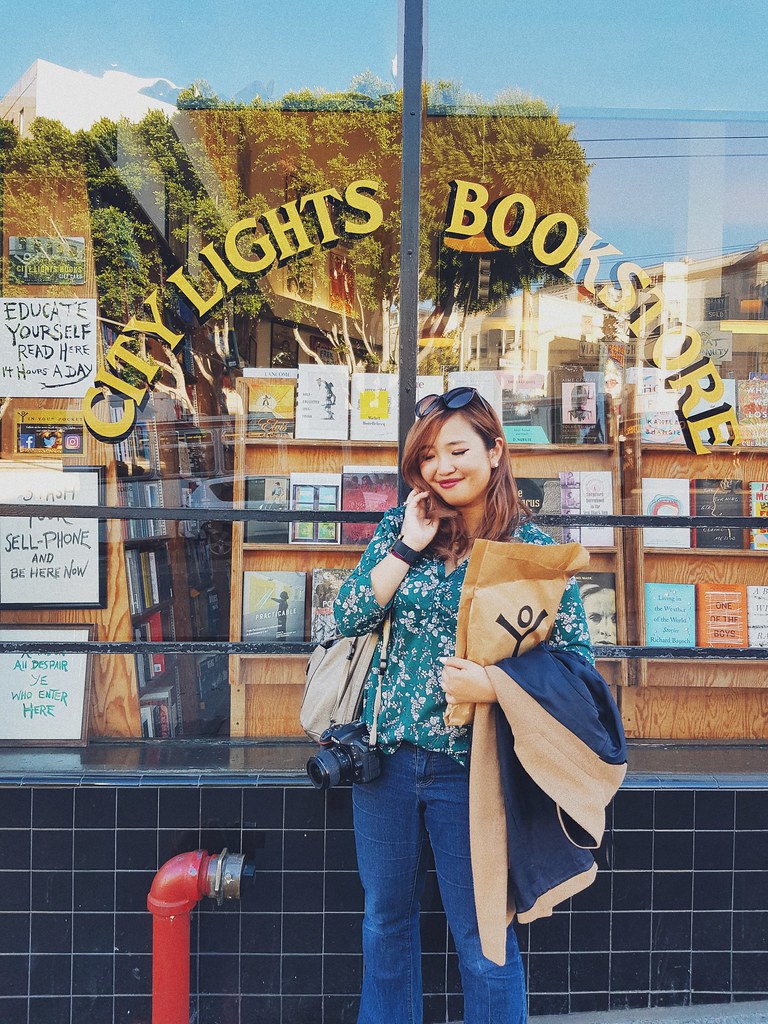 Still pretty pleased with my buys! It comes in this old school brown paper bag, which I had to carry around the rest of the day WITH PRIDE before getting back to my luggage storage facility and heading to the airport.

The bookstore is also right next to Jack Kerouac alley. I dont know why they called it that cos it’s just this tiny alley that leads to Chinatown, so I googled it and turns out it used to be a garbage dumping spot until the bookstore owner pitched to San Francisco Board of Supervisors to transform the alleyway, and so now it’s like another iconic place full of street art and poetry engraved into the floor I guess. I mean in theory it’s pretty nice but in real life the alleyway smells like weed and has suspicious looking people smoking joints on the floor. So.. ok. It’s not dangerous la, so its still worth walking down, it’s tiny and it’ll only take like three minutes. 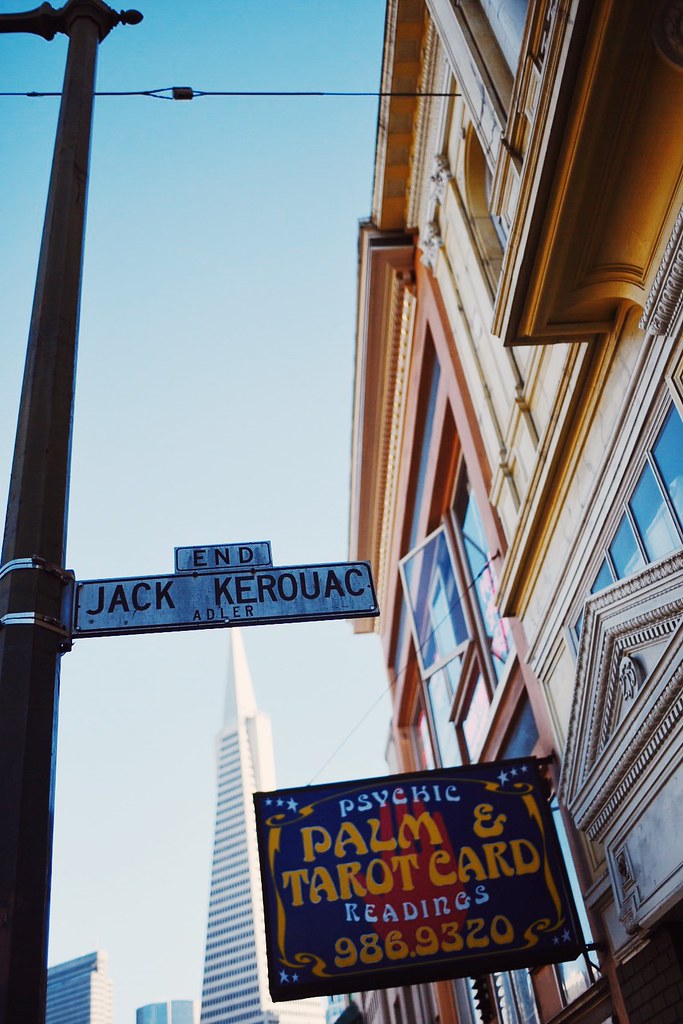 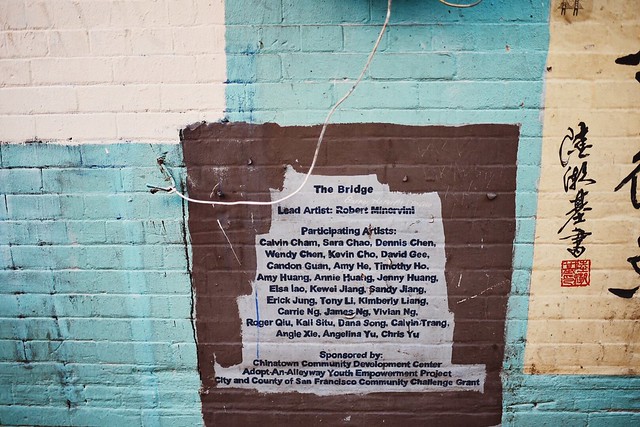 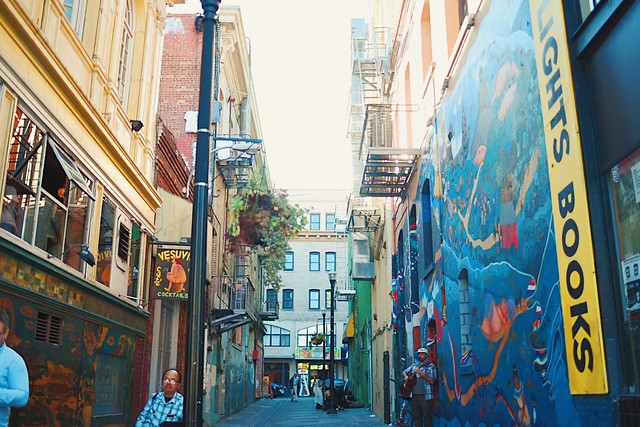 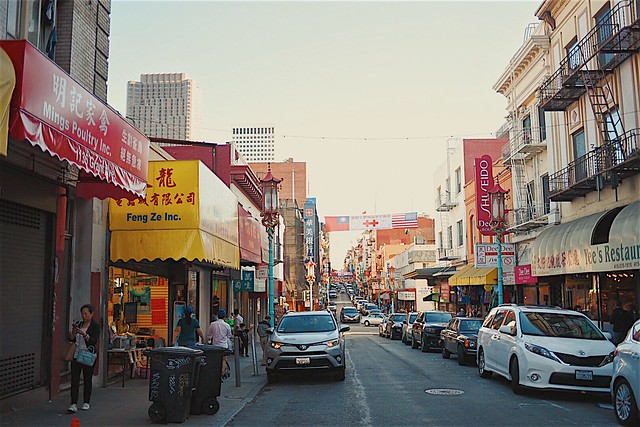 You pop out on the other end in Chinatown! Which is pretty funny because now there’s a resurgence of interest in Asian literature so its like you go into this Western literary route of passage and pop out in china hahahahahaha.
Ok after that I just walked around till I hit the pier again, then I got my luggage and went to the airport. So happy that I managed to squeeze in a bookstore visit in SF, I think the moment i passed the threshold of the bookstore was when I truly fell in love with San Francisco – prior to that we had gotten along amiably, pleasantly. But the bookstore to me represented so much more that I couldnt help adoring the city vis a vis its lens – and I suggest you all take a gander if youre in town too x