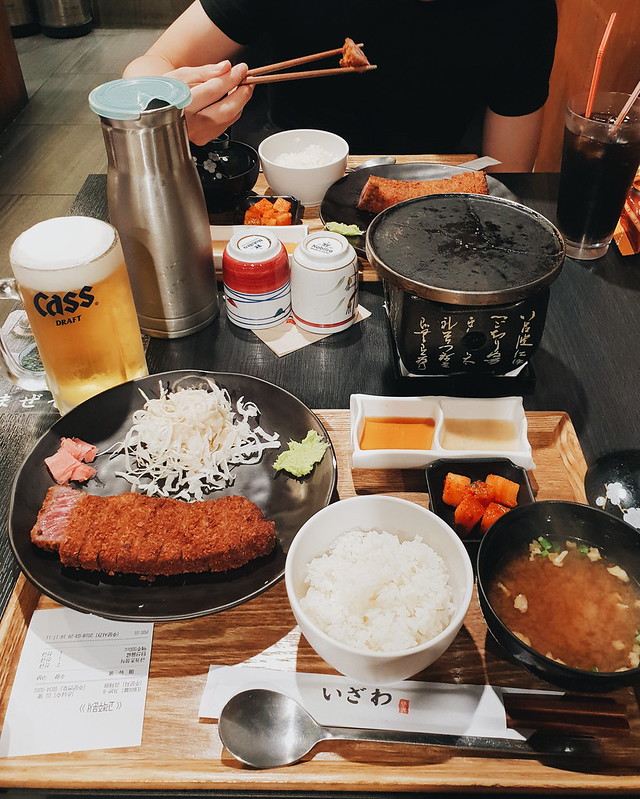 Seoul, Korea
One of the best meals I had in Tokyo was preceded by a 45 minute queue winding down a tiny stairwell and spilling out into the streets of Shibuya. It was a katsu joint, but instead of them delivering a readymade katsu meal to you, you were served meat and a hot stone where you could sizzle the meat to your personal levels of perfection. The meal was so incredible to us that my sister ordered an extra 150g of meat despite being totally stuffed, and when I pointed out that she’d been complaining about totally overeating the entire trip, she told me to stop being a hater.

Good times, in other words. My sister and I sometimes remniscence about that meal fondly, but I never thought I’d be able to have it again unless I could somehow find my way back to Tokyo. Which explains why I was so suprised when I saw it sitting in a quiet alley in Myeong Dong during my trip to Seoul in March, and doubly explains why obviously I had to go in.

Now, I’m not sure if this is related to the Tokyo eatery I went to, but it shared the same concept. It was located in the basement of a building which was accessible by street level stairs, and you could order gyukatsu which came with a hot stone as well as unlimited refill of miso soup and salad. There were other options too, like pork donburi and beef bowls, but both Martin and I opted for the Gyukatsu because it was featured on the signboard and so was probably the signature item there.

I’m just going to say right away that Martin did not enjoy the meal, he was perplexed at the concept of having to cook his own food (“isn’t that what you pay service charge for?! The service of cooking!?”) and he likes his meat well done, so the option to control the level of rareness is pretty useless to him and just an additional step of trouble. Which are all perfectly fine reasons to dislike a meal. But I personally like my beef done medium or medium rare, and I also find it pretty fun to cook my own food because I like gimmicky things. So I loved this.

That’s all I really had to say about this place, I’m really just documenting this meal here because many people wrote to me to ask about it after I featured the meat on my instagram stories. It was a good meal for me and I would definitely go back. All the slices of meat I cooked tasted delicious to me and gave me a sense of validation that if I were ever to change career tracks, I would obviously have a great level of success as a chef. This may be a totally false belief, but the happiness I got from it was real, okay. 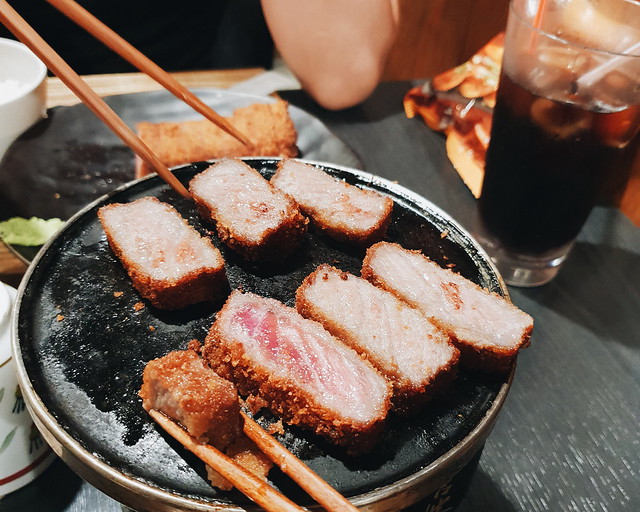 I will say one thing about the meal, to end off this post. How on earth do they cook the outside of the cutlet to such great crispness while leaving the meat inside totally rare? I know I can probably find the answer pretty quickly by running a google search, but then some of the magic would be lost, methinks. Thus I continue to wonder occasionally about the perplexing complexities of culinary science, and life goes on.