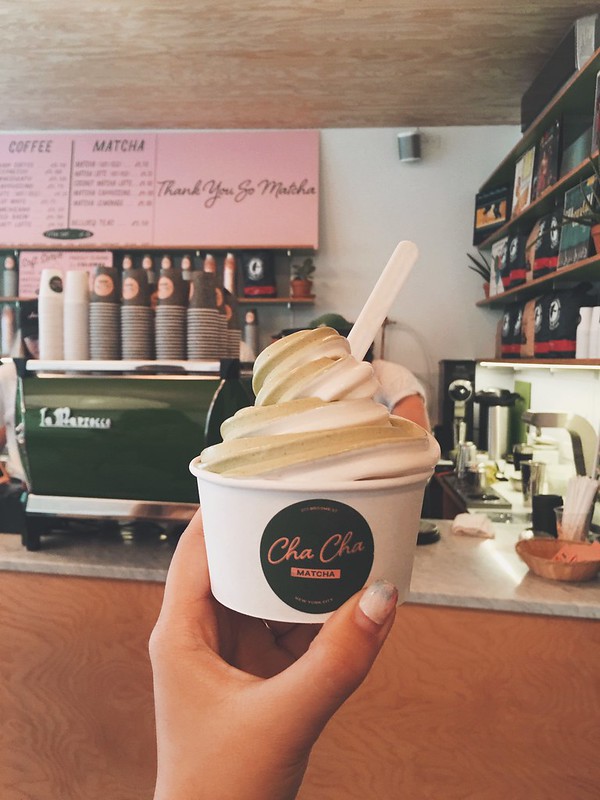 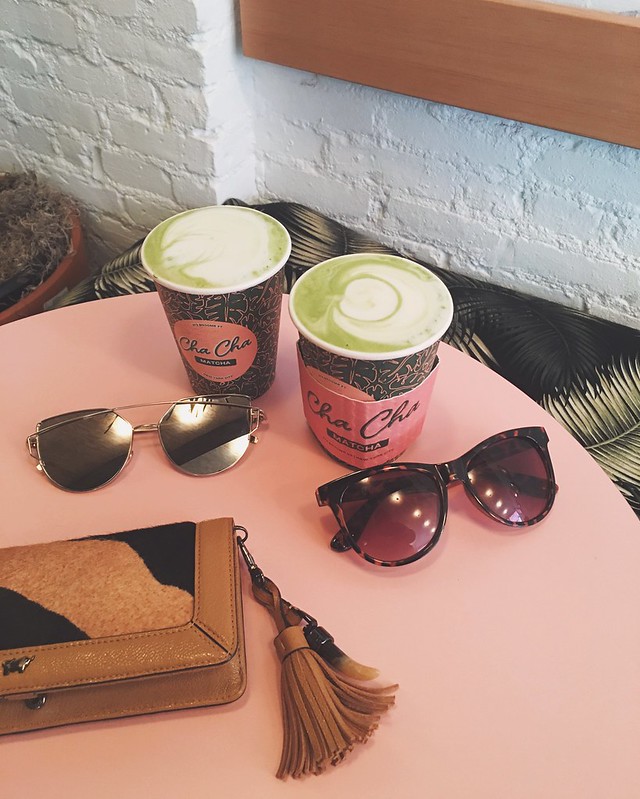 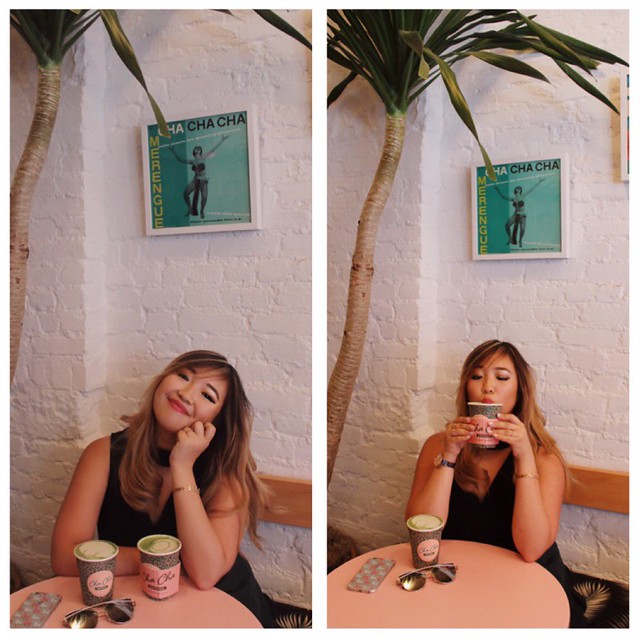 Apologies, guys, the Mocha Monday series that I was so enthused about at the start of last year seems to have taken quite the hiatus. The semi-regular in semi-regular feature being taken far too literally, if you will. But here I am again, and all I have to offer you by way of apology is this: a scathing sense of sarcasm, and also a gentle reminder that everything on this blog is free to read, FREE, i say! So, chill, yknw?

Anyway. I hit up Cha Cha Matcha on my last day in New York. It opened my last week there, actually, and immediately instagram was hit with a flood of pictures from the place, which looked like it was built to cater exclusively to hipsters and instagrammers. And indeed, when I stepped in, my first thought was: this is where hipsters go to die.

The first warning sign? Cha Cha Matcha is card-only, which means it doesn’t accept cash, at all. Because cash, ugh, you know? So mainstream. And in this cashless, trendy cafe, walls are decorated solely for the purpose of being backdrops to your perfect instagram photo – pink and green chairs, leaves, coffee cups. You can’t fault them for that: it’s working. People have been snapping this place nonstop since it opened, and it’s not tough to see why. The place is decorated like Malibu barbie’s pad on drugs. Like Katy Perry’s california girls song became a person and threw up all over the walls.

Was it too much to hope that a beautiful place like this would serve good matcha as well? Apparently so.

Our matcha tasted like nothing. It didn’t taste bad, you understand. It just didn’t taste like anything. Confused? So were we. We ordered both the classic matcha latte and the coconut matcha latte and they tasted exactly the same, which is to say, like an empty drink void of taste, that kind of left a little bubbly feeling on your tongue. The soft serve fared a little bit better, because you could actually tell it was matcha flavoured, if largely because it was half green. But if you’ve actually tried any decent matcha before, this brings nothing new to the table.

It left me wondering: what was it? Why were people raving about this place? Were they all brainwashed by the cute interior? Or had they simply never tried proper matcha? Or – best case scenario – were we the unlucky ones who got a dud batch, and did everyone else get heavenly tasting brews? Our answers were granted a week later, when another girlfriend went to CCM after seeing my snapchat. Jem, she texted me, Cha Cha Matcha sucks. Lol. Fullstop and all.

The real question, I suppose, is: does it matter? In an era where taste is fleeting and photos are forever, it seems that the six bucks you pay for a crap latte is really an entrance fee to the hippest photo prop for instagram right now. I sure paid my dues. Don’t we all? My only hope (and a fervent one), is that this doesn’t become a trend – substandard kitchen fare giving way to the perfect pastel paint job on the wall. Is it too optimistic? Or are we already there? Say it isn’t so!

When all is said and done, will one lonely pessimistic review on the net make a difference? Of course not. People will still flock to the place for it’s pink walls and green decor, and I don’t blame them. Ah, this instagram life! So be it.