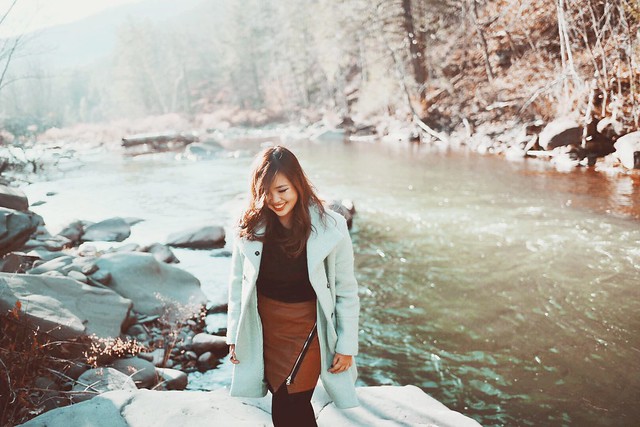 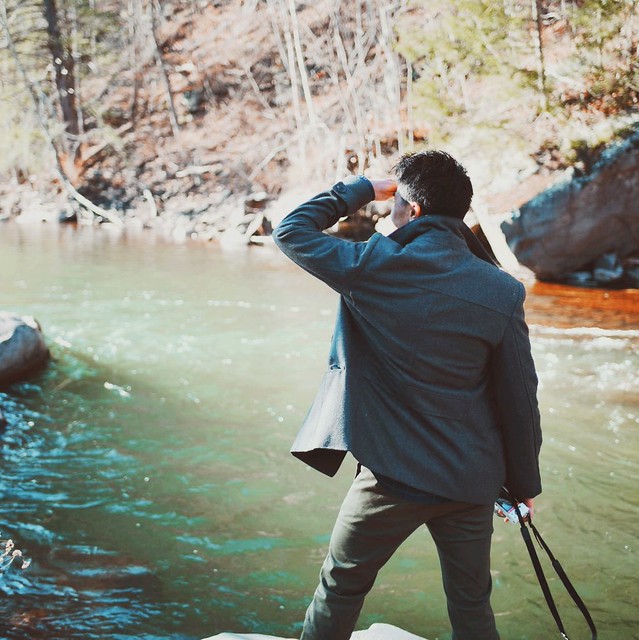 If I said I were the outdoorsy type, I would be lying. One with nature I am not. I prefer my day to day life regulated, with reliable transport, data, and stimulation: addicted to the grid, I am 100% a city girl. But occasionally I get cajoled into trying new things, and so my first ever outdoorsy roadtrip with friends was hence decided on, and last year end Georgie, Jackie and I did a weekend out of New York City to the Catskill Mountains.

This is not my first road trip – I’ve done a few of them back when I was living in Germany, but they were always to neighbouring cities like Berlin, or countries like Amsterdam, Switzerland, etcetera. There are two ways you can road trip abroad – rent a car, or carpool. *TIP*: Generally the more people you have the easier/more cost-efficient it is to rent, but if youre non-licensed and/or road tripping in Europe alone/with one other person, you might wanna check out blablacar, which saved my life (aka finances) over and over again in Europe! 🙂

Anyway. Carshare-roadtripping isn’t as common in the States as far as I know, and also, a thing that is common in the States is the Hollywood trope of people getting into unfamiliar cars and dying in all the movies, so, no thanks. We rented a car. It’s not hard to rent a car in New York City, they have a ton of random pop up deals that give you huge discounts on last minute car rentals or whatever, so all you have to do is a quick google search. And off we went! 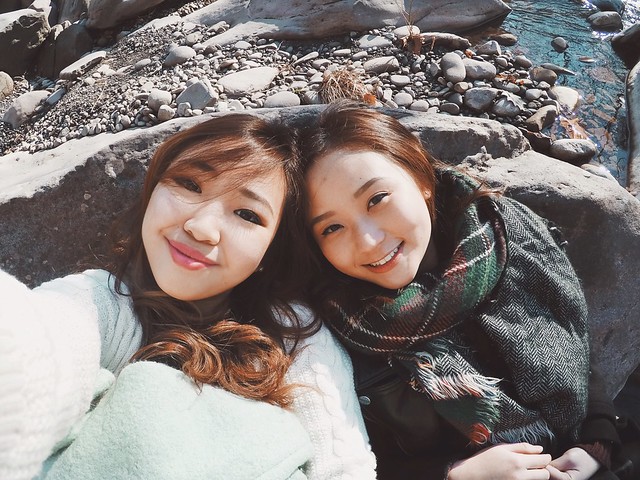 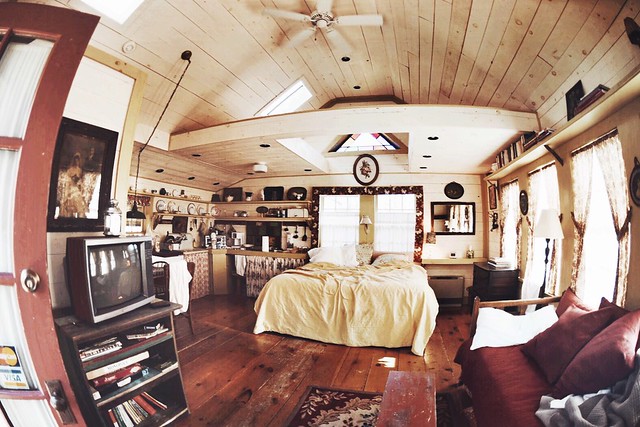 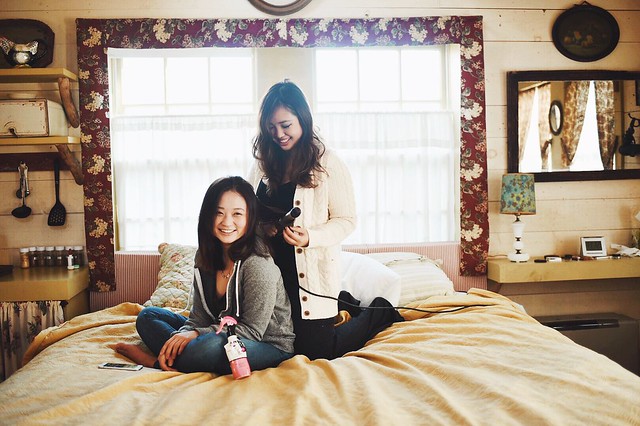 We stayed in this lovely Airbnb in Chichester. I don’t know how to describe what Chichester is, exactly, it seems to be a small settlement that’s just a little outside of Phoenicia, a small town that is really one long street where you can get food, takeout, or take a yoga class if you so desire. But all these things: shops, towns – they’re just functionary, for you to get food, groceries, rent a video, that kind of thing. The charm of Chichester lay in the surroundings, and much of how amazing this trip was had to be credited to our Airbnb cottage. The cottage itself was a self-contained place with cooking facilities, a restroom, a double bed, and a sofa bed. Very cozy. We watched horror movies at night (Cabin in the Woods, anyone?) and played a ton of monopoly, which I have to say, I am a champion in. Self declared.

But the really amazing thing about it was how the cottage opened up to the stream – we had a private swimming hole, and although it was too cold to swim, it was still amazing to look at. We cooked breakfast (*TIP*: Always book an Airbnb with a kitchen!) and brought everything down to the stream – there were giant river rocks just waiting for us to perch on. Perfect. 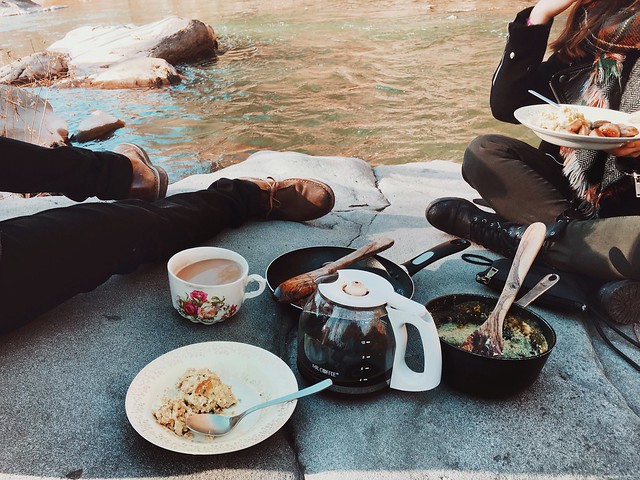 Bit of a balancing act – see how the coffee in the huge mug is slanted? 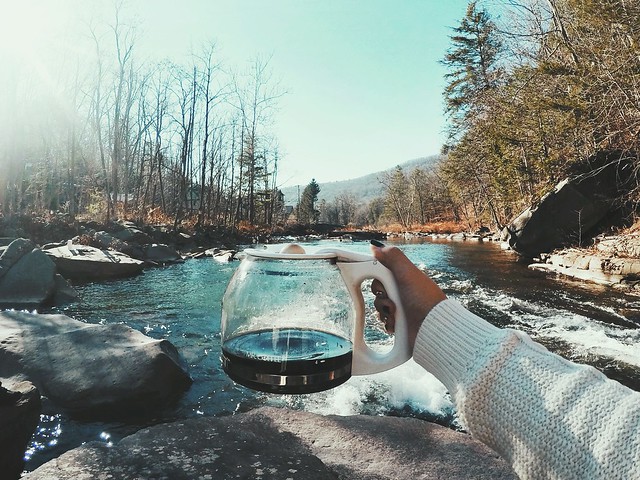 One of the best ways to take your coffee in the morning…
Incredible. Would stay again in a heartbeat, but my very adventurous girlfriend decided it would be a great idea to go see a waterfall, so we cleaned up after breakfast and off we drove. 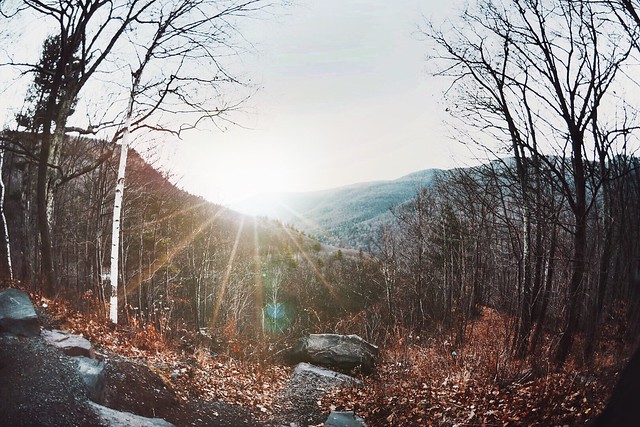 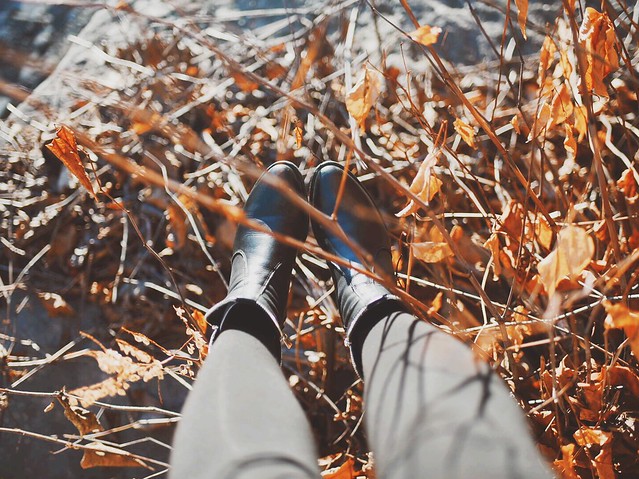 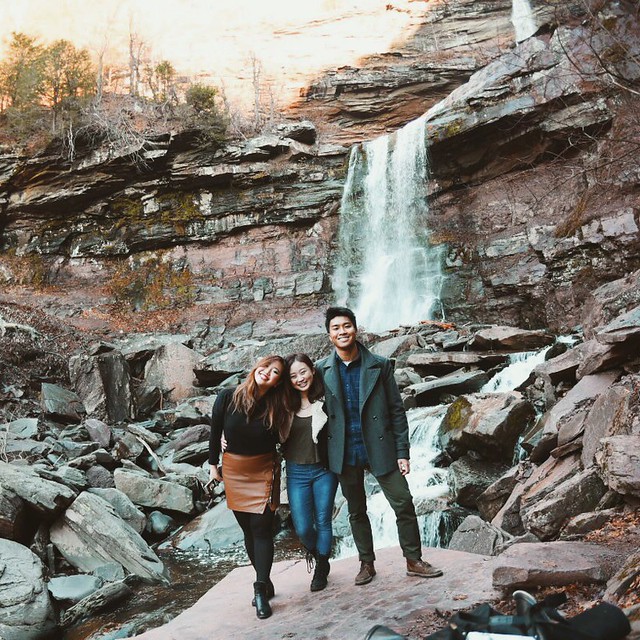 She didn’t tell us it involved hiking so I turned up in boots and a leather skirt, and Jackson wore dress boots and a peacoat. And everyone laughed at us. 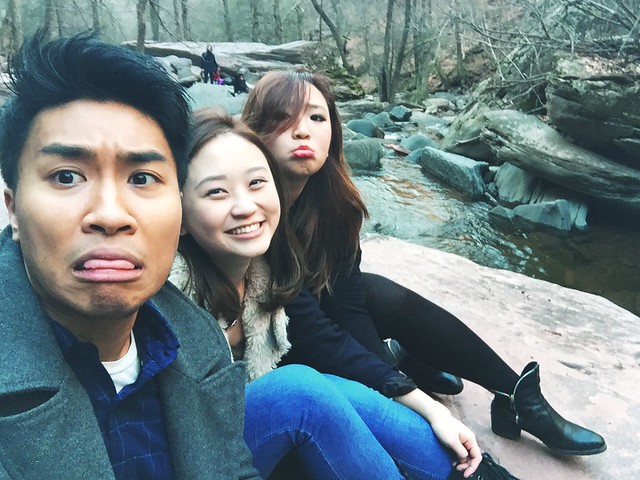 But ok, the waterfall was quite pretty. There’s another smaller waterfall on the hike up, and when I saw that about five minutes into the hike I was like ok cool here we are. But noooooo, the real hike was much longer, and Jackie and I were wearing totally unsuitable footwear so we (or I?) nearly slipped and fell several times. It can get pretty rocky and steep so at some points you’re nearly on your hands and feet! But the view payoff is really good, so I guess I’m not complaining – I would say it’s even prettier than the Rheinfalls in Switzerland, possibly because you dont have to pay a ton of money in entrance fees to get to it.

The rest of the weekend was spend gamboling around the mountains and trying not to fall into a swift-coursing river and die. AKA it was great! Internet access is pretty awful when youre on the roads which means your personal bonding is awesome. We hit another small town on our way out and had some of the best soup I’ve had in my life. It’s all so random but isn’t life? Life motto kids, write it down.

It always amazes me how Americans (and Malaysians, and Australians, and Europeans, and I guess anyone who isnt in Singapore) can just get a car, drive a bit, and hike a mountain or roll around in some nice scenic field or something. The option to do so is not one I would exercise often, in all honesty, but it’s nice to have the option. And when you do do it, it turns out to be breathtaking.

Till the next one x 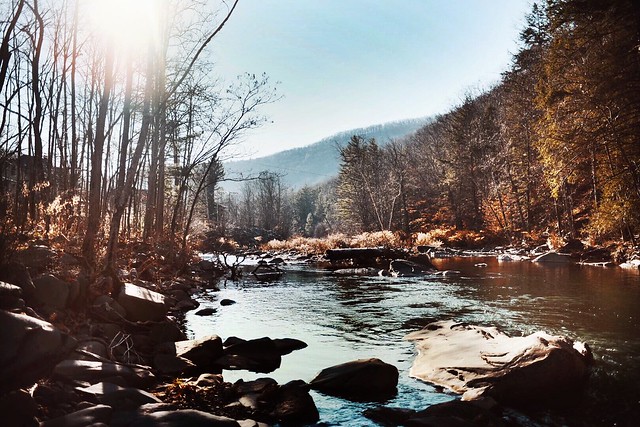