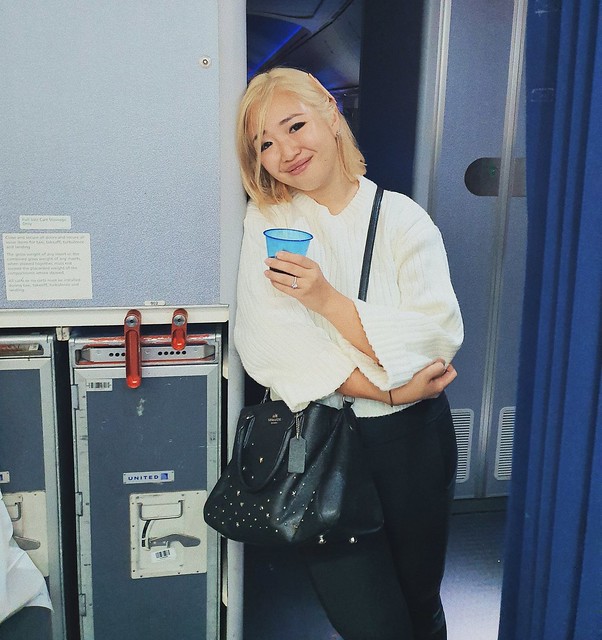 Here I am in transit at San Francisco Airport, waiting for my flight to New York, which will then propel me headfirst into a dream which has been a decade in the making. When I first said, at 18, that I’d move to New York some day, everyone dismissed it as the words of a young dreamer. At 23 I said again I would move there within five years and people were amused at the conviction of someone who could not possibly know what she was declaring. Occasionally I catch echoes of the same sentiment in myself, and know that I might have eye-rolled my 18-year-old self too. I have reminded myself many times over the last few years not to laugh off the airy dreams of younger girls. I hold the naïveté of hopefulness in both hands and blow on it.

But it is not New York the physical space that I seek but the heterotopias of my mind. I want to stand at the cross junctions of metropolitan chaos and watch it collide with the literary heartbeat of the city. I want to watch the ways a people can be both chained and set free by ideals. There are things I know I am looking for and things that I can sense but cannot yet name. I am starting at my dream school in my dream city and I cannot help but wonder if I have reached the dream version of myself that deserves these things yet? Probably not. And so I am excited but also nervous and afraid. But yet here I am in San Francisco Airport, waiting.

I know it may not be what I imagined; I know the New York in my head has formed out of half-impressions from a nostalgic age. I know it may not be all I’ve dreamed of. But the difference between that dream and my reality is what I find myself searching for. In that space between realities I will make my own. And then we shall see.