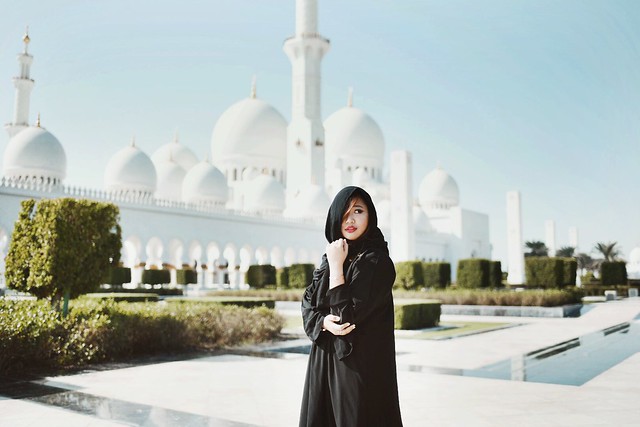 I did Abu Dhabi last October with Etihad Airways, and came face to face with the realisation that my dressing, which I till then had thought was relatively conservative, was actually atrocious by Middle Eastern standards. When plunging into a new culture it is only polite to respect their cultural boundaries, which meant that their rules of dressing (no bare shoulders, no cleavage, nothing falling short of your knees) had to be adhered to. Thus commenced days of panicking over pairings, rummaging through the wardrobe, and googling frantically: how strict are these rules, and did they mean rules, or suggestions? Ah, desperate times.

In any case, I am glad to announce that we got kicked out of exactly zero places, which I’m going to take as our having passed their strict dress code rules. One of the things that came up while searching for visual wardrobe references online is that there are virtually no guides on how to dress for Abu Dhabi (think Dubai, but more conservative) despite it being both strict and hot (no hiding behind a trench coat here), so I figured – why not? 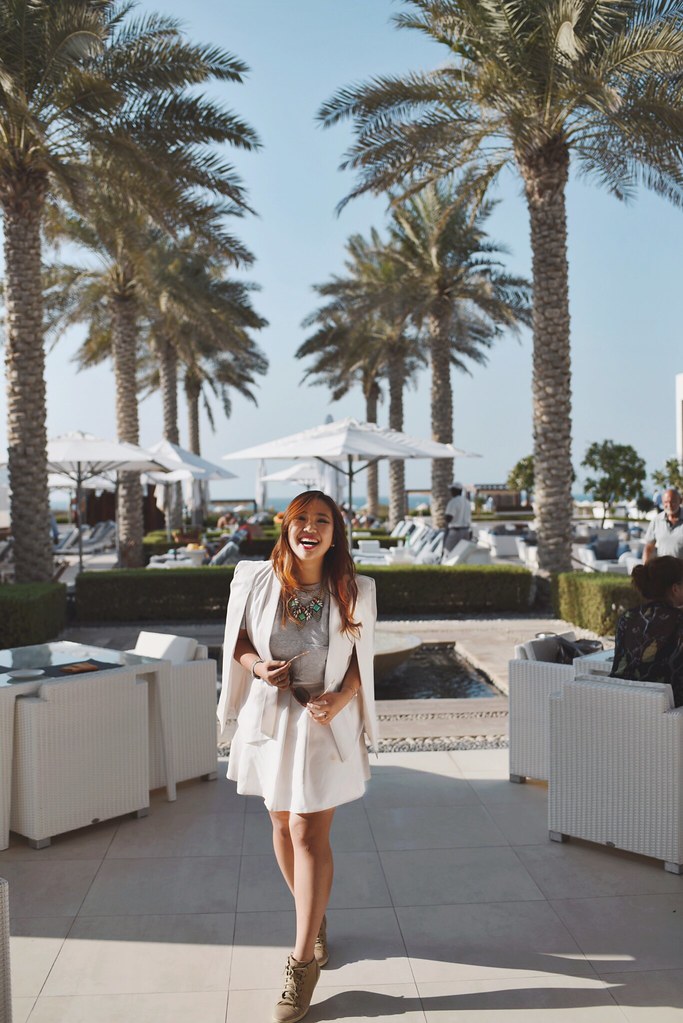 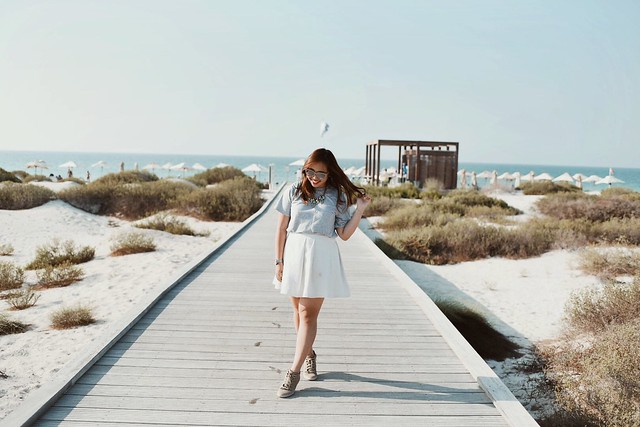 God knows how long it’s been since I’ve worn a t-shirt. But the no-bared-shoulders rule made it something of a necessity. The problem with T-shirts are, they’re so damned plain. I piled on the costume jewellery for this one, and layered a cape blazer over to dress it up – too warm for a proper blazer in Abu Dhabi! 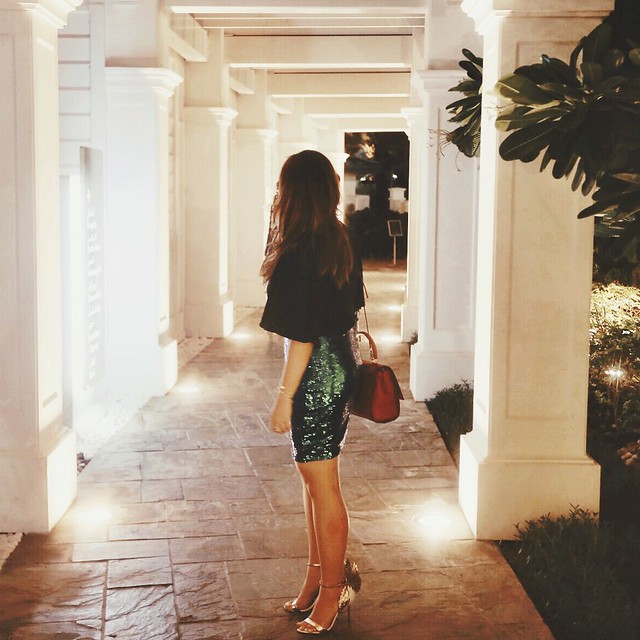 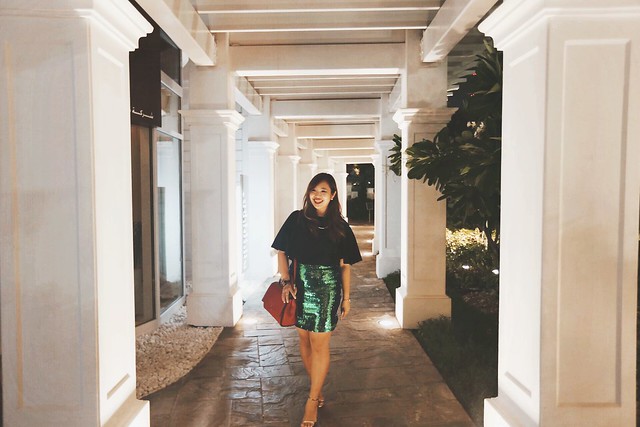 This is one of those tops that never seemed to go with anything back in Singapore.. but when paired with a tight, sparkly skirt in a city where bared shoulders are frowned upon, it somehow was just the right amount of dressy while more importantly not roasting me under the heat. It was apparently one of the cooler months when we were there, but trust me: it felt anything but! 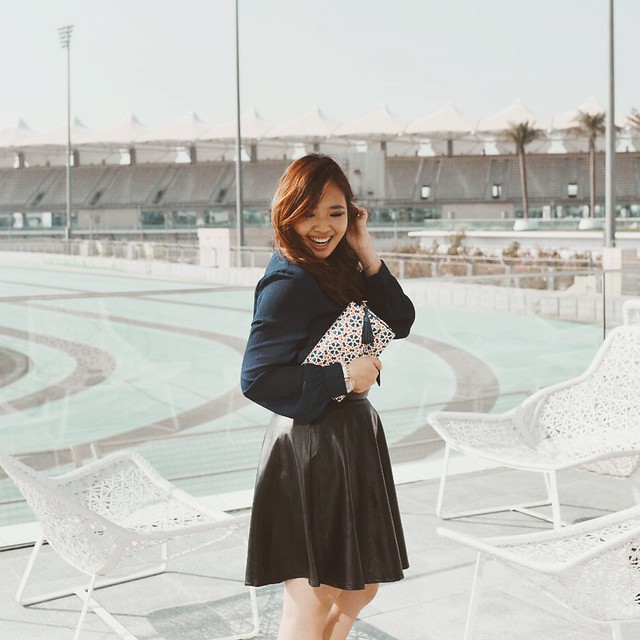 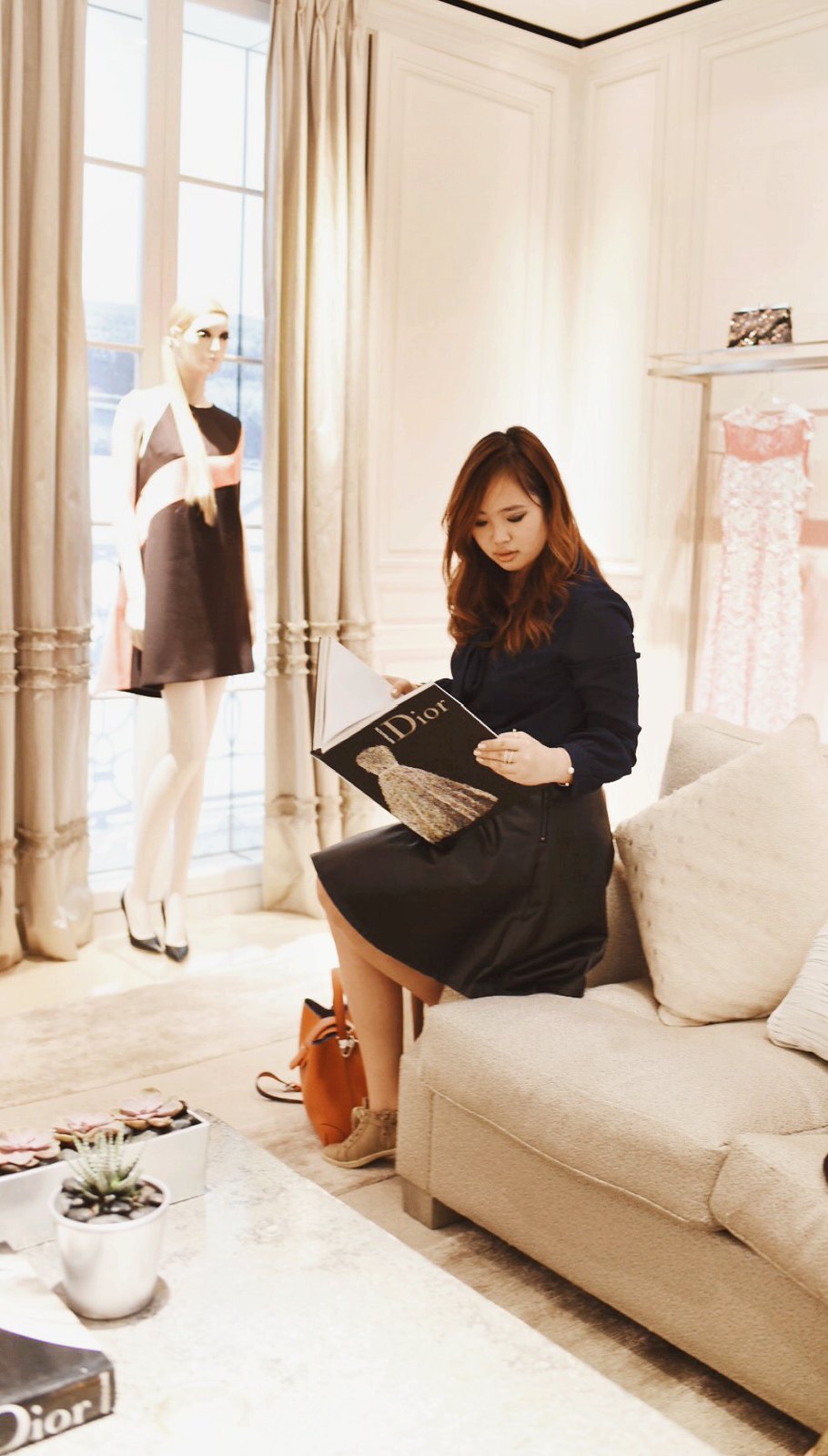 There are limits to how many t shirts or mid sleeve tops one can possess… but when resorting to long sleeved ones in such a warm city, go for something made of sheer-ish material. Thankfully this one was made of thin enough material to be breathable, and that it actually matched a black leather midi was something that surprised me as well. Still, it worked. 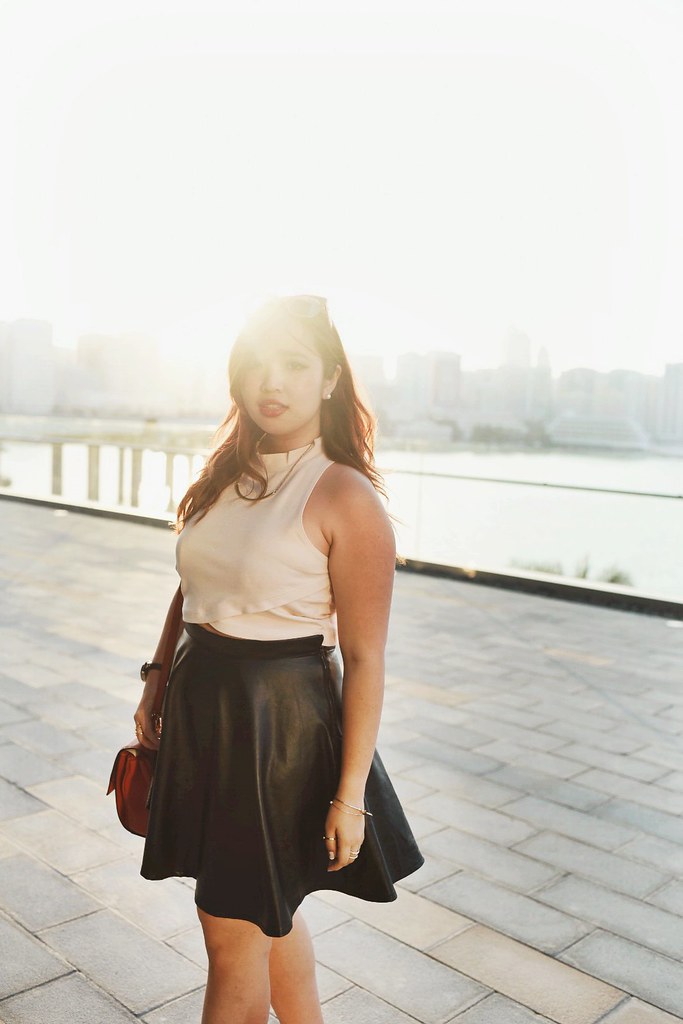 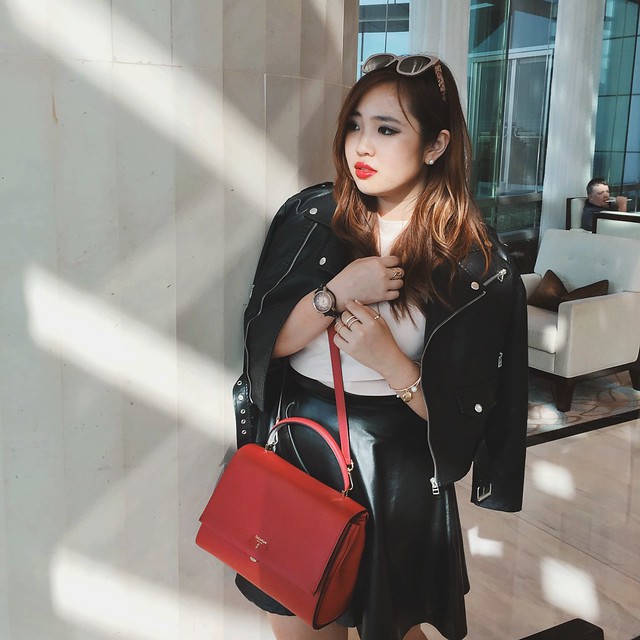 Ah, the leather jacket. Once upon a time I would not be seen without it. But how much is too much? Where do you draw the line between possible heatstroke and style?

The great thing about a mid-waisted leather jacket is that it looks good draped, worn, or carried. I opted for the drape for obvious reasons: too hot to wear it fully, draping it keeps it modest, while giving you the option of shrugging it off in private from time to time easily when it gets too hot. 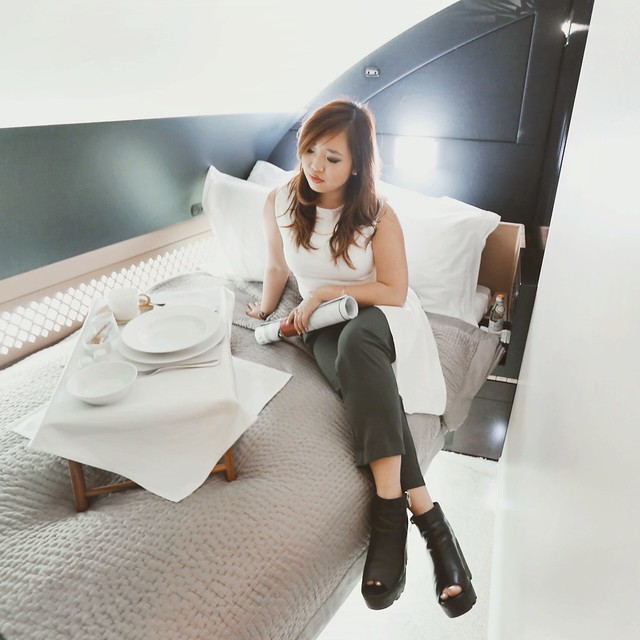 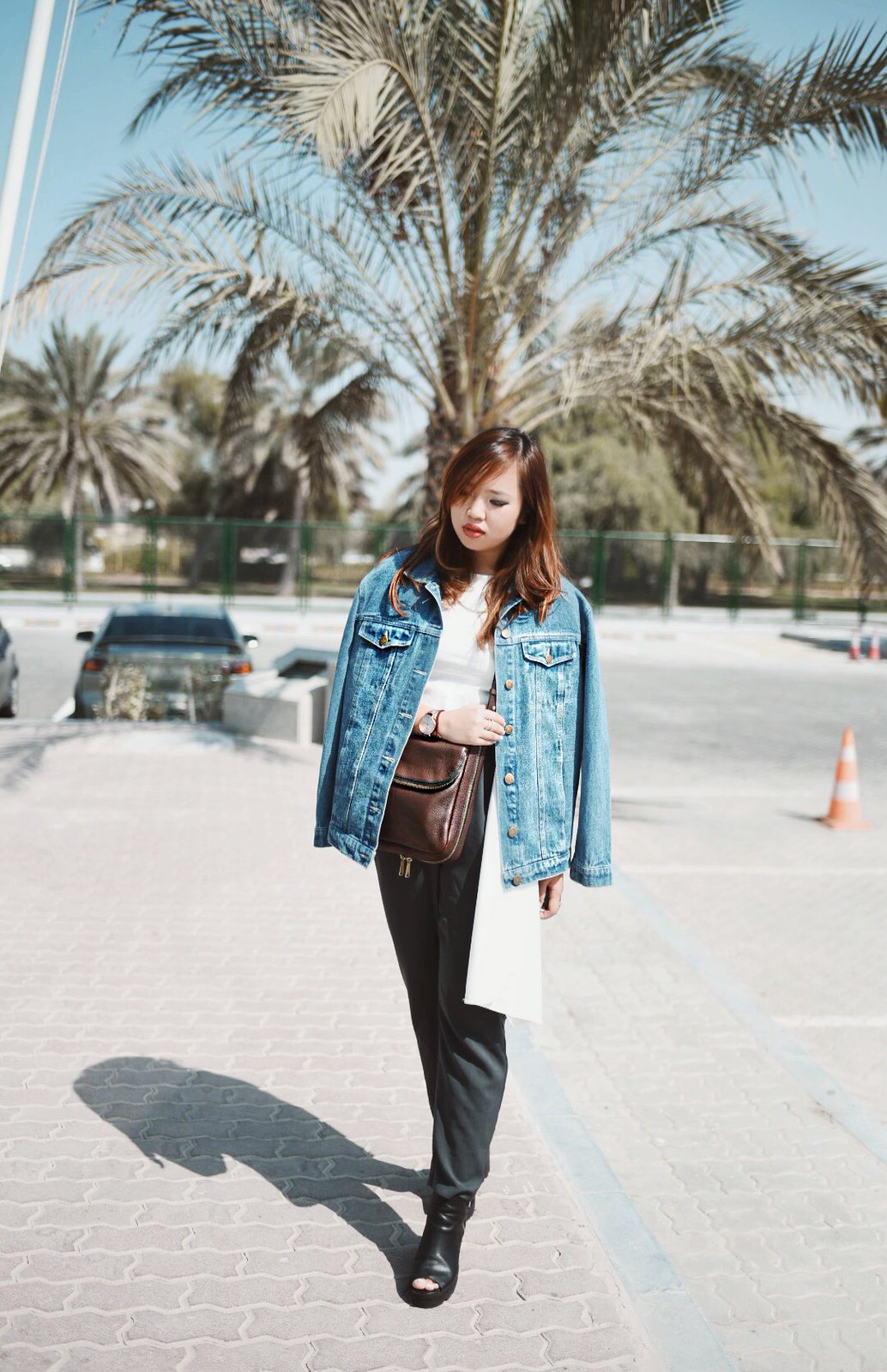 Following the previous point, the drape style really is your best friend in a hot but conservative country like Abu Dhabi. And the only thing more perfect than a leather jacket is a majorly oversized denim one, like this baby from The Fifth label which has become something of a staple for me. It’s so oversized that you never need to worry about it falling off your frame, and dark washed denim goes with practically anything while glamming it up, you know? 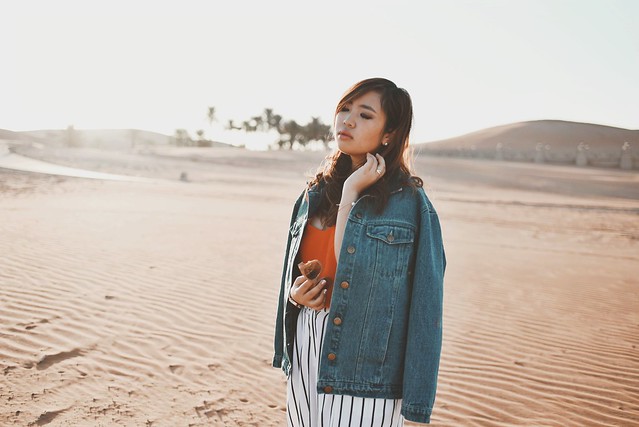 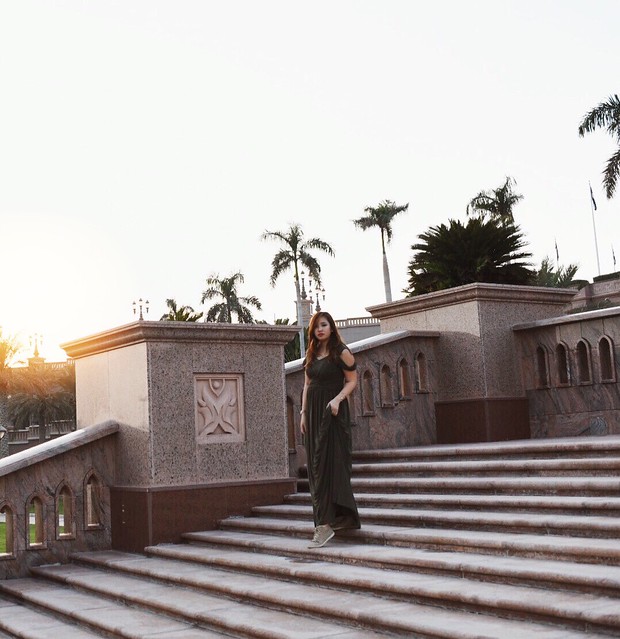 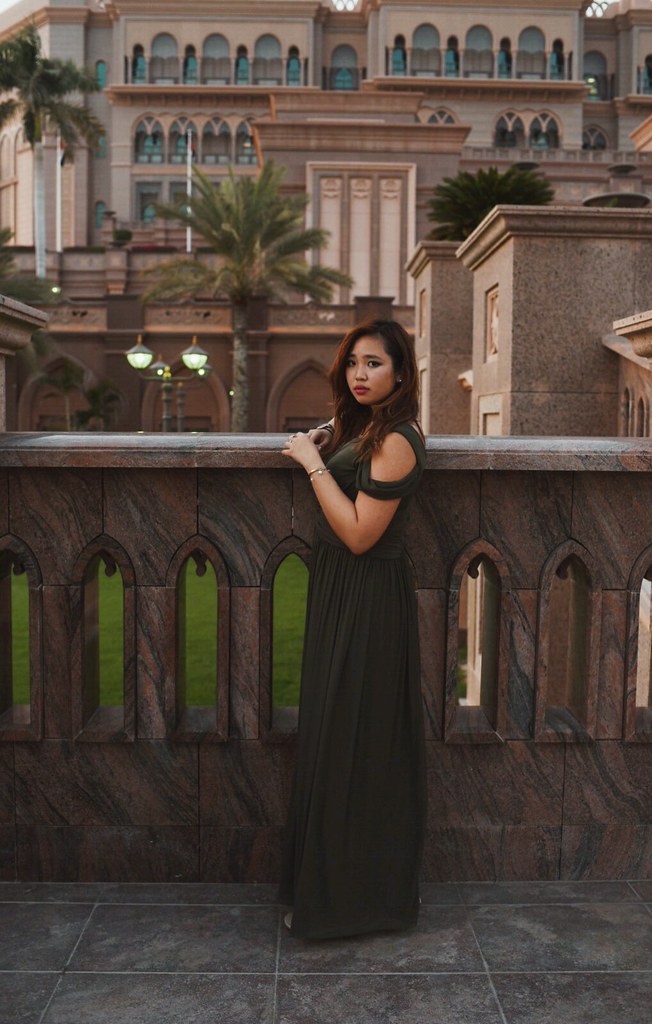 This one is pushing the no bared shoulders rules a bit, but I found that there are places in Abu Dhabi where the dress code isnt as strict – ie. the desert, and formal places – not that they’re a green light to show up in a buster or tank top, but they’re a little more focused on the overall of your outfit rather than the gritty details. So a semi formal maxi like this? No eyebrows raised at all.

I wore this to dinner at the Emirates Palace, which despite its name, is really more of a hotel and fine dining place than an actual palace when the royals reside. Although I wouldnt be surprised if royalty did pop by to stay from time to time..

Alright, so I think that’s about it. Six looks for Abu Dhabi, a city so unlike any other that something as arbitrary as a dress code shouldnt stop anyone from considering it as a potential destination.. And I hope this post has helped any of you looking to pop by the UAE! It really was a fantastic trip, but you dont have to take my word for it – come and experience it with me:

Thank you for your generosity, Etihad Airways!