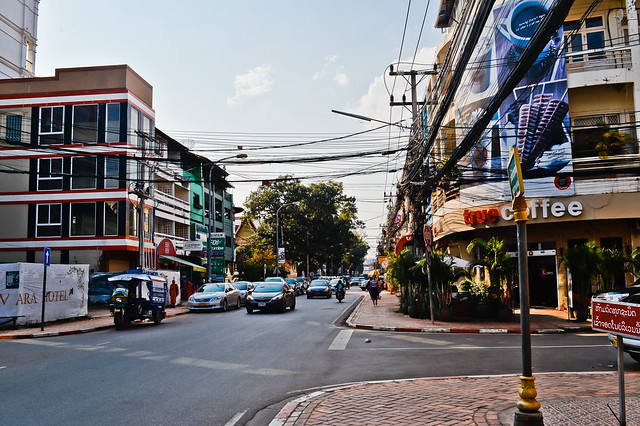 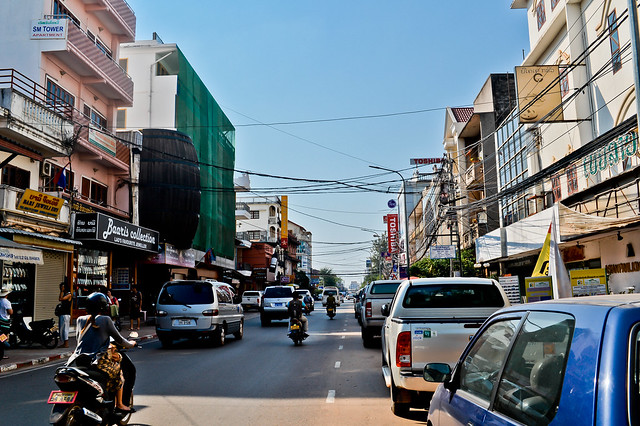 All photos taken on the Nikon Df on a 35mm lens. 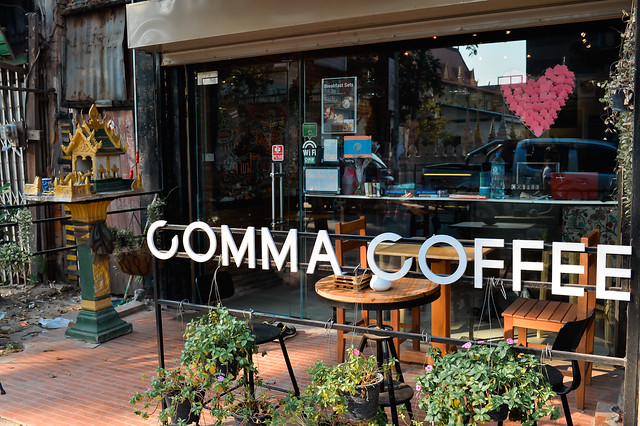 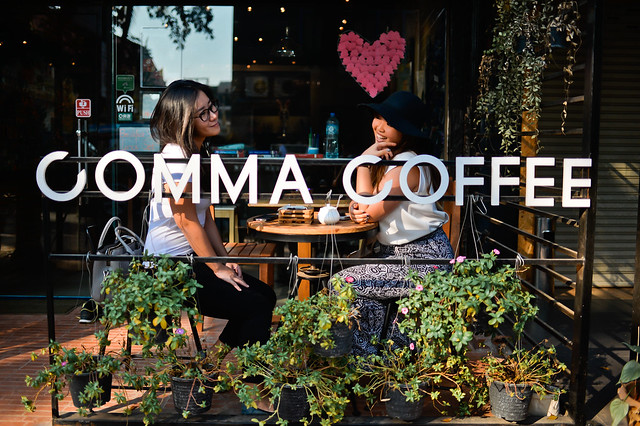 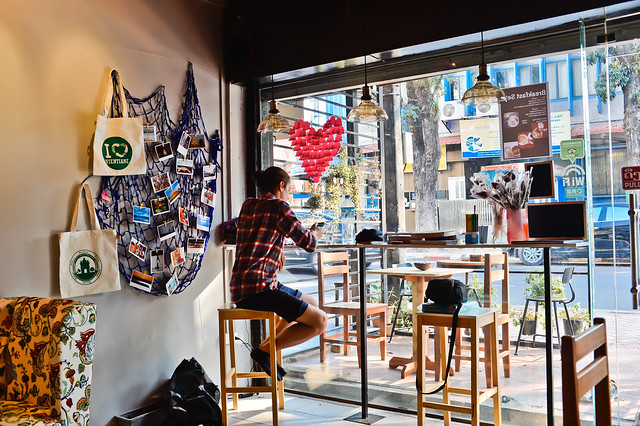 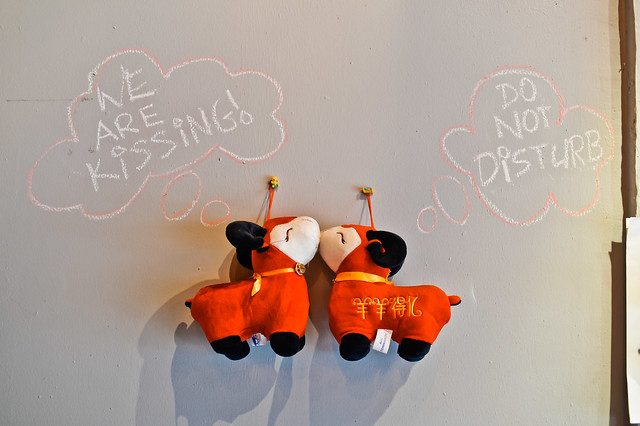 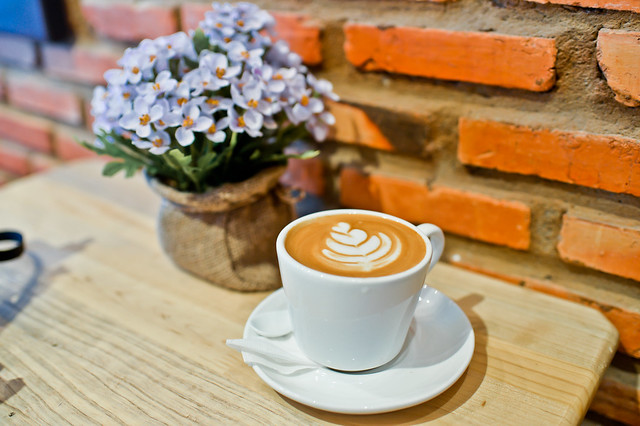 Comma Coffee
We hit Comma Coffee first because it was the top listed cafe in Vientiane. It was the place where I learnt that Vientiane was a sort of coffee mecca, with home roasted beans and premium brews. Laotian coffee, as I mentioned in my Luang Prabang BSG, is an intense sort of concoction, but that’s their traditional brew – most cafes in Vientiane serve their cuppas in a much more familiar western style of Latte, Flat Whites, and Cappuccinos.

The coffee itself was smooth, and I would imagine – a hit with tourists or travellers keen on the safer options after spending some time experimenting with the kick of traditional laotian coffee. I had a flat white, which was recommended by the barista, and I can’t decide if I liked that or the beautiful atmosphere with gorgeous natural lighting better. What sealed the deal for me though, was the friendliness of the barista there – easily the friendliest of all the cafes we hit. He grew up in Wellington, New Zealand, and cheerfully informed us that his best friend was one of the dwarves in the Hobbit.

And isn’t that the best part of travelling? Meeting new people, exchanging stories? We spent a good hour and a half just relaxing in the cafe, chatting casually with him and amongst ourselves, after which he pointed us in the right direction to the best spot in town for catching the sunset. Score! 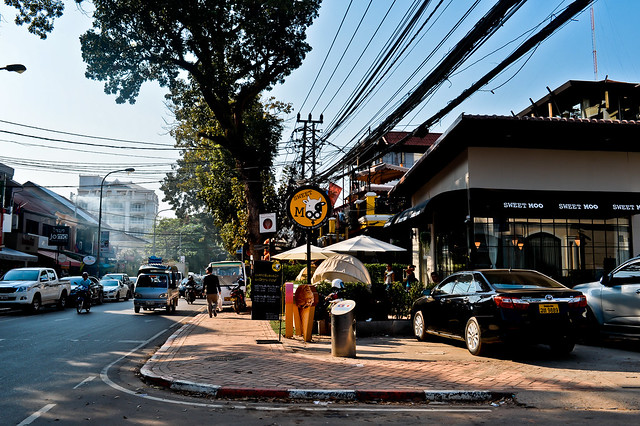 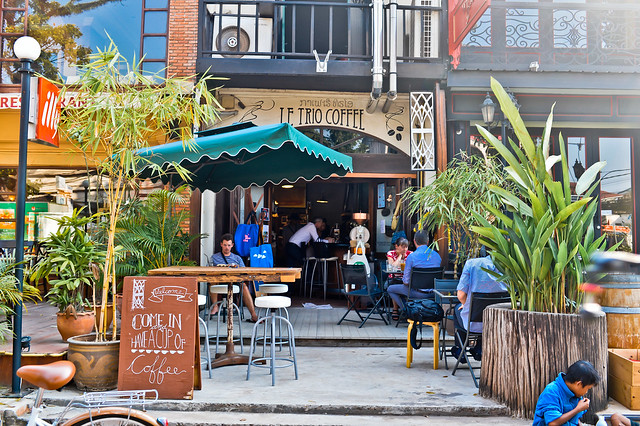 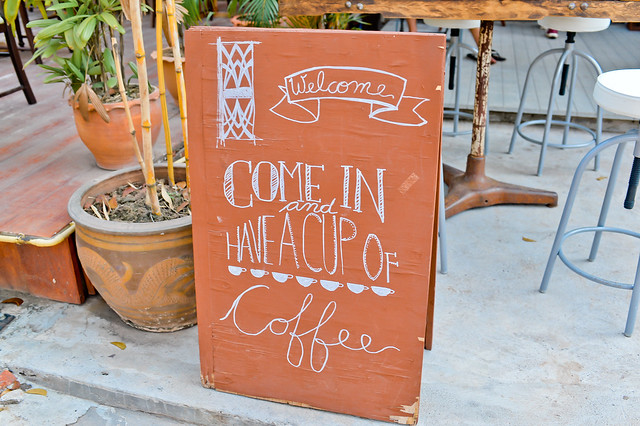 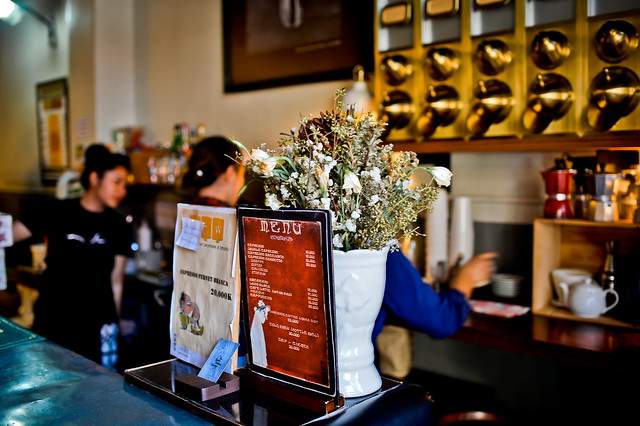 Le Trio Coffee
The thing I remember most of Le Trio Coffee: it was a much needed caffeine slap on a day we were exploring Vientiane mainly on foot. It was probably the best coffee i had in all of Laos, to be honest. Laos used to be colonised by the French, so it’s no surprise that the French cafe influences still remain in pockets throughout the city. In this case, I’m so glad – because I really, really needed that kick. I had a piccolo latte and to me, it was perfect.

I don’t know why i am doing this when i actually hate the show but ok.
Another thing of Le Trio Coffee – while I was waiting for my piccolo, I ended up conversing with another waiting customer in German. He was from Austria, and in my broken German I pieced together that he came specially to Vientiane whenever he was in the Laos-region just for the coffee at Le Trio. The owner is apparently a French born expat who started Le Trio primarily as a roasting company (100% Laos Arabica and Robusta coffee blends!) and then added some chairs and tables to serve coffee as well.* If that isn’t a great recommendation, i don’t know what is.

*Please make exceptions for errors in translation mainly because my German is very, very basic and I may have misunderstood him at some points.. 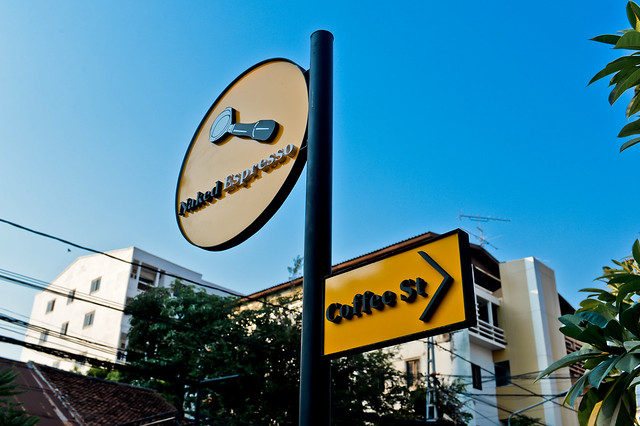 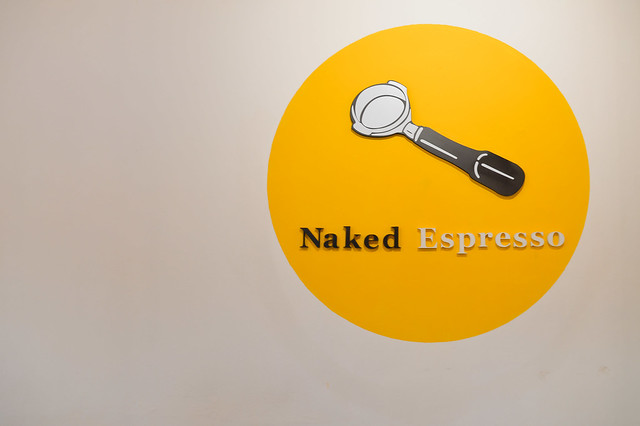 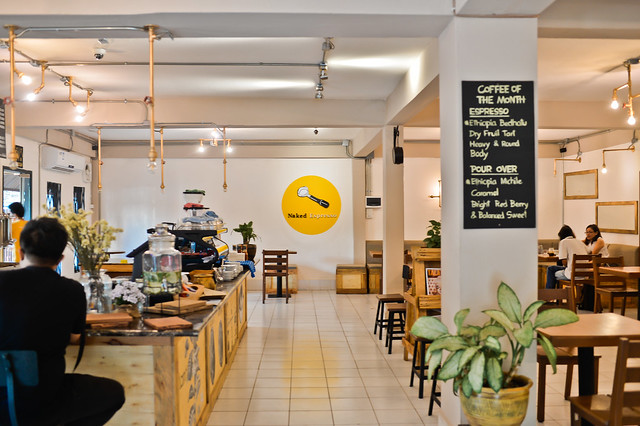 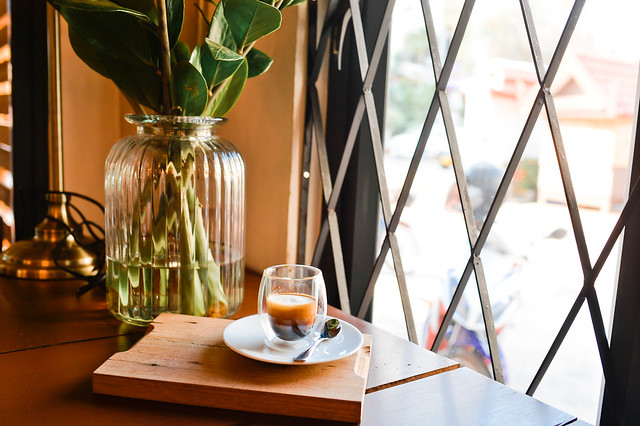 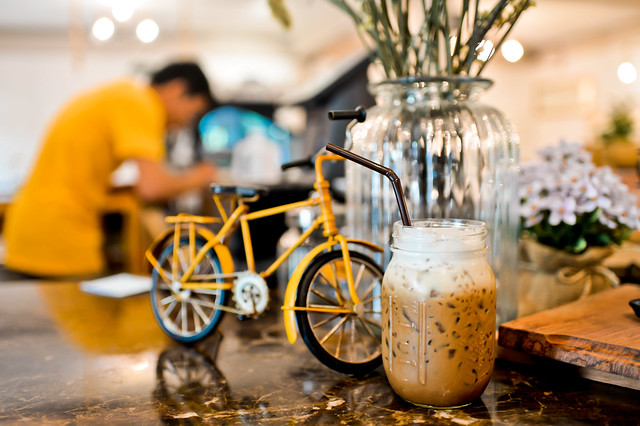 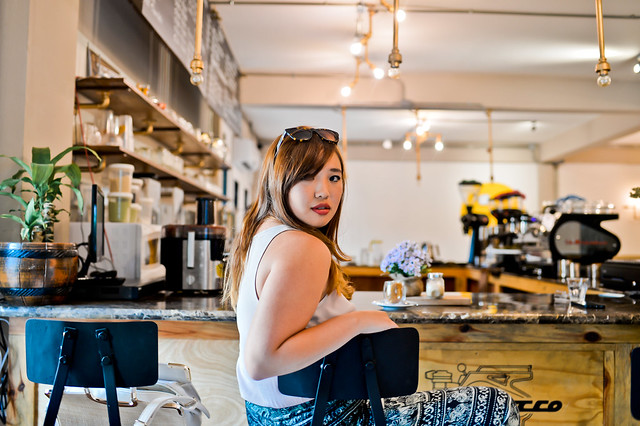 Naked Espresso
Naked Espresso is very, very new. It’s so new we basically stumbled upon it instead of seeking it out – it’s not really listed prominently in any location based recommendations app so far. But I’m so glad we walked in! It was like one of those magic tents in Harry Potter and the Goblet of Fire – the further in we walked, the larger and more spacious it got. Seriously though, this place looked like a tiny hole in the wall from the outside, and the inside was huge.

I like that Naked has great informative chalkboards around the cafe which double as beautiful decorative pieces. They’ve got this huge chalked poster detailing main coffee growing areas around the world spanning one wall, then frames that teach you what the different types of coffee are or what kind of latte art are common/ available. I requested a peacock after looking at their boards (the peacock design isn’t pictured in this board): 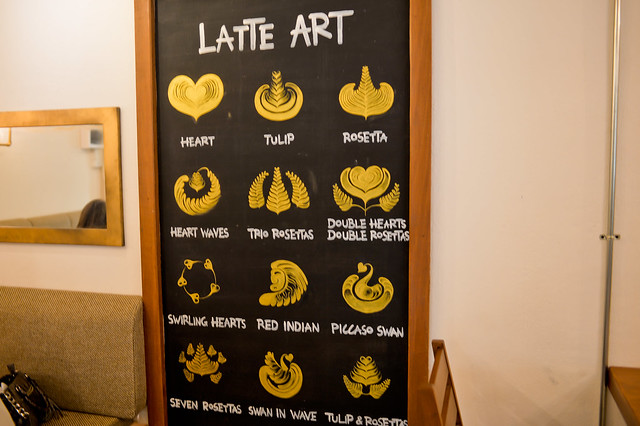 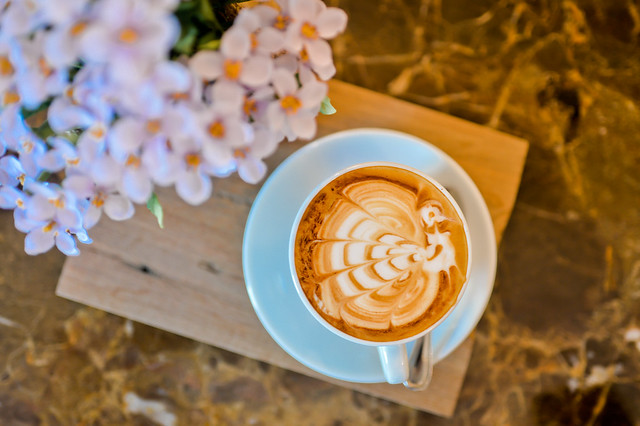 I had a macchiato, but I have to say, though, that their iced mocha deserves a sort of special mention. It was really.. quite remarkable. It was icy but not dilute in the least, it was the kind of gao milo-dreams are made of, it was a pure shot of chocolate. I loved it. Definitely order this if you’re going to be in the area. 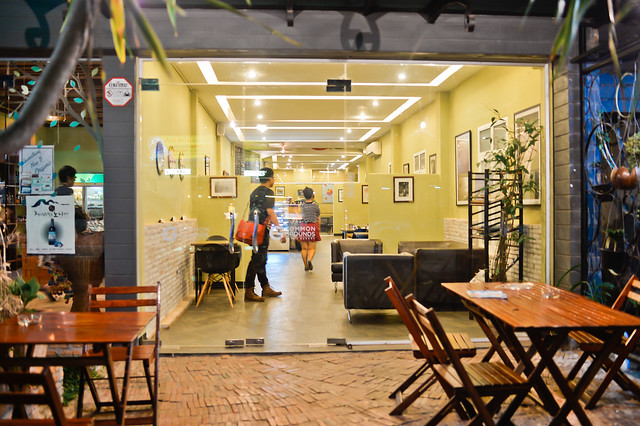 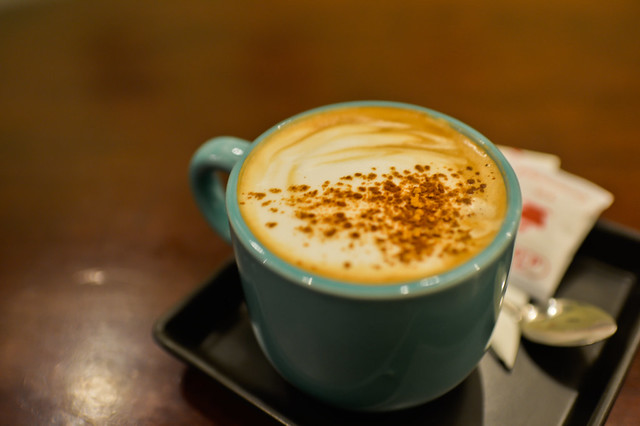 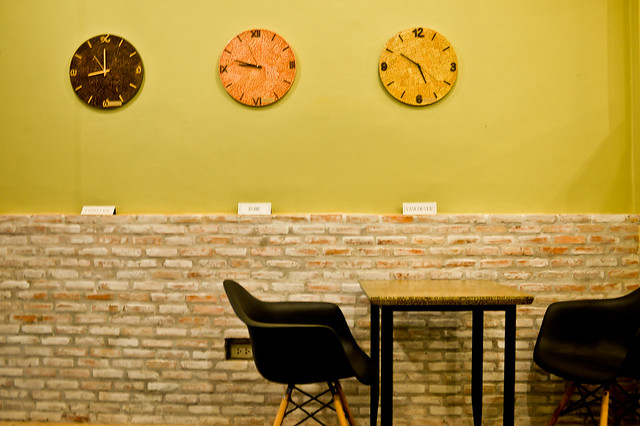 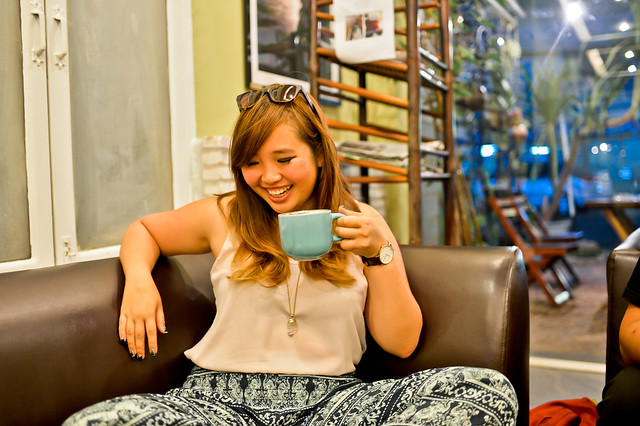 Common Grounds
We came to Common Grounds because it was very, very highly rated on tripadvisor – and to be sure, the coffee was so good that I actually bought their own house blend roasted coffee grounds back to Singapore just so I could keep having it. However, there are a couple of things that detracted from the coffee for me. The lack of latte art, for one, is a dumb complaint to have but a valid one when most cafes rely on the new word of mouth – instagram – for a steady stream of new customers. Secondly, the interior was nothing to shout about – plus points for their little playground catering to customers with kids, but some parts of the cafe were severely fly / mosquito infested, which can really be a huge minus because a large part of cafe culture is the atmosphere of the place. So – great coffee, maybe better for takeaway?

Bonus round! Not a cafe in the traditional sense of the word, but… 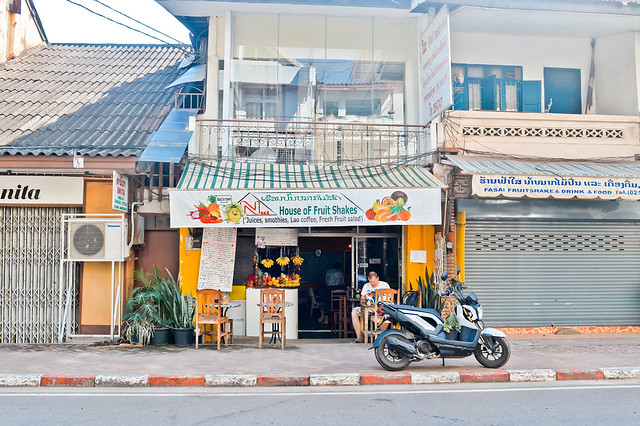 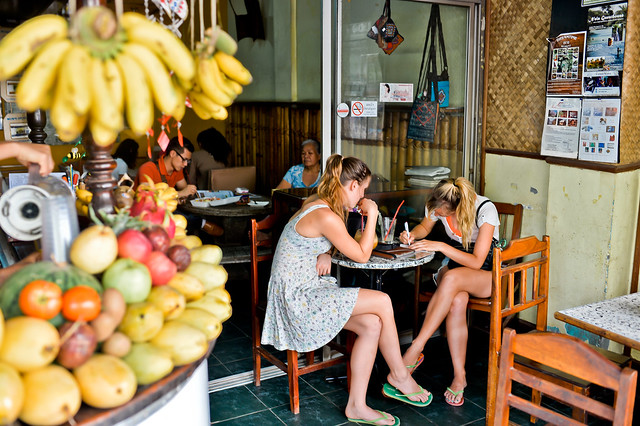 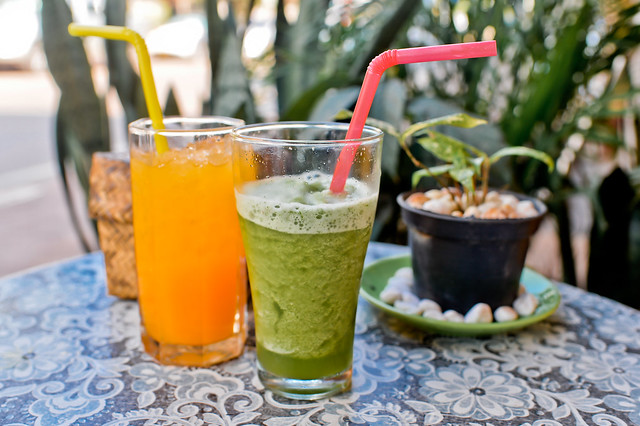 Seriously though. The fruit shakes here are extremely affordable, and they do serve coffee / coffee blend options too. I had a banana-coffee shake which was very interesting, but the mint-lime concoction you see above was a hands down winner. It was refreshing, delicious, and extremely photogenic. So perfect after a day in the hot Laotian sun. Love!

Alright, that wraps up my Mocha Monday Vientiane Special! I hope this helps anyone headed to Vientiane, and otherwise, I hope it inspires you to one day put Vientiane on your radar of destinations within Southeast Asia. Thanks again to the Unravel Travel SG team and Changi Airport Group for sending me here, and here’s to more adventures to come. This trip was a sort of prelude to the Unravel Travel competition held shortly after my trip’s end, and you can view the teams and their videos/entries here. I also filmed a couple of episodes of a Laos travel series for them, which you can watch below: