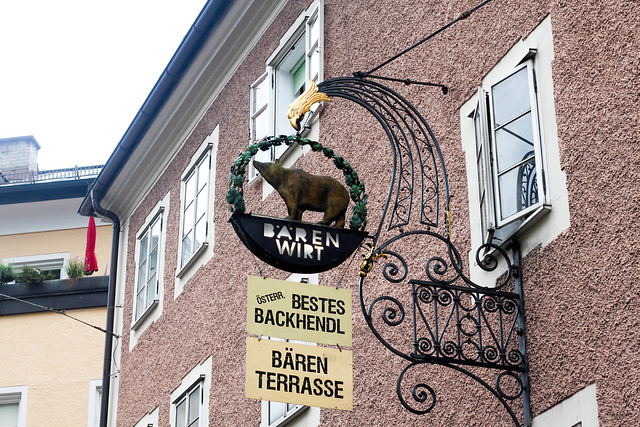 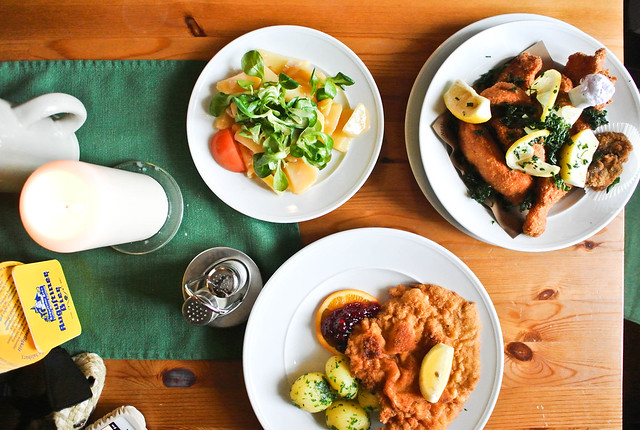 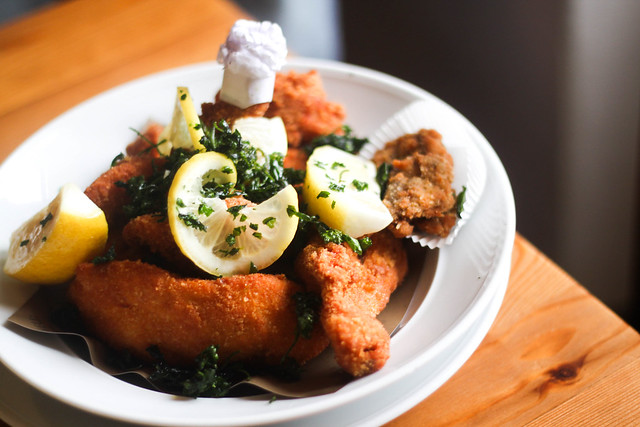 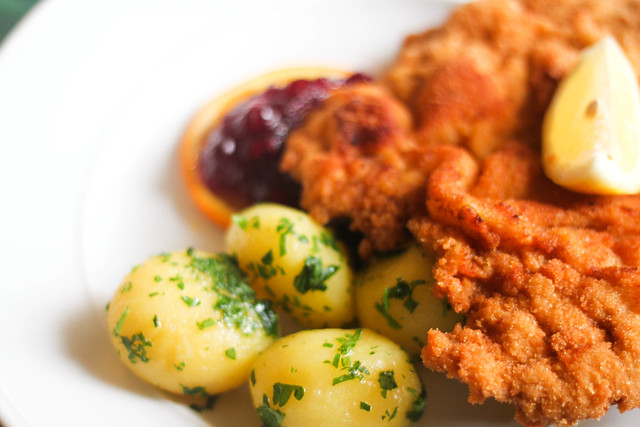 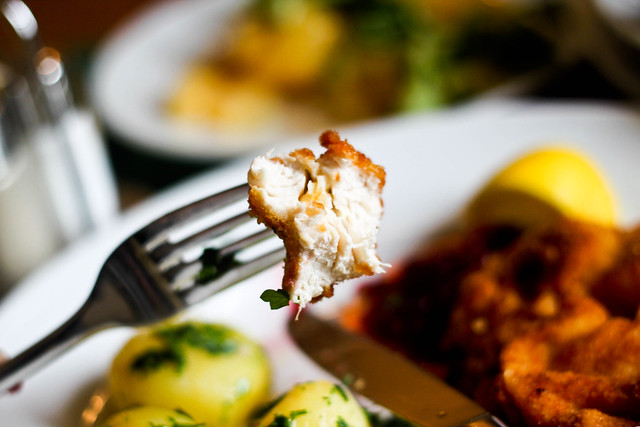 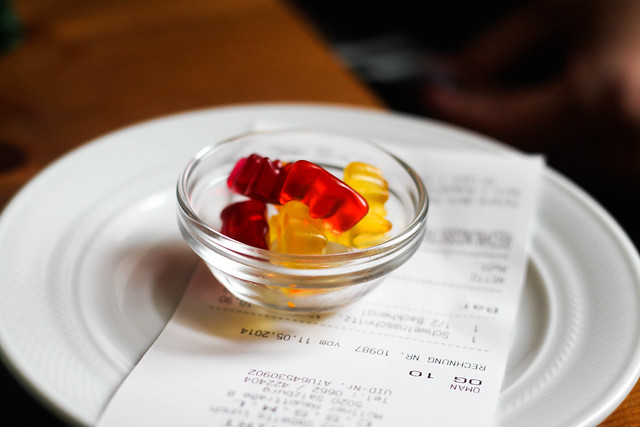 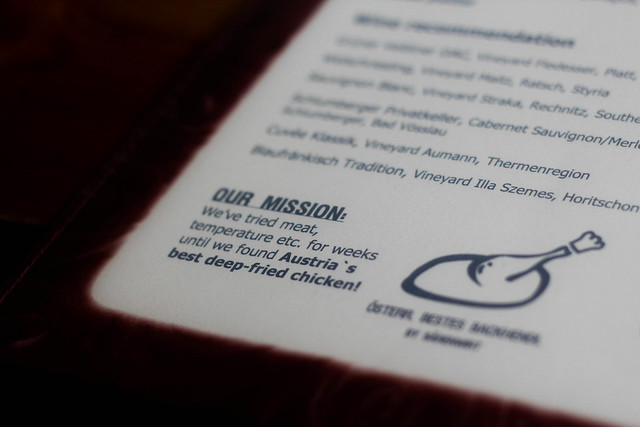 Salzburg, Austria
What exactly transpired, I believe, is this – Shane started singing some kentucky fried chicken pizza hut song on the streets in the middle of the night in Salzburg, and to my general horror, started engaging in a which country has the best fried chicken debate with Sebestian, our courchsurfing host. I’m not sure having a Kentucky Fried Chicken chain in Singapore counts as it being our national property, but the long and short of it is, we were recommended this little joint up some riverside hill that apparently had the best fried chicken in all of Austria, and faced with such conviction from a local it was difficult to resist..

We were rejected the minute we walked in the door – apparently you needed a reservation – but we wheedled and batted our eyes a little bit: we heard this place has the best backhendl in allllll of austria, and the waiter sniffed a bit and went yeah, we do, but looked slightly mollified and told us to come back in forty five minutes. Long sort of wait, and trust me, even longer when you sit down and order, but when it came it was so worth it. Pun maybe sort of unintended. I always believe that the mark of a good restaurant is its standard of sidedishes – and the potatoes and salad that came with the chicken were divine.

The chicken itself was amazing and possibly the only exception in all of history where it’s acceptable to use the word moist. Generous portions and relatively fairly priced – i think it worked out to about 15 euros a person, which is really quite decent for somewhere claiming to be the best in all the land. I’m not a food reviewer so I don’t know exactly how to keep on raving about a meal without sounding too much like a glutton, but hey, I googled the place after leaving and it’s got 4.5stars on tripadvisor, which is good enough for me anyday.