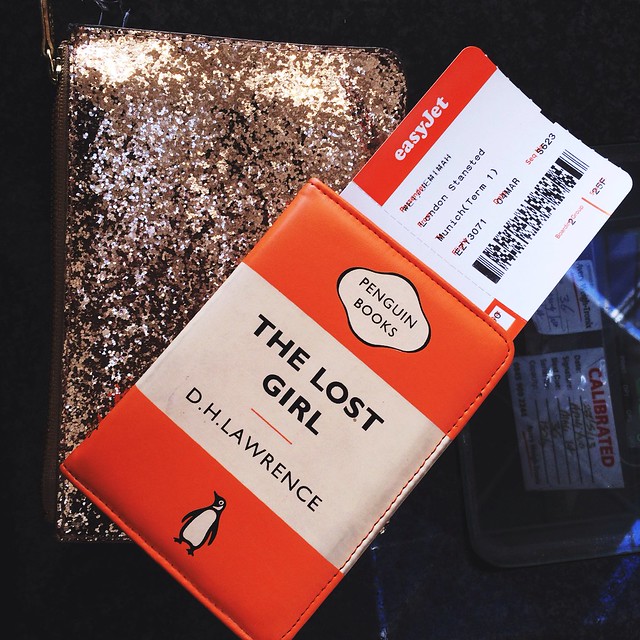 Between the wonderful, wonderful, week that was London and the beautiful accident that was Munich, there’s still the ordeal that was a 25 hour transit in Stansted Airport. I’ve resisted properly blogging about it for awhile because it was a ridiculously traumatic experience, but then again I once said I’d never (!!!) succumb to foursquare yet here I am. I wish I were being dramatic for drama’s sake.

I don’t even know if transit is the right word to describe it. The boyfriend and I had booked a flight back to Stuttgart on Germanwings ages ago, one of those pretty reliable European budget airlines with way better reviews than, say, Ryanair. The only thing is, they fly exclusively to and from Stansted Airport, which is about an hour from Central London and is waaay more inconvenient to get to as compared to the other two London airports (Heathrow and Gatwick), so we had to buy a ticket on one of those catered buses to get there. (We used Terravision)

Our nightmare today starts with a bus driver who didn’t have the good sense to pee before driving an entire busload of rushing passengers to the damn airport. We hadn’t left the coach station for ten minutes and he stopped the bus in the middle of nowhere to go to the toilet. I didn’t even realize it at first because I was happily settling down for a nap in anticipation of the hour long journey, but soon it became evident that we were not moving. People started murmuring on the bus and a few went up to check on the busdriver’s seat only to find it *insert dramatic gasp* empty. Save me, i thought, we’re being hijacked. (In retrospect, that made no sense. But anyhoo.)

He came back after ten to fifteen minutes and continued driving without apology. Ridix. In any case, he must have also been a bad and/or slow driver because somehow we reached the airport half an hour later than scheduled, at 10:50am. Our flight was scheduled to depart at 11:20. By the time we ran to reached the check in counter, it was 10:55am. Gave her our passports and flight confirmation details, but the Germanwings counter lady didn’t take the passports and just blinked slowly at us.

“The gates close half an hour before departure.”

You cannot be serious. Please, I told her, help us. The bus got delayed on the way here and we’re about to miss our flight.

“The gates close half an hour before departure,”

she repeated slowly, as if we couldn’t understand her.

We’d missed the half hour mark by five minutes. Ran to the actual check in gates and they wouldn’t let us pass either because we didn’t have a boarding pass, but the guy on duty there was pretty helpful and told us that if we could get the counter lady to print us our boarding pass we technically could still make it for the flight, so we ran back to the counter.

Kidding, I was actually closer to tears.
But no. She started getting angry and snapped at us in this snitchy little voice, going there’s a reason why there are boarding times / you can’t just stroll up whenever you like, etcetera etcetera. It was a gone case. Now, I realize that she was technically not obliged to help us, and that we didn’t make the check in timing, but for goodness’ sake – it was five minutes. And we were obviously students, also, the fact that we were at Stansted Airport and flying Germanwings pretty much makes it evident that we’re not rich kids who can afford, i dont know, British Airways. HAVE A HEART, YOU KNOW WHAT I’M SAYING? But no.

It really just really really really pisses me off that we missed a flight that hadn’t even taken off yet because of some woman’s moodswings.

Anyway. We headed with our luggages to some 24hour cafe called Joes Coffee House, which was actually pretty good, to check if we could rebook the flight or get the next one out of the airport. The exact same route on Germanwings from Stansted to Stuttgart had risen over 400% – we’d paid 39 Euros for the flight on germanwings originally and now they were charging 156 pounds for the same route flown that night. That’s $330 singapore dollars. Lets put things into perspective, shall we? That’s essentially one round trip plus accommodation to Bangkok. It really just was not happening. I’d rather have stayed in the airport till they were forced to deport me back to my home country because then at least it’d be a free flight, even if i’d be labelled a criminal. 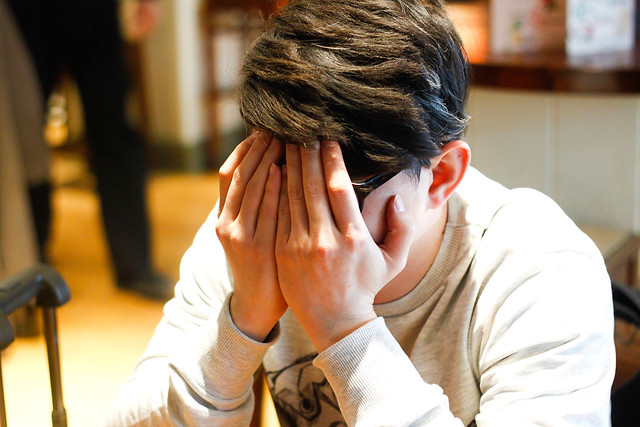 I don’t even have the heart to come up with a witty caption for this because we were so sad.

Maybe it’d be okay if we were on holiday, but we were on a self funded exchange, where you’re basically on a budget all the time because you have to ration out your hard earned money over seven months. Just thinking about it is getting me depressed again. We sat there for quite awhile trying to figure out the next best way to get to Stuttgart that wouldn’t involve us falling into depression, and our only two options after half an hour were:

A) Take a bus out to London via nationalexpress or terravision, take a 9.5hour bus ride from London to Paris via megabus, and hitch a 9 hour car ride from Paris to Stuttgart via carpool.
Approx: 50 pounds

B) Take a flight to Munich via Easyjet the next day, then hitch a 2 hour car ride from Munich to Stuttgart via carpool.
Approx: 90 pounds

On one hand, I wanted to take the cheapest option because i’d already basically wasted 39 euros on the missed flight. On the other hand, I was very concerned with not sitting on a bus for 9 hours because that shit hurts your ass, okay. We took option B, which left us stuck in the airport for 25 hours.

Have you ever been in transit? They suck. We had to take turns to sleep in the cafe in most uncomfortable positions, I had to pay 9 bloody pounds for sloppy internet access on the laptop which they wouldn’t give me access to on the phone, and we had to keep buying food from the cafe to stay there – and food in the airport is expensive. Also, we were out of cash so I had to mastercard everything. I just had a peek at my online bank statement, and I spent about 50 pounds total in the airport from internet and food. To be fair, the food was pretty good, but everything tastes bad when you’re miserable and paying ten bucks for a potato. 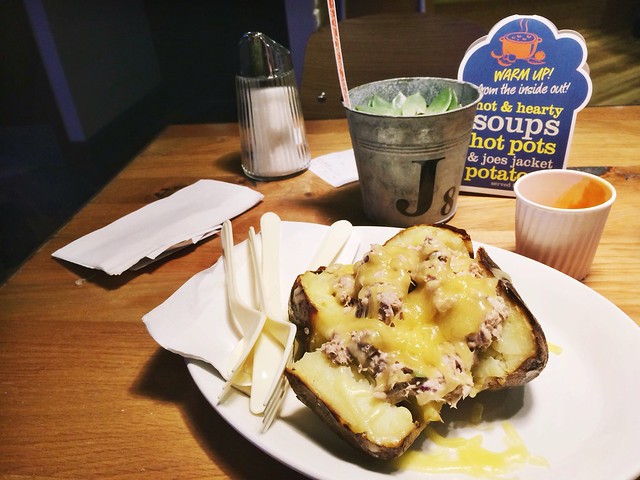 Approximately two hours before our newly booked easyjet flight, I was all excited to go into the transit area early (all this time we were seated before the whole security checks area because of something about not being able to go in before it’s two hours pre flight..). I’d googled THINGS TO DO IN STANSTED AIRPORT and miracles of miracles – they had a free shower area available right after all those security checks! And boy oh boy did i really want a hot shower. The minute it hit 10am (our flight was at 12) I ran up to the easyjet counter which was, by the way, right opposite the Germanwings counter, checked in, and ran past the same germanwings woman to the check in gates, all excited for my shower.

I hope your kids read my blog and give you hell on not having a heart.
Unfortunately, airports hate me. I walked in all bright eyed and excited, only to be very unapologetically informed that the showers were under renovation.

But I had had it. I’d been snapped at, sat in a cafe till my butt hurt, I was tired, miserable, I felt icky and gross, and I really really really wanted that damn shower. Hygiene is important. Girls should smell like flowers all the time, not leftover tomato soup and potatoes. So I youtubed How to shower in a sink and headed for the nearest handicapped toilet stall.

For the record, the boyfriend had completely no faith in me. He stared and me and went “You’re crazy. You’re going to come out all drippy and looking like a rat.” Obviously he has had no prior experiences with girls on a mission/ has never seen me at a blow out sale. 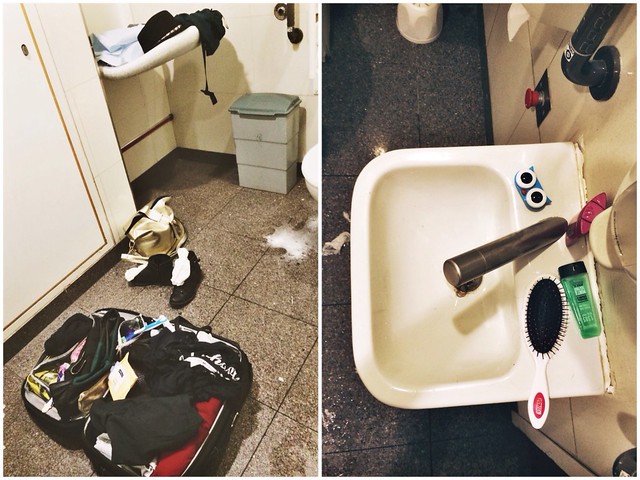 This is what the toilet looked like when i was done.

I CAME OUT FRESH AS A DAISY.

I am very proud to say that I showered, conditioned, moisturized, gave my hair a decent blow dry, and did my entire make up routine in that little space. It truly is one of my more defining moments. I showered in an airport toilet stall. If anyone ever calls me spoilt again, they can just shove it. Boyfriend was determinedly unimpressed – he just sniffed and said congratulations now you can be an NS boy – but nobody cares because I SHOWERED IN AN AIRPORT TOILET STALL, end of story. 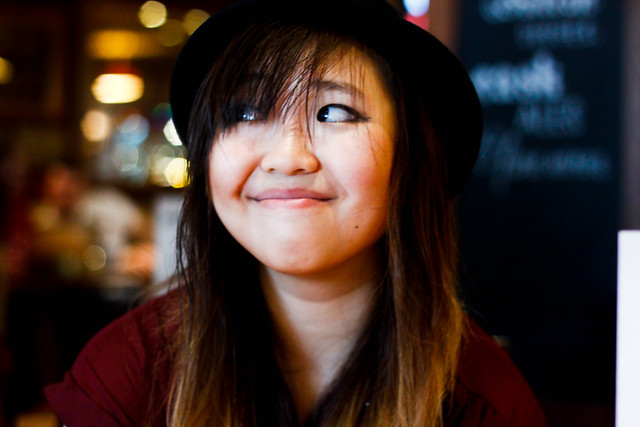 My newly clean and now very cheerful self running on an adrenaline high and too little sleep then proceeded to attempt to board the easyjet flight and be safely on my way to Munich, but there are dreams that cannot be. Turns out easyjet didn’t have a carry on luggage weight restriction, but a size one, and they were really strict on the hand carry thing – most airlines allow you like a handbag or something plus your carry on, but they insisted we fit our handbags (mine was a tote with about three cameras in it) into our already bursting carryons and then fit it into the luggage guideline metal box. I wanted to cry – but by some miracle we managed to repack and stuff everything in while the gates lady yelled TWO MINUTES LEFT every few seconds.

Seriously, what is it with airports and bitchy service staff?!

It was also a horrible flight. The plane smelt of gas and I was convinced it was going to explode upon take off. I also had this vision of the entire plane being hijacked 911-style in a political statement against Ukraine in the Russian-Ukraine war because Ukraine is so close to Germany and was in any case convinced we were going to die on the flight. I really cannot go without sleep for too long because it obviously makes me delusional. We made it to Munich without incident and had the most magical time there by some miracle, but the guy we carpooled back to Stuttgart with was another horror story – he was laughing his head off the entire ride (i think he might have been high, actually), got lost, and dropped us at some godforsaken busstop in Stuttgart. We had to googlemaps our way home and dodge fares for two train rides and one bus because our passes had expired – it took an hour, and it was very, very cold.

You get what I mean now about an overall traumatic experience?

I feel like saying I’ll never travel again, but we all know that isn’t true so I won’t bother lying. I know, i know. These are experiences and adventures money can’t buy. On the other hand, I’m not so sure money wants to buy them, if you know what I mean.

Please let me have fulfilled my travel nightmare quota for the next five years. Between this and Guangzhou, I don’t think my heart can take any more. If you guys have any airport nightmares – please share – because misery loves company. x