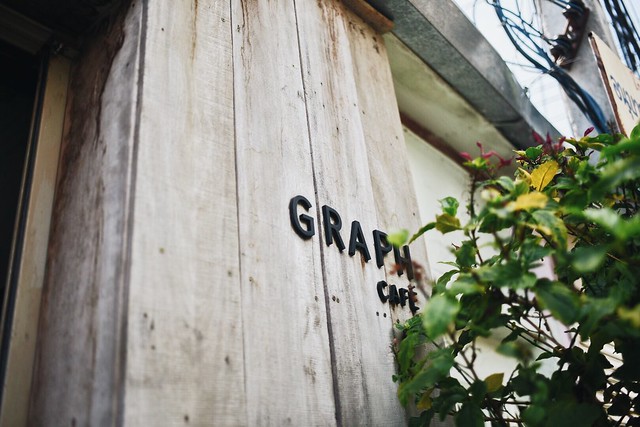 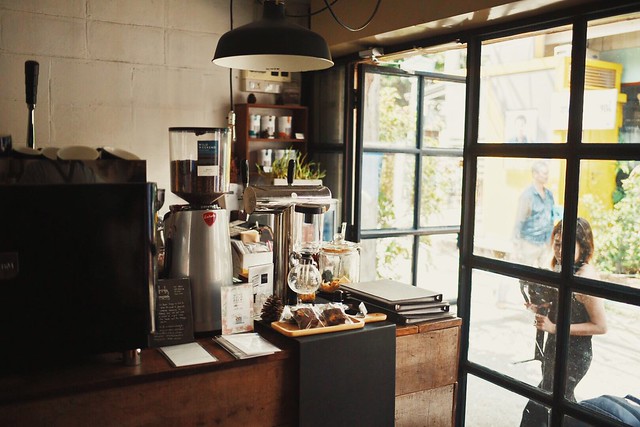 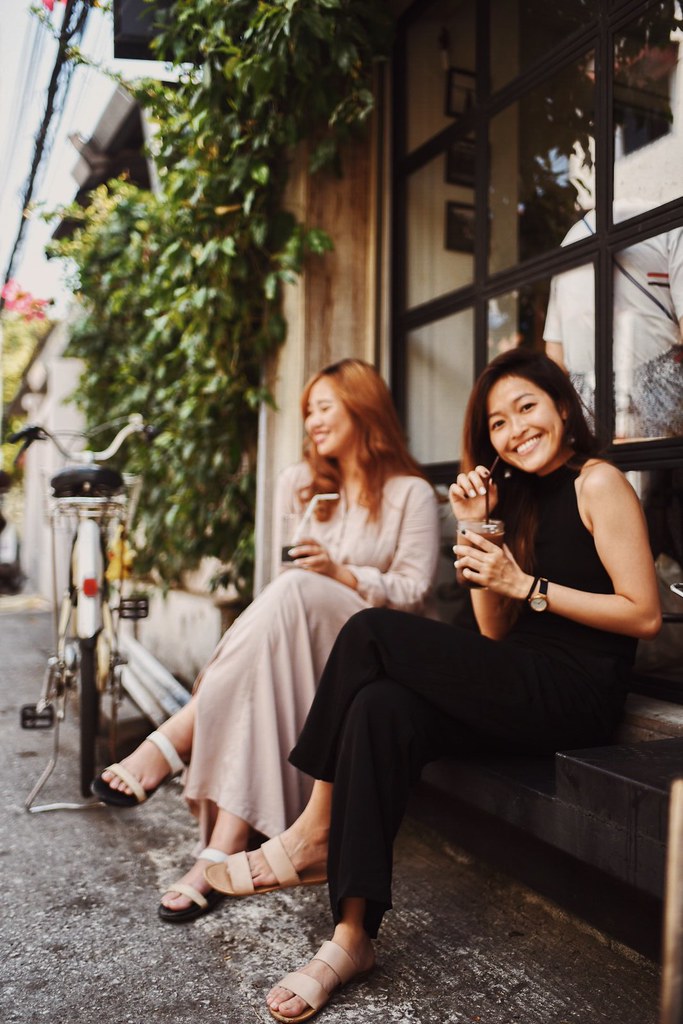 I must say, for all my food / cafe related posts on the blog, I’m not particularly a cafe person, which comes as a surprise to most people. I’m just not that kinda girl – I dont see the point of cafe hopping, your stomach fills up so fast, especially with coffee, it’s expensive, and I just dont get how you can see five cafes in an afternoon; it seems like a very practical exercise in the law of diminishing returns. But when I do find something I like, I never just like it, I love it – as seen from my affectionate odes to cafes and bars in Melbourne, Taipei, etcetera. And in Chiang Mai, the place that really hit the spot for me was an eleven seater hole in the wall called Graph cafe.

I was in Chiang Mai filming a travel video for Klook and Tourism Authority of Thailand, and part of the itinerary necessitated exploring cafes. Cafe culture is huge in Chiang mai city, and it’s only getting bigger. A lot of this, I think, is linked to the growing expat population in Chiang mai, and when I tried running searches online, I realised that said expat population had a huge hand in writing overly enthusiastic reviews for multiple places on Google and Tripadvisor. One could tell by the number of times the words “quaint” and “authentic” were used. As it was, I visited three extremely highly rated cafes in Chiang Mai, two of which I thought were disappointingly average. So much so that I nearly gave up – Chiang Mai has so many other things to offer, I thought, that it didnt need to have great cafes to stand out as a bucket list destination. But my flight back home was delayed, so onward we walked to the last cafe – it was in the area, no harm having an extra cuppa, at the very least it’d make for a nice break from walking in the hot sun.

On a tiny side alley sat Graph cafe, and it was full. I was super close to giving up and going back, but we were too tired to walk on, and really wanted to rest. So we perched on the little seats outside the cafe, waiting for a table to free up inside, and looked through the menu. This entire time there was a steady stream of people coming up to the cafe and being turned away due to a lack of space, but the sustained interest seemed a good omen to me. Also, another hopeful sign – the fact that there was no food on the menu, just different permutations of coffee. Good, I thought, grumpy from disappointments earlier in the day, coffee places should just focus on coffee.

The menu was fascinating – it read like a cocktail menu, but with coffee instead of alcohol. Between the three of us we ordered two coffees and one iced chocolate (Mabel doesnt take coffee), and then I got an extra to takeaway. I usually go straight for an Americano or cold brew if they have it, but I was so intruiged by the other options that I opted for something called a Monochrome, which is a short of espresso with activated charcoal, vanilla, and milk. 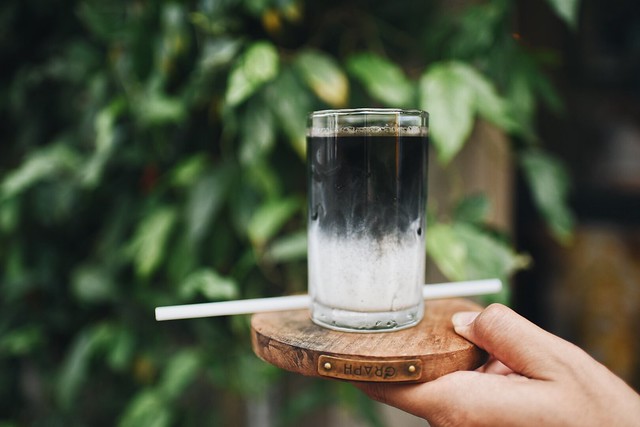 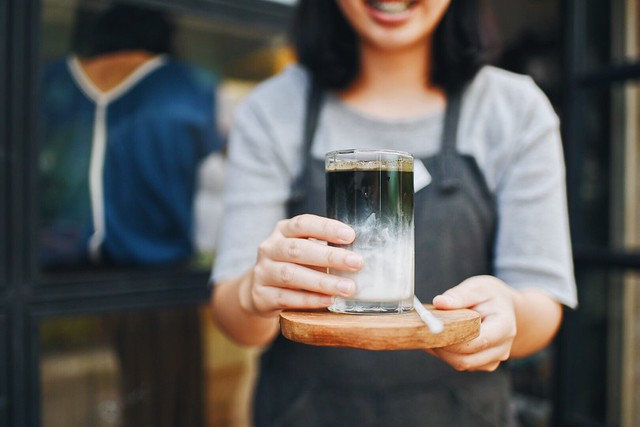 First impressions – IT WAS DELICIOUS. I actually am a huge fan of goma, and I personally think charcoal comes pretty close when it’s done right. The coffee was creamy but not too sweet, with a mild sweetness that came from the milk used. It wasn’t super strong too – I’m used to very, very strong coffee, so at first I couldnt taste the coffee in this, but it prevailed in the form of a lingering aftertaste. The best way I can describe it is it tasted like a very yummy melted ice cream without being cloying, and it was extremely drinkable. I downed nearly half of it in one go, and had to pace myself after that so I wouldnt be left with no drink whilst the rest sipped at theirs!

I also asked the other two to let me try their drinks so I could include them in my review. Aka an excuse to steal some of theirs. Well, it worked, so here we go! 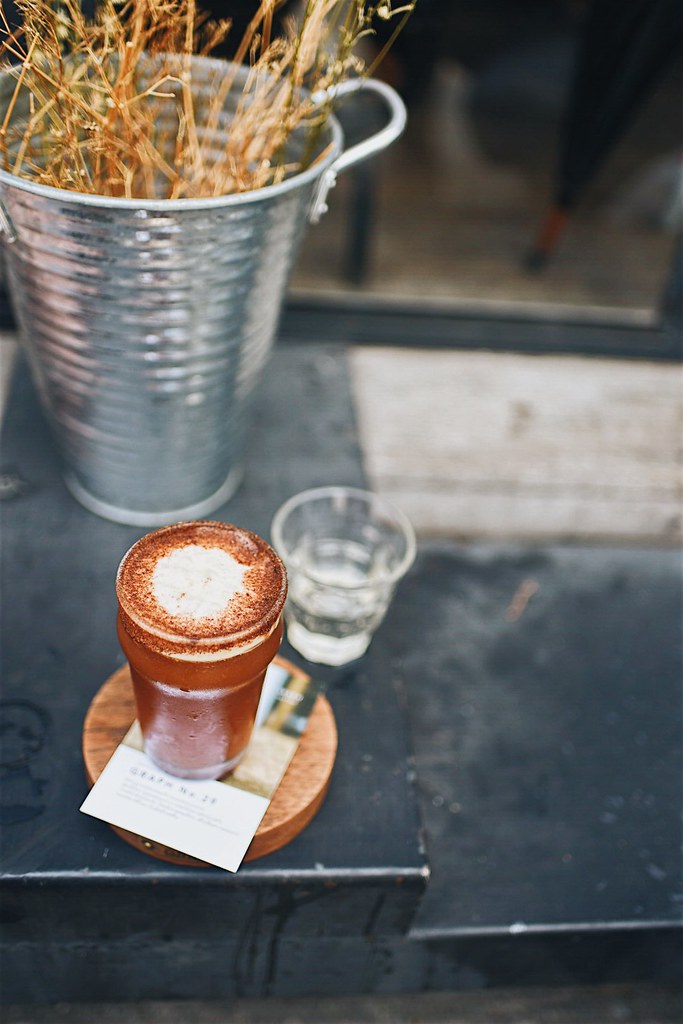 Lock, our videographer, got a GRAPH No. 29. It’s nitro cold brew mixed with pineapple and lime, mixed and served like a cocktail with a sugar-salt mix on the glass rim. Nitro cold brew features quite heavily in the GRAPH menu, and I think it’s a specialty of sorts. I love nitro because I think of it as the beer of the coffee world when done properly – smooth and golden, with a real kick. (The nitro cold brew from Starbucks is my to-go drink in Singapore.) And GRAPH is really on to something here, using Nitro as a base for a cocktail styled coffee! The drink was incredibly refreshing, and you had to have it with the salt rim and a mouth of coffee foam to really taste the different elements of the coffee harmonise. Yum. The cold brew method also shaved off the bitter edge of coffee that many non-coffee drinkers dislike, so I think even non habitual coffee drinkers would enjoy this! 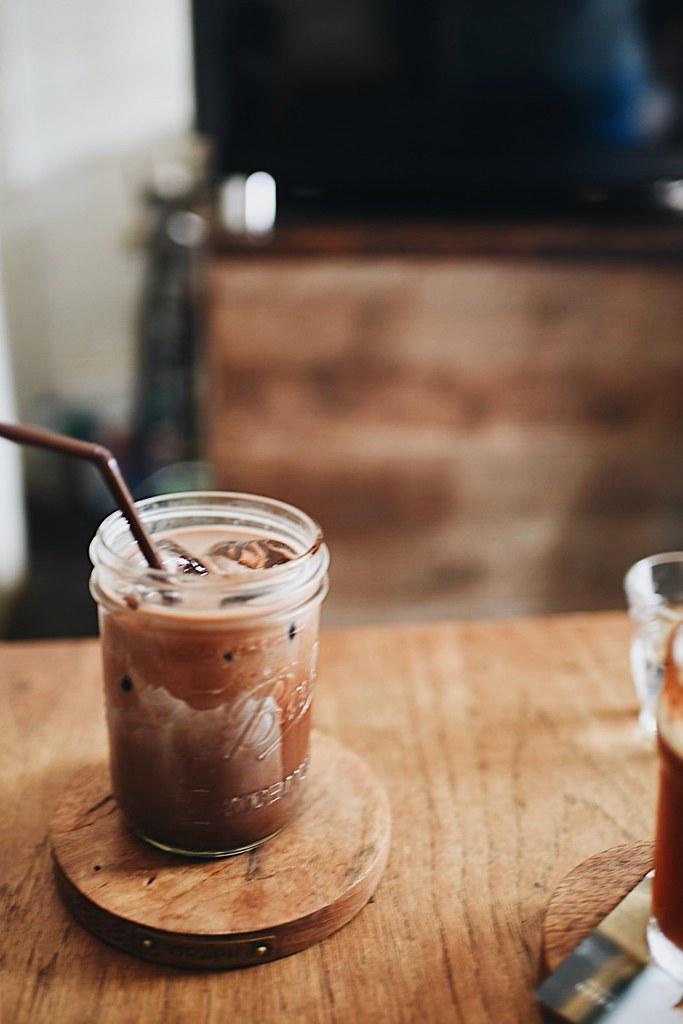 Mabel doesnt drink coffee at all, so she went straight to the non-coffee section of the menu. There’s basically four things you can get – a matcha latte, a chocolate, a redberry secret, and a yellow glass weekend. Dont ask me what those last two things are because I dont know. She got an iced chocolate, and I had a sip of it. Theres not much I can say about iced chocolate – it’s either totally horrible and watery, or it’s really great, thick and frothy, like the ones from specialty chocolate shops. This one was a solid iced chocolate, definitely more towards the great end of the spectrum. Undiluted, chocolatey, and not so thick that you’d get sick of it in a couple of mouths. For a place that doesnt specialize in non-coffee drinks, I think this was a pretty damned solid iced chocolate!

I was so impressed by the quality of the drinks that I decided to get another drink to go, just so I could try more. It had taken me a ridiculously long time to settle on the Monochrome when I was ordering because there were just so many interesting things on the menu, so just as I was leaving I ordered something else I’d been considering – a cold brew coffee. 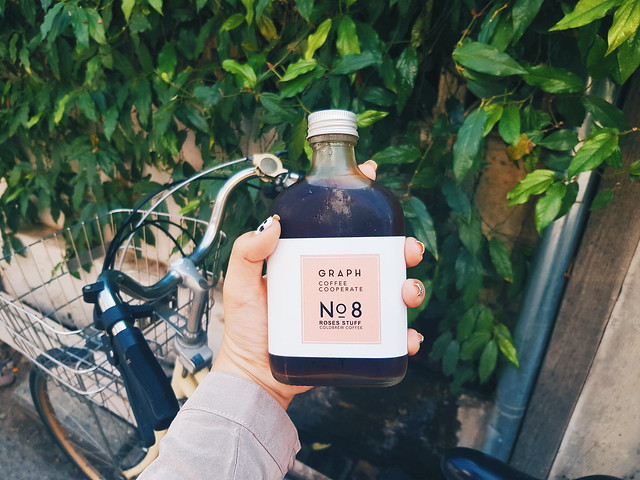 This is the No. 8, Roses Stuff Coldbrew Coffee. 220BHT – 9.20SGD. Pricey, even by Singaporean standards.

It came in a little glass bottle that you could keep, I’m suspecting that adds to the cost. The cold brew’s claim to fame is a slow drip 24 hour brew, and it was very, very smooth, at a super low acidity. It had an incredible kick too, I was feeling the caffiene long after I’d finished the drink. I think the low acidity made it feel like there wasnt very much caffiene in it, which was the total opposite of reality because the cold brewing method creates an extra caffienated cup of coffee.

And the floral flavor really elevated the drink to a whole different level!! I know this is going to sound very, very weird, but it reminded me of my toner from Laneige’s calming skin range. The skincare line has litchi extract which calms the skin down and gives it a wonderful smell, and this rose cold brew was almost like someone bottled up the smell and gave it a taste.

I told you it would sound weird. It didn’t taste like roses, per se, more like a light lychee drink, and it left a pleasant cooling aftertaste on the tongue. It was so drinkable that I downed it in one go, which gave Mabel and Lock a huge shock because they were like, isn’t that too much coffee at a go? To which I replied, THERES NO SUCH THING AS TOO MUCH COFFEE! In retrospect I think the caffiene had already kicked in. Ah well. 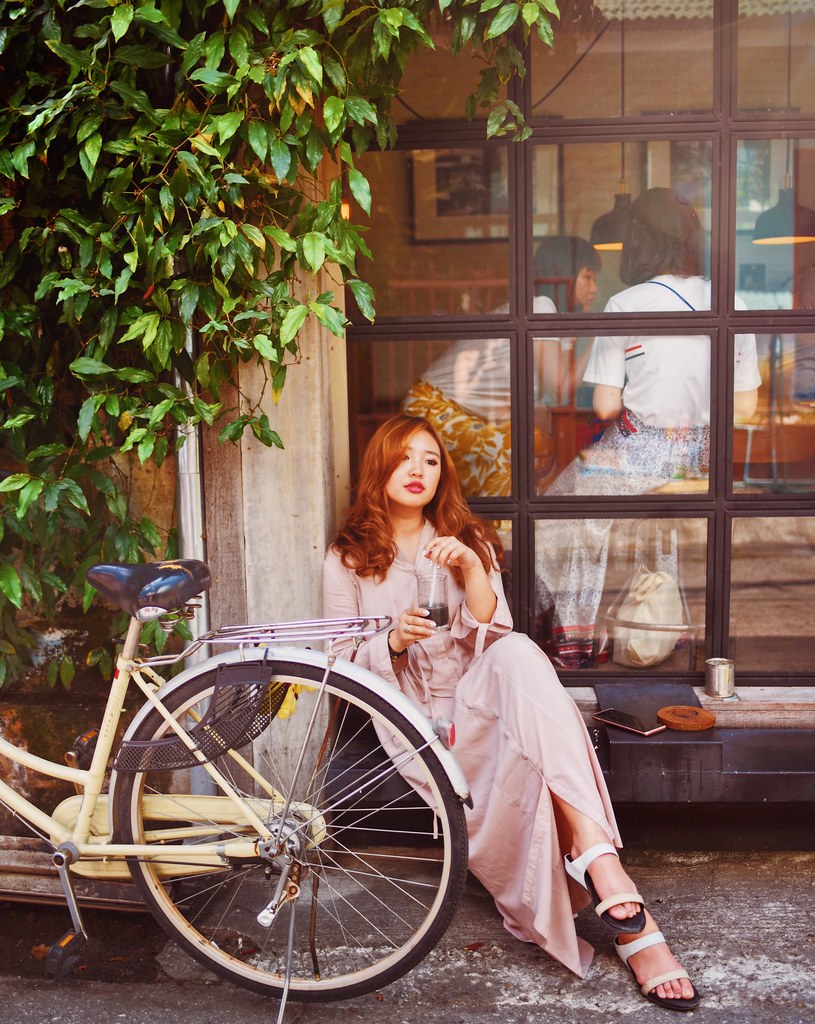 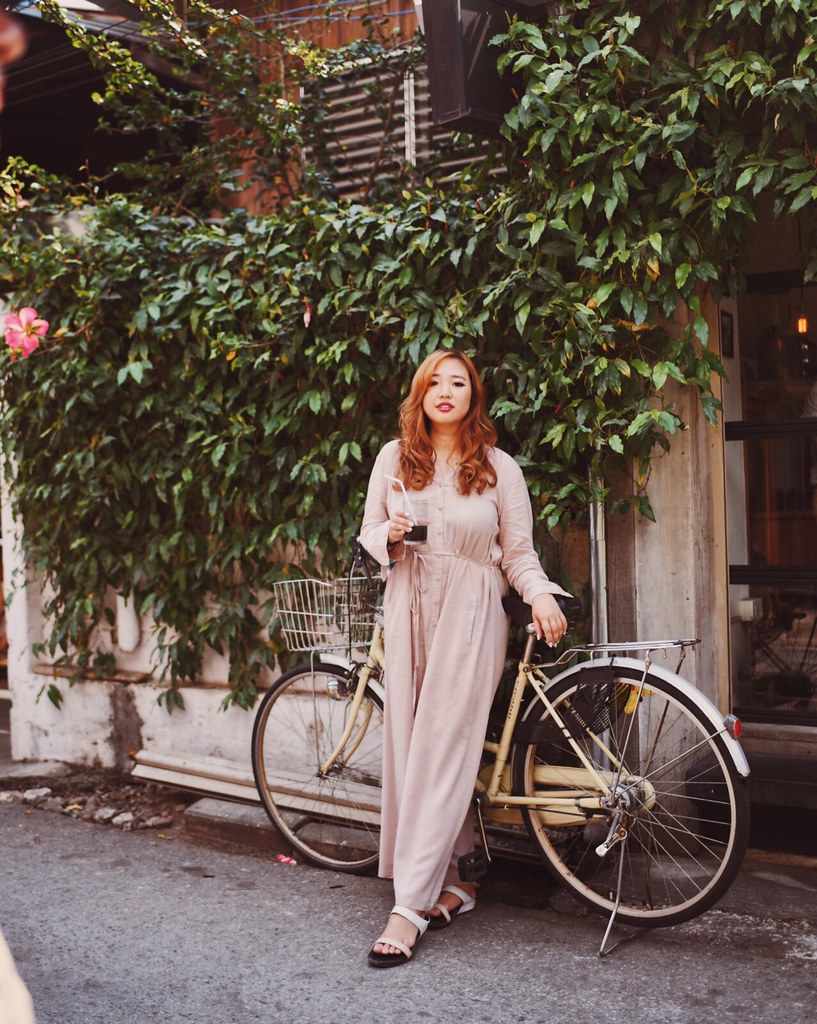 The cafe is cash only, and has a few outlets around Chiang Mai city. The particular one we went to was tiny, I think the total combined capacity couldnt have been more than 15 pax with both indoor and outdoor seating, and it was pretty crammed inside. But I adored it! I only wish I had the chance to try more of the coffee combinations – I would have gotten more to go, but I was limited by the amount of cash I had left. Next time, next time. For now, I think: if you’re a coffee lover and visit Chiang Mai, you’ve got to check out Graph. You’re welcome. 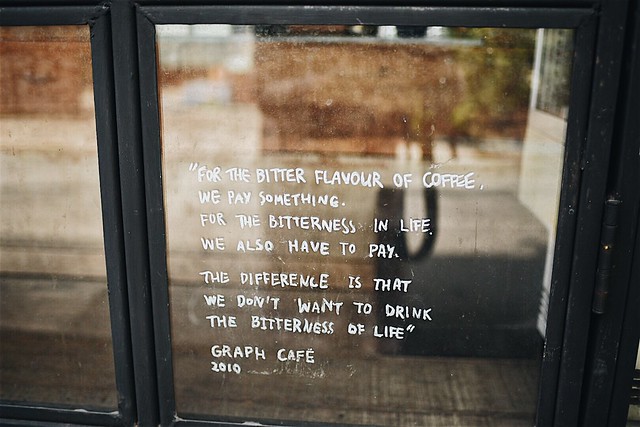 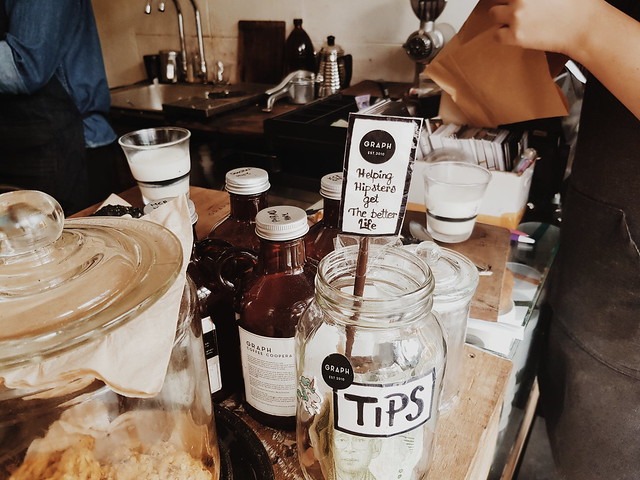