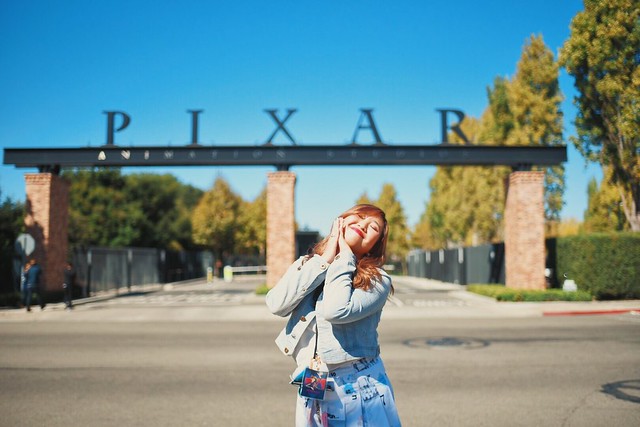 There are some spoilers in this post, so be warned!

We live in an interesting time – where we are both told to follow our dreams and forge our own paths, yet to also be realistic and unselfish with what we want. The technologies of today, in particular, have opened up so many totally new opportunities that for now: the unknown before us is unknown to anyone, not just to us. Thus — hope is mixed, often, with fear, caution, and concern.

So how do you balance dreams and expectations (external, internal) without one vilifying the other?

This is the question I think the making of Coco aims to pose, and it’s one that’s especially relevant to younger audiences. Now that the movie has been out for some time, I feel like I can finally talk about some of the more intricate details of the film for those of you who’ve caught it (and for those who HAVENT, spoilers ahead, please note!! You can read my non-spoiler commentary on Coco here: Coco is the most important animated film this year)

Coco’s elevator pitch is about a boy who chases his dream of being a musician despite intense family objection, and finds himself stuck in the land of the dead as a result. When you watch the film, you realise that, as with real life, nothing is quite as one-dimensional as it seems. The protagonist, Miguel Rivera, while cute, is not a blameless hero – it’s quite clear that he’s in this pickle because he stole a dead musician’s guitar (terrible behaviour), and his determination to achieve his dream leads him to lash out and hurt his family (at some point, he shouts: I don’t want to be part of this family, instantly and simultaneously breaking the hearts of three generations of the Rivera family. This is inexcusable behaviour: it is an unacceptable way to talk to one’s aunties, I would have grounded him if he’d been my son).

The challenges he has to surmount on his journey are not of villainous nature – his family, having been burned before by how an overwhelming desire for fame can hurt your loved ones (great great grandfather abandoned the family because he wanted to be a famous musician), overreacts and cuts music off from their family line completely, repressing Miguel and probably pressure-cookering him into rebelling. But the locus of their objection originates from a place of love and concern – it’s obvious that they honestly think they’re doing what’s best for him and the family, and they’re not trying to deliberately or spitefully deny him his life passion. It’s more likely that they assume it’s a phase he’ll grow out of, and being 12, he doesn’t exactly have the life experience nor maturity to argue that it’s not a phase (again: he stole a dead man’s guitar). So while their execution may not be right, their hearts are in the right place.

Here we are caught between two situations. 1. You have dreams and ambition – this is good. 2. You have family who cares for you – this is also good. These two things don’t play well together. How does one reconcile the two effectively while recognising that neither are inherently wrong? 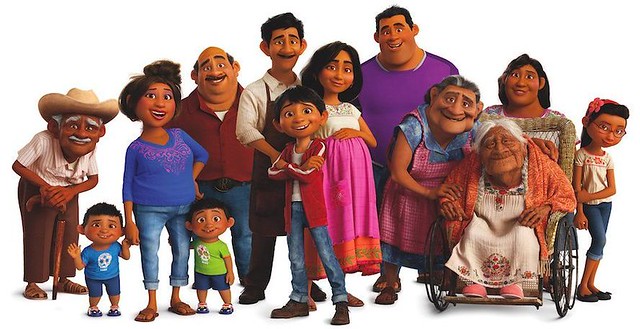 Miguel with his family

This hits home for many of us. Coco may be fiction, but this scenario is not. It’s actually one of the most common situations faced by anyone in non-conventional industries, and this struggle is something that anyone going into a creative field will probably have to deal with at some point.

Whilst I was in Pixar’s Emeryville campus on a press junket for Coco’s country day last month, I got the chance to sit down with and interview the filmmakers – director Lee Unkrich, co-director Adrian Molina, and producer Darla K Anderson. One of the questions I asked them was:

As filmmakers and people in arts related industries (read: not the conventional science/doctor/lawyer route), how did they see their own journeys reflected in Miguel’s path, and what challenges did they meet in their career from their families?

Speaking to them, I realised that it was a mixed bag – some people within Pixar had supportive families, some had families who objected strongly. Unkrich and Molina were lucky enough to have had strong family support, but they worked with a lot of people within their team who had families objecting when they went into the arts. It’s not always clear how the arts can translate to practical utility, and when families are unsupportive, that does create a huge internal struggle which the filmmakers later tapped on in the writing of Coco. Molina mentioned in particular a writer on the Coco team who’s entire family had been in medicine and expected him to do the same, and the fact that his personal passion totally conflicted with his family’s expectations was very painful for the writer. All these experiences went into the writing of Coco. They wanted Miguel’s struggle not to seem cartoony, with a struggle derived from real human emotion, and they thought (rightly) that this would be something many people all over the world could relate to. 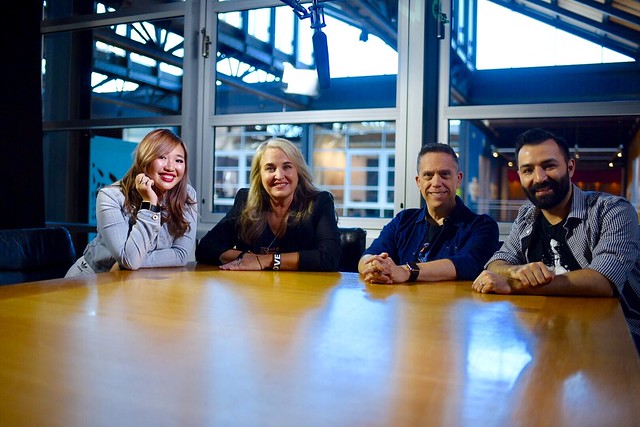 Being some of the most iconic names in Pixar, I look at Unkrich and co and think: why wouldn’t any family support these obviously talented artists? Look at how they’ve made it. They’re legends in the scene. But it takes a moment to realise that you dont become a legend the minute you choose your major in school – and certainly not at the age of 12, ala Coco’s Miguel. They had no way of knowing that one day they’d go on to create some of the most unparalleled animated successes like Toy Story and Finding Nemo, and so for a long time, the process of getting there meant operating as if on a tightrope: moving forward with intense concentration, step by step, with hope and a whole lot of fear. It makes sense that they’d face well meaning familial concern along the way, and although hard work is no guarantee of your dreams one day coming true, I think theres comfort to be found in the knowledge that the most successful of artists once grappled with the same concerns too.

In the Singaporean context, I think where this lands us is ultimately understanding that there is no easy answer or path, but also that this may not necessarily be a bad thing. Our society is extremely results oriented and conservative, and so the kind of parental / familial/ external concern that any young person faces when going into non conventional industries will inevitably be overwhelming. That shouldn’t stop you from pursuing your interests, but perhaps recognising these external concerns as well meaning can act as a checking mechanism to better prepare you for the path you’re about to take on. Everyone who’s ever achieved their childhood dreams will tell you that it wasn’t smooth sailing and probably still isn’t – achieving your goal also requires consistent hard work to maintain it, and this was echoed when I spoke to Audrey Wong, the first ever Singaporean to work at Pixar Studios. She’s the Simulation Technical Lead for Pixar, and she’s living her dream, yes, but she’s quick to clarify – it’s a lot of hard work. 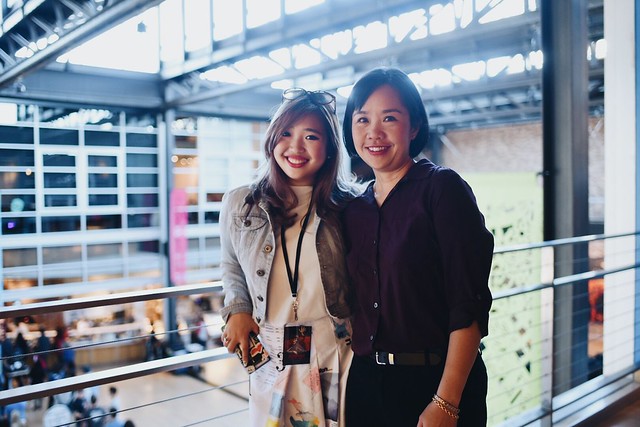 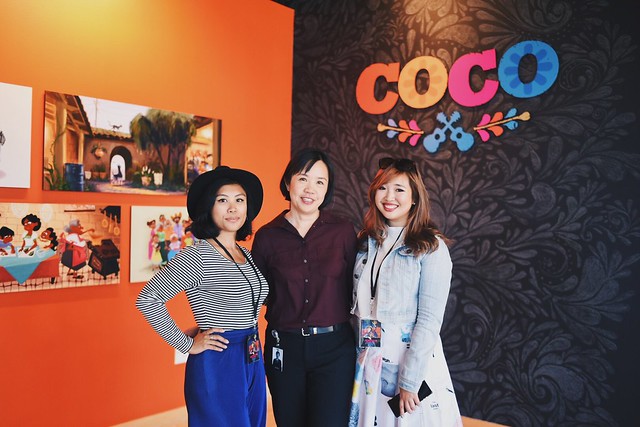 Audrey Wong – the first singaporean to ever work in Pixar. She moved across the world for this job, and currently lives in San Francisco with her husband and kids. When I asked her what movies she’s worked on, she laughed and asked if she could tell me what movies she *hadn’t* worked on – it’d be easier, she said.

I do think that knowing what chasing your dream will realistically cost you (in terms of time, money, and work) is a good thing, because taking stock of the reality of the situation will help you discern between it being a dream and it being a daydream. Eg. If you’re not willing to humble yourself and pay for acting classes after school and during your holidays instead of going out to play.. then you probably just wanna be famous, not be an actor? I’m just saying. And if after taking stock of the pragmatic realities of the situation, you are still determined to pursue your ambitions, this will also focus your motivation and drive to make it work rather than let your dream just float before you like some airy castle in the sky.

As the movie concludes, Miguel does follow his dream – but the choice is made knowing what the dream can cost him/his family when taken to unhealthy levels (ala his absent great grandfather), and so it is a much more informed choice, and one that is therefore more meaningful and weighted. After decades of depicting the traditionally single track follow-your-dreams route (Zootopia gravitates around a bunny that has ambitions of being a cop, Moana dreams of leaving her coconut-obsessed island, and Cinderella’s soundtrack tells you that A DREAM IS A WISH YOUR HEART MAKES, so you know, follow either your dreams or your heart and you’re good to go), Coco acknowledging and cautioning viewers against blindly following their dreams is honestly, great.

At the end of the day, in Pixar’s movement towards telling more and more human and complex stories, the ones who truly win are the young viewers, the very same ones who are probably fast approaching one of the many cross junctions of life’s major decisions. In an era where the bulk of Hollywood’s stories spin stereotypical tales of love, romance, and epic adventure, I really think it’s incredibly valuable that Pixar is fleshing out the other side of the story and telling you instead to tread carefully and softly on your dreams (ala Yeats). Pixar’s story of chasing dreams while showing how they are vulnerable at the same time makes these dreams ever more real, with real life consequences, instead of being some lofty immovable ideal. Because in reality, people struggle with their dreams. Some days the dreams are more real than others. Some days these dreams are vulnerable and susceptible to abandonment. Some days the dreams are almost within grasp. Pixar’s Coco acknowledges all this and more, and that, to me, is one of the most precious things about Coco.

Coco is now showing in theatres