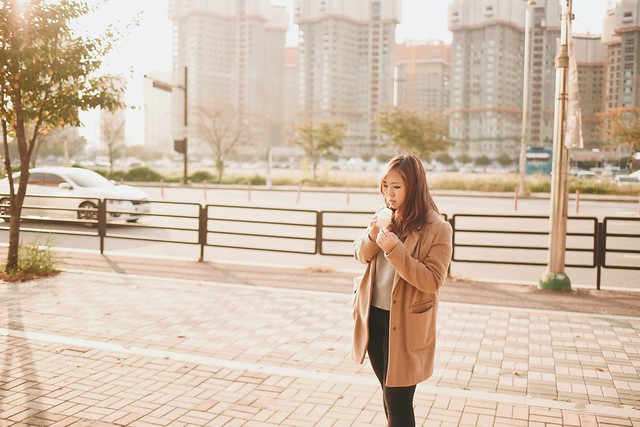 I was in Korea two months ago to film a web travel short with Klook Asia, and as it happens, my body betrayed me two days into the trip. I woke up on night zwei, clammy with horror, and I thought, oh boy. If my life were a netflix original this might have been the turning point where our dear protagonist (aka me) had an epiphany on the nuances of transitioning from girlhood to adulthood, etcetera, but.. no. There is no romanticism to being bent double over the cold tiles of a toilet floor, gripping the sides of a bowl and staring at your half-digested ddeokbokki from the night before, I can tell you that.

The following four days I had a fever which stubbornly refused to break, and if you know me, you’ll know how damned affronted I was by this defiance. I fall sick precisely once a year, and then, only for a maximum of forty eight hours at a go. This was my third time this year. Obviously, at twenty five, I have reached Peak Asian, and from here on it is just downhill. How else does one explain this nonsense? Also, as if just for dramatic quality, the daily call time was about 630am, and the shooting itinerary involved 1. paragliding off a freezing mountain, 2. hair tosses atop a speeding open air bus, and 3. ice skating. I adore these things separately, but when they collide with a forty degree fever in fifteen degree weather, well, the only thing you can really do is throw back your head and laugh.

In the photo above I am standing outside the ice skating rink and drinking banana milk, sipping emotional comfort associated with korean childhoods that I consumed in droves from dodgy streaming sites. In all the television shows, korean children drink banana milk, and if you are not a child and are being given banana milk on television, you must be emotionally distressed or crying or something. Invariably characters are happier post-banana-milk, having had absorbed some kind of wisdom from the mysterious banana milk. Later, at 24, when I took Korean classes, the first thing the teacher taught me to say (and the only thing that stuck) was banana milk – pa-na-na-uu-yuu. Commercially, emotionally, and in terms of national pop culture importance, this banana milk is obviously a timeless icon. You can get it for 1,000won in any korean convenience store.

This is to say that I am a sucker for branding and marketing, because I immediately felt better after that banana milk, and I did not throw up that night. A magical recovery it was not, but I definitely experienced a mild uplifting in spirits, I might have even heard the strings of a korean OST play in the background of my mind. There is a scientific term for this – the placebo effect – and I remembered laughing when I thought of it that night, vomit free. I went back for more banana milk the next day, convinced that it was the key to emotional and physical health. I must have had three servings of banana milk the day after. And I thought, this is it, everyone laughs at korean dramas for being unrealistic and fluffy, but here I am, nausea free and happy! It was wonderful. I bought more banana milk. It was a good time, I told myself, to be young and alive.

I should have seen it coming; it surprises me that I did not. It landed me right back on the toilet. I had conveniently forgotten the inconvenient fact that I was mildly lactose intolerant. And so it goes.