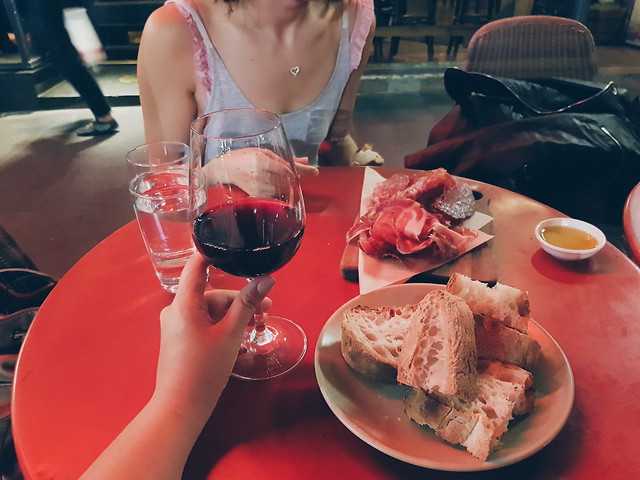 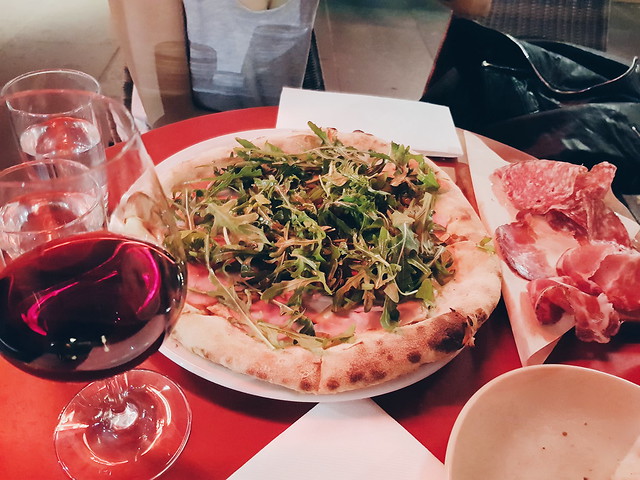 Melbourne, Australia.
All photos taken with the Samsung Note8
PS. I’ve created a TripsAdvisor Trips Itinerary called Melbourne Fatties (lol!) with all my favorite food/drink recommendations, which you can view here. Go in hungry! x

I dont know if you guys can tell, but I’m making a real effort here to document all the amazing meals I had in Melbourne. That’s why when we went to this random salumi bar a minute walk from our Airbnb, I still whipped out my phone to take pictures of everything we ordered despite it not being a place I thought of featuring before first bite. But JEEZ THANK GOODNESS I DID BECAUSE THIS MEAL BLEW OUR MINDS!!!!

I have said over and over and over again that I am addicted to having apps for everything (I have apps that manage my money flow, track my sleep cycles, you name it, you got it), and same goes for my travelling. I rely very, very heavily on Foursquare and Yelp when I travel because I truly believe that location based community sourced recommendations are where its at, and it was also through these apps that we found Ombra Salumi Bar. We had gotten back late from St Kildas, having waited for the penguins to come home, and wanted to get dinner but didn’t know where would be good, still open, and relatively near our place. Ombra popped up and although neither of us were huge fans of salumi, the reviews were so good that we just decided to give it a try.

For the uninitiated, salumi is a kind of cured meat that you eat with bread and crackers and stuff. With cheese too, maybe. We got a platter of two types for $22, and it came with freshly baked bread and olive oil. They bake the bread in-house, fresh daily, the waitress told us, and it showed, because the bread was delicious. I had it with a glass of her recommended 2015 Bardolino Cavalchina, an italian red wine, which was the perfect balance to the saltiness of the salumi. Xiaoqi had a cocktail that was yellow in color and I dont remember anything else about it so never mind. 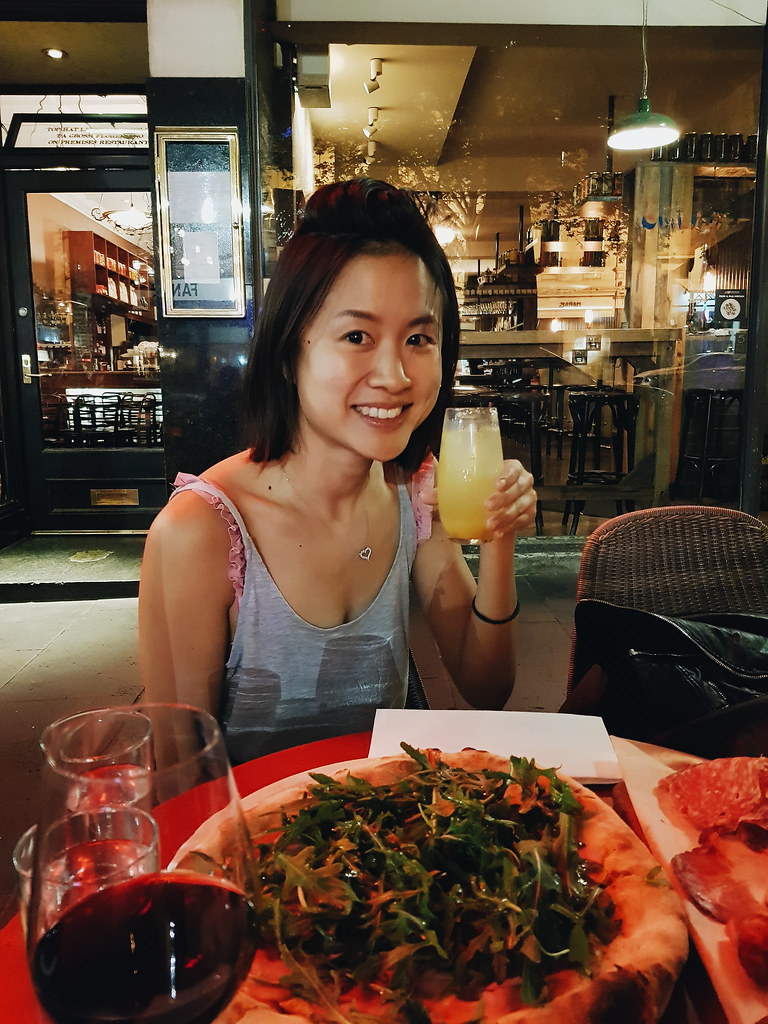 With her yellow drink. We sat alfresco to dine, though indoors is nice too!
Unfortunately, I dont remember exactly what the two types of salumi we had were because honestly it was such a casual dinner I wasnt expecting to blog about it so I didn’t take notes, but I suspect they change it up regularly so I suppose you can just go in and ask for recommendations if youre in the area! The salumi we had was pretty good, we both raised our eyebrows at each other when we had it, and debated a bit if this was what adulting was like, learning to appreciate food you didn’t really like as kids. Because we were taken by surprise by how much we liked the salumi.

But the show stealer was this insane pizza we ordered. Honestly we just ordered the pizza because we hadnt had italian food for awhile and thought pizza would be a safe backup in case we didn’t like the salumi but IT WAS REALLY LIKE THE BEST PIZZA I EVER HAD IN MY LIFE AND I HAVE BEEN TO ITALY. JEEZ! I am getting very agitated thinking about the pizza. That pizza is the kind of thing that wins awards. I cant believe it was just chilling on the menu, sandwiched in between two other options. Ridiculous. It needs a gold star next to it, a chefs hat icon, a little RECOMMENDED! tick mark, or something. 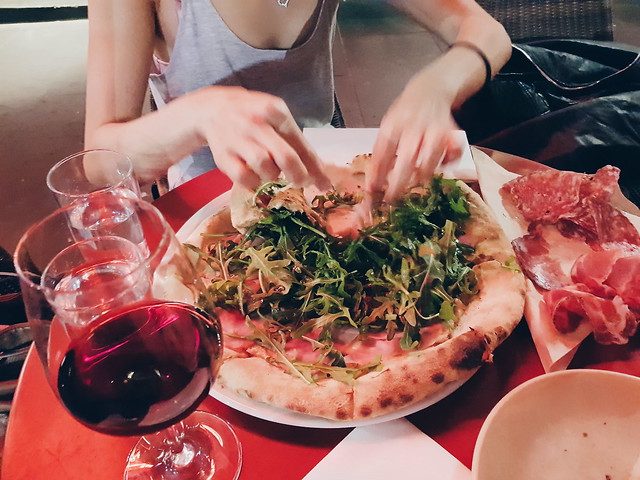 Us ripping into the pizza
Because I didn’t take notes (ugh, stupid!), I cant remember exactly what the pizza was called, but I can tell you what was on it. It was a thin baked crust with artichoke puree as a base, really superb prosciutto on top, and fresh rocket piled on. The artichoke puree was honestly a stroke of BRILLIANCE. It was so different from the tomato or cheese or white wine base that normally tops pizza dough, and I think I would buy that puree by the TUB to dip crackers and chips in. When you pick a slice of the pizza up, artichoke puree drips off it. I cry, I weep, I die. It was phenomenal. When the waitress came back out, we started gushing compliments about her recommendations; we were that emotional about it. We had had many good meals in Melbourne, but this was the only one where we loved every single thing we ordered – usually there were just one or two stand outs, yada yada. She smiled and backed away slowly. But no matter, we were happy.

Later in the trip, a day after, Xiaoqi and I were walking down the main street in melbourne discussing that pizza we had.

“I still cannot comprehend what we ate,” she said, “i cannot understand how it could logically be so good.”
“It’s like falling in love,” i told her, finally, thinking about it. “You spend your whole life thinking you’re a person of simple tastes and can be satisfied easily, but then you have a bite of really freaking fantastic food, and your heart does a little leap, and you know it’s the one.”
She laughed. “I know exactly the leap youre talking about,” she said, and did a little dance on the streets of Melbourne.

We thought many cheesy things on that trip, many of which were cliche. But we knew two things to be true at the end of it – 1. Melbourne was a series of very happy moments, strung together by quieter, sated tableaus, and 2. That was the best meal we had in melbourne, hands down, no competition. Pizza, at least for me, will never be the same.

Click here to see the rest of my culinary recommendations for Melbourne on TripAdvisor!🙂