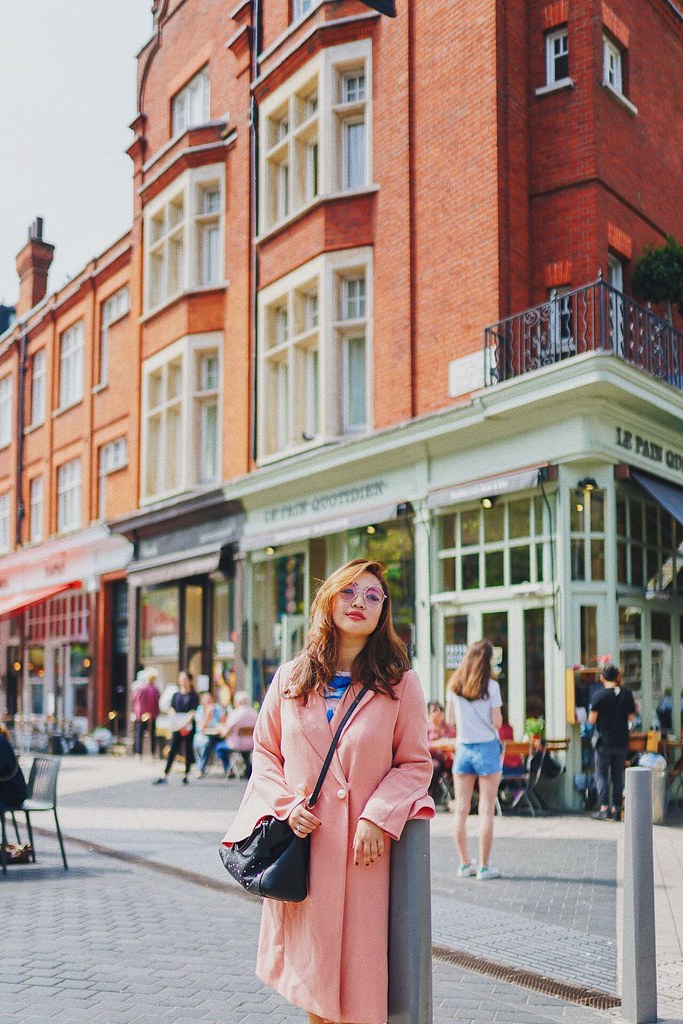 If anyone is wondering, here is what I am up to, I am presently in a hotel room in Malaysia for a church conference and on an unrelated but also important note I am currently reading three books, all of which are very good. People are like how can you read books simultaneously and I used to try and explain but anyway the point is that I can. I was in the shower earlier thinking about the three books and also about the new shampoo and conditioner travel-sized set that I chucked in my duffel bag for this trip, it came in a press kit from Sephora and I had no expectations of it but it turns out I quite liked the smell and the percy&reed packaging and the glossy post-shower effect of the conditioner, and i felt a twang of regret because the thing about travel sets is they’re meant to sort-of be used up by the end of the trip and even though it’s only a 3.5 day trip it was, in that moment, already sufficiently clear that the little tubes would run out over the course of four showers. It was then, whilst pondering the percy&reed tubes, that it became suddenly obvious to me that already we were in June. And then i thought, the older I get, the more relevant the love song of j alfred prufrock becomes, when I was younger and in university I used to (on some level) roll my eyes and think: c’mon, man, get up and get shit done, stop slouching about, of course youre socially paralysed, go and do a 2.4km run or something. of course none of that made it into the thousands of words i wrote about the poem because obviously that is not how you are supposed to feel about j alfred prufrock, and now suddenly i am painfully thankful that back then i did not breathe a word of my ex-feelings (which i have since disowned) because the reality is that upon confronting the chassis of adulthood none of us have the strength to force the moment to its crisis after all. At least, i dont. And i wondered why they make twenty one year olds tear through t.s.eliot when you can only ‘know’ prufrock theoretically but not know it with the same sense of dread that a couple more years will inevitably bring, and then i think, maybe in a year i will look back on 25 year old me and think, stupid stupid, the same way i look back on 23, 22, 21 year old me. I had good times, but still, stupid stupid. And i was stupid on the internet too. Oh well. I feel like the older i get the more terror i experience. I question the basis of the terror and hate that i have to question it. Then i look forward to the future and i know that i am at a ‘great age’ and should be facing it with adrenaline and excitement, and, dont get me wrong, there’s that, but theres also a whole lot of oh no oh no oh no and aaaAaaAAaaaaAAAaAaa which just sounds like the screaming water bottle in that tao lin poem. All of this ran through my head as i exited the shower and promptly discovered that that the hotel’s hairdryer was a disgrace to the concept of a hairdryer, turning it on and towards my scalp just felt like a large man was yawning noisily at me, so i unplugged it and returned to toweling dry my hair with a sense of disgust. There was nowhere to hang it, after. My final thought before I sat down here was: for someone who claims not to get poetry, i sure reference a lot of it internally when taking stock of my life. But still, if someone asks me if i get it, i’d say no.