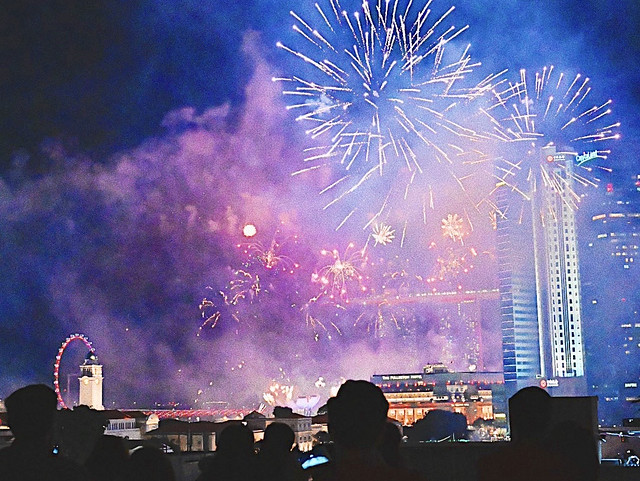 The years 2010 to 2019 saw me through the best and worst times, which sounds dramatic until you realise that it was literally half my life. What does it mean to be nearly thirty and still think one decade is half your life? Time to get with the program Jem.

Still, even as someone who has no interest in sharing their worst with the world, I think this year was quite objectively the best of the decade. In fact, this morning I was just thinking of myself at the start of the decade and at the end of it, and look what I got:

See the difference? Hint: At least I’m stressed out by factors of my own choosing now. That wasn’t a hint, that was the whole answer. The moral of the story is that adulting may bring with it bills and lower back pain, but it is also accompanied by agency, so hang in there. Also, I can confirm that getting a cat does wonders for your *mental health*.

But 2019! What can I say. The year was good to me. This year I got engaged, did my last show for the forseeable future, got into my dream school, moved to New York, understood the importance of health insurance in the USA and appreciated Singapore’s efficiency even more, and, freaked out about snow. Here are some of the top moments of my year:

1. Sitting pant-less in a hotel room in Bali at the end of a long day of shoot where I was getting grumpier and grumpier because! I had applied for Columbia late last year, and was part of this international MFA facebook group called MFA Draft where anyone around the world trying to apply for any MFA exchanges notes, advice, and so on. Unfortunately this included people posting their acceptances, and the ENTIRE DAY I was getting notifications on my phone about people getting into Columbia’s Poetry and Nonfiction program. And I know I should have just not looked at it but I couldn’t help myself. So in between scenes (and I remember very clearly: we were shooting at a vintage store in the middle of nowhere, and I was switching like a maniac between totally depressed and totally freakin hyper for the camera) I would check the FB group compulsively, and although there were no Fiction acceptances yet, in my head I was convinced THEY DIDN’T WANT ME AND I DIDN’T GET IN.

Here, this was the exact moment I was freaking out. We were shooting season 3 of Singtel’s Ready Set Roam and Roz was wondering why I was so tense the whole day. 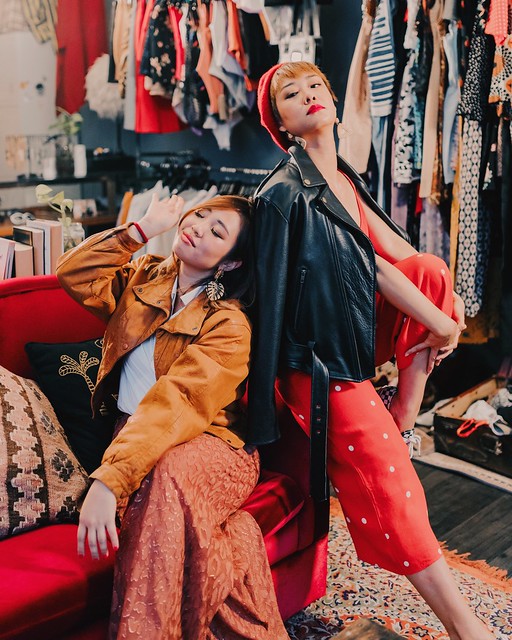 When we got back to the hotel room I refused to shower and kind of just sat around pant-less trying to get to my emails, and then I looked down and saw that there was a missed call from a +1 number. I swear I nearly fell off my chair.

I scrambled to call the number back, and this damn angmoh voice came on the line (in my head I was like OMG AMERICA!) going: Hi, this is Gary Shteyngart calling from Columbia University…

The rest you can guess.

2. Then I called Shane to tell him and he hung up on me.

3. Later he said this was because he walked into a lift and got cut off, but who walks into a clearly reception-less area when they’re on an important phone call right?? Apparently that was also the moment he started planning to propose.

4. Let there be no doubt: this was 100% the reason Shane proposed in 2019. I asked him much later, I said: Why did you propose this year? And he said, Cos you’re going to Columbia lor. In fact, when he gave me the ring, he said: Don’t get any funny ideas when you go to New York. So for people who were like, omg, do you think he proposed to you because you were leaving and he wanted to put a ring on it, the answer is YES. No doubt about it at all.

5. At risk of being basic and cheesy it was a super great proposal and I had SO MUCH FUN. He wrote a 6 act immersive play, and all my friends were involved as actors but the actual proposal was done privately on the rooftop, just Shane and I. Plus points because I genuinely did not see it coming, in fact when the proposal started I thought Fred was proposing to Georgina and I got mad because no one told me.

6. And then we had a really fun engagement party the day after in Batam!

7. And then I proposed back to Shane so we are even now. With a ring I actually painstakingly handmade with wax before getting casted properly, and what did Shane say to that? That’s not how it works Jem you cannot counter propose back to me. To which I said, don’t like then return the ring. And that’s the story of how actually you can counter propose to someone. 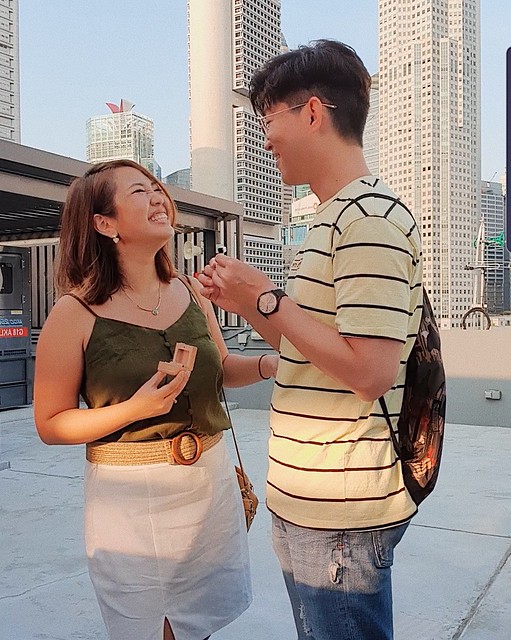 8. A big part of why Shane was able to plan and meet with all my friends for rehearsals and stuff without me even noticing a thing was because I was away for a big part of the first half of the year on different shoots, the last being E! Travel Diaries. Which will always hold special significance for me because it’s probably the last show I’ll do for a long time, if ever. 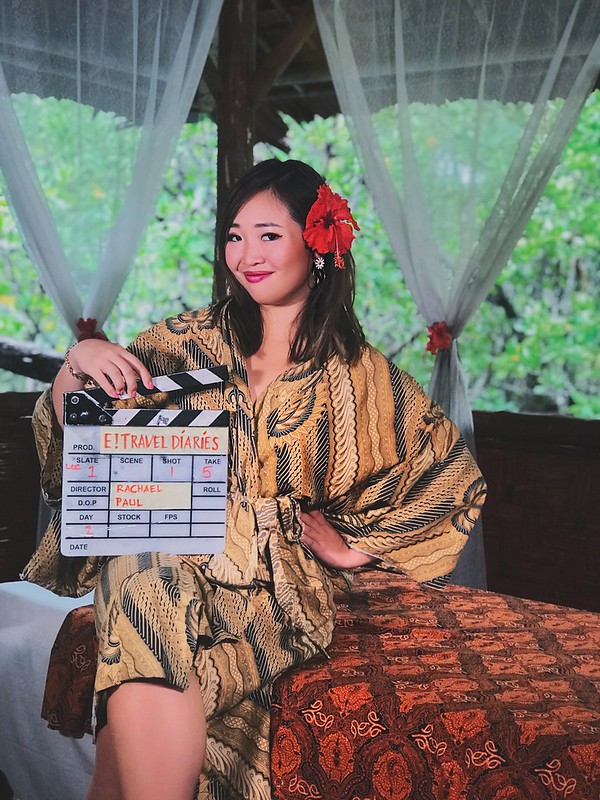 In fact, when we were shooting in Lombok, one of the scenes had me trying my hand at weaving – in that village, if you can’t weave, you can’t get married. And I was so bad at it that David, one of my co-hosts, was like, yup, good thing you’re not from that village. Then we got fake-engaged on camera and two days after I got back to Singapore after we finished shooting I got engaged for real! Turning David into the real-life Good Luck Chuck. Any girls in West Java want to get engaged, please look for David John Schaap.

9. Another big part of getting the Columbia acceptance was accepting also the reality that I might not actually be able to afford going, and at some point I actually turned to Shane and said: you’re marrying this giant pile of debt, u ok with that? And he was like, yup, better get a job. Anyway, it was another great moment when I got the scholarship call from Dennys from the Singapore National Arts Council – again, I had three missed calls prior to actually picking up because I was at lunch and I try not to use my phone when I’m with friends as much as possible… so when I finally picked up, the first thing he said wasnt Hi, I’m calling from NAC to congratulate you… but HI, DID YOU SEE OUR EMAIL?

It was a great moment. 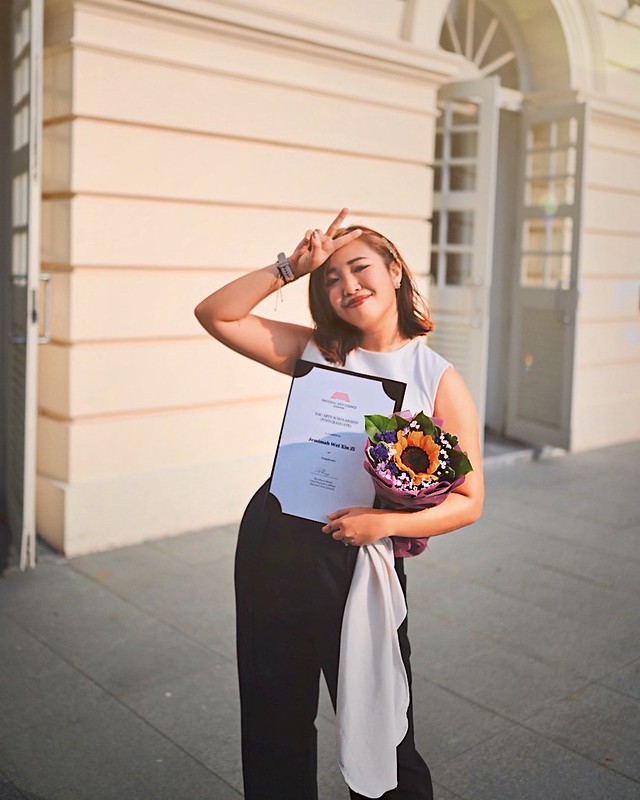 10. All of that was basically the first half of my 2019. I think of it as 2019 Act I. Knowing that I was going away was also a great reason for me to make many drastic decisions, one of which was that I would absolutely cease work for a month before I was due to leave, so as to make the most of my time with friends, family, and fiancé. This led to an incredibly fun August, where my friends basically took every opportunity to gather and we were essentially hanging out every day. 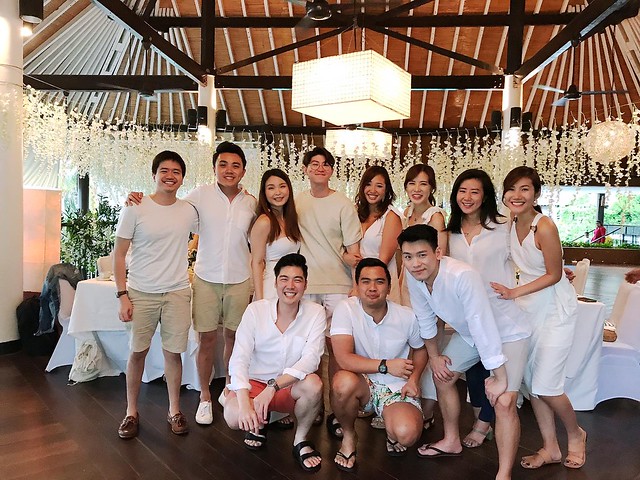 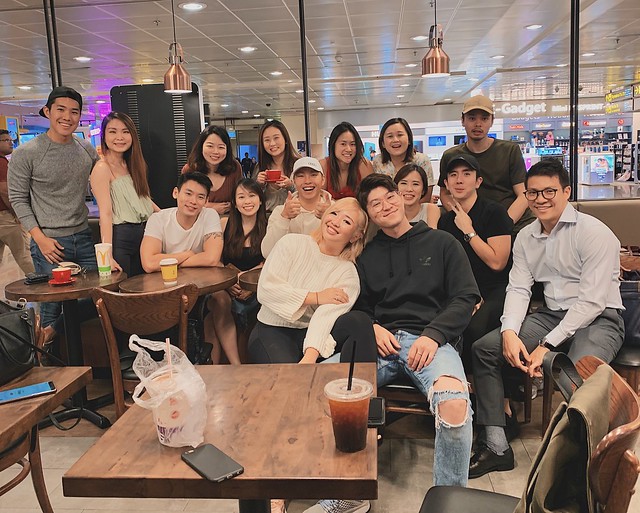 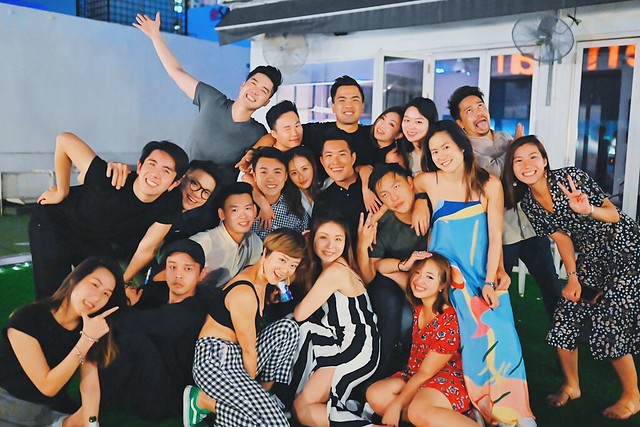 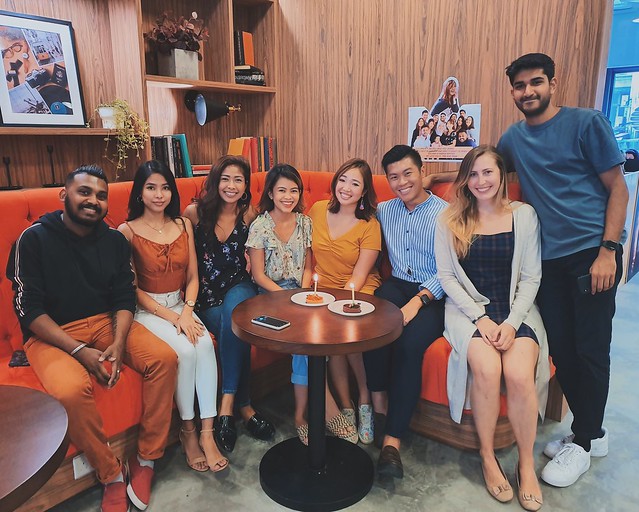 11. Also, yes, at some point I went blonde. You know, to differentiate myself from the rest of the people in America, because certainly no one else would be blonde there.

13. 2019 Act II saw me moving to New York, having my own place for the first time in my life, and starting at Columbia! Moving was a pain in the ass, because of reasons that even after months I still find myself unable to talk about. Sometimes I discuss this with my housemates and we find that we all still have mild PTSD. Lol. But anyway, that’s all in the past.

14. There were many amazing moments that happened during my time here, but the top ones have to be the random freak snow storm that attacked New York City, making me and exactly no one else very happy, finally being done with furnishing my room (which saw me going on a grand tour of NYC hunting down second hand furniture), and being a total tourist while delighting in year end festivities.

16. Having this be the most productive writing year of my life. How can I describe the feeling of knowing that your struggle is exactly the struggle you’re meant to be engaging with at the moment? It is like this: having your foot slip into a new shoe perfectly, the first sip of coffee in the morning, the click of a latch. The end of the decade: knowing that the road ahead is long and arduous, but that at least it is the road you chose to take.