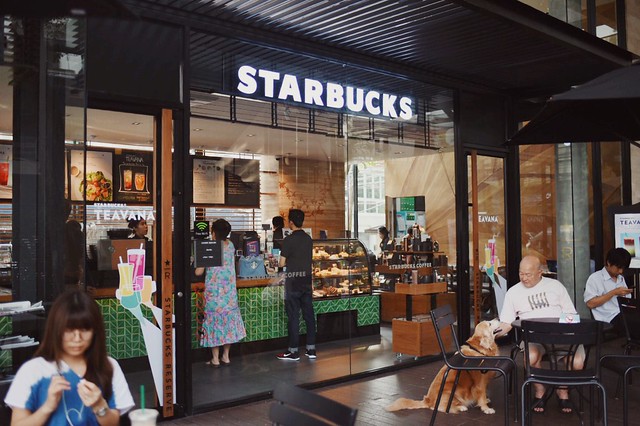 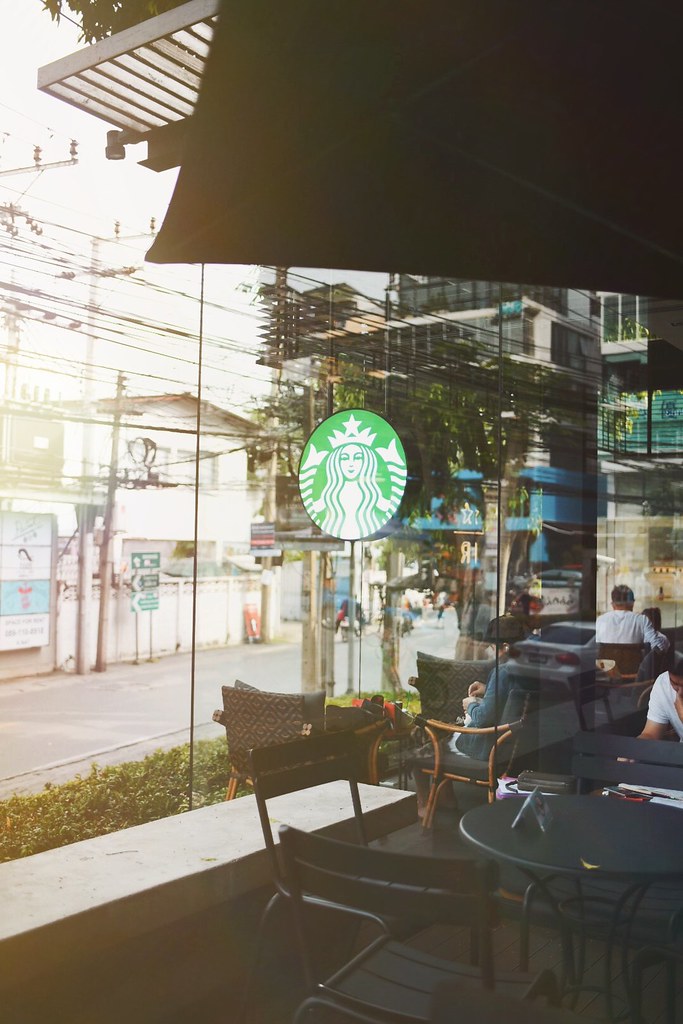 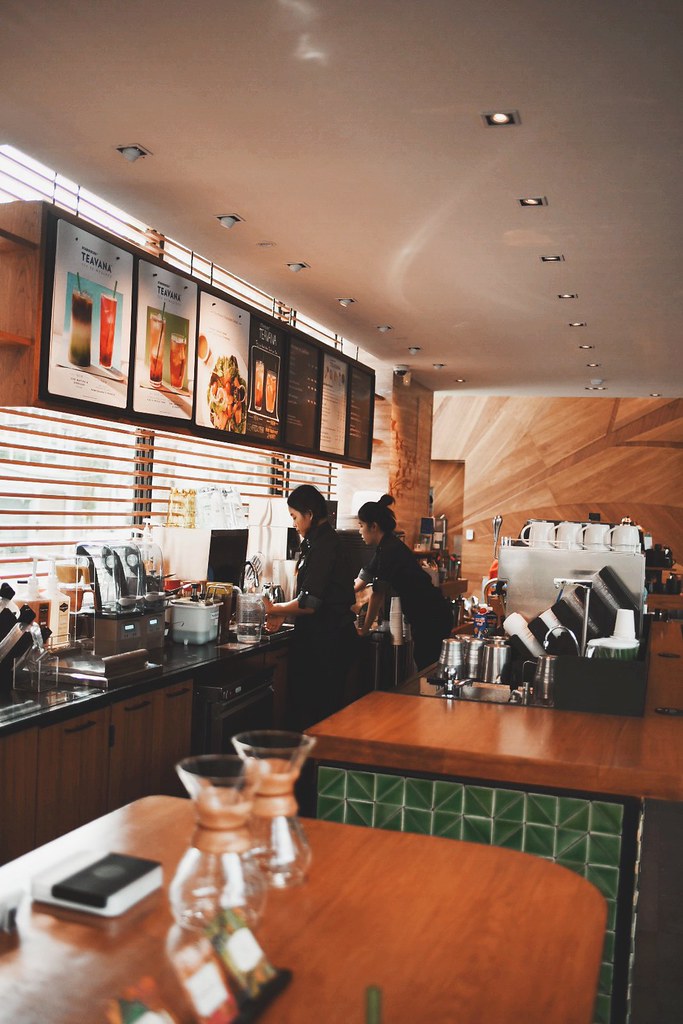 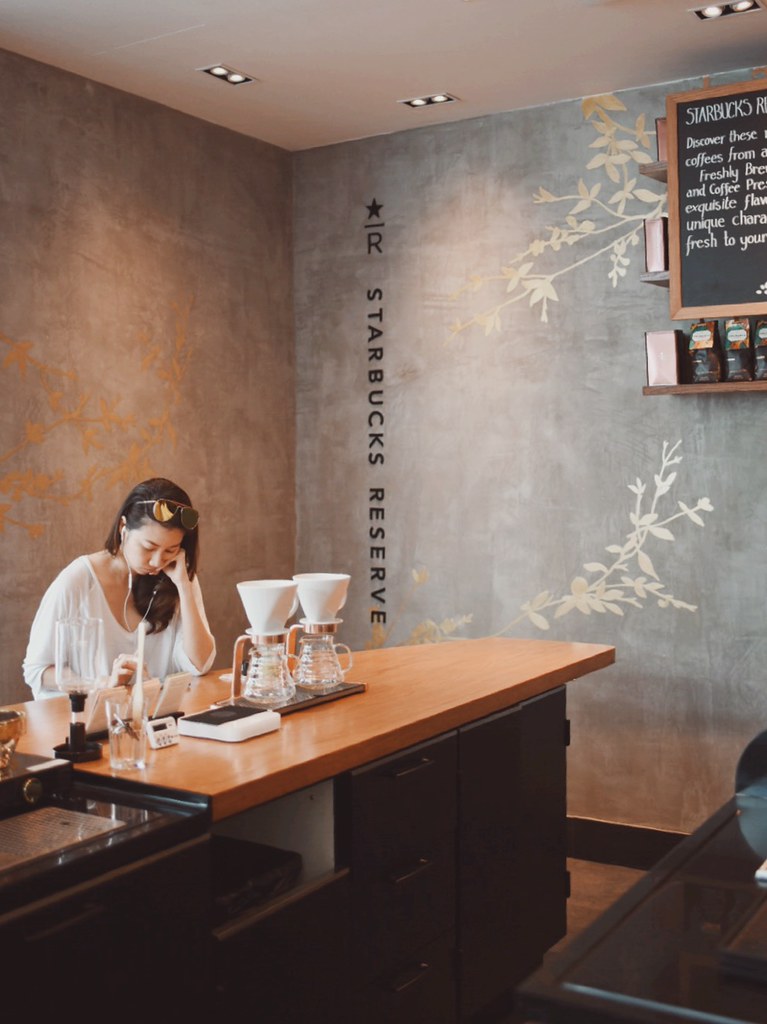 Bangkok, Thailand
Some people collect stamps and postcards, I collect pictures of beautiful starbucks outlets around the world. Sound about right? Perhaps this is my starbucks addiction taken to a new level, but when I passed the Starbucks outlet in The 49 Terrace, Bangkok, I just had to pop in for a quick coffee stop…

Make that tea. Starbucks Singapore just launched it’s Teavana menu, which I adore for the matcha espresso creation, but I wanted to try the offerings in bangkok as well. Also – they were having a 1-for-1 when we were there! I got the Iced Shaken Black Tea with Ruby Grapefruit & Honey, which is also available in Singapore but which for some reason I hadnt tried back home. It was the drink i never knew i needed on a sweltering bangkok day. What can i say? Not all heroes wear capes..

PS. I also really, really, really wanted to take a picture where the lady is sitting in the picture above. But she just WOULDNT MOVE! I waited for about half an hour then gave up, and when i walked away i saw that she was watching some korean drama on her phone…….. ok, i cant blame her. If i’d settled in a spot like that I’d never give it up. 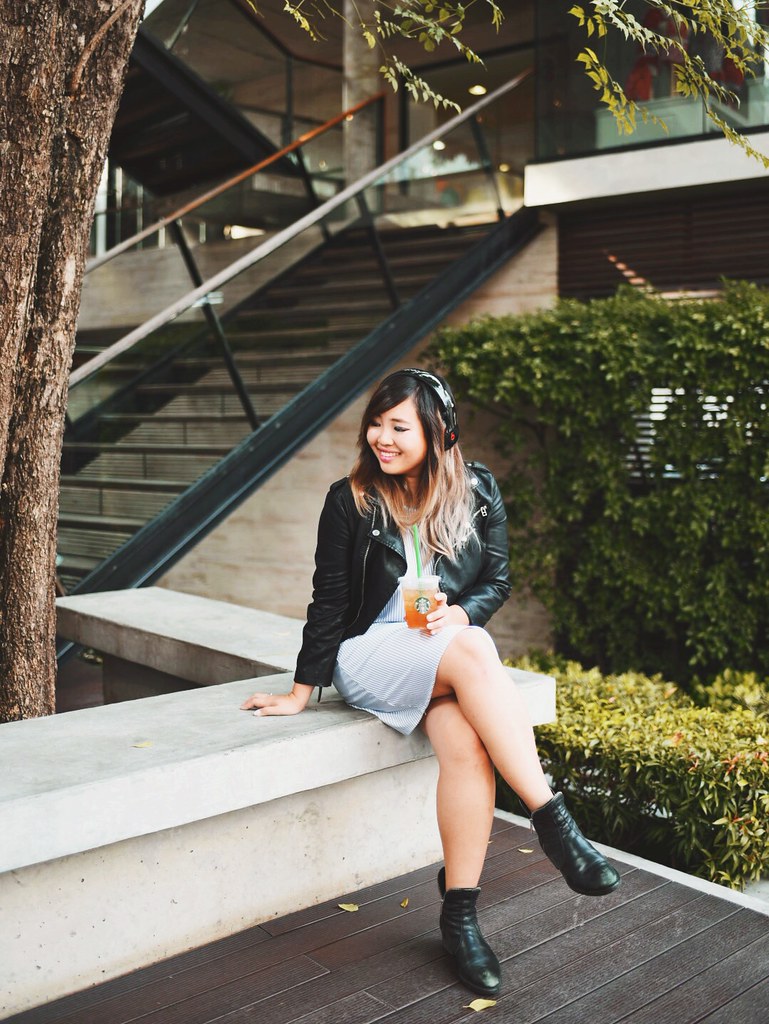 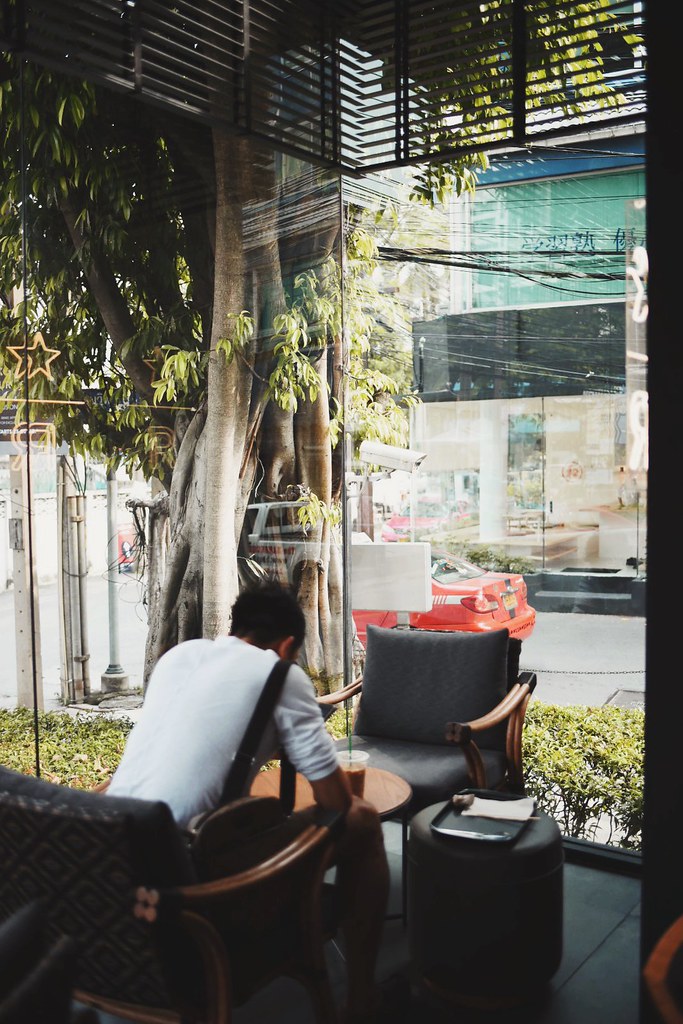 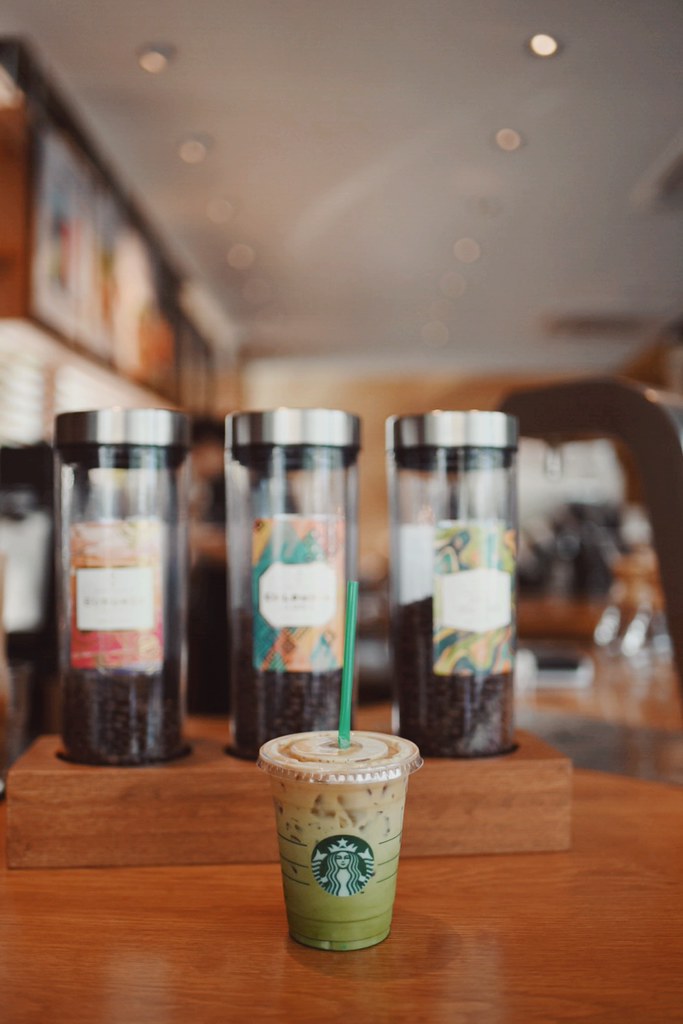 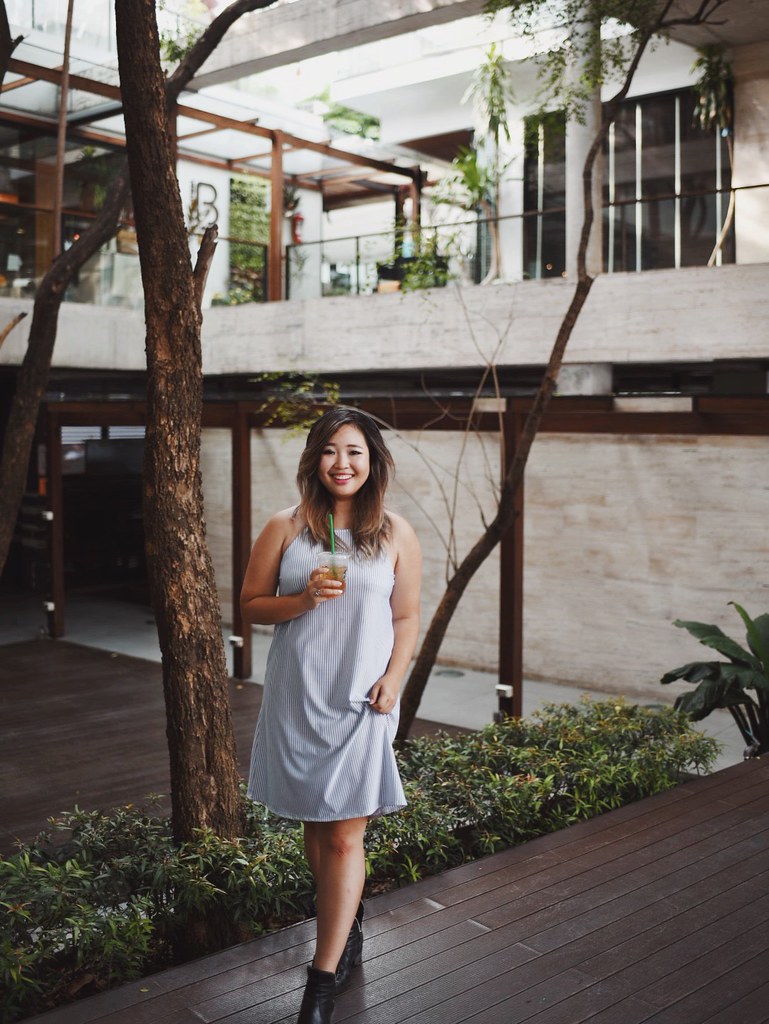 The architecture of Starbucks outlets have never failed to intrigue me. It’s the biggest coffee chain in the world. Arguably the most successful. All their stores need to have a certain recognisable aesthetic – but they’re never exactly the same. How do you get twenty three thousand stores in the world to look the same yet different, and have them all be beautiful at the same time? That is – how does the most common coffee chain in the world differentiate itself as a unique product? I dont have an answer, but somehow they’ve done it. I’ve always made it a point to pop by different starbucks outlets whenever I travel, and they’ve always remained both staunchly recognisable yet subtly varying in terms of interior decor. The outlets in Shibuya, Tokyo, and Taipei’s 101 benefit from incredibly iconic city views, and the outlets in Singapore play with location as well – the outlet in One Rochester, for example, sits in a colonial-style black and white house, and the one in Fullerton Waterboat House offers a gorgeous panorama of our landscape. This one in Thong Lor reacts to its surroundings in a very different way, by making use of the most consistent thing thailand has to offer by way of weather – the sun.

Floor to ceiling glass windows? It’s hard to say if this is a coffee chain or my dream home. The same concept might not have worked as well in a different location, but Sukhumvit Soi 49 blooms with lush greenery that’s both zen-like and deliberately pruned to casual perfection. As a result, the open feel of the store creates a cool, air-conditioned bubble that sits you right in the middle of all that smoky sunlight and greenery without being subjected to the unforgiving humidity. Coming from the country that has mastered the art of getting the hell out of the heat, I can tell you that this is a winning formula.

And of course, it helps that this outlet is situated in the Japanese expat neighbourhood of Bangkok, meaning that it’s clientele often features young families, trendy freelancers working off their laptops, or older japanese people just looking for a place to rest while walking their dogs… 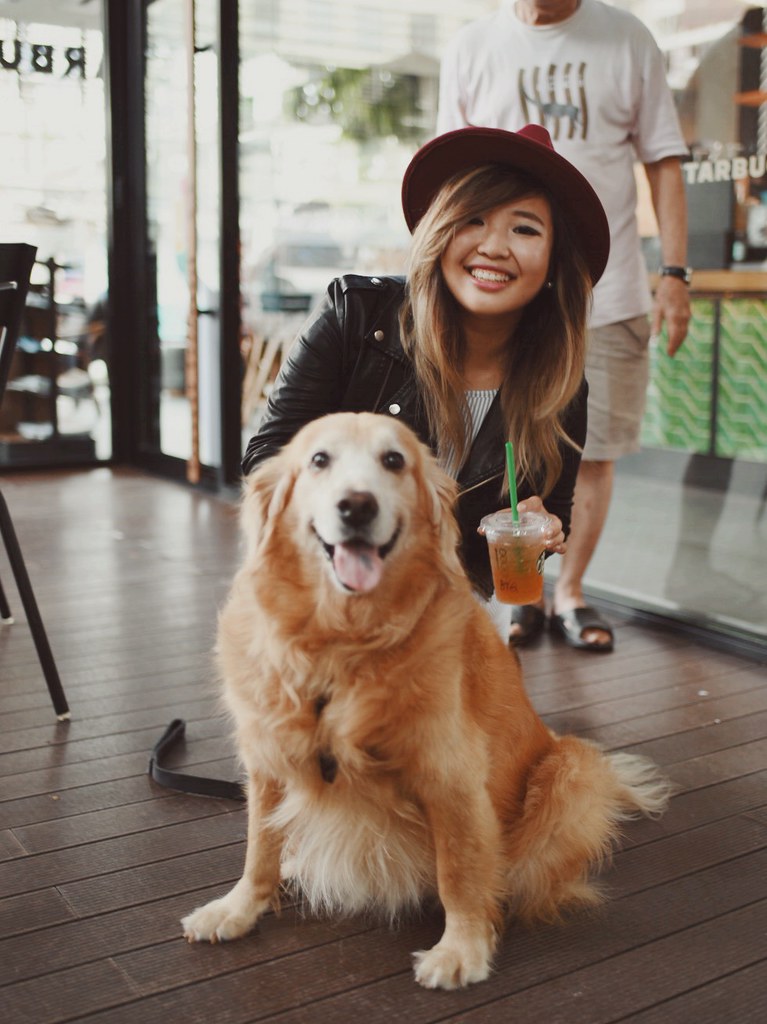 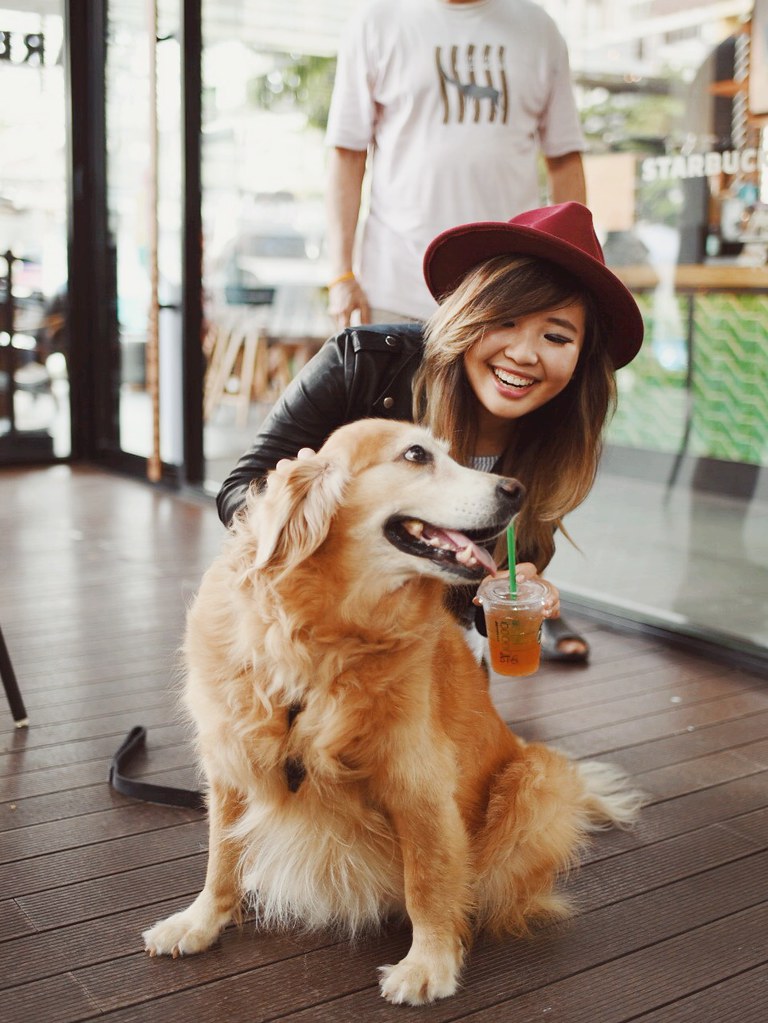 … because who doesn’t want to go to starbucks and make a new friend? Say hi to พาหุรัด, a word i google translated from english. Because that’s what she’s called – a thai word which translates to bracelet. And she is the hugest, laziest dog ever. I have a feeling she and Athena would get along.