I got very, very lucky recently with some airplane miles sorcery – initially I’d thought there was no way I’d be able to go home for 2 years as I am hemorrhaging, I say, HEMORRHAGING money with each breath, also, I gave all my money to Columbia despite the two scholarships I scrapped together which just goes to show the financial realities of pursuing one’s dream can and will be ……… dear. But! Will you believe it, with some magic sleight of hand which I expect will never repeat itself again, I will be popping home for a hot minute in january for the low, low price of 105SGD….. yes I know, absurd! Less than Shane’s monthly bubbletea fund! I thought for a long time before doing it because money is still money, but at the end of the day: 1. i miss my friends and family and fiance and 2. it was too good to pass up.

Anyway. As some people may remember New York and I have a thing about snow, and also, I usually have very bad climate luck, and the one time I saw snow falling in New York City I had this drama queen moment crying in the snow until multiple people popped my bubble texting me following my super melodramatic post going , ha ha, thats not snow, its SLUSHIES. Because they hate joy. Whatever. Because of my traditionally terrible luck with snow, which I am obsessed with, I was convinced in my SOUL that the minute I took off for Singapore in January the first snow would come, and i would miss it, and my fomo side would meet my paranoid side and I would once again be convinced the universe hates me.

But thank you Jesus because dreams do come true, and this morning we woke to a snow storm, and it was everything I ever wanted, and although my face was tight and shiny and painful, and I got a million microcuts from the tiny ice bits slashing into my face, and my glove-less fingers turned red like a crab being boiled in hundred degree water, risking total loss of digital function, the fact remains that THE WORLD IS WONDERFUL AND SOMETIMES THAT MEANS YOU GET SNOW. 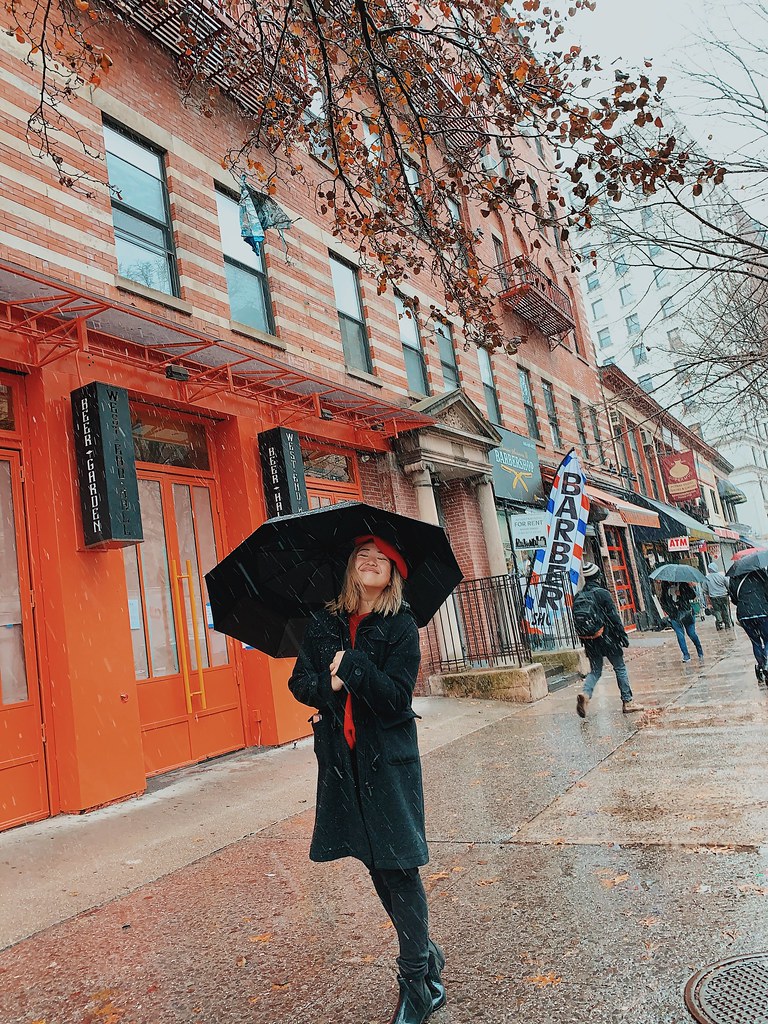