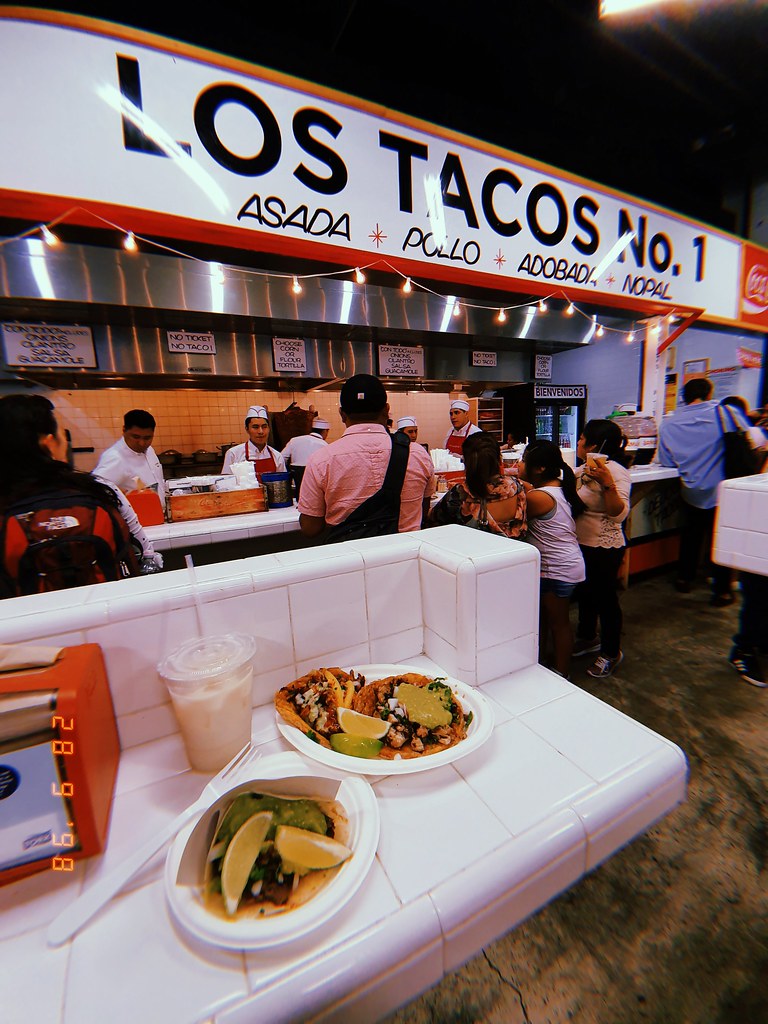 los tacos no. 1, times square
when you live in a new country you suddenly become extremely defensive of your homeland which otherwise regularly frustrates and inspires affection in you, as with all familial relationships, but one thing I must say is that after tussling with multiple, multiple people here re: food (what the grand heck is general tso chicken?! or singapore noodles? I must tell you now it does not exist except outside of singapore and is the sort of thing we look upon as a sort of litmus test for: are you a sucker or not?), i must admit that two things and only two thus far have thoroughly impressed me. One: bagels, a doughy contraption I previously regarded as a pointlessly lumpy ball of carbohydrates. But I now live around the corner from the best bagels in new york city and when i first bit into their freshly baked warm sesame bagel with cream cheese i nearly whimpered and cried mama. Two: Tacos, and specifically, Los Tacos NUMBA ONE, which melody recommended, which is located opposite the HARRY POTTER AND THE CURSED CHILD theater, which you keep not winning lottery tickets to, which really annoys you, which is not the point, the point is this taco shop, which requires a half hour queue, which has a secret menu cheese shell item that costs three extra dollars, which they dont tell you about, which shocks you upon receipt of the bill, and again when you take a bite, for it is wonderful, amazing, all the words, and over too soon. And the day after you first experience LOS TACOS NUMBER ONE you march to the gym and sign up for a monthly membership and you think alright i suppose all that fuss was worth it after all.
x
Jem