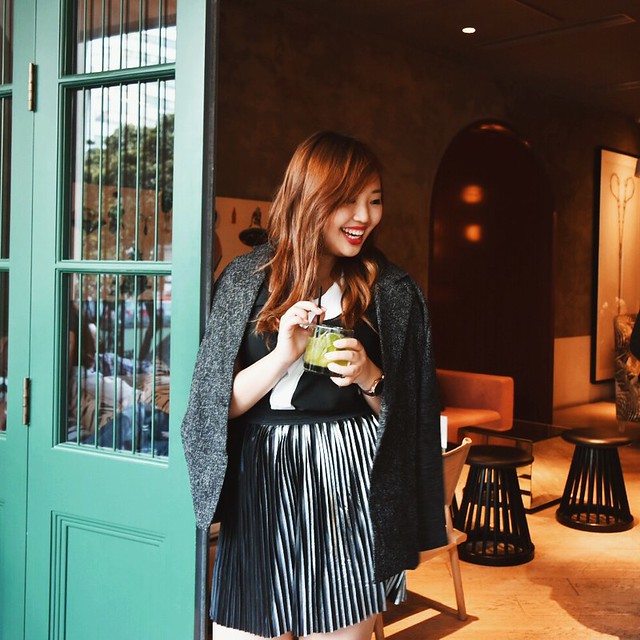 One of the things I really enjoyed in Hong Kong which I wanted to talk about but that didn’t fall into the brackets of hipster or broke student’s guide material was a really fancy night out at The Pawn. It was a rather spontaneous thing – when she saw that I was in HK from my instagram feed, Alison from CatchOn & Company reached out with an generous invitation for a personalised tasting at The Pawn, which sounded lovely and looked lovelier.

The Pawn is named such because the building used to house a pawn shop, but it has since been refurbished and is now a fine dining restaurant and bar helmed by Michelin starred chef Tom Aikens. I don’t know about you, but I’ve always had a soft spot for rooftop / outdoor bars because of the great view you’re afforded when dusk sets in. There’s just something about enjoying a mojito in fresh air while overlooking busy traffic that gets to me.. and The Pawn is known for being a favourite hangout for locals and expats alike. 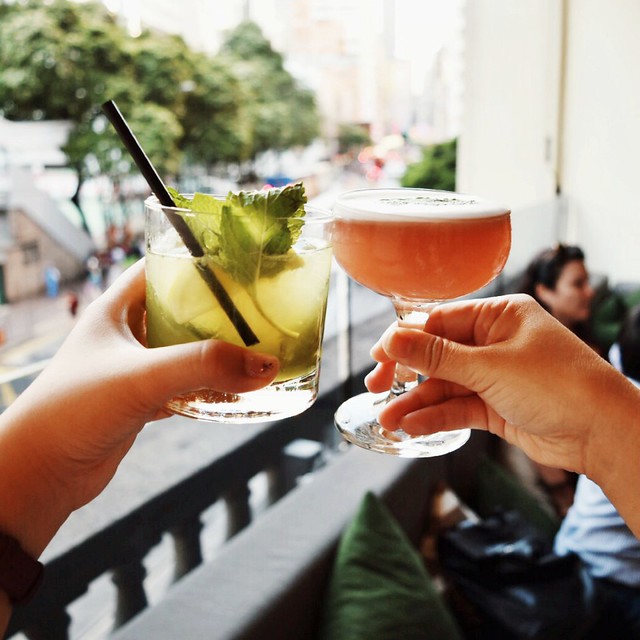 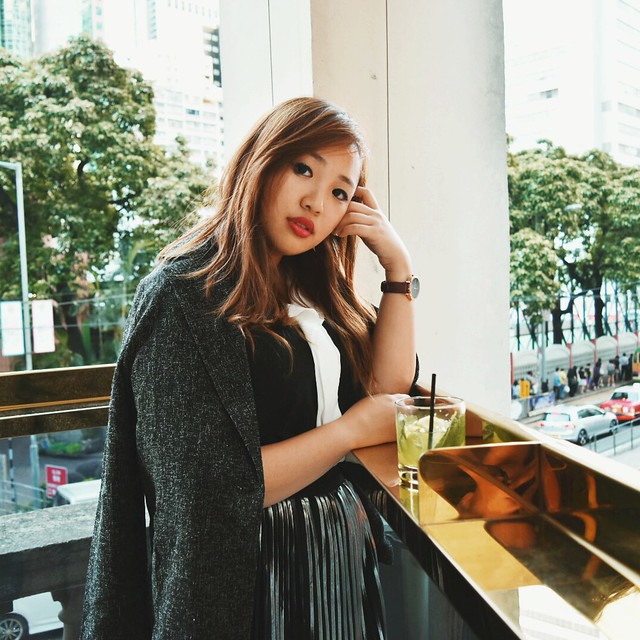 We wanted something casual, so instead of going full fine dining, we lounged with drinks, bar snacks, and good conversation by the balcony. Still, everything served was so delicious that what was originally meant to be a pre-dinner snack ended up stuffing us well and good for the rest of the night. Special mention goes to the salad, which tasted exquisite and like a Michelin starred salad, and to the pork ribs, which were done up so tender they reminded me of pork belly buns. It was all very casual and fancy and delicious at the same time, and surprisingly relaxing for such a classy establishment. And of course, the place was beautiful. 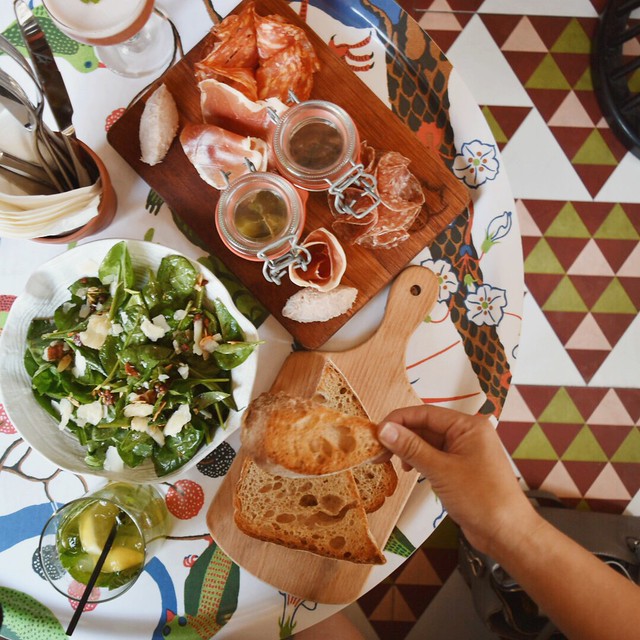 After the meal we wandered back to our hotel, picking our way through the busy streets of Hong Kong which, in the evening, carries a certain old school charm. Too many Wong Kar Wai movies, I think, have softened and romanticised the city for me. We made our way back to the hotel and collapsed into an exhausted bundle on the soft white duvet as the city blinked and winked at us from the huge windows. Mira Moon hotel – another unexpected luxury we were so blessed to have received. 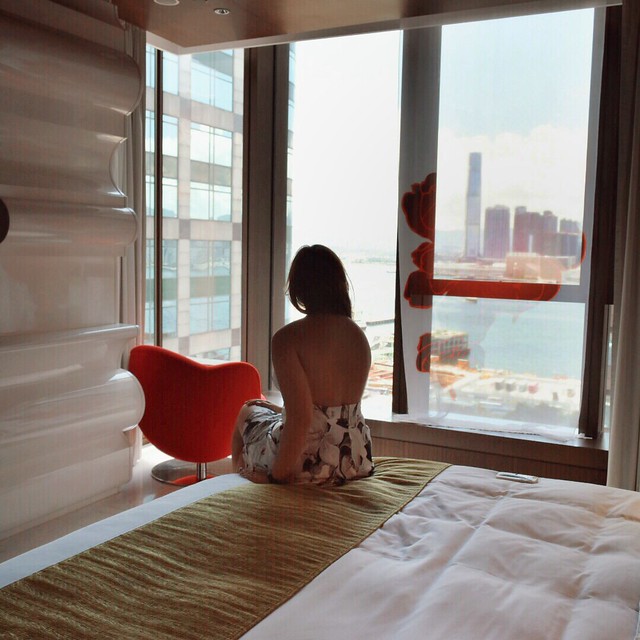 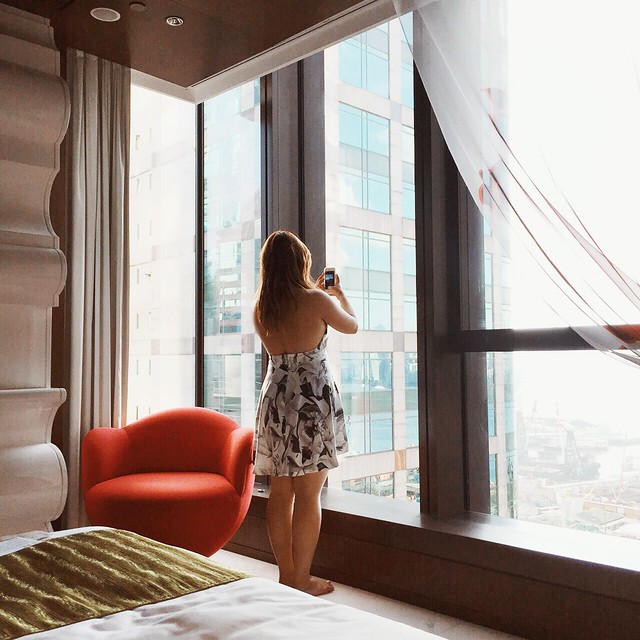 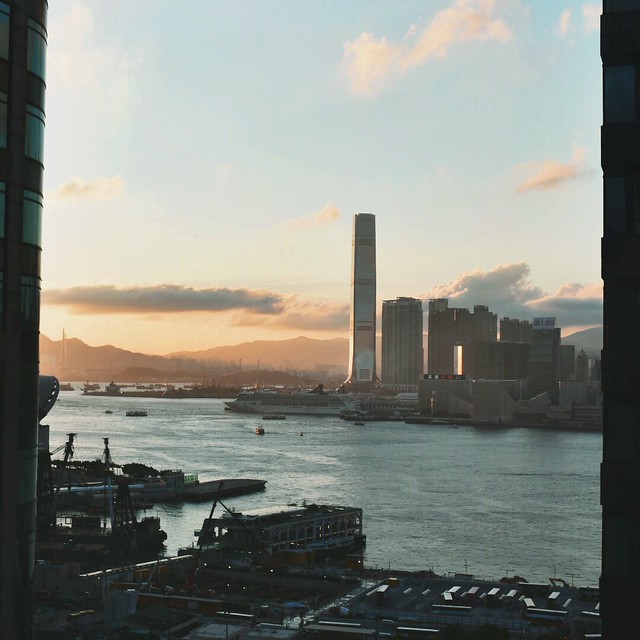