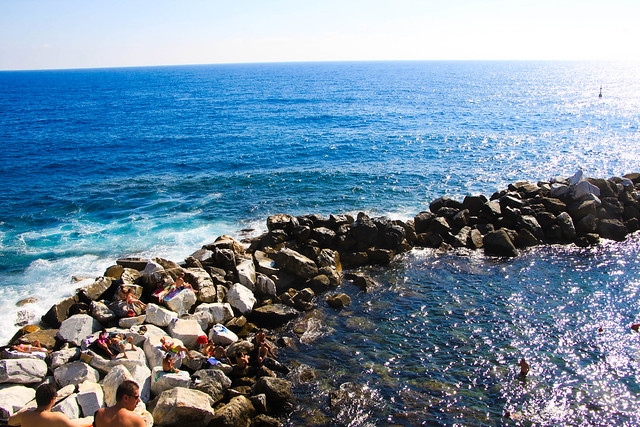 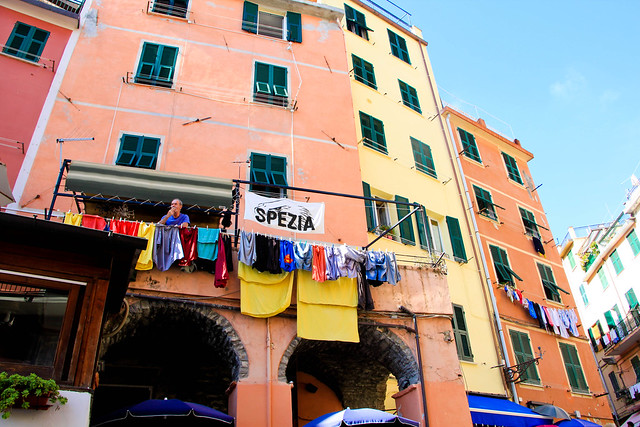 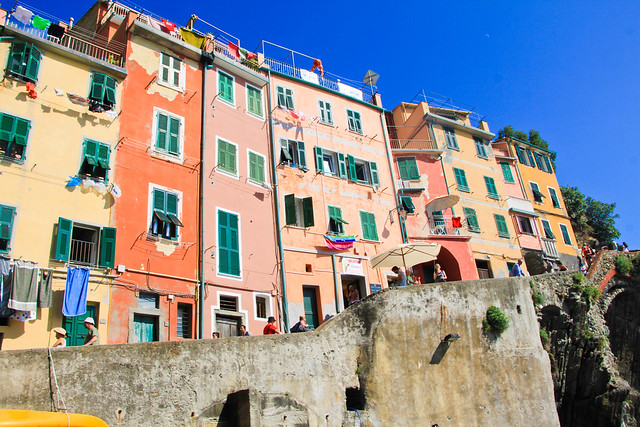 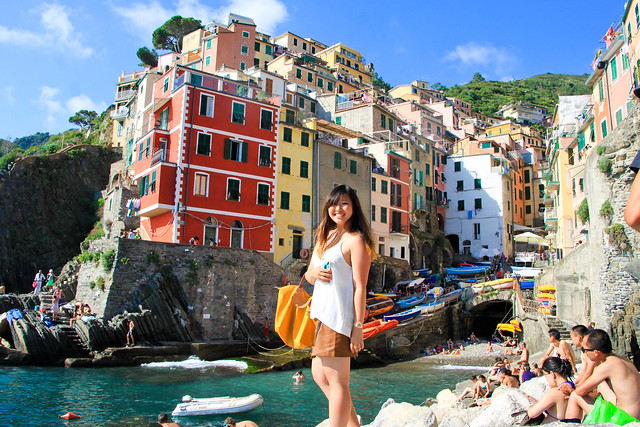 Riomaggiore, Cinque Terre, Italy.
Buongiorno, Principessa! Just before embarking on my two week tour of Italy in July/August, I had a late night movie session watching La Vita e Bella for the first time. It was really just a heartbreaker disguised by cheerful italian music and mustaches, which also could apply to most of Italy if you think about it – it breaks your heart to leave and ruins all other places for you for life. What can I say? I’m an Italy kinda girl. This is the second of my three part post on the wonder that is Cinque Terre, you can read my first lengthy exposition on my favorite of the five towns here. While nothing can really top Manarola for me, Riomaggiore was a pretty close second, if only for the money shot featured right above.

The thing about Cinque Terre is, each of the five towns are pretty small. If you’re a checklist kinda traveller, you can easily cover a town in an hour – but as we established in the first Cinque Terre post, covering is not what we’re going for. Relax. Pop a glass of wine. Take your time. Gander. It’s not everyday you find yourself in what could possibly be the most romantic region on earth. 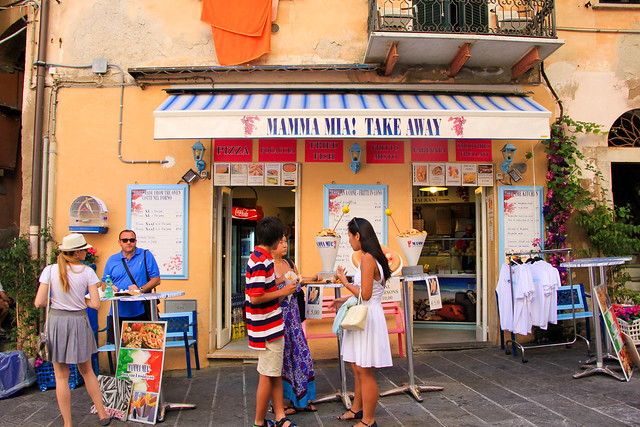 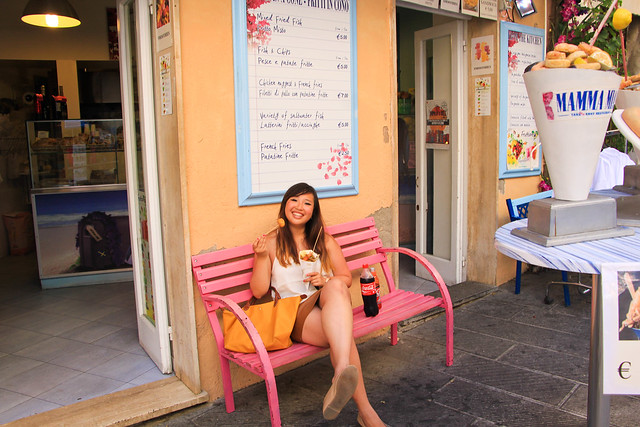 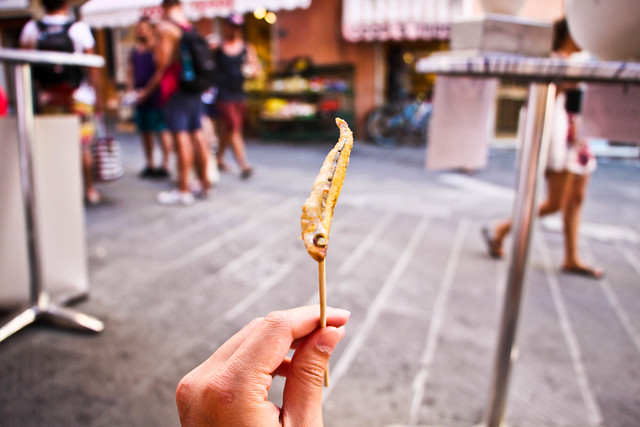 Each town has a distinctly different vibe. Riomaggiore is a hot favorite for many travelers, and the first of the five towns on the Spezia train. The one thing you should do in Riomaggiore is pop by any store and get their famous seafood buckets. Those anchovies are to die for. Being the suckers that we are, we went straight for the most colorful flytrap of them all, this Mama Mia themed one along the main street. (You’ll soon find that nearly everything is along the main street in all these towns.) 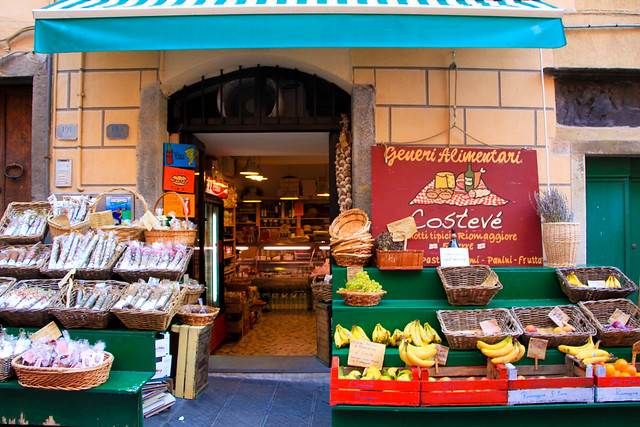 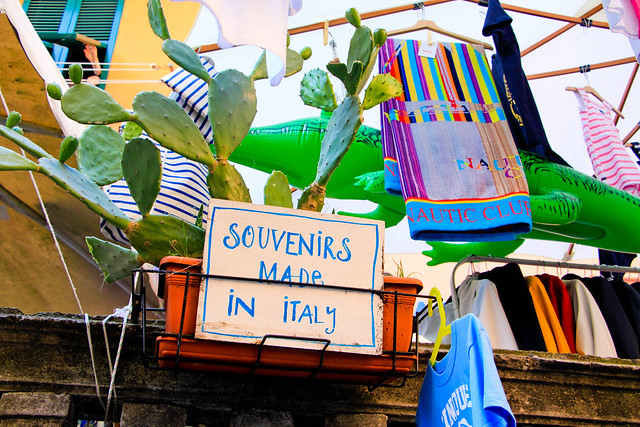 It’s a town that knows it’s a tourist trap and just works it..

Allow me a moment to digress a little. Cinque Terre is notoriously hard to get to, despite it looking rather straightforward on the map. Most of Italy does, actually, require either extensive googling or an Italian best friend. It’s one of those countries that can’t really be bothered with keeping information updated online. It thus follows that because sharing is caring, I should probably detail how exactly I got there:

The easiest way to get to Cinque Terre is by train. If you’re coming from another part of Italy, take the train to La Spezia, which we can think of as the mainland. From there, you can either rent an apartment in La Spezia and travel in to the five towns everyday, or rent an apartment in one of the five towns and start from there. I suggest you rent one in Manarola, like i did.

From La Spezia, there is a train that runs across the five towns every hour or so. This is called the treno regionale, and you probably should get a Cinque Terre Train Card that allows you unlimited train rides for a few days. 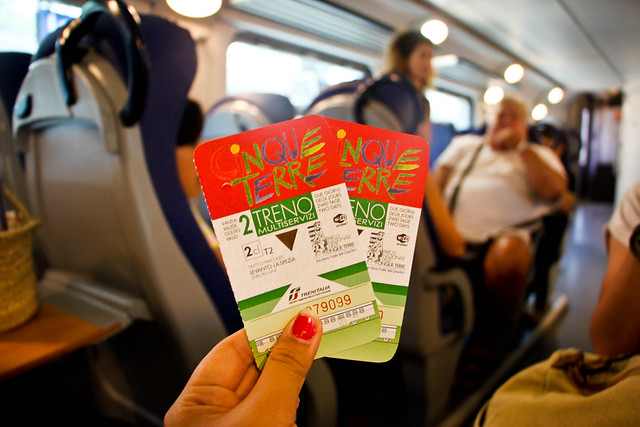 You can try skipping the fare, but if you get caught the fine is pretty huge, and they do check pretty regularly. I’ve seen people get caught myself, and because they’re a tourist town they’re used to people trying to be cheap and skimp on fares so dont expect the usual level of wheedling to work here.

You can buy this card from the tourist shop right in the La Spezia train station. Both cards give you access to the park buses that run in certain towns (very useful in Corneglia!) and very slow wifi at the train stations in each town.

You can find the specific train timetable here, accurate as of December 2014. Please study it properly before you get on a train because it’s very easy to get on the wrong train – if you miss it or take it in the wrong direction it’s a good hour’s wait till the next, which is bad, but not as bad as if you miss it at the last stop, because that just brings you to a whole different part of Italy and good luck finding your way back. 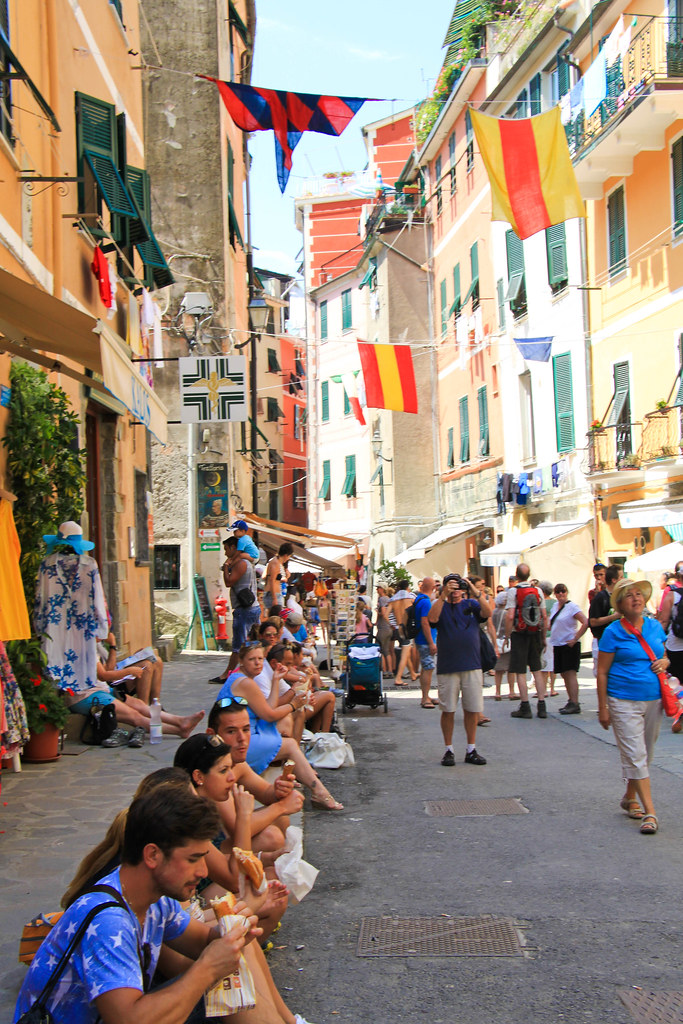 Corneglia, Cinque Terre, Italy.
With that, we found ourselves heading to Corneglia. If Manarola is the cool kid and Riomaggiore is the popular one, Corneglia is the beautiful older sister everyone wants to impress. It’s the only one of the five towns which isn’t sea locked – it’s actually located on the top of a cliff and doesn’t melt down into the waters. Everyone spoke of it’s beauty, which was apparent, but I felt like it had less character than the previous two towns. Still, it was lovely: 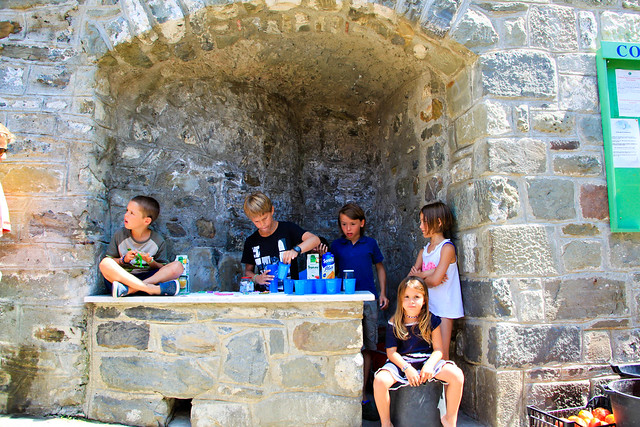 My first time seeing kids actually setting up a drink stand to earn pocket money! I didn’t like mango juice but I bought some anyway because they were so adorable. 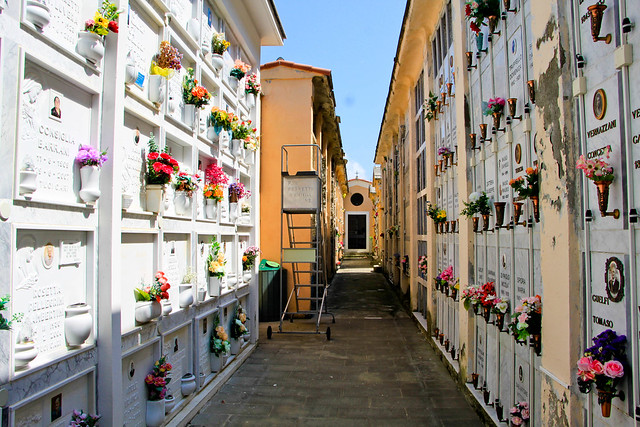 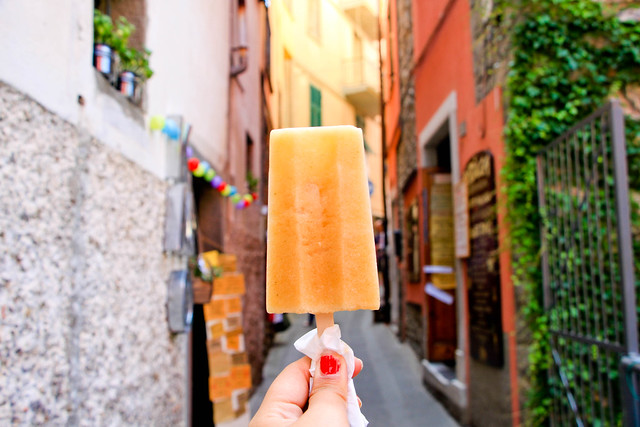 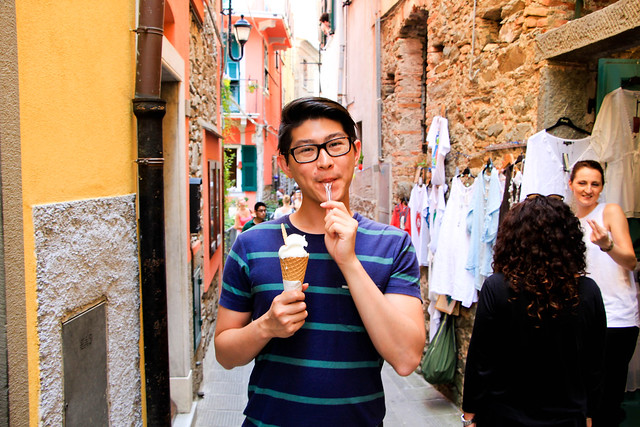 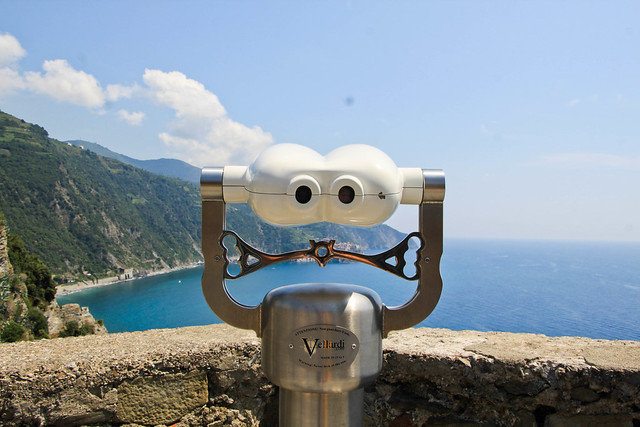 You have to take an uphill bus to the main town itself, and once you’re there you’re free to wander around till the hour comes round and the bus appears to take you back to the train station. I think I would have enjoyed it more later in the year – most of our time there was spent trekking up endless stairs in the hot sun for a killer view of the sea. Killer because it takes your breath away, both literally and metaphorically. I wanted to say If I wanted to see the sea I’d have gone to a beach but everyone was so busy oohing and aahing I didn’t want to seem like too much of a killjoy. 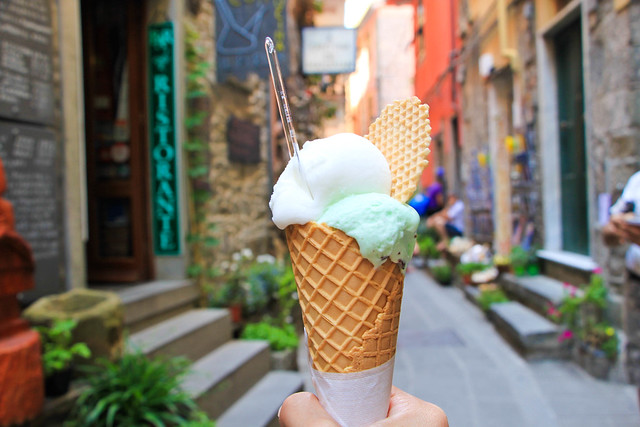 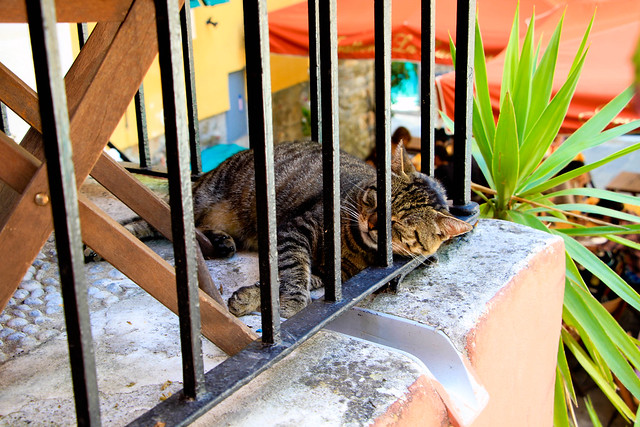 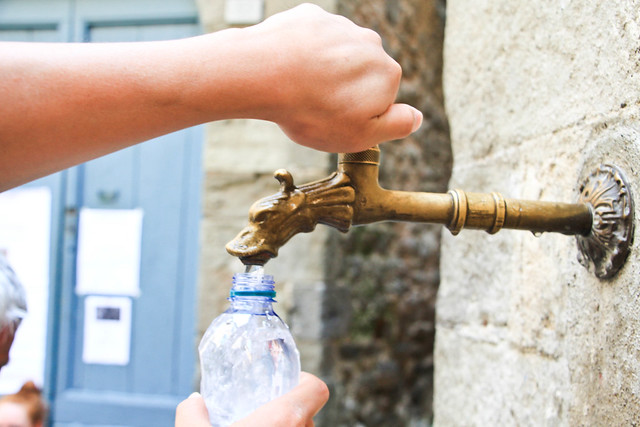 Thank God for free potable water at every corner and an abundance of tripadvisor certified ice cream stores! Seriously, all the ice cream stores have won some award or other, so don’t bother being too fussed about hunting down the best gelato in Corneglia. They’re all good.

The hour was up before we knew it. I didn’t feel too sorry to leave – beautiful as it was, there was nothing that made it distinctly Cinque Terre as opposed to being just another beautiful town in Italy, you know? Still, it made for gorgeous pictures – too many, to condense into just one post. Next up: Cinque Terre Part III – Vernazza and Monterosso.