#1868| The Broke Student’s Guide to Budapest 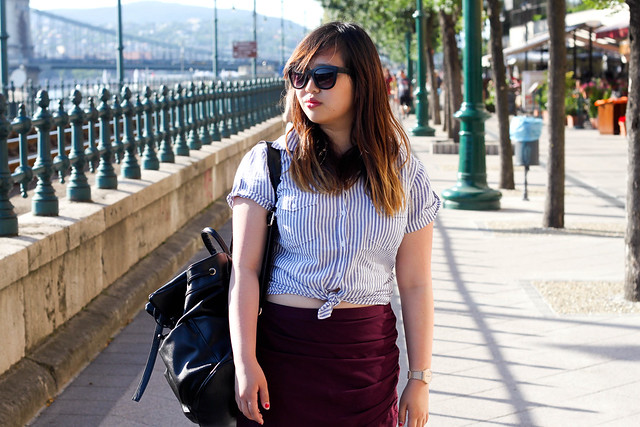 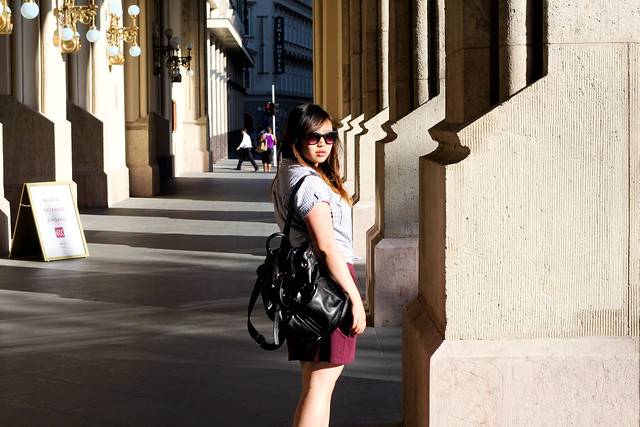 Budapest, Hungary.
I know, I know. I’m finally getting round to blogging about my three week long duffel-packing (like backpacking, but with a .. duffel?) across Europe. I’ve got so much backlog I don’t even want to think about it, but whatever.

Anyway, on request, here’s my Broke Student’s Guide to Budapest. Something you guys should know, first off, is that Budapest isn’t really a place you actually need a broke student’s guide for. It’s insanely cheap, cost of living is low, and it’s basically the only place within Europe I know of that a student can spend less than 10k on an exchange semester. That said, I landed in Budapest with only a hundred euros in my wallet for four days for expenditure, transport, and accommodation, so I’d like to think i did pretty good budget wise. So for those of you who are looking to do budapest for under a hundred euros.. here we go.

Budapest reminded me a bit of Bangkok, cheap, fun, and also a little dingy at points. Still, if you’re headed to Eastern Europe there’s no excuse not to hit it. It’s right along the line down from Prague through Slovakia, and it’s nicknamed the Little Paris of Europe because it’s gives you that Parisian vibe at a much cheaper price tag.

Hungary’s currency is the Hufflepuff.
Okay, I know it’s officially the Forint, but when you abbreviate that to HUF you’re really just asking for it. I made the mistake of changing my Euros to Hufflepuffs in Germany, which I later realized was a pretty stupid move. Changing your money in Budapest itself is far, far better. You have to be sure to avoid dubious money changers that charge ridiculous commission (just ask before you hand over any cash), and make sure you dont change money at the airport itself, but otherwise it’s a much better rate you’ll be getting. If you’re scared of scams, there are ATMS all over Budapest. The exchange rate is, once again, better than what you’d get if you changed your money outside of Hungary.

For reference, one Euro is approximately 310 Hufflepuffs.

Unlike in Germany, they check for tickets in all the Metro stops so you can’t get around that. It’s cheap though, like the equivalent of 1.50Euros per trip which is half what you’d pay in Germany. However, they dont really check for trams and buses, so while i’m not advocating a dishonest lifestyle of fare-skipping, i’m also just putting this fact out there………….. 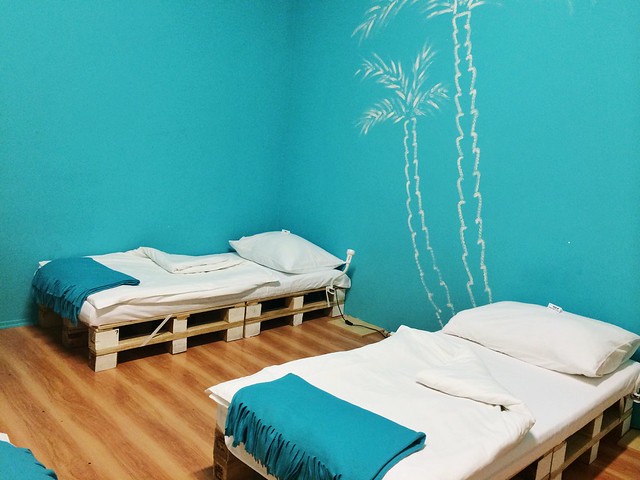 I was stupid enough to book my hostel on the rights dates in the wrong month, so when I turned up tired and hungover from Slovakia, the topless male receptionists (weather issues, dont even ask) at Carpe Noctem Vitae very kindly told me that I didn’t show up for my booking one month earlier, and that they were full for the next week or so. Bah.

I had to book a last minute place in a nearby hostel, and I ended up at Amazing Hostel Budapest. I know, i know, ha ha. But it turned out pretty good, actually. It only cost me the equivalent of 9 euros a night, it was in an incredibly convenient location, and it was recently renovated. Come to think of it, it was more like renting a room in a private apartment, with a slightly clueless but kinda cute ‘receptionist’ sitting in the living room. Definitely recommended.

For those of you who’d rather have a more exciting nightlife experience, my original hostel is branded a ‘party hostel’ where they bring you out to a different party every night. What it means is you’ll get a far more exciting experience, but you probably also have to expect noisy and drunk people coming into the dorm room at 2am. You decide whichever option rocks your boat.
Carpe Noctem Vitae
1067
Budapest, Szobi Utca 5
Doorbell 13
FOOD


Food in Budapest is also, extremely cheap. Unfortunately I didn’t get to try all the places here, but when I was in the process of instagramming the city plenty of people who stay or have studied in Budapest left recommendations, so I’m just gonna share them here.

Fisherman’s Bastion
Somewhere you can get coffee or a meal with apparently amazing views of Budapest. However, pro tip: going up to enjoy the view is free after 10pm, and you dont even have to buy a drink anymore. Heh heh.
1014 Budapest, Szentháromság tér 5, Ungheria
+36 1 458 3030

Okay you know what? Just read this article. Ok moving on.. 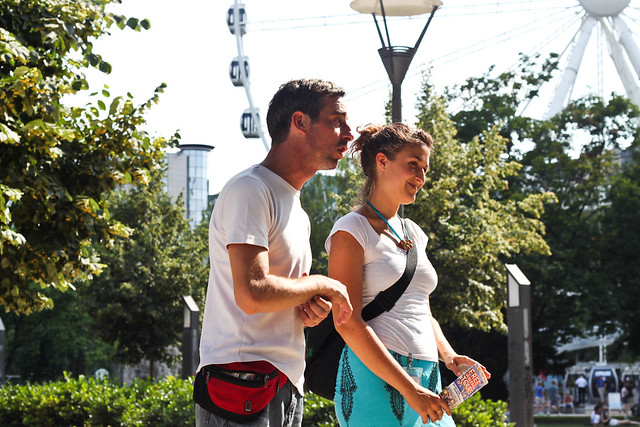 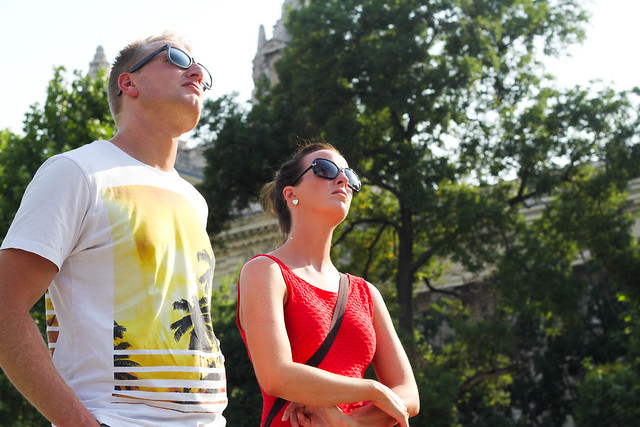 FREE THINGS TO DO

As with most cities in Europe, there are a whole bunch of free walking tours offered in Budapest. I know it sounds a bit touristic and blah, but even if you’re not a history buff a lot of these tours can be really really interesting and a great way to get to know the city – otherwise, after awhile all the cities start to blend into each other in terms of architecture and style. How free walking tours work is, you join the tour, and if you like it, you can tip them at the end, no obligations (though you really should…). I did the three hour long Communist Walking Tour under Free Budapest Walking Tours, and it was super interesting and didn’t actually involve much.. walking. 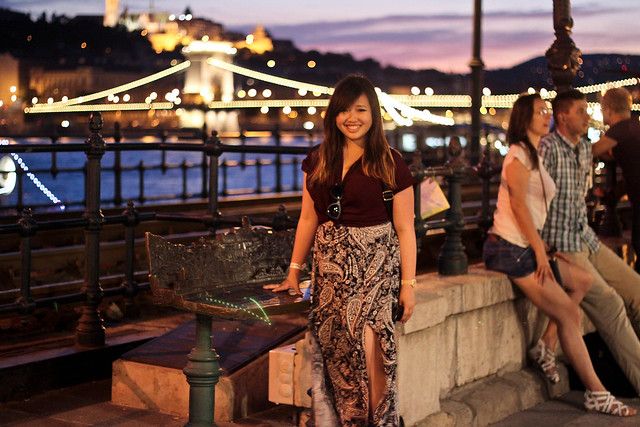 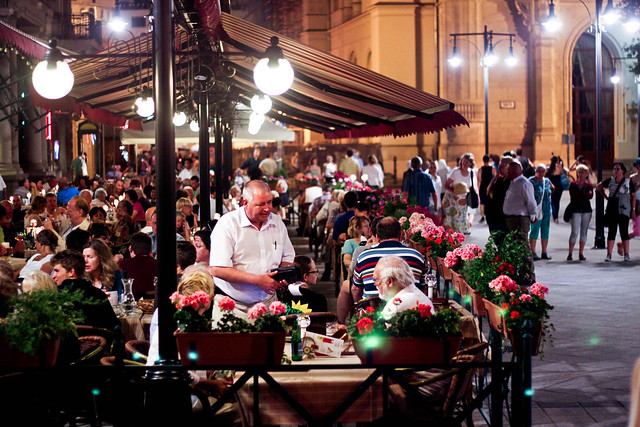 Something else that I really enjoyed was just walking down the Danube River at night. Everyone’s out and about, the place is bustling, and if you’re lucky, you might catch people spontaneously bursting into dance.

It was pretty amazing.

TOURISTY THINGS YOU DONT HAVE TO SPEND MUCH MONEY ON 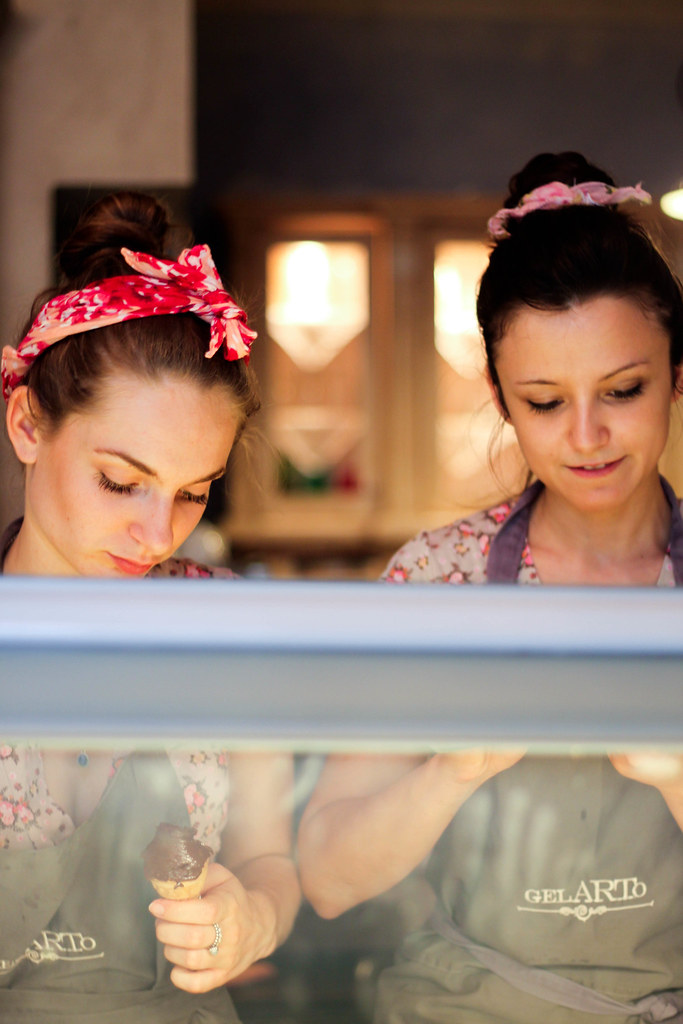 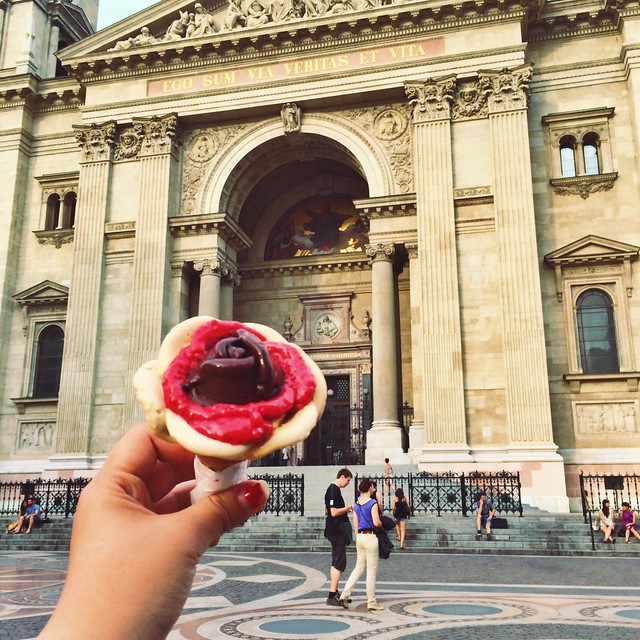 A very instagrammable gelato rose is available near the St. Steven’s Basilica at this little shop called, uhh, Gelarto Rosa. It’s not just pretty and gimmicky though, the gelato really is good. My favorite was this Lavender flavored thingy, but i’m sure they’re all as good. It will cost you about 400-600 Hufflepuffs, depending on how many scoops you want. The pretty waitresses dont hurt either.

Gelarto Rosa
Szent Istvan ter 3,
Budapest 1051, Hungary
+36 70 383 1071
Another thing that is apparently super fun and low budget (because you just spend as much as you want on drinks) is Ruin Bar Hopping – Budapest is famous for its Ruin Bars, and they’re all very distinctive and quirky in their own way. Join a free Ruin Bar tour – just enquire at your hostel front desk.

Budapest doesn’t really have much in the way of shops, but there’s a pretty decent cluster of chain brands like Zara, H&M, and so on in the city center. For some reason, it seems cheaper if you pay in euro.. but that might just be because i got a shitty exchange rate. Either way, shopping isn’t really what i’d go to Budapest to do. However, if you’re in for something a bit quirkier.. 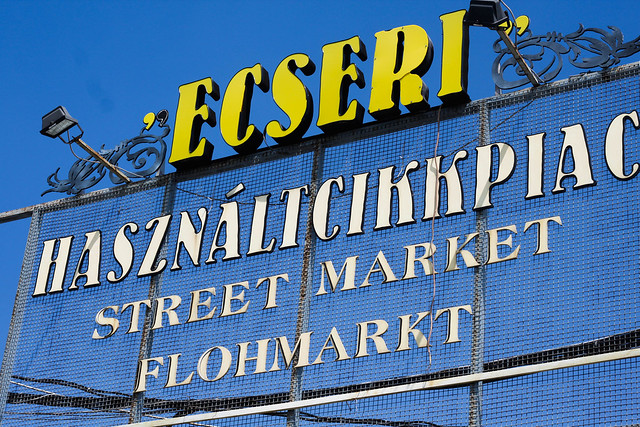 BUDAPEST FLEA MARKETS are a pretty big thing. This is the biggest which also means it’s the best, ha ha insert inappropriate joke here, and it’s called the Ecseri Flohmarkt. Best visited on weekends, obviously, but I went on a weekday when it was partially open and scored a vintage film camera for 10EUR. You have to cab there because it’s so inaccessible but whatever, cabs in Budapest are cheap.

There are another two flea markets that are supposedly worth visiting. You can read this blogpost to get a better idea of what to expect, since i didn’t visit the other two.

THE STAR OF THE TRIP

Seriously though, if you can only do one thing in Budapest… 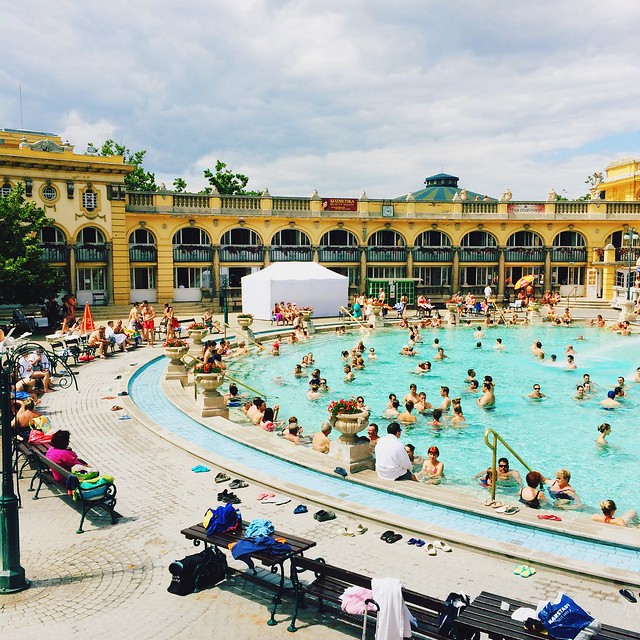 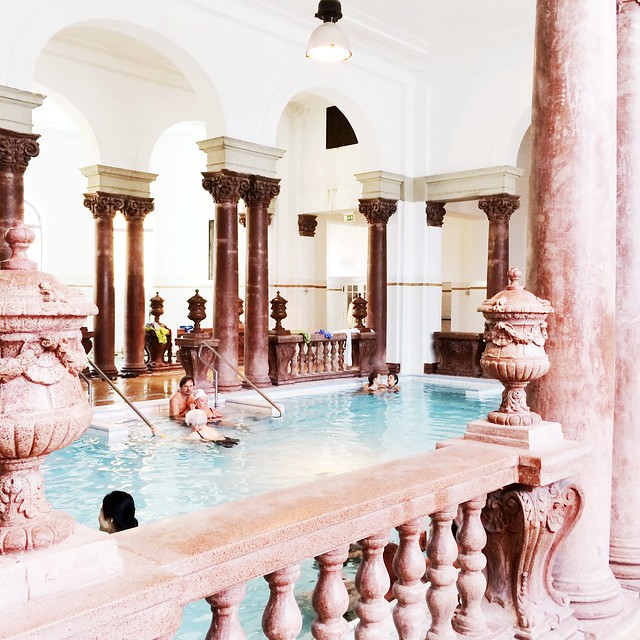 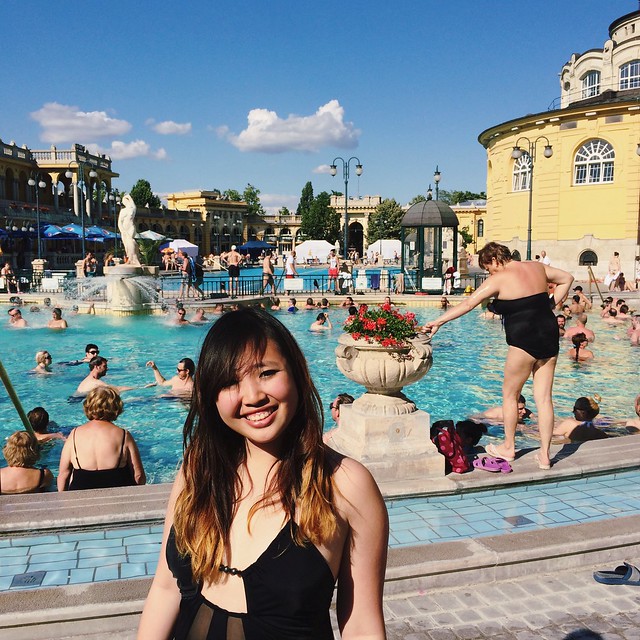 Because honestly? You can get architecture, attractions, and dare i say it? – history – elsewhere. But you can never get a Budapest Bath anywhere but here.

The Szechenyi Baths were the highlight of my trip. I bought my tickets the day before at a tourist shop to avoid the queue, and it cost me aboutttt 17-20 euros, i dont remember. I got the full day ticket with a locker cabin because you get a mini room to store your stuff and change which is much better than a tiny locker, i think. On the day itself i ended up adding a massage to the package at the front desk for 15EUR because #princess. It was the best day.

It was just a really well timed thing, you know? Budapest was my third stop in a three week long journey, I was tired, my back was aching, and i just kinda needed a break from endless sights and castles. The Szechenyi baths were beautiful, and consist over twenty different mineral baths of varying temperatures. It sounded perfect.

I basically spent 7 hours in the baths from early afternoon to sunset, and was lucky enough to be there on a day they also held a night pool party. It was awesome and my skin felt amazing afterwards, and I feel like i would journey all the way back to Budapest just for another spa day.. so much cheaper than an actual spa anywhere else too. If you go to Budapest and don’t do this after reading this post, I cant even… I just cant. You can’t sit with us.

Alright, so that about winds up Budapest for me. One last thing I did most nights was catch the World Cup games in bars and massive public screenings, but while that was super fun, it also isnt applicable to you unless you’re reading this in 2018 or something. Ah well. You know how this goes – leave a comment below if you have anything to add, but otherwise, I hope this was useful to you! I really enjoyed Budapest, so if youre headed there, I sincerely hope you do too 🙂