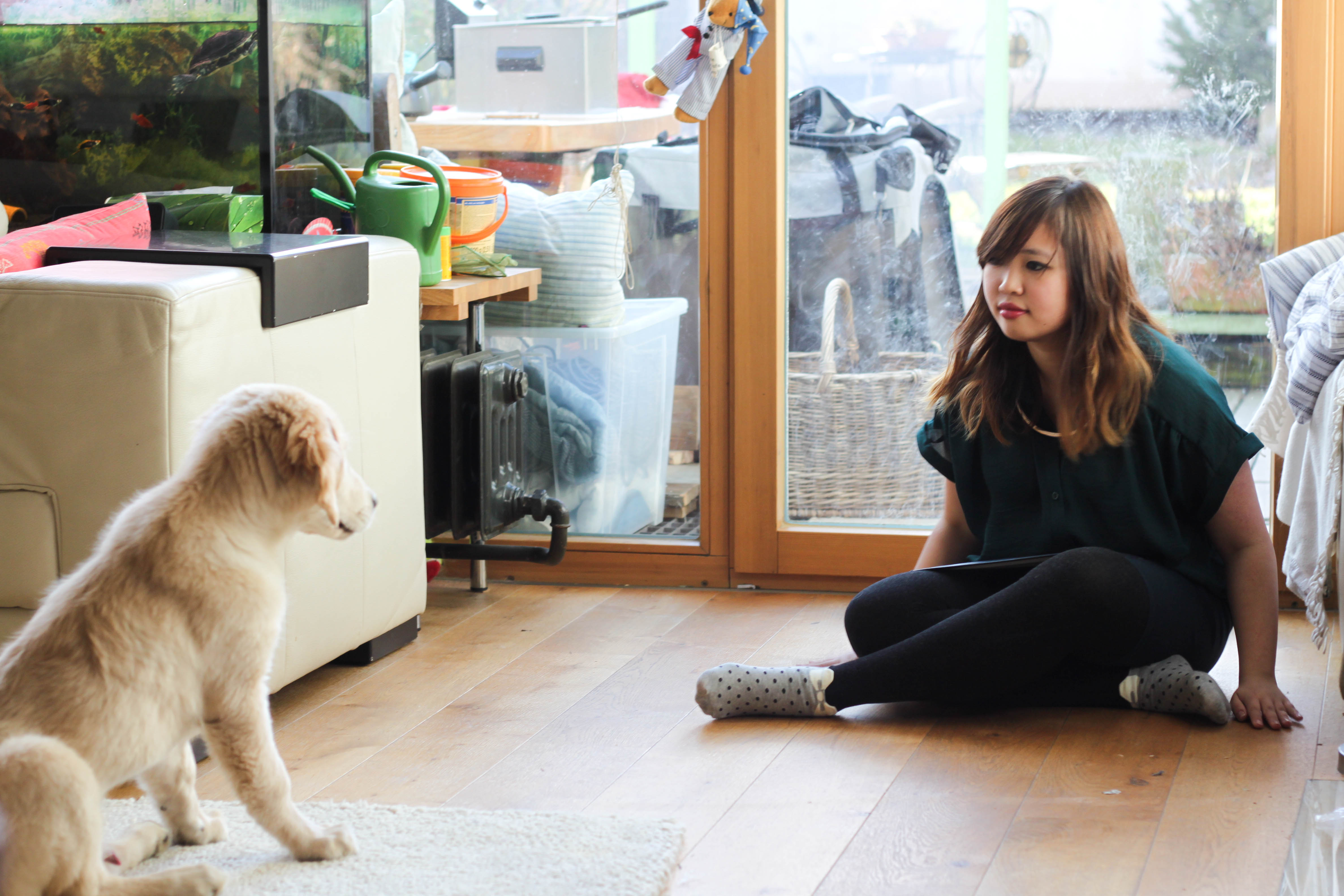 Have I introduced you guys to my new housemate yet? No? Anyway, meet Baloo, sixteen week old golden retriever puppy named after the Jungle Book bear. I’m more of a cat person but no one can help not immediately loving this dog.. although when I skyped Athena back home she just stalked away once Baloo popped up onscreen. Cats.

Anyway, I’m online and talkative, which can only mean one thing: I’m procrastinating, as usual. For some reason I was under the impression that studying abroad would be one long holiday except NO, there’s actually homework and tests and shit. Did you guys know that every inanimate object in German has a gender? As lenne so eloquently put it: Do I give a shit if the table is a male or female? Do I? Do I really? No. No I don’t. It’s been nearly a month and all I can do so far is introduce myself and basically put across the point that I don’t really know what anything is. Essentially pointing to things and going:

Was ist diese? Was ist das?

Which sounds incredibly like some singaporean ah-lian speak, doesn’t it.

To the point, I have a two page paper due for my German Film and Literature class. More accurately, it was due.. approximately two weeks ago. I keep telling myself i should do it, now, and then going yeah I’m a literature student how long can two pages take? then flopping on the bed and watching FRIENDS. Right now Ross and Rachel are in a happy place. The whole “WE WERE ON A BREAK!!!” saga is coming soon, you know it. Ten points if you catch the reference. FRIENDS truly is the best show ever to be shown on tv..

But you know, speaking of onscreen stuff. (This is where you’d expect me to plug our latest episode of That F Word just released this week, but no. Consistently surprising you guys. I do try.) I’ve watched two very, very good films for one of my classes here, because despite my incredible laziness when it comes to homework I actually do pay attention in class, thank you very much. Or should I be saying Klasse now? Anyway. 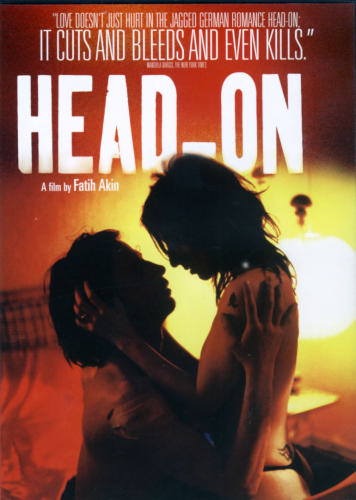 Head On by Fatih Akin is a 2004 German film done in classical Greek style about Turkish people living in Germany. It’s about this young girl from a super conservative Turkish family (brother broke her nose because he caught her holding hands with a boy kind of conservative) who runs into our depressed 40+ year old turkish protagonist at a hospital after they both try (separately) to commit suicide. After realizing he’s turkish, she immediately tries to get him to fake-marry her because she wants to be free from her family and go out and enjoy the world and all it has to offer (in her terms, this basically means a lot of sex) and being turkish, she can only marry another turk. They’re both very good looking and obviously fall in love and then disaster strikes. Not totally unpredictable, but worth a watch anyway. Very refreshing after years of watching classic hollywood bullshit.

The Lives of Others by Florian Henckel is a 2006 film about the East German Secret Police aka the Stasi pre-berlin wall fall. It follows this adorably awkward Stasi agent who’s assigned to carry out secret surveillance on this popular playwright living with his actress girlfriend in East Germany in a very fly on the wall type of way and who gets too emotionally involved in their lives. It evolves into a queer sort of threesome love triangle dynamic where two parties dont know the other exists. Huh. Still, the film is very, very powerful, with a sort of quietly intense intimacy that seems to accompany only the best of arthouse films these days. It’s fascinating too- the way they break down the interrogation sequences and motivations behind the infamous secret police terror regime of the 1980s. All very Big Brother. History buffs will get a kick out of this, and people who don’t care for history will find this film at the very least, riveting.

You see- I dont know what the matter with me is. I can bang out 700 words of a blogpost in half an hour, no problem, but I can’t sit still to finish up (or start) my essay. Oh well. I guess I really should be going now; I’ve procrastinated enough and there’s only that much you can say in a post before you start to bore everyone and ramble in a bid to keep writing for the sake of keeping your essay at bay. Goodbye from Germany, and while I’m off writing my paper you guys can watch the latest episode of That F Word featuring Korean fashion and assimilating trends.

There, now you have my plug for the show.