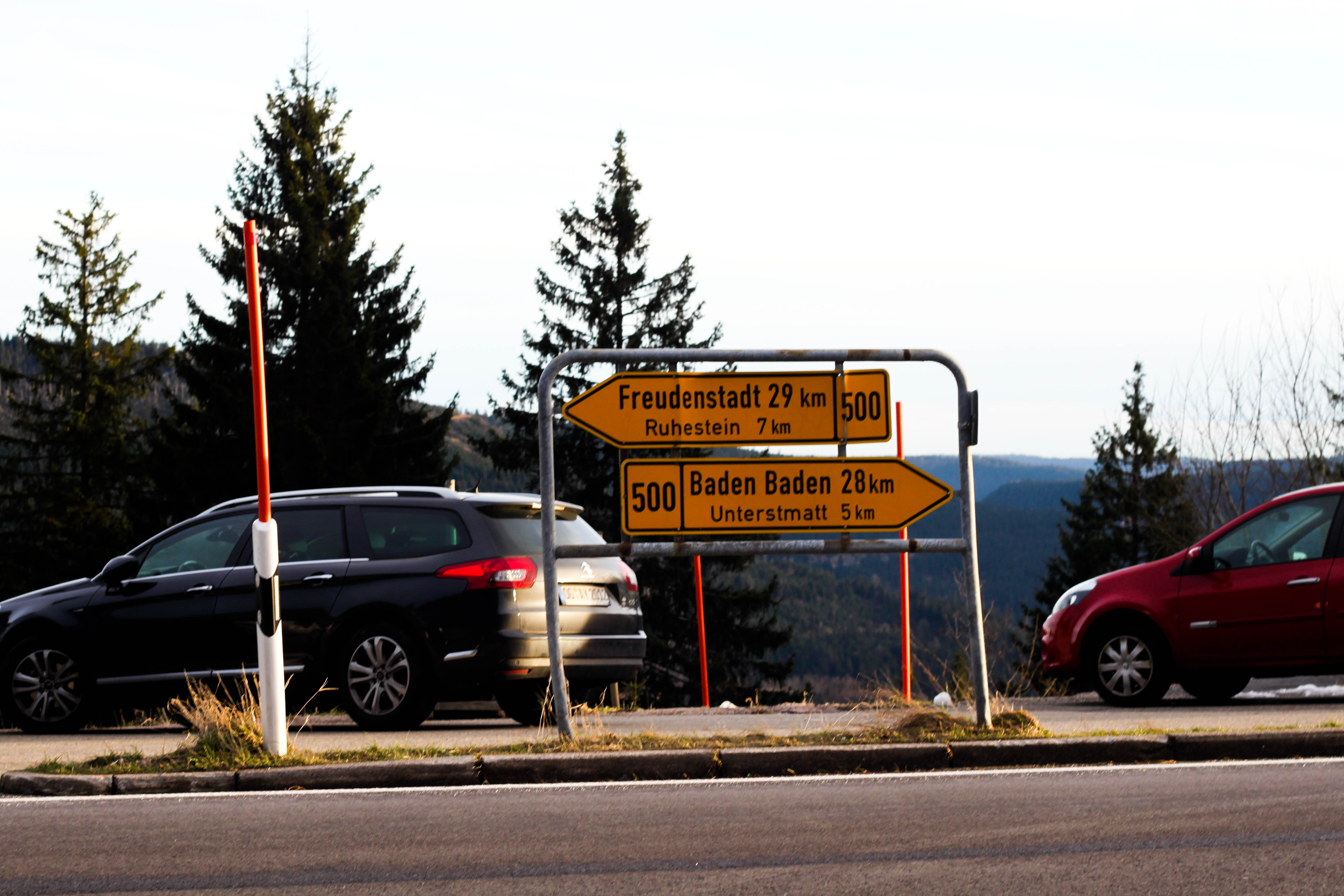 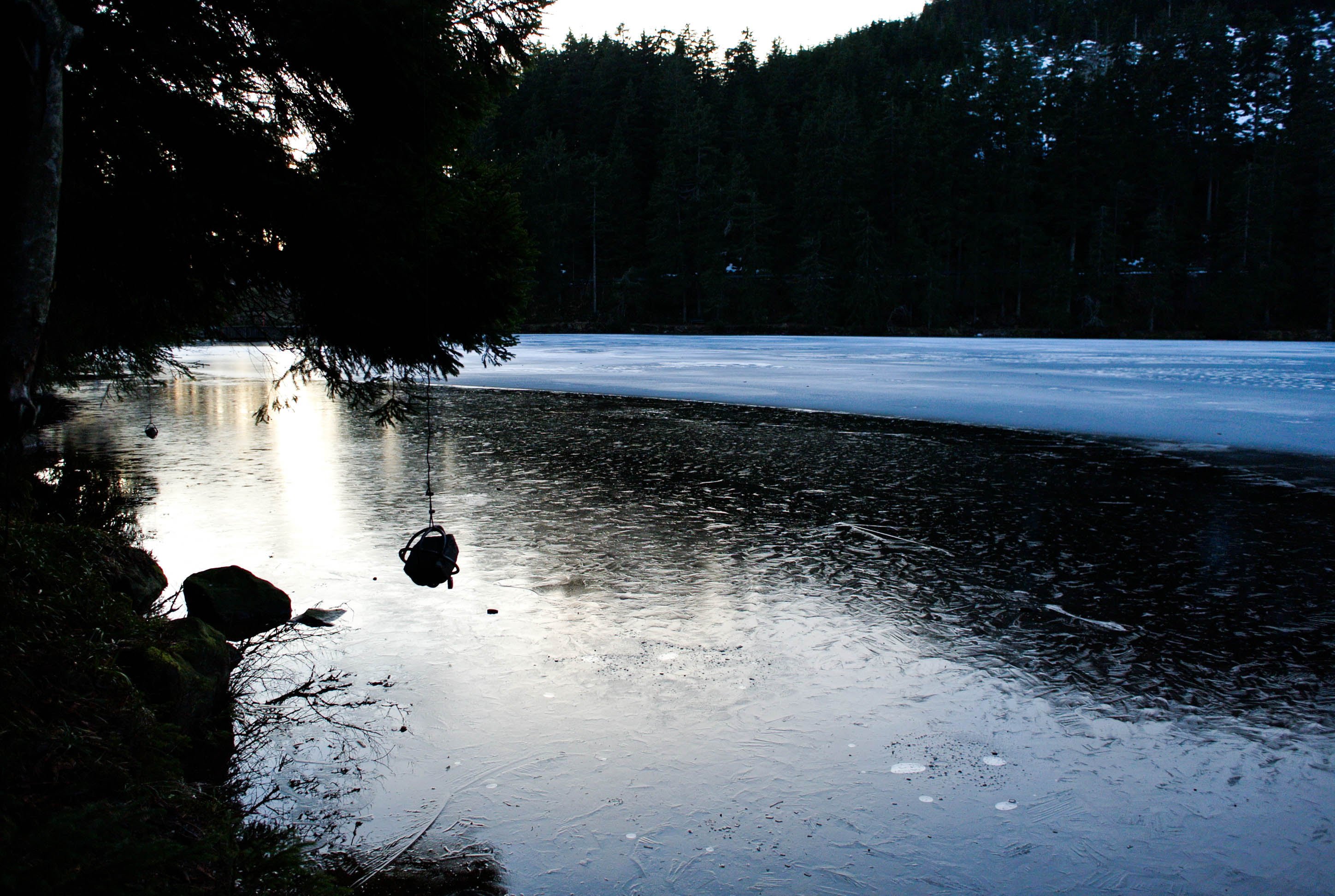 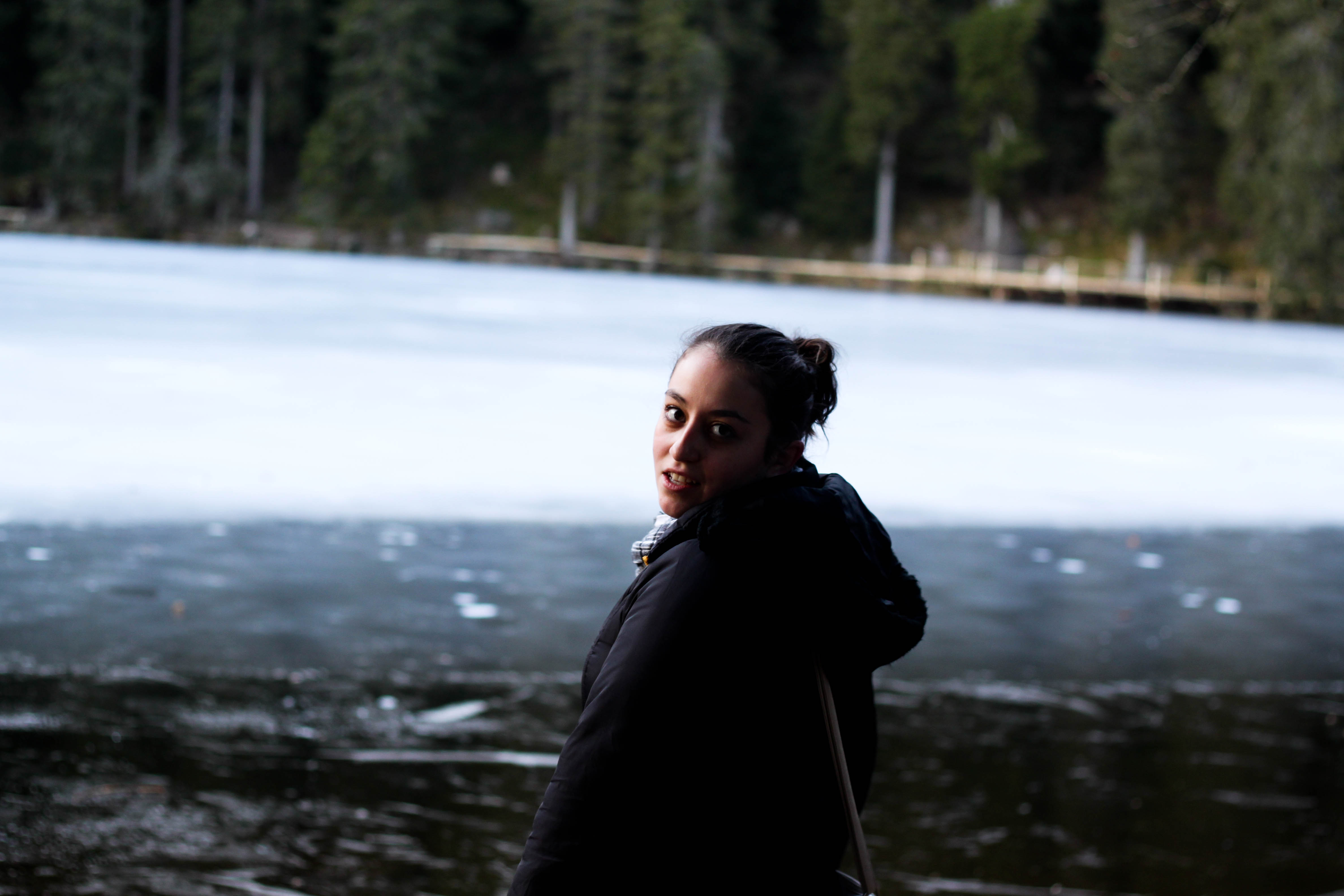 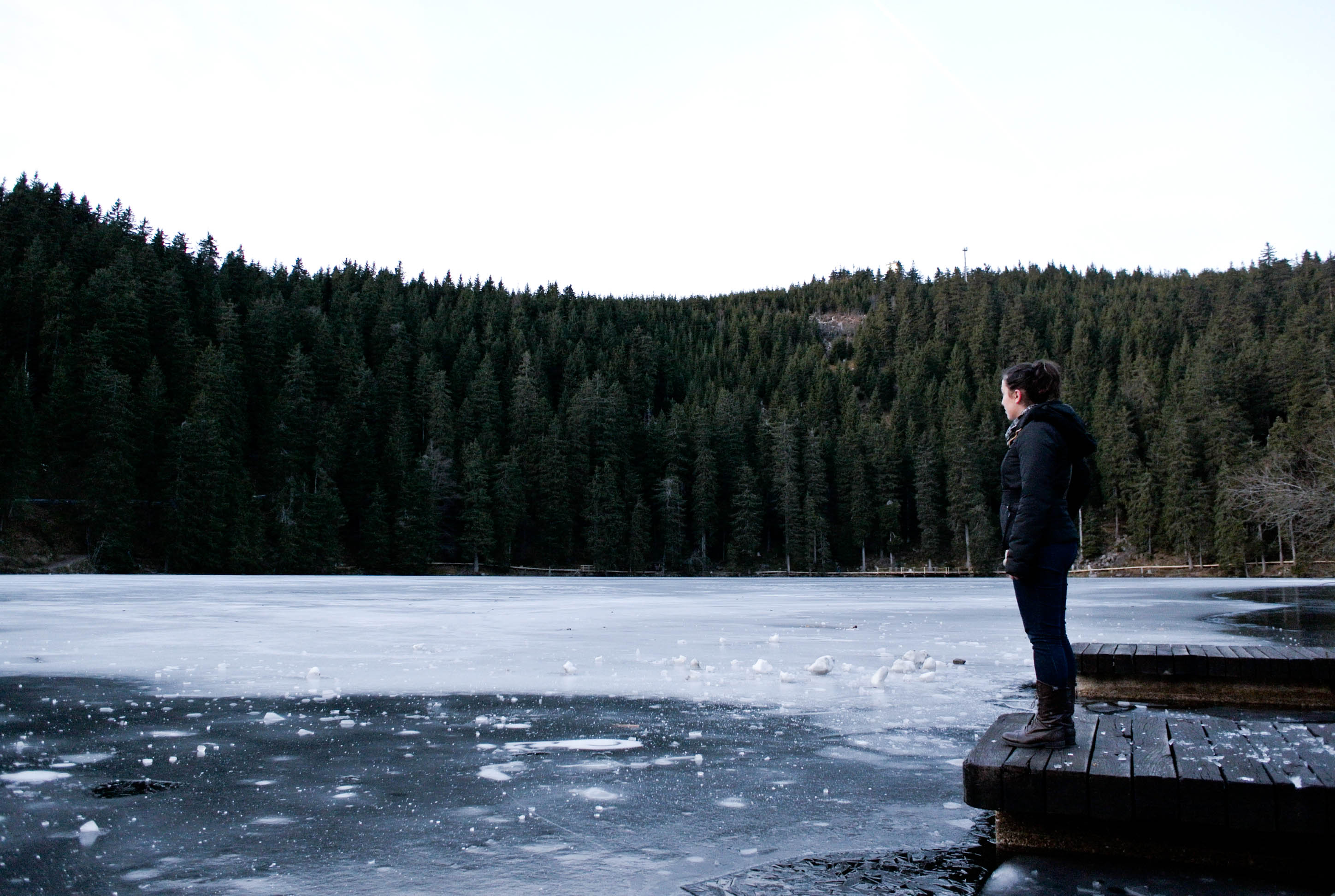 Welcome to the Black Forest, you guys. There is, of course, no visiting Baden Baden without making a trip up to the breathtaking Black Forests of Baden-Württemberg. This is a continuation of the previous post on our weekend trip to the spa town of Baden Baden – of course, i’m not sure if this is actually where Sleeping Beauty was set, but that’s what the Black Forest image conjures anyway, thus: Briar Rose.

It’s said to be even more beautiful when it snows, but hey, this was pretty damn amazing on it’s own. We took a hour long busride up the mountains and nearly froze our asses off in the process. Lake Mummelsee is nearly but not quite frozen – and apparently tens of stupid tourists like ourselves freeze, drown and die while trying to step on the apparently solid lake. It actually radiates cold, so photos had to be very hurriedly snapped before retreating back into the lodge. 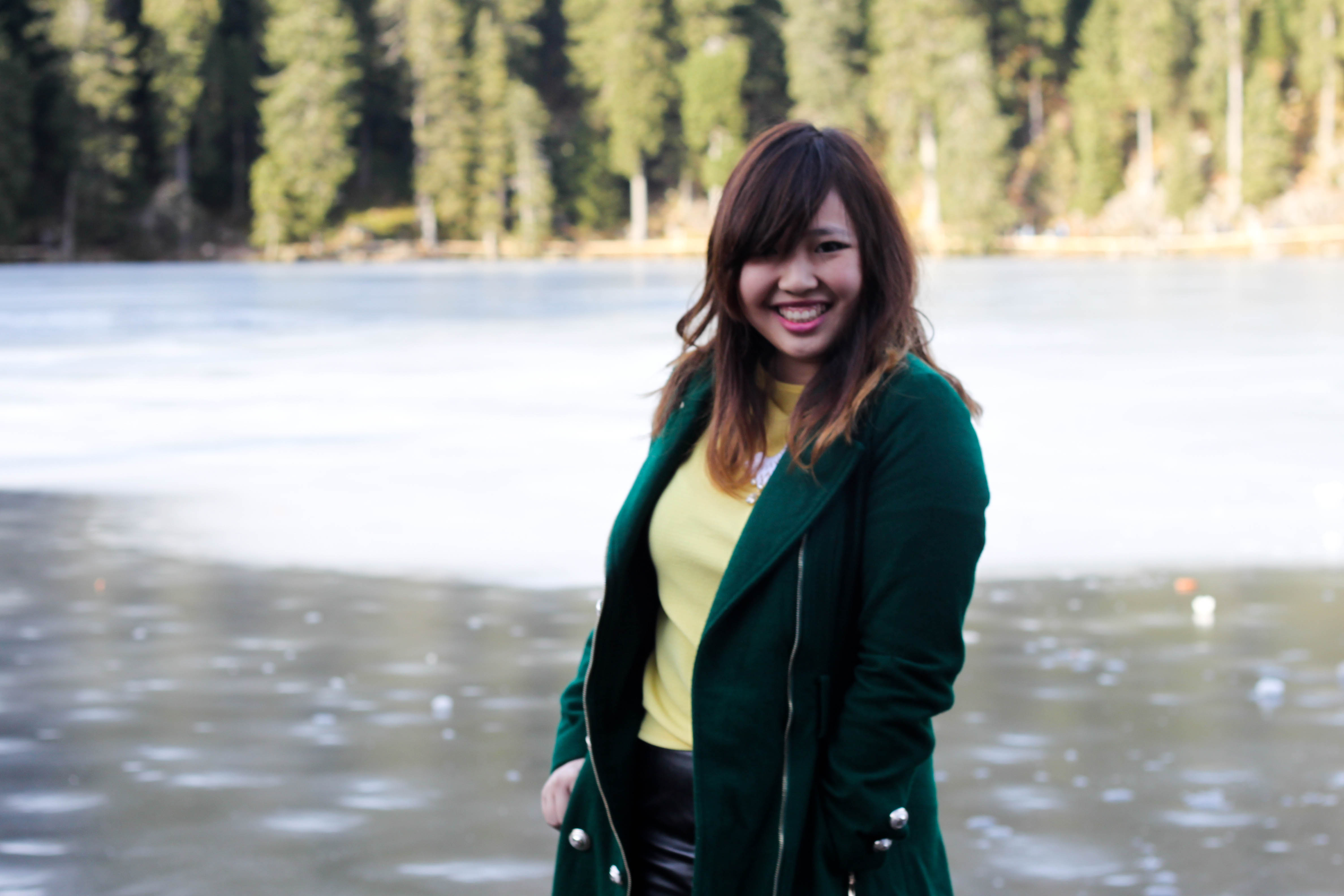 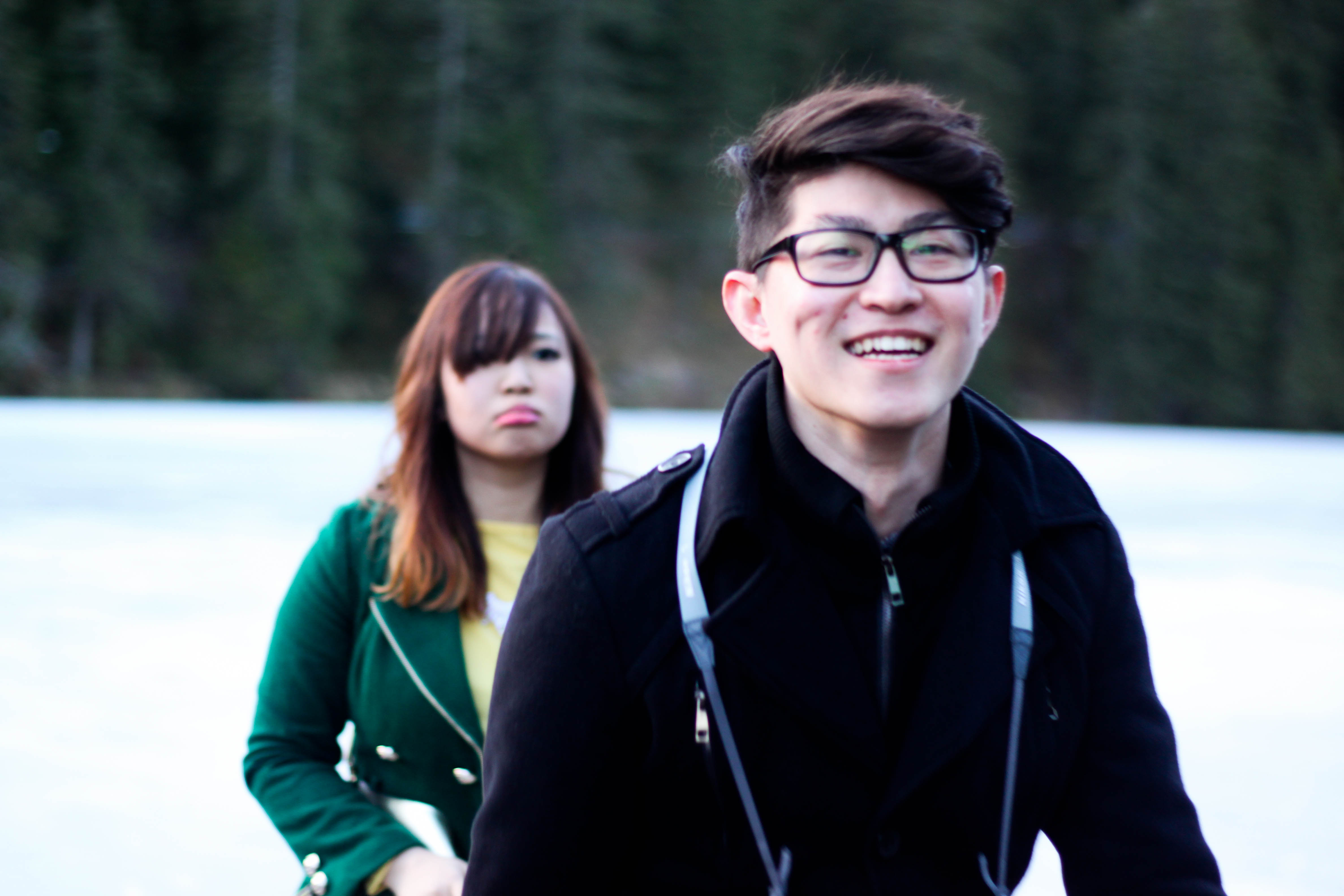 Being abandoned by freezing boyfriend while posing for a photograph

Anyway. If you went on tour bus like we did, you might get a lovely BLACK FOREST CAKE TUTORIAL SESSION. For some reason, it completely didn’t occur to me that the black forest cake might have any connection to the black forest itself whatsoever.. even though on hindsight it’s pretty damn obvious. I usually dont like black forest cake, but this one was amazing. The chef described it as a diet cake – The cake to end all diets. After seeing how much cream and alcohol went into it.. lets just say this was a once in a lifetime thing for me. As in, very good, but never again. 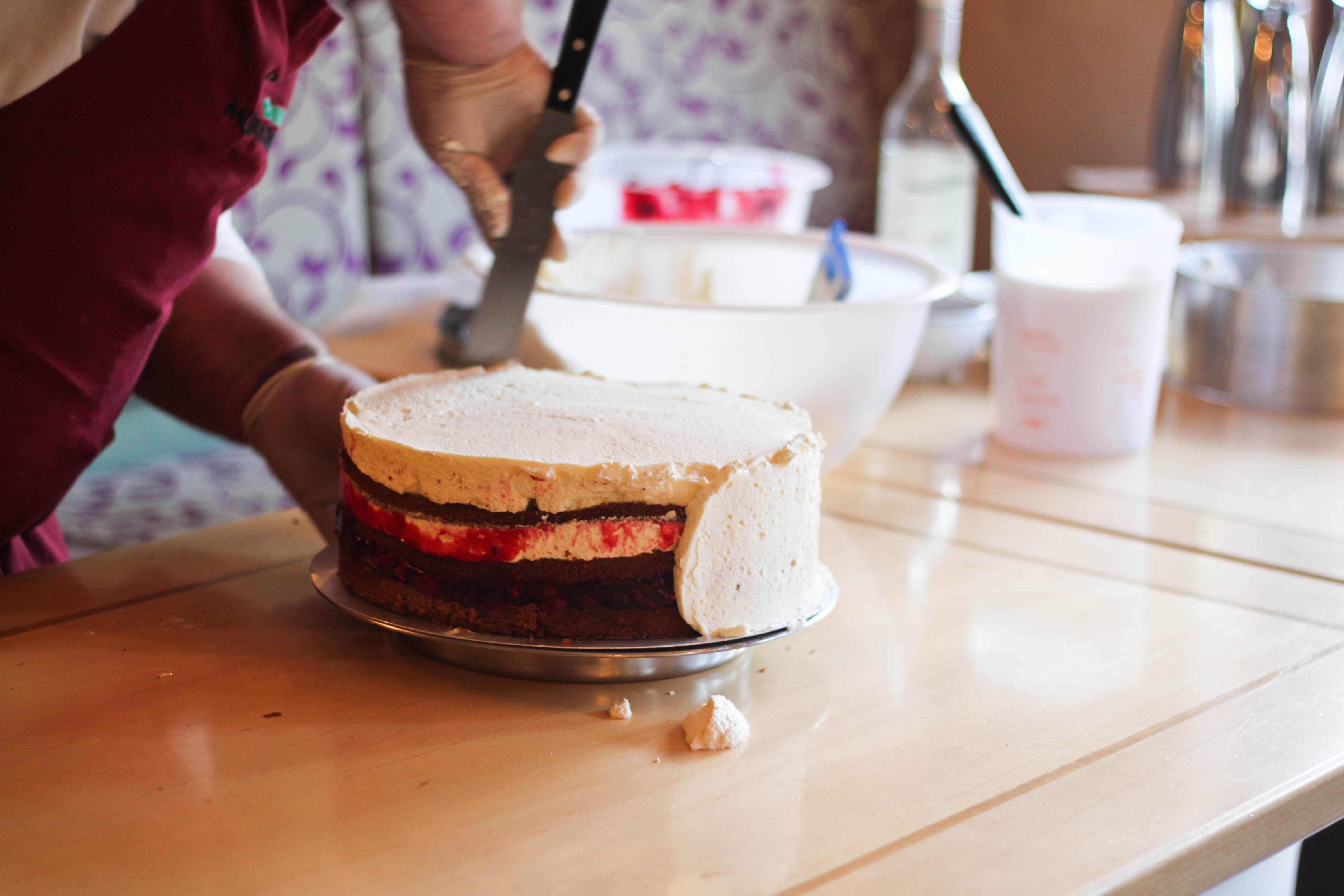 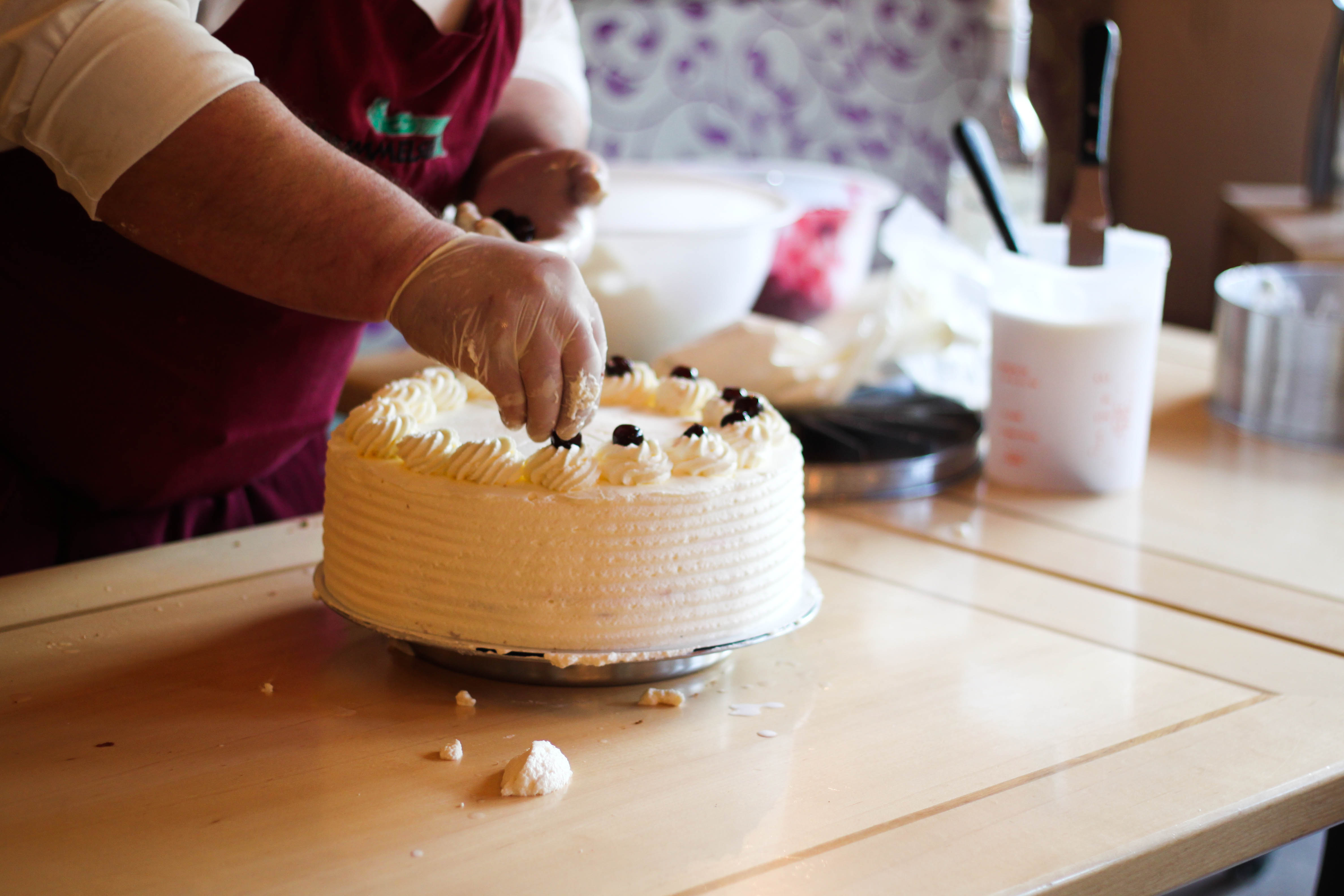 After cake and sufficient coffee to warm ourselves up, we trekked a little further down to the mountain lookout area. The sun sets early here in winter, so this was about 4pm. I don’t know if i’ve ever mentioned this, but I’ve always been a little deathly afraid of heights.. fear, however, that was completely made up for by the view: 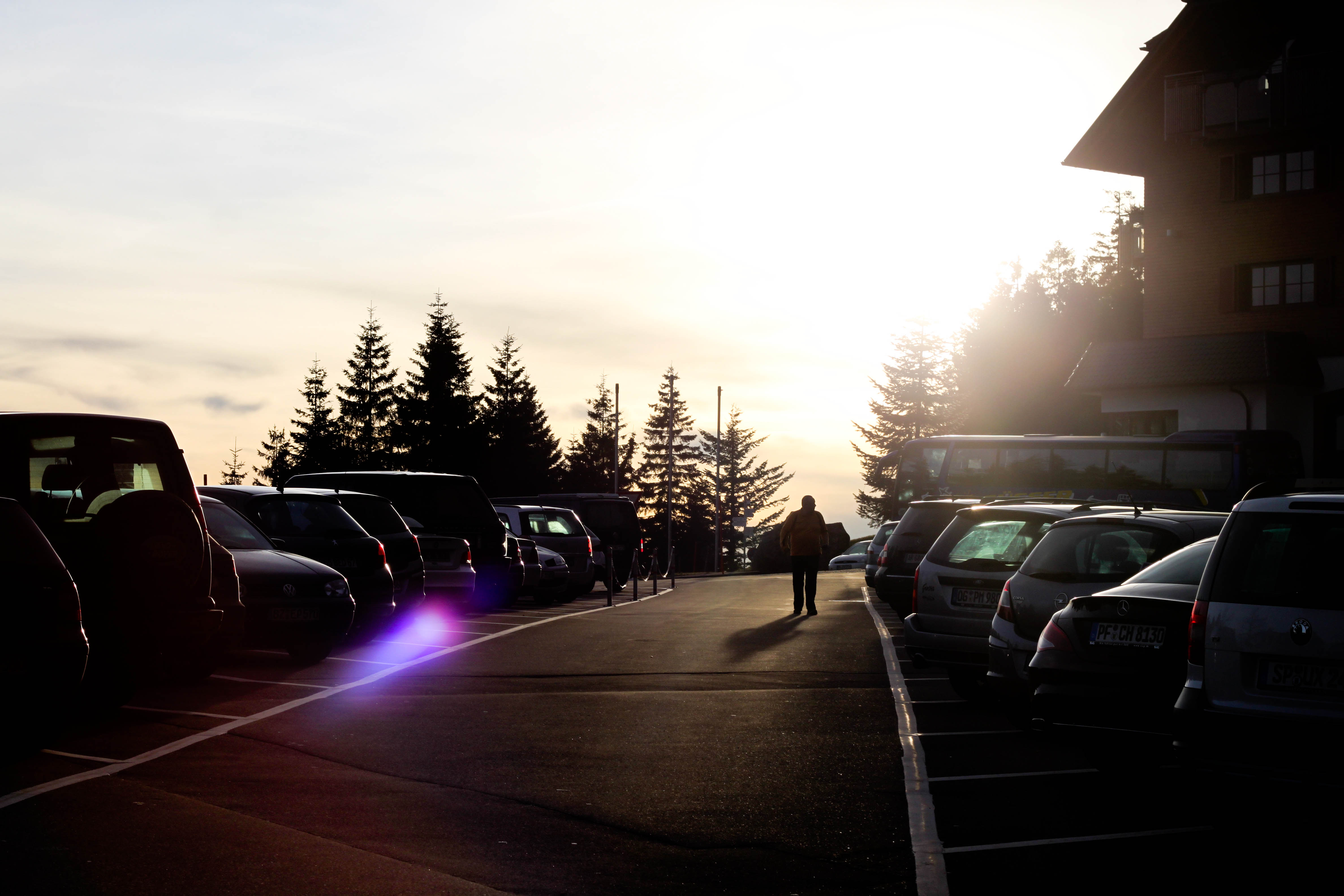 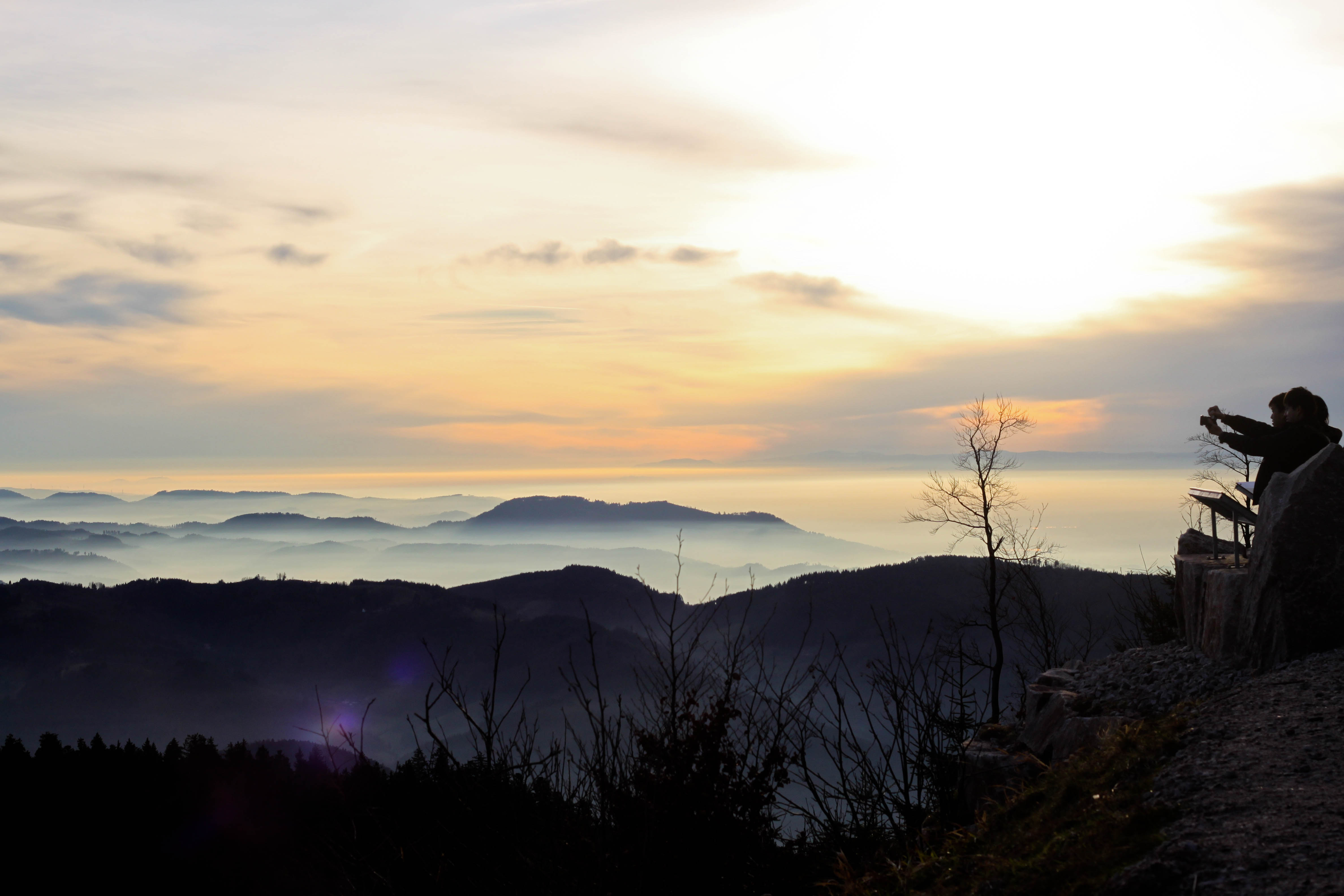 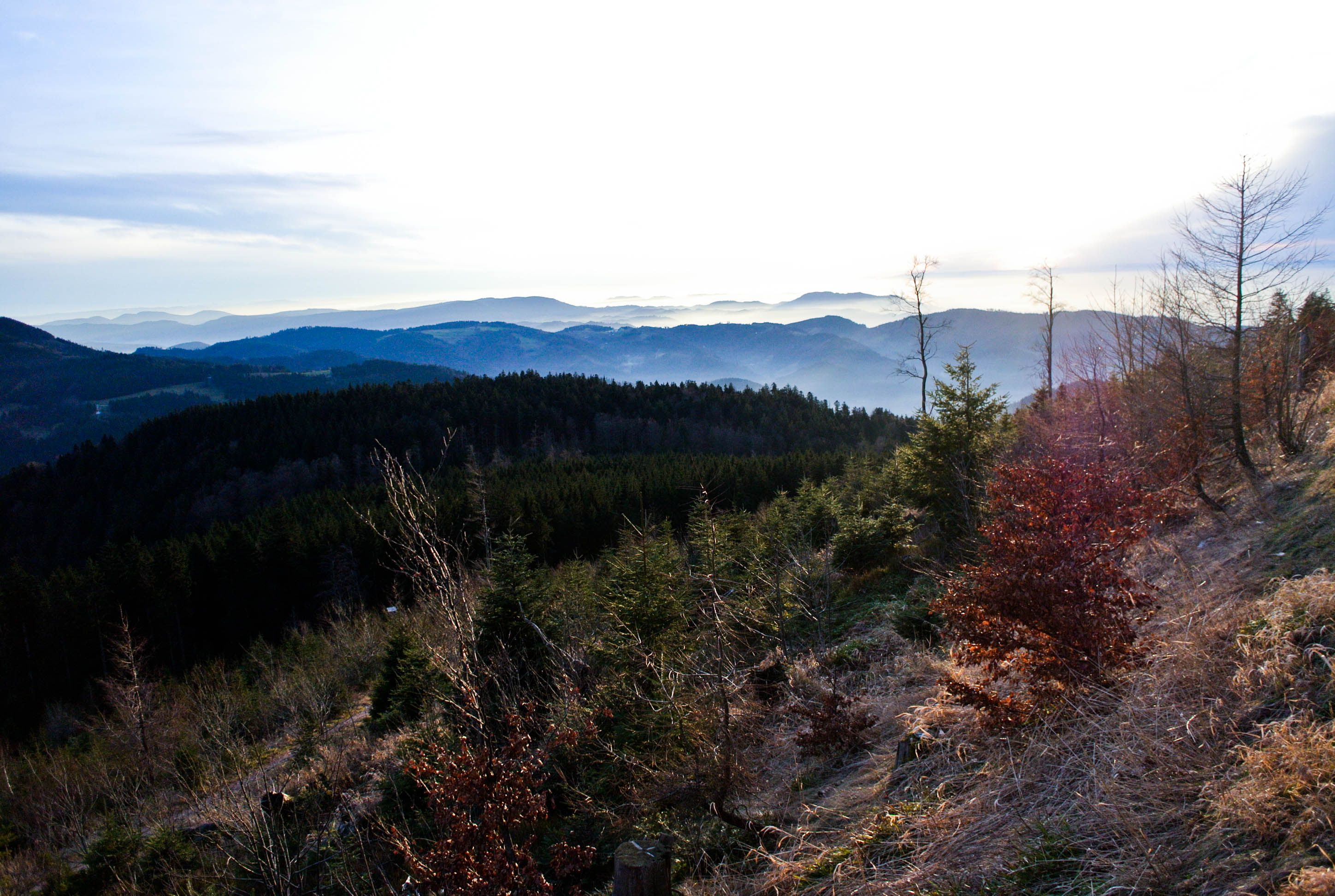 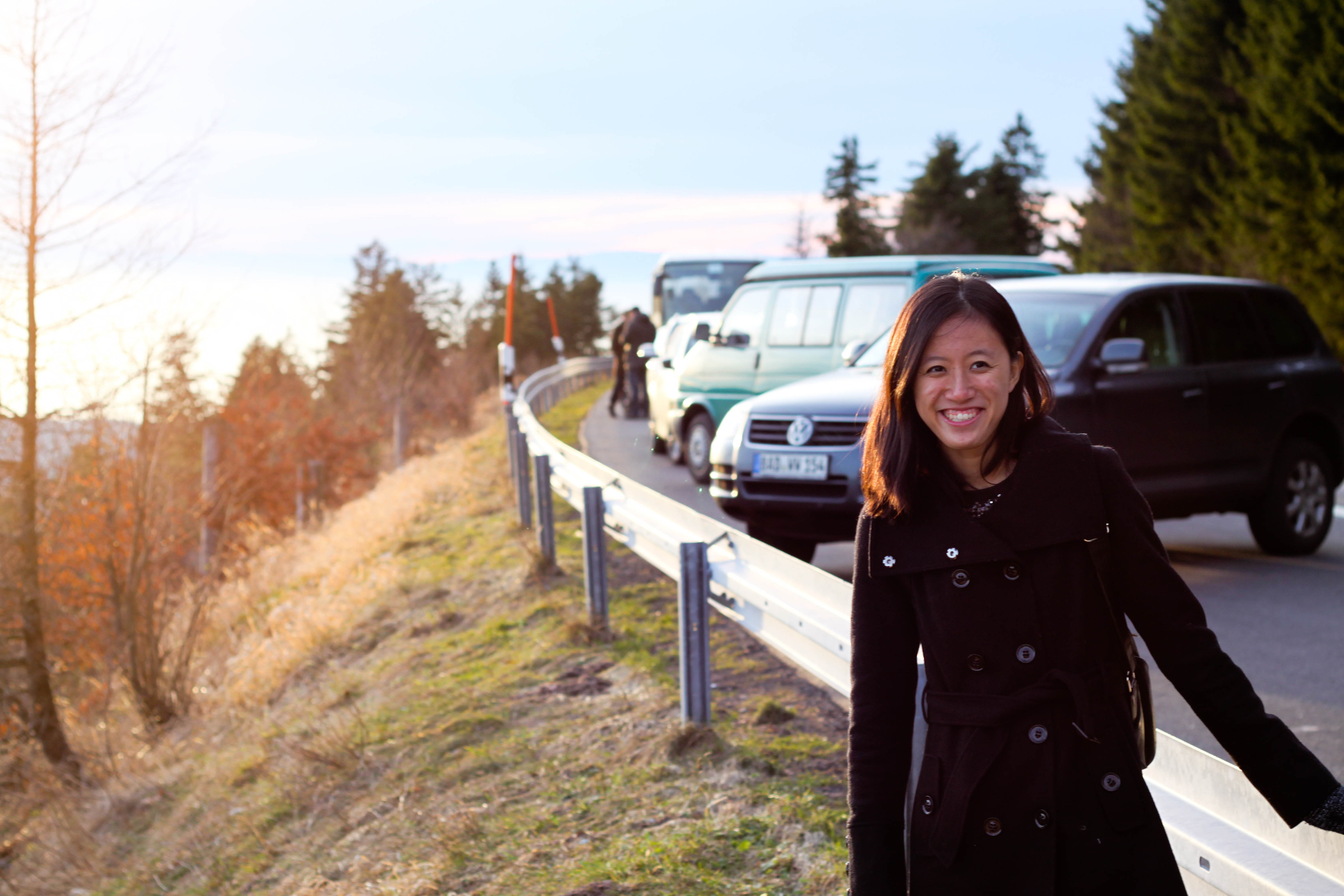 Have you ever seen anything so beautiful.

People always say this but there are only that many ways to phrase it was much better in real life.. Someplace i’d like to return to, if given a chance, but practicality and bank accounts shrug at me so this experience is probably good for single use only. Still, I’d like to think of it as a weekend well spent.