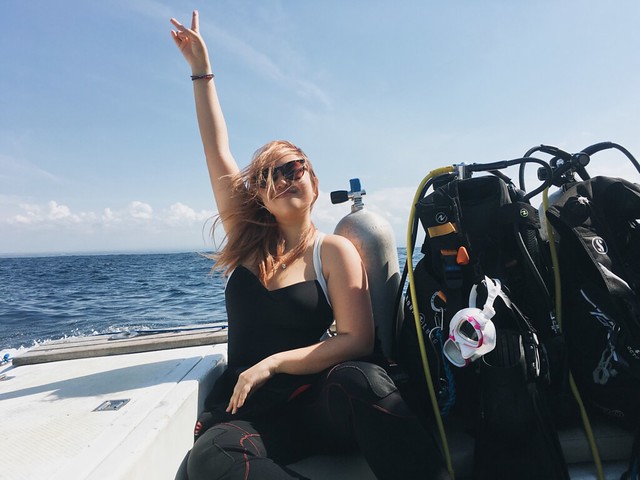 We are so quickly here in September I cannot believe it. It seems only yesterday I claimed to be offended that July flew by so fast. But it did, and so did August, and now here we are.

August in particular was a pretty insane month for me. I did three huge things in August which I will elaborate more on when I have the time/headspace to do so – I 1. submitted by Masters thesis, a monster two years in the making, 2. took my Advanced Open Water diving certification and 3. launched the film + campaign that I conceptualised, wrote, and produced for Laneige Singapore, which you can watch here. That one was a year in the conceptualisation and refinement, which probably would have been shorter if I hadn’t been trying to write my master’s thesis at the same time. And also because of the nature of the project it was very secretive which meant I couldnt talk about it at all, and so whenever I looked like I was about to die of stress people nodded sympathetically and were like, it must be really hard doing your masters. Which i mean, it is, but that’s besides the point.

Anyway, those are all things that I am pretty proud of, so I’ll definitely want to properly document them here when I have the time, if only so I have something to look back on and remember the intensity of emotion and ardour that went into the three separate things. And then also in August, I had a couchsurfer Shane and I crashed with in Salzburg come visit, so we did a really touristy weekend, I emceed Melissa’s wedding lunch and dinner over two days, so I did a weddingy weekend, and then I also fit a 40 hour press trip in there to Taipei and a shoot for the National Heart Foundation and gave a talk to my church’s youth group, so I did a lot of things lah is the point. Actually now looking back I think it was no wonder I spent most of my August in a kind of red alert high panic mode daze, walking around in horror and jumping at every little thing. On hindsight of course I’ll say it was all amazing, and I do think it was. But that’s essentially what August was for me – a solid mix of panic and wonder.

Now that it’s over, and my three biggest projects are more or less wrapped up (still handling PR for the Laneige film but the bulk of that is also done), I feel like it’s time for me to really get back into the grind of life and get my shit together. The last two years of my life have been more or less on standby while I was working on my masters, and now I’m finally able to get back on track with everything else and establish a semblance of routine and so i am EXCITED for that. HURRAY, i say. Time to make some plans.