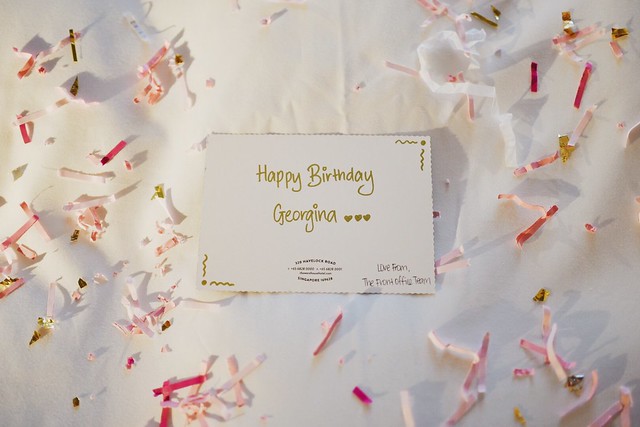 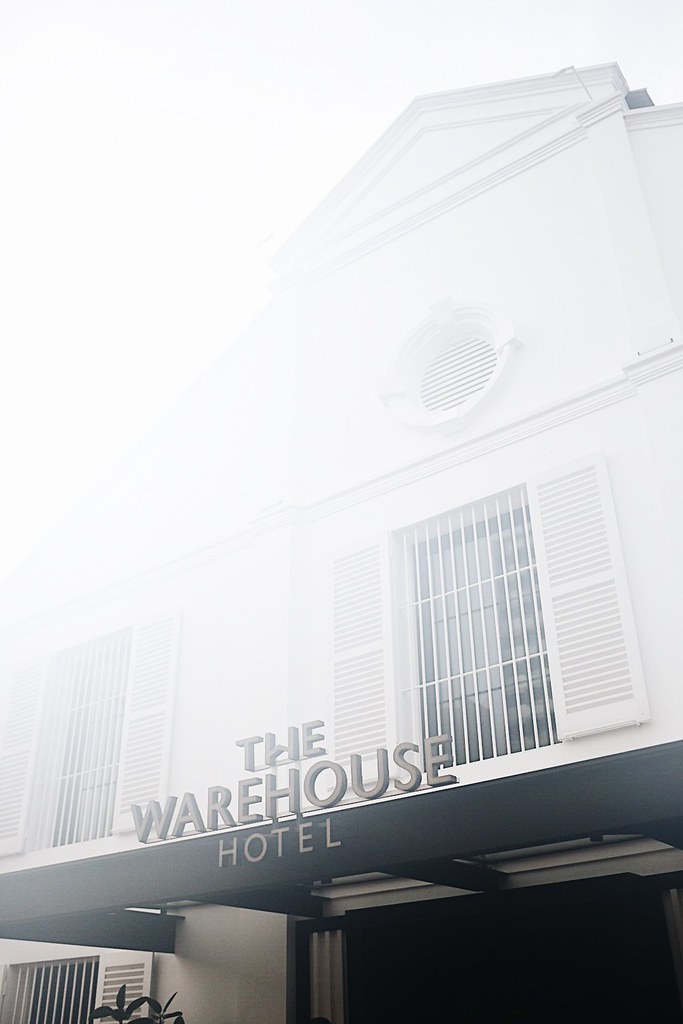 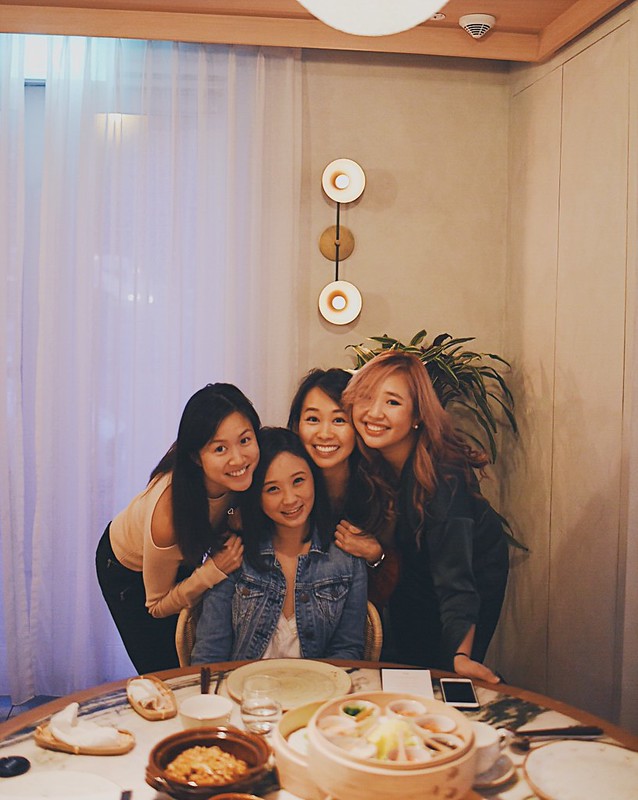 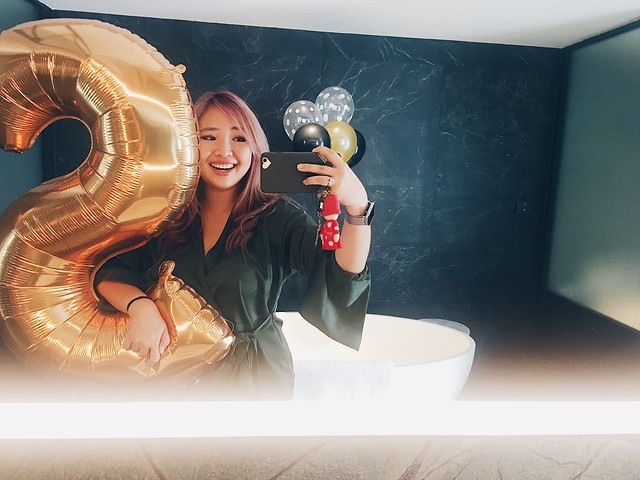 Here begins the slow but sure segue into adulthood: you can say but I’m only eighteen! only twenty one! only.. twenty four? Twenty five seems to be pushing it re: pleading naivety and youth, and who knows it better than us, the generation of ’92 kids?

I met Georgie when we were both sixteen going on seventeen, and within the year she upped and moved to New York, where I’ve visited her thrice. This year marked her first year back – and her first birthday back in Singapore. The idea was to give her the basic 21st birthday experience many Singaporean girls had (given as she spent her 21st out of the country) – you know, the whole staycation, cake, golden foil balloons, SURPRISE! shebang. The key word: Surprise. We concocted a super elaborate plan + many excuses and backstories on why and where we were meeting.. which were never used, so yes, I think we went overboard. But half the excitement is in the planning, so yay! Here’s the lowdown on what went down that day. Kindly read the point form bits while playing the theme music from MISSION IMPOSSIBLE in your head.

STEP ONE: We got a room at The Warehouse Hotel and booked dinner at Po, the restaurant linked to the hotel.
– When she asked why Po, the explanation was because ITS YOUR FIRST BIRTHDAY BACK IN SG WE THOUGHT YOU SHOULD HAVE SOME SINGAPOREAN FOOD PLUS YOURE SO CHI CHI YOU WOULDNT WANNA GO TO A HAWKER CENTER FOR YOUR BIRTHDAY.
– To which she said, huffily: “I’m not chi chi”
– And thus she was successfully distracted and we went to Po is the point. 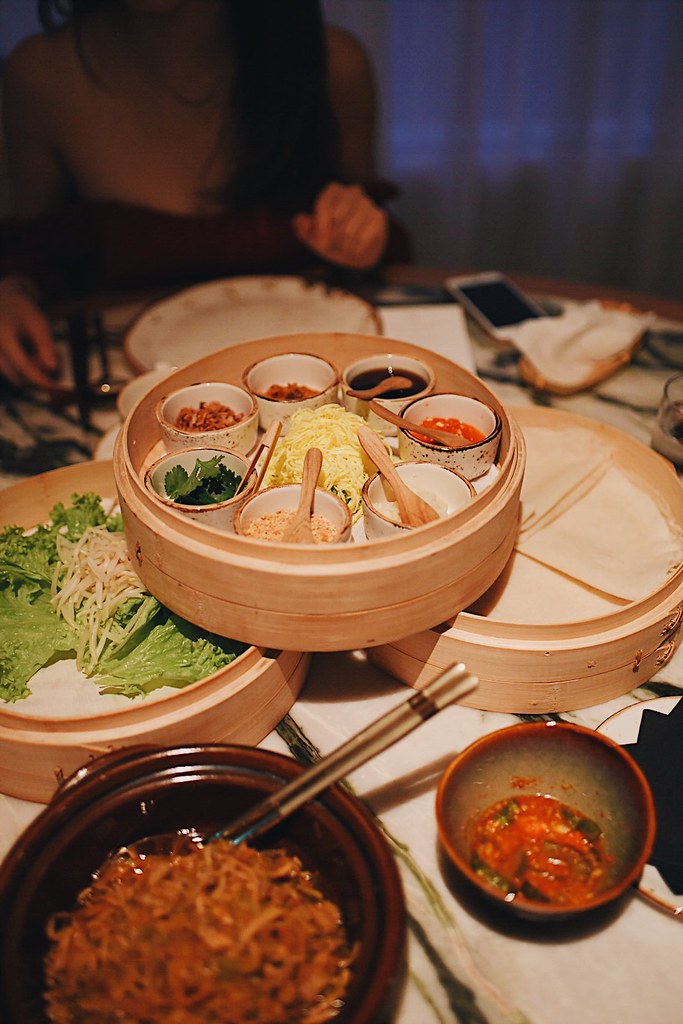 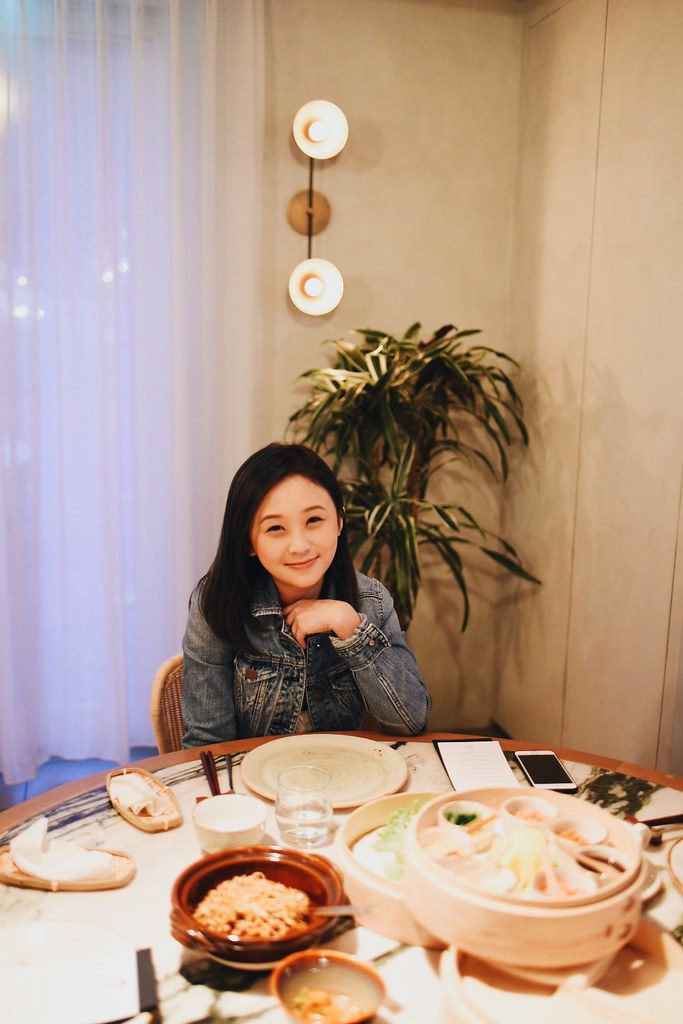 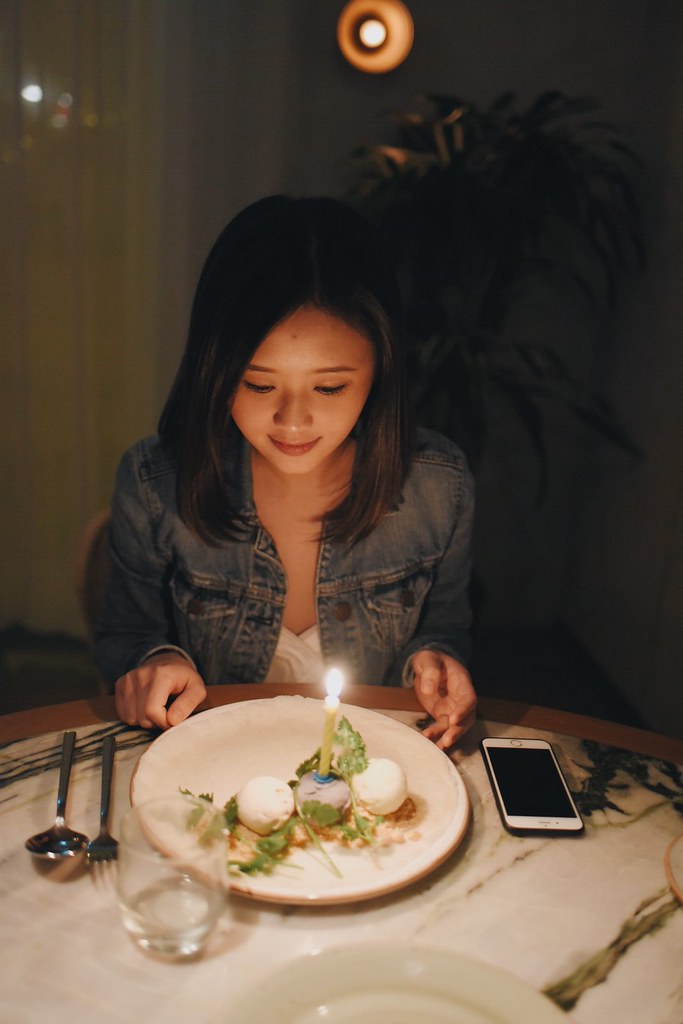 Po is a mod-sin restaurant and does pretty sick dishes, the most famous of which is the popiah. It was SUPER yum. It also comes in dessert form – a peanut ice cream popiah which tastes just like peanut butter. YUMZ.

I just gotta say that we were all mega impressed by the service at Po. We mentioned that it was a birthday celebration when making the reservation, and they came in the middle of dinner with a leather-bound notebook and card from the restaurant for Georgie wishing her happy birthday!!!! I mean, what even. Plus over the entire dinner, they refilled our water the minute we ran out without ever hovering around our table, which really feels like they pay a lot of attention to each table, yknw???

Anyway, after dinner, we adjourned to the lobby bar for drinks.

– When Georgie first came back to Singapore last year, she came to The Warehouse Hotel lobby bar for drinks before the hotel officially opened, and because the hotel was so new, the manager on duty gave her a tour of the hotel – rooms, pool, etcetera – and left a super good impression on her.
– Since then she has been regularly suggesting the warehouse hotel for drinks to our group of friends, which none of us have a problem with anyway cos the place is gorgeous and the drinks are good, yknw? 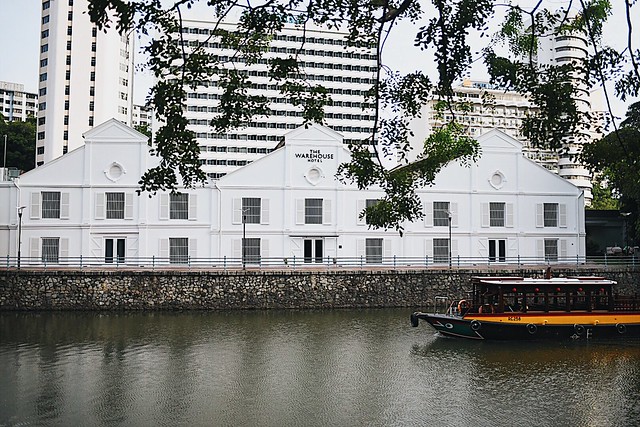 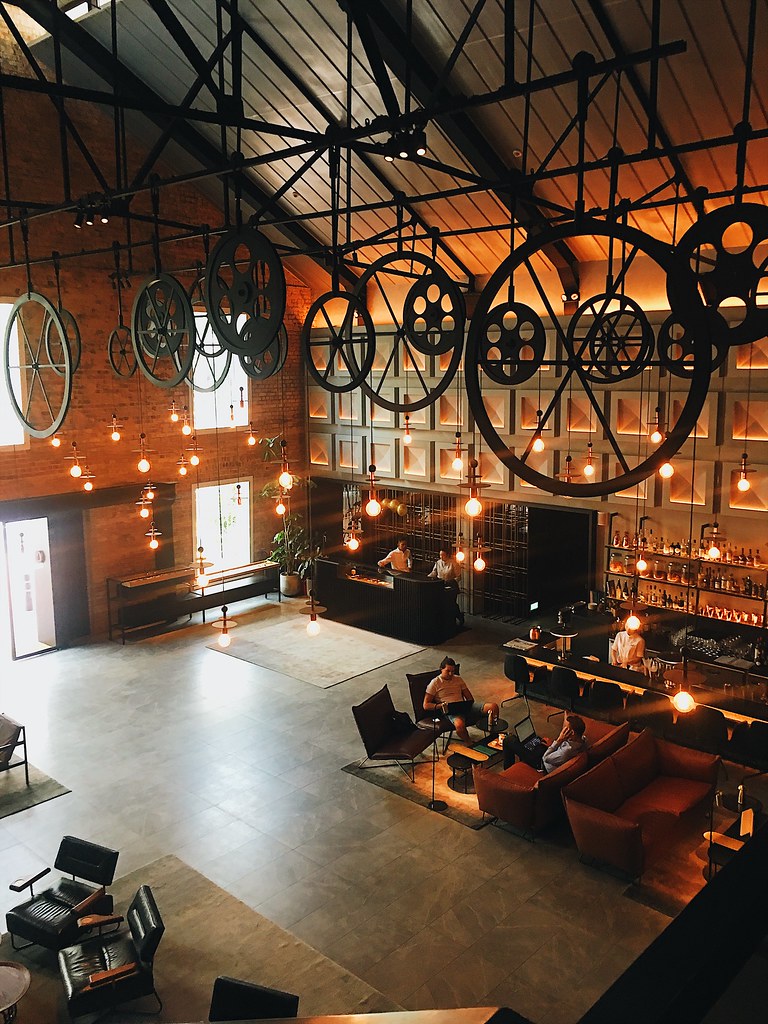 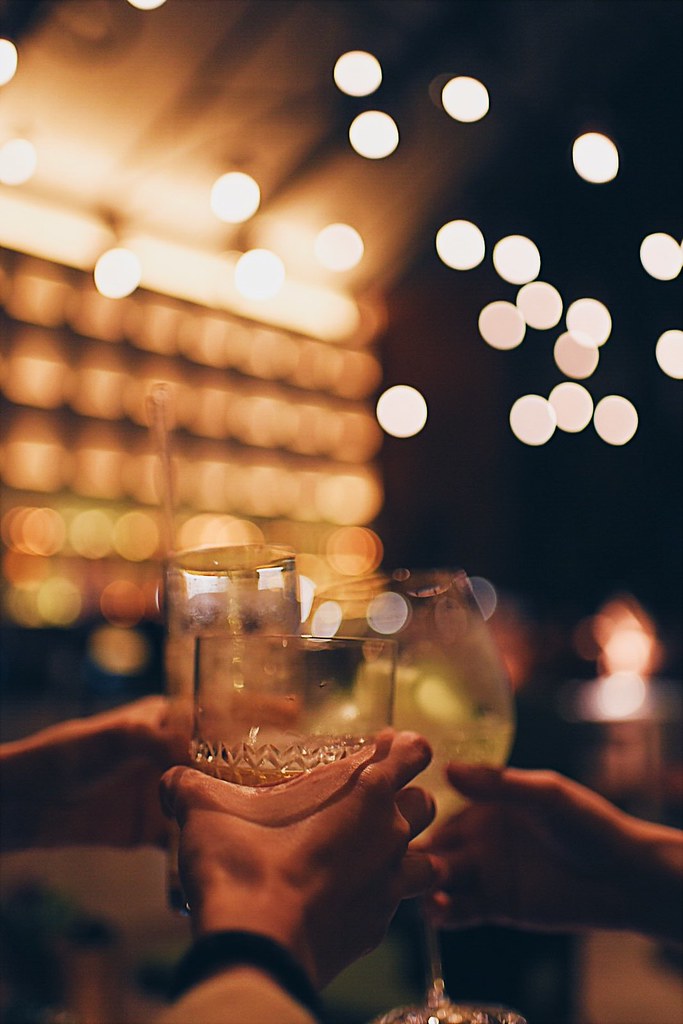 – After about an hour of talking by the bar, Georgie started to get sleepy and I took the chance to explain to the other two girls how almost a year ago she got a hotel tour (they already knew this) and I was like, omg, we should try to get them to give us one too!
– Girls agreed enthusiastically except Georgie who pointed out that that was before the hotel officially opened so maybe she got lucky then. And then we told her not to be a hater.
– I went to the counter and asked nicely if they could give us a room tour cos it was my friend’s birthday to which they enthusiastically replied, SURE!

SEGUE: They knew about this already because it was ~all arranged beforehand~, so the girl at the counter looked super excited when i was walking up to her and there was this air of us all being actors in a drama and i was trying SO HARD NOT TO GIGGLE. IT WAS GREAT AND DRAMATIC AF.

STEP THREE: GET THE HOTEL STAFF TO BRING YOU ON A “HOTEL TOUR”

We went up the stairs to level two of the hotel, following the front counter girl who was really milking the performance. She was all like: Here is level two.. here are the stairs.. the room i am about to show you is extremely exclusive and we are super proud of its heritage… etcetera. THAT GIRL WAS KILLING IT! And the whole time Georgie was whispering to us like “She’s really nice, she seems to really like her job, wow maybe I should poach her..”

And then with a flourish, she opened the door of the room we had spent all afternoon setting up, evidently pumped about the grand reveal…

And Georgie walked in..

And she turned around and went, oh shit, we accidentally walked into someone else’s room.

And ten seconds later, the girl from the hotel started singing: Happy birthday to you.. 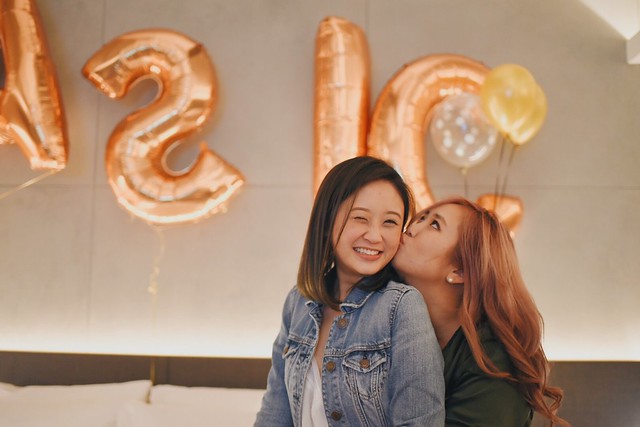 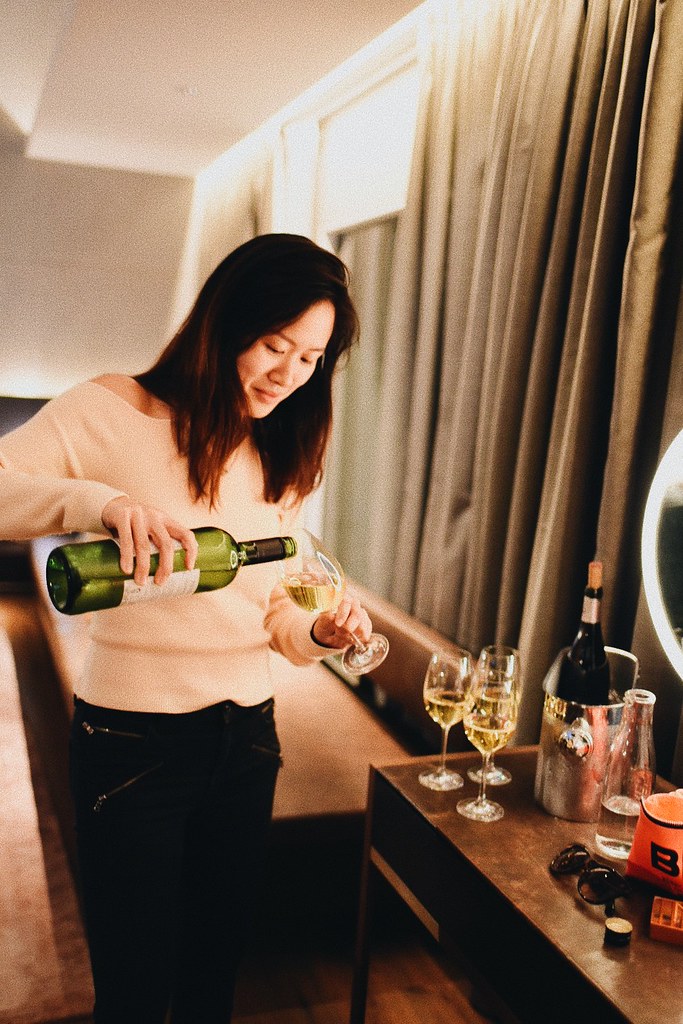 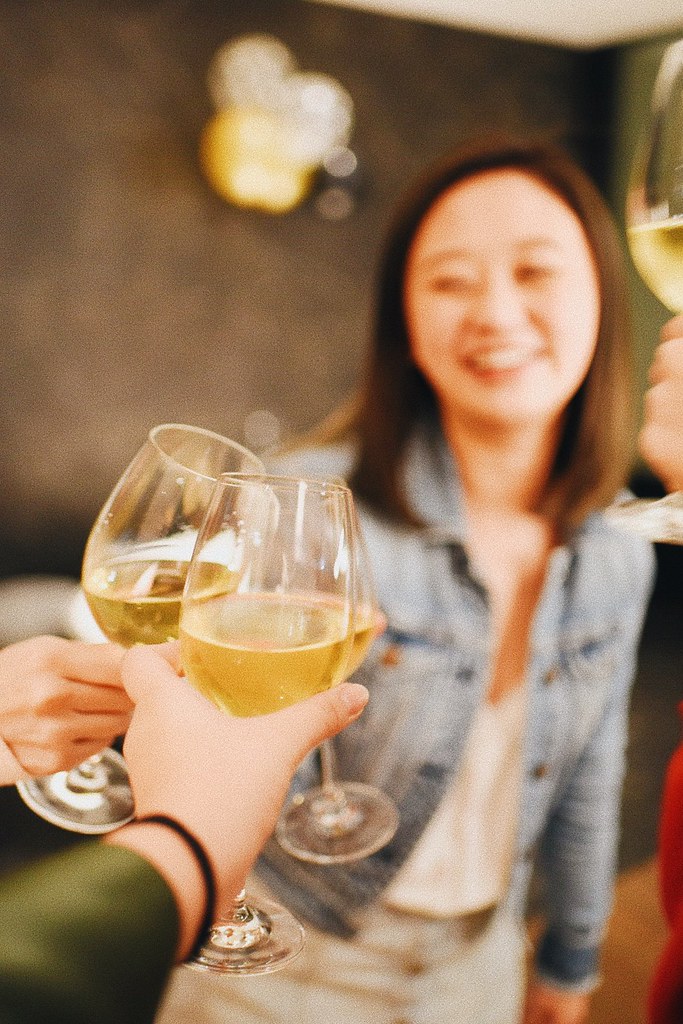 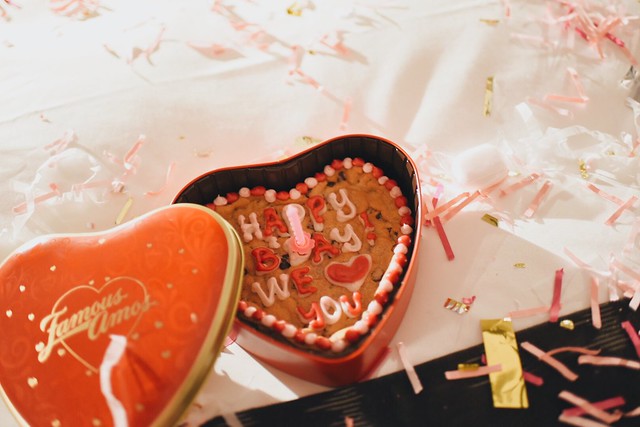 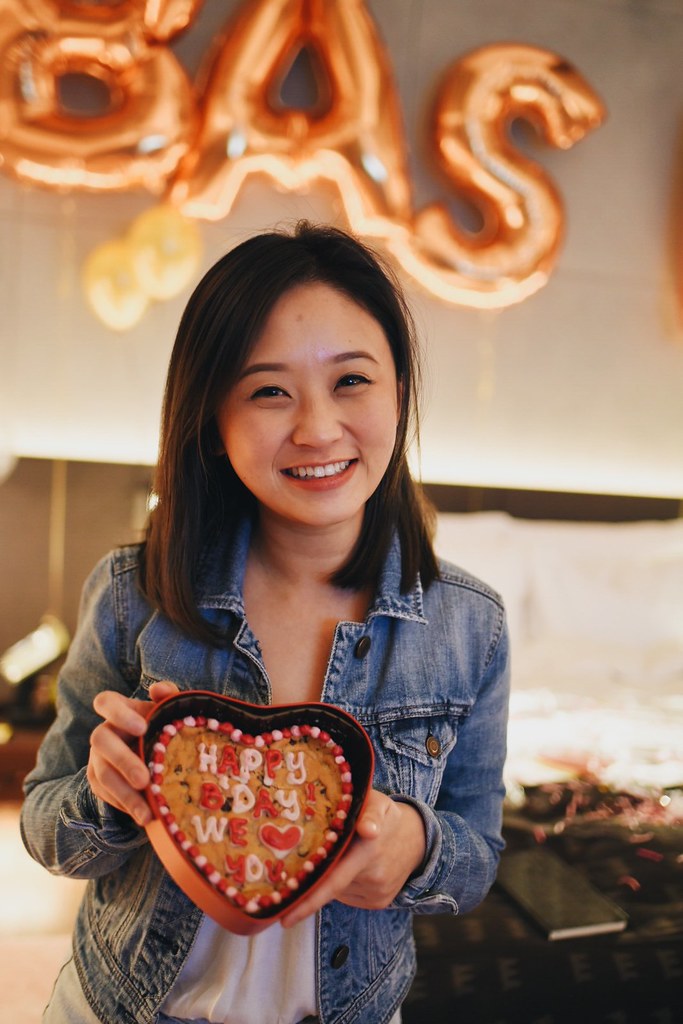 IT WAS GREAT. Thus began a night of partying hard, you know, which when you’re twenty five basically means sitting around with wine and chilling and talking and laughing at the next person’s work related anecdotes.

And in case you were wondering what our balloons said.. 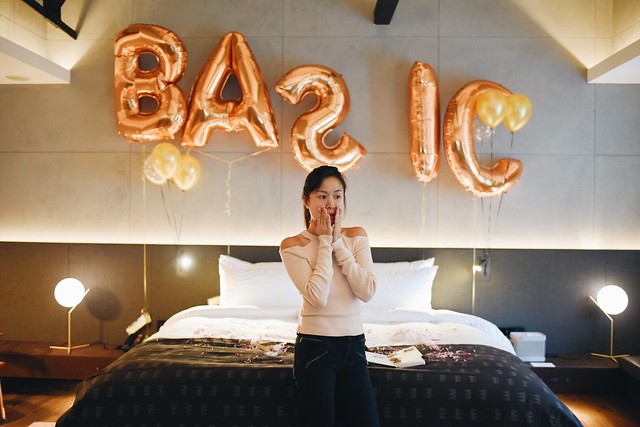 It was such a great night. As we get older each moment we can afford to carve out as purely for quality friendship time becomes rarer and more precious, and this was one of those times. And so quickly here we are – twenty five.

Never change, G. We love you. 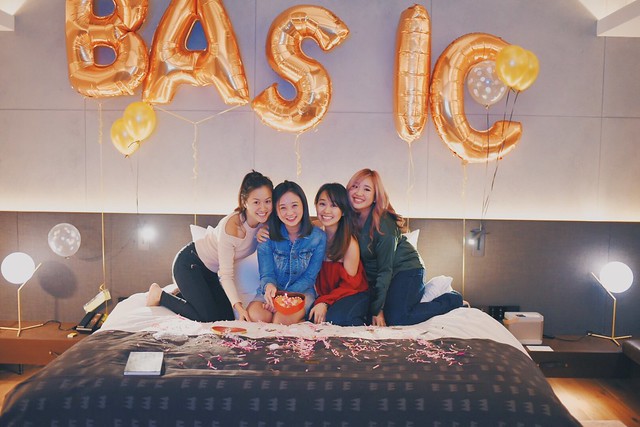