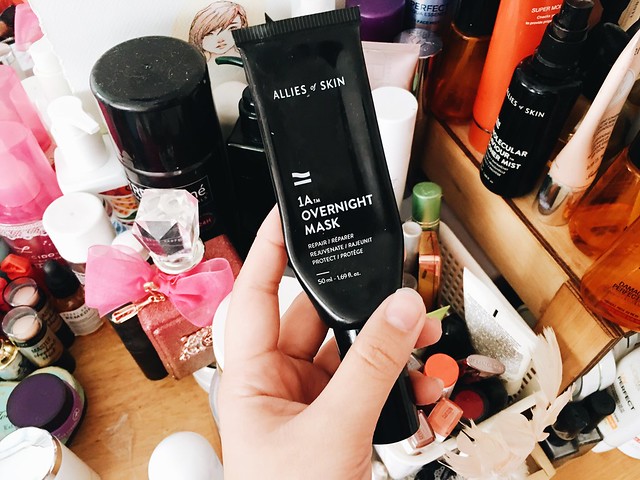 My verrrrryyyy squeezed out bottle of AOS moisturizer..

I am by no measure a beauty blogger but I do love my skincare. Two years ago I had a series called Mocha Mondays because due to the freelance life slash gig economy I was perpetually working out of cafes, but then last year I got my own office space and so I rarely got the chance to go cafe hopping again. And to be honest, the cafe life was stressing me out because I’m not the hugest fan of running around looking for a place with wifi and power sockets and paying for brunch because I cannot stop thinking: WOW IF I MADE THIS AT HOME HOW MUCH WOULD IT COST and YES I understand that you’re paying for ambience but is ambience really like, worth twenty seven dollars per egg white spinach omelette? Hmmmmmm.

Anyway. I digress. I cannot deny my love for starbucks and so I always ended up working out of a starbucks anyway, reliable as they are, and now with my own office here I am not Mocha Mondaying as often as the term ‘series’ demands. Something else, then, and I cast around for something else I enjoyed both doing and talking about. Which is, you know, SKINCARE.

It’s funny because this year has seen a total surge in my frenzy re: skincare. Because I took up diving late last year, I have been slowly oxidising in the sun, and so I get tanner and tanner, and while that’s not necessarily a bad thing, it’s seriously messing up my makeup. None of my makeup shades match anymore, and its annoying the hell out of me! And of course the other lifestyle factors like staying in and air conditioned office and also travelling and also, aging, I guess, and the wearing down of the invincibility of youth. All of which contribute to a growing interest in my skincare which I already have been nutszo about previously, so.

Here we are. Skincare Sundays.

Today I thought I’d kick it off with the Hangover. Not that I’m perpetually having hangovers (I’m not, I’d like to think I’m quite the responsible drinker), but it was catchy as a title haha. The thing is, I love my wine, and I love hanging out with friends after work and catching up over a drink or two. As we all get older, this vague ‘after work’ period gets later and later because #life, so often these sessions get pushed back even later and ends up stretching late into the night.

And although I’ve been a happy follower of the 10 step korean skincare routine, aint nobody got time for ten steps when you get home at three in the morning bleary eyed and tired out and ready to crash.

So for nights that I just want one really intense end-all moisturiser, I’ve been using the Allies of Skin 1A Overnight Mask. Because it’s so potent, it’s essentially like slapping on an intense multivitamin on your face before collapsing on your bed and going to sleep. You don’t have to use it with anything else – serum, eye cream, etcetera – because it’s meant to be all that in one bottle. And I can legit feel my face drinking it up – which is especially important after a night of drinks because as you should know – alcohol is very dehydrating. I would never go to bed without putting on my nightly skincare, especially not after having a few drinks that night – which is precisely when most people would forget about doing it.

I have been using this for over a year now and this stuff is legit. You can see a marked difference after using the product, but the main reason why I don’t use it every single day is because this stuff is expensive. A bottle goes at $139 for 50ml, and while that technically makes up the cost if you buy the products separately (eye cream, serums, moisturisers), it’s still a big upfront sum, especially if you’re only just getting into skincare. Allies of Skin is for sure a luxe skincare brand – and it’s one that’s worth its salt. Many of my friends who work as make up artists swear by it, and I trust them because skin is what they work with, day in and day out. But it’s still a luxe product, and so I rationalise it by rationing out to target the days when I’d specifically need something so intensely hydrating. You can kinda tell by how squeezed out the bottle is as pictured above! And the strategy has worked for me thus far.

One more tip: Always drink a glass of water when you get home before bed and first thing when you wake up – your skin will thank you!