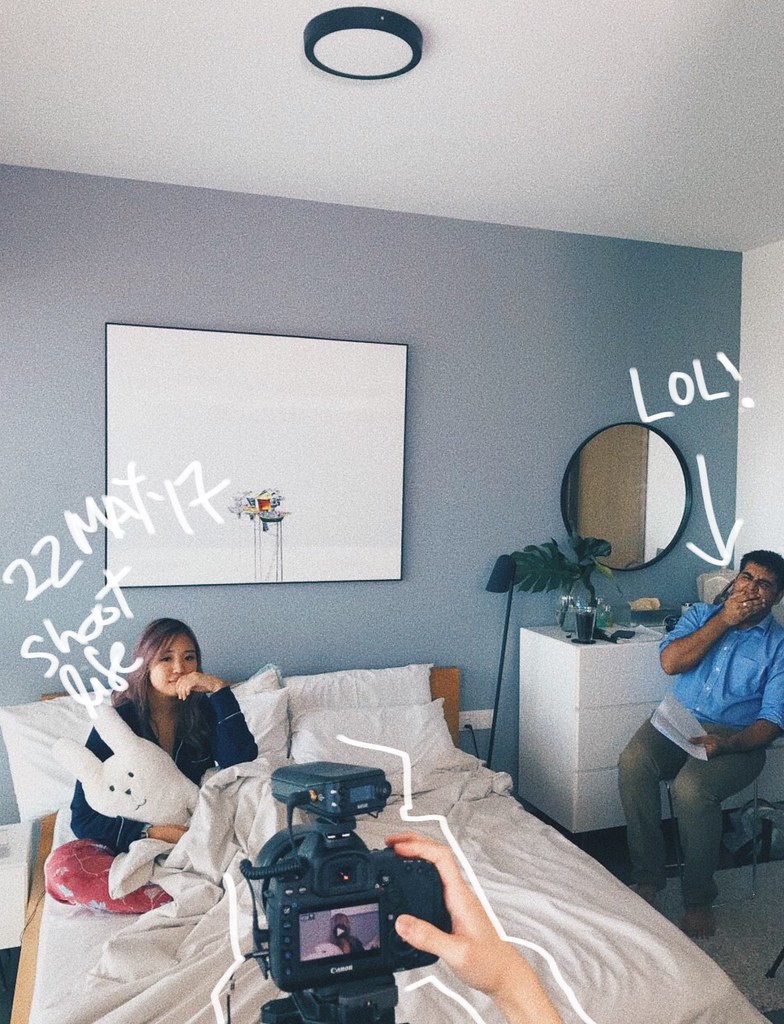 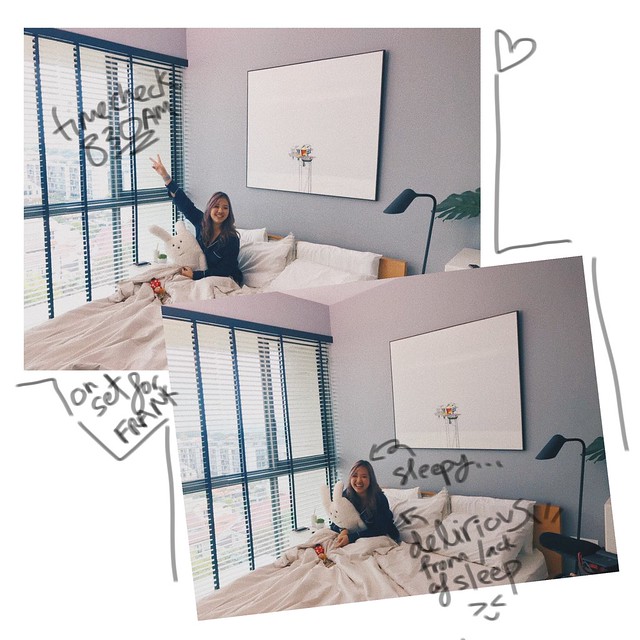 On set earlier this week for FRANK by OCBC, my favourite bank and the one I’ve had since i was old enough to have an atm card (which was quite late for most teens, thanks to my conservative parents). Pretty proud to say that I was actually one of the first people in singapore to get on FRANK because I literally applied for it the minute it launched – very old blog readers might remember this. Anyway. This post isnt really about that, it was just more a bemused rambling: the previous week had been exhausting, I think I teetered on the brink of falling sick without actually going there. So my body obviously took a toll trying to nudge itself back to the safe side of health. In any case it was a nonstop week because I was trying to catch up with friends and reestablish my social life now that my thesis is more on track to being submittable, and also because travelling had refreshed me, kinda, so I felt pretty enthusiastic about resuming my academic research and did so with great gusto. And then monday rolled around and my call time was like, 8am, and i was really freakin sleepy..

I am super not a morning person. Did I mention that ever? I must have, only like seven gazillion times.

Anyway so the bemused rambling that I mentioned earlier – I’m getting to the point. The opening scene of this particular shoot was one of me pretending to be asleep in bed. Because #realism, I had no make up on (therefore mentally felt not awake yet) and also I was more or less in pyjamas. And I was like, jeez, what if I fall asleep while pretending to be asleep?? Meta. And I remembered making a ton of jokes on set because the maniac laughter was the only thing saving me from actually falling asleep on the bed. And damn, that bed was comfy. And that is too many Ands in a sentence.

Anti-climatic plot twist: I didn’t fall asleep. Proud of myself, tho it makes for not a very interesting story. I’m filing it away mentally under “Things that almost became an anecdote but failed”. I cannot help but wonder what a client would do if I really did fall asleep one day – Singaporeans are so polite, would they wake me up? Or just let me sleep, then low-key laugh about it for years? Now that’d be a hell of an anecdote.