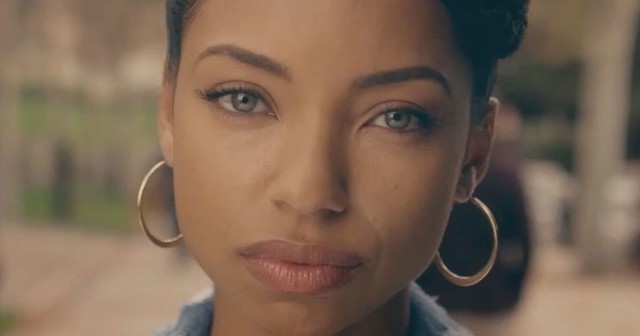 You guys. You guys.

I have been obsessed with two shows this past month, the first of which being the heart wrenching 13 Reasons Why, which I’ll admit, I watched because it was produced by homegirl Selena Gomez, who is my favourite pumpkin-resembling-human. Happily I discovered: I loved it. The show has it’s problematic moments, but it also did certain things really well – normalising the casting of coloured characters, for one. Asian characters aren’t token asians, they’re just asians. Same with brown characters. We could use more normalisation of representation, methinks. The most popular girl in school, Jessica, is a brown girl who remains friends with her rapist after the act, showing us that there is not one right way to react after trauma – her way of coping with the trauma did not invalidate her rape, and that was in itself an incredible milestone for television, which has historically used rape and female trauma as a last ditch ratings-grab (ahemGAMEOFTHRONESahem) or plot device for sensationalism. Ugh. So yes. I’m not saying the show didn’t have its failings, but we do not throw away the baby with the bathwater, as they say. Loved the show.

And two days ago, I started on Dear White People, and it instantly became my favourite show of the YEAR.

From its incisive wit and brilliant cinematography, there’s very little not to love about the show. It just became the first show with all minority cast to hit 100% ratings on Rotten Tomatoes, and while I dont always trust RT, I’m gonna have to agree with them on this one. All characters are multidimensional and real – and social issues that are uncomfortably close to real world ones are brought up and dealt with in a not quite satirical way. The show revolves around black girl Sam White (but not black enough for some of her crew) and her radio show called Dear White People, broadcasted at the fictional Ivy League and predominantly white school Winchester. Within the first five minutes of the show’s opening, we see shit go down as racial tensions come to clash at a college halloween party where students are encouraged to come in their best black costumes – in blackface: niki minaj, beyonce, etcetera. If you hadn’t already realised, this show does not shy away from sticky topics. It’s awesome.

As the show goes on, other characters are introduced and fleshed out, and every single one of them is incredibly compelling to watch. None of them are token characters, and this is refreshing. It is sad that this is refreshing because it shows us just how rare it is that a person of color is not just the sassy best friend but actually the main protagonist who’s life is just as interesting to watch. We can all afford to do better, I think.

What I appreciated most about the show was how damn good it was. Is that too obvious? But it’s true. The show is, at its heart, a damned good show, extremely watchable, addictive, likeable. The entirety of it was so well scripted and intelligent that it said everything I could ever hope to be able to enunciate and allowed me to borrow the perspective of someone other than myself for a hot moment. Despite being clearly a show with a message, that message was never one sided – and the way it navigated the demarcations between stereotype and satire was so elegant it had me blinking in wonder more than once. Difficult questions were asked. Faults were pointed out on all ends. This show is not a blame game – it is a fire starter. And the fire is something we could all use in today’s world to warm us to the sticky things we need to not shy away from.

This is something Netflix has been doing pretty well of late, I think. Combining entertainment and social commentary, to make it more palatable to a wider audience. Jessica Jones was one of my favourite shows on Netflix till Dear White People came out, and I loved how the issue of female trauma was brought up and handled in a non-textbook way. Unbreakable Kimmy Schmidt, written by everybody’s homegirl Tina Fey, was so satirical that it forced us to relook at modern society with slightly more critical eyes. Orange Is The New Black did a lot in terms of mainstream media representation – though I have to say, they still lock it in on stereotypes quite a fair bit. Luke Cage proved that an all minority cast could carry a show, and do it well. Well, until the totally unbelievable villain Diamondback appeared mid-season. And by refusing to dub Narcos and having half the show in Spanish, subtitled in English, it made a huge statement on the privileging of certain lingual experiences and evened out the playing ground, just that bit.

These issues are not new, they have been debated to hell in academia. God knows how many papers I’ve read and written on gender privilege, on the Othering of experiences, of representation in art. But who reads these papers outside the academic circle? Academics can not just keep talking to academics about these things. It will go nowhere. These papers and debates are very heavy to digest but they are crucial, and they need to evolve and take on different forms across cultures and social groups. Collaborations are what I’m talking about, people. This is one of the big plus points to me of social media and also pop culture, the potential to have a widely varied discussion of these things. In my ideal world there will be a job position in a department called Responsible Television where academics are hired by TV networks and to sit in on roundtable writer meetings to raise valid points of debate that can be woven into pop culture. And aren’t we already moving towards that? Academic and author Roxane Gay was appointed the first black woman to write for Marvel’s World of Wakanda, a comic storyline focusing specifically on black and queer characters. It is a start. So much of pop culture – be it television or literature – has given us material to talk about, has widened the range of acceptability, and has opened our eyes to privilege and thus, empathy. And so much of pop culture has the sheer volume of audience with which to do so.

So.. yeah. This was originally just supposed to be about Dear White People, which I just finished binge-watching yesterday, but I got sidetracked as I often do. The point is, go watch it. It is required viewing. I absolutely cannot wait for Season Two.