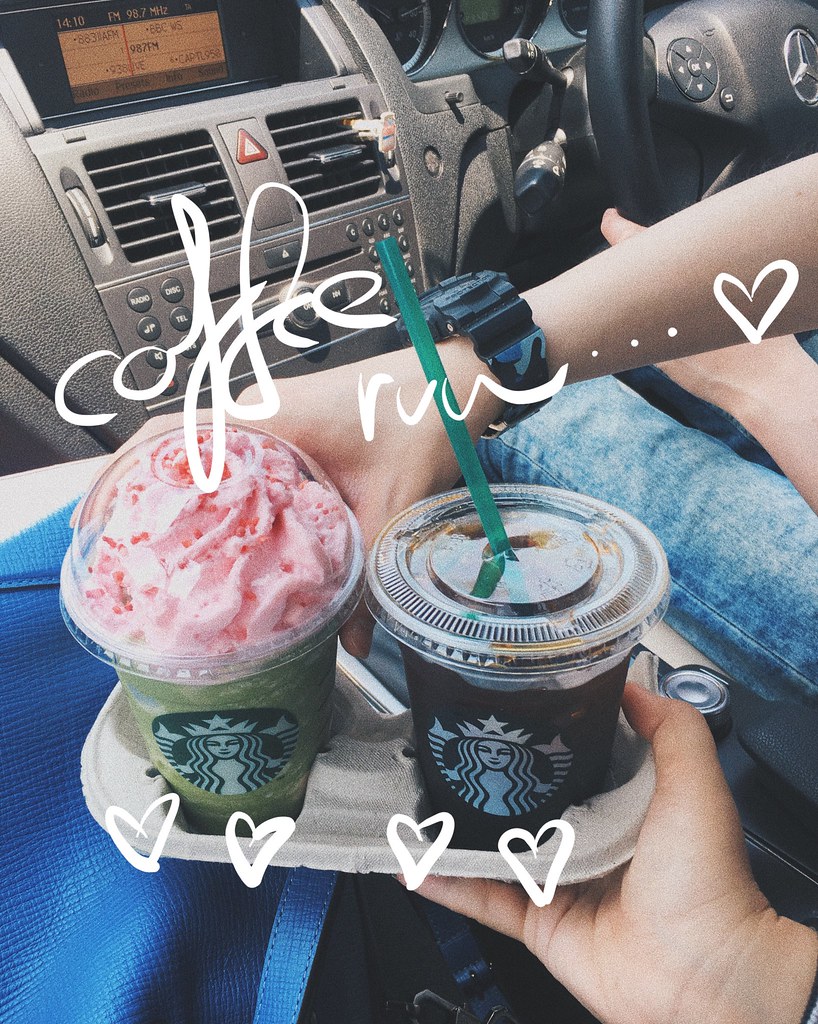 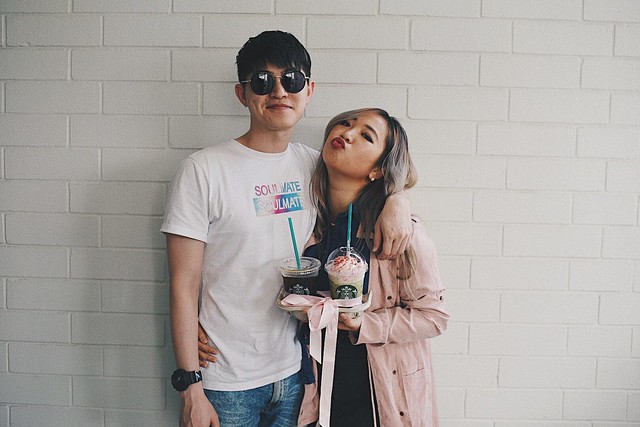 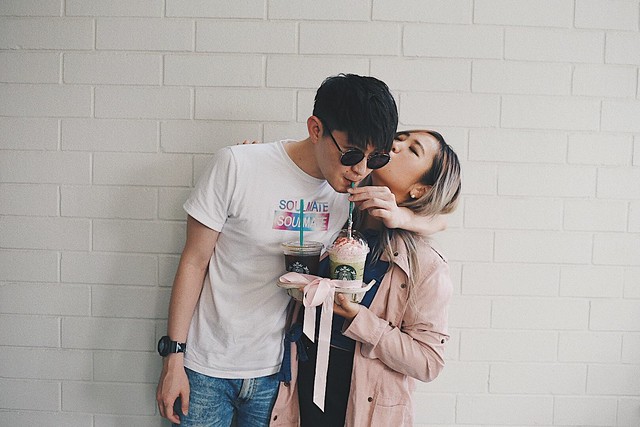 Is it normal to love coffee so much? I really don’t know. I drink it black and cold (like my heart) almost exclusively nowadays, but one must make exceptions, and my exception this week was a sip of shane’s green tea strawberry blossom frap. so sweet. so pretty. so indulgent.

the new blossom frap reminds me of the ever annoying cheryl blossom from riverdale, this new netflix series that i cannot stop bitchin about. everyone i know, and i do mean everyone, is obsessed with it. even my self-proclaimed cinephile friends, and film-maker friends. I’m in disbelief. as someone who grew up in absolute love with cole sprouse (or dylan, i dont care, my affection is interchangeable), devoted in heart and spirit till i was in junior college and discovered sterling knight aka chad dylan cooper from disney’s sonny with a chance, this breaks my heart. i vowed to love everything my boy sprouse was in. but i cannot take riverdale seriously. i just cannot.

putting aside the fact that i told everyone i had no more time to tv cos, yknw, #thesis, i still dont stand up as well to peer pressure as i thought i would. i finally got suckered into watching it by martin who insisted that its surprisingly damned good. thus four hours of my life passed, and at the other end of four hours i came out and yelled at him for another four for making me do that.

firstly what the hell.

is no one in the show at least attempting to be believable? i cannot bring myself to believe that betty loves archie. she looks like she secretly hates him off camera. i have never seen anyone look so unconvincing when declaring to their gay best friend their love for the generic main protagonist. and generic is cutting it too close for comfort – whats up with archie? dude’s way basic. yes ok he’s cute – but so is literally everyone in the show. plus why are we pretending that his songs about heart break are revolutionary and indicative of talent?! hearts get broken, songs get sung. entire careers are built on this trope. ahem taylor ahem swift. this is nothing new. I’m tired of people using artistic endeavours like music or painting or whatever as a crutch that’s meant to symbolise that a character is ~varied emotionally and deep~. couldnt they have been a bit more respectful of female standards instead of making betty and veronica fight over this lame boy?

is the show’s aesthetic that no one can act? is this everyone’s first real role out of acting school? why is veronica always crossing her eyes everytime she wants to look serious? i cannot believe that veronica is a real person. she is very attractive but i think that’s the actress and not the character. who wrote this show? why do the character lines and dialogue feel like they’re trying to teach me something about ~insert hot social issue here~? and what is up with cheryl blossom? is she a fake blair waldorf? why is she so unbelievable as a character? why are all the parents in this show crazy? is this show channeling pretty little liars? when are we going to stop using this idea of male-female-bestfriendship as a vehicle for one party pining for the other? it is totally possible for men and women to be friends without one falling in love with the other. every single time a tv show turns a platonic friendship into a plot device for a romantic relationship, a fairy dies somewhere. tinkerbell, save me.

the only thing i liked about it was the appearance of josie and the pussycats, whom i loved in the comics. but then the representation of josie confuses me too. why is she so angsty? why is she so unnecessarily bitchy to everyone she talks to? wheres all this emotion coming from josie??? tell me!!!!

I was bitchin about this in the car, on the way to supper with my uni friends. the occasion was that emmanuel, who had migrated to hongkong a month ago, was back in town for twenty four hours. and in the car, we were talking about television, and either one of us brought up riverdale, and i went onto this tirade again.

watched episode one and hated it, he said. does it get better?
I’m on episode four and it still makes me want to smack something.
ok never mind then
i dont understand why its so unbelievable emman i really dont. why didn’t they qc the acting a bit more??

emmanuel stopped and stared at me.

its the CW, jem. acting is not their priority. hot people and melodrama is.

and i suppose he has a point there.

so that’s kind of my life update for the week, i guess. been studying, drinking starbucks, and bitching about television. i think school related stress is making me unnecessarily emotional about everything. my boyfriend was looking at emman and i go on and on about riverdale, and he finally said: jem, why u gotta be so triggered?