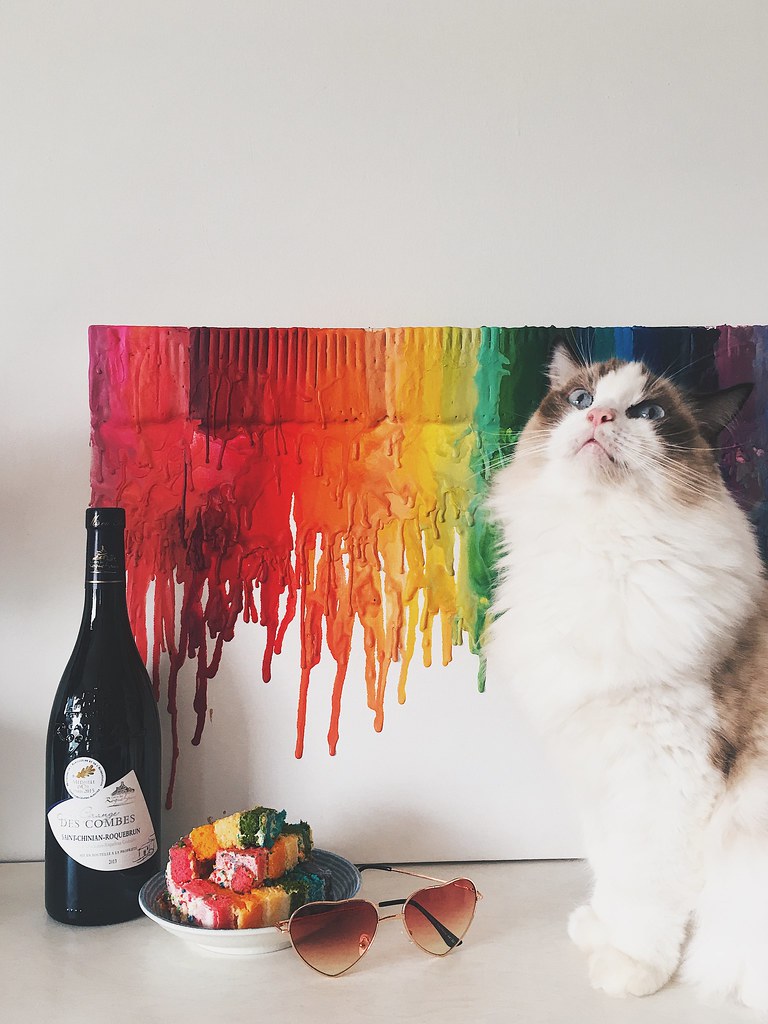 It was our favourite little monster’s fifth birthday last weekend, not that she cared. As evinced from her facial expression. I can’t believe i’ve been a slave to her moods and cravings for the last five years. Did you know, cats can knock on doors? This one time my sisters and I were home alone, chilling in our bedroom, and we heard this incredibly human like knock on the door. Rap-tat-tat-tat-tat. There was no one else home; our parents were out dating or something, I don’t know. We stared at each other slowly. What the actual – ?

After a lot of egging, I was nominated as tribute (sacrifice) to be the one to open the door and face whatever intruder was out there, vengeful ghost or murderous burglar. Jeez. The door was opened, the hallway was empty. I looked down. Something brushed against my ankle and I jumped. When I turned, Athena had taken over my spot on the bed, and was currently stretching out happily. That cat has the worst case of FOMO, did I mention? She can’t stand it if people are congregating behind closed doors. She needs to be in on the action, is what I’m saying.

We couldn’t for the life of us figure out how she managed to knock on our door until one evening we watched her trail my mother to her bedroom, where my mum promptly shut the door on her face (they have boundary issues, its an ongoing debate). Following which she turned her ass to the door, leaned on her front two legs, and kicked the hell out of that door with her hind paw. Rap-tat-tat-tat-tat.

It was genius. Actually genius. For months i’d been checking with my cat owner friends about the knocking, but no one else had a cat who knocked. Athena must have invented her own way of knocking, the way she learnt to sit on my chest and extend just one claw to pull the edge of my sleeping mouth open when she wanted food at 445am in the morning. We were conflicted about this new development. Is it better to have a dumb cute cat who’s also affectionate, or a snobby cat who spends all day sleeping and puts her ultra-intelligence to use only to intrude on your personal boundaries? It’s hard to say.

Either way, what stands is that life is a perpetual equal parts joyride and equal parts annoying af with her around. Happy birthday, you twit.