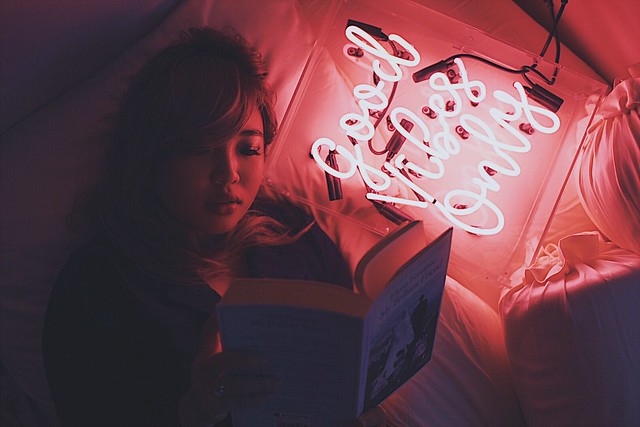 Well, well. Day four and the chinese new year festivities seem nearly over, the dust settled, so on and so forth. How was everyone’s festivities? Sufficiently awkward, I hope. Last year a friend and I were groaning about the impending visitations, more because it seemed the fashionable thing to do than anything else. I don’t really suffer from the extended family meet ups the same way most people do, and when my friends complain that they face strange and inappropriate questions from the fam, I privately thank God that my family is more or less chill with most things. Besides, four, five (?) years in the media has kind of rendered me immune to strange and inappropriate questions. You know what I mean. Welcome to the new reality, is what I am saying.

But anyway. Back to it. Said friend had procured a newish girlfriend and she was to meet his family for the first time. His family, unlike mine, loooooved to ask questions of the childbearing hips Mulan-matchmaker variety. So he claims.

How ah.
How what.
I’m putting together a list of weird things they might ask so I can formulate funny comebacks ahead of time.
Good luck with that. You know it’ll be useless right? In the face of an awkward question you’ll just –
– shrivel up and die. Yes i know.
I hope your chinese new year is awkward as hell.
Shut up.
It’s a blessing in disguise, my friend. Awful scenarios are a gift –
– to creativity? You always say that.
A gift ripe for the pickings.
Ugh. The worst part is you’re right.
I hope you have the worst CNY ever.
I hope you have the worst CNY ever.
Thank you.
I know.

Afterwards he came back and said that the visitations went well. Too well, in fact.

Is that disappointment I detect? I asked. He shrugged. And i thought to myself, how human we all are, to secretly hope for shit to hit the fan, just to lift us all out of this predictable boredom masquerading as happiness. Is that too pessimistic for the new year? I don’t think so. Alternative storylines to follow, and all that.

This year’s storyline didn’t differentiate that much from the norm. There were visitations, just the right amount of weirdness, and a lot of napping. So much napping! The exhaustion of the last half-year has returned with a vengeance, and again I am reminded of how my one superpower is being able to fall asleep anywhere. Couches, trains, buses, under your dining table. Last night we were playing charades at another friend’s place and i just barely managed to pretend i was imitating something when i had actually dozed off for a hot minute. I laughed about it later, in the car home, about my super power. My boyfriend looked at me and said, stop romanticising narcolepsy, Jem. And that was that.