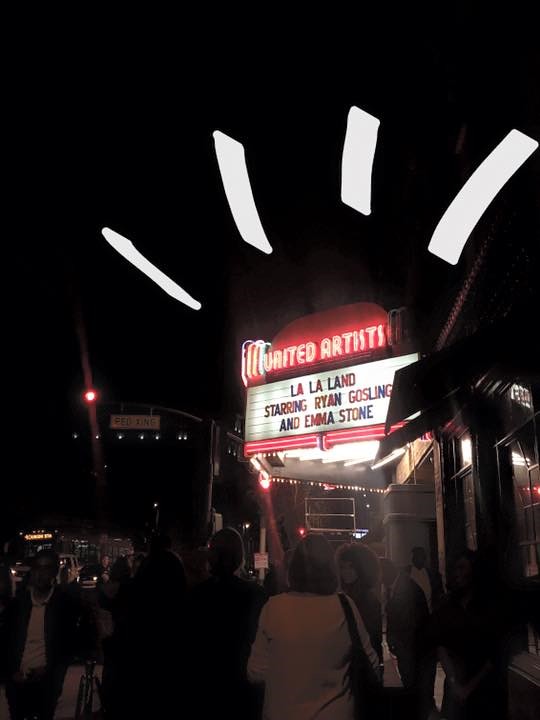 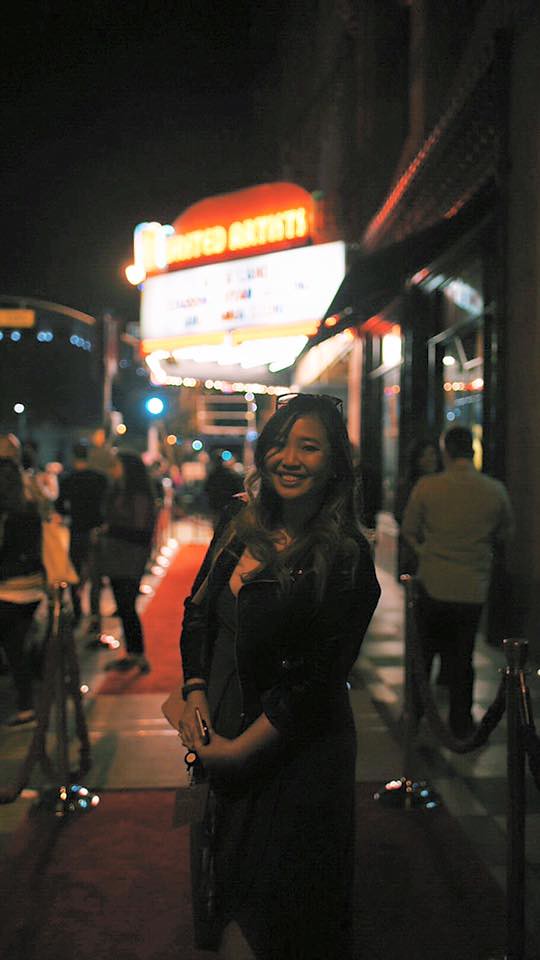 Back in LA I was given a choice: attend the premiere showing of La La Land (Emma Stone was to make an appearance at the end) or catch Maroon Five live. I chose Maroon Five because I reasoned that I could watch the movie when it broke in Singapore, and also, I’m generally not star-crazy so I was happy to just watch Emma onscreen forever. Ah, this life of privilege. And looking back, I’m kind of glad I didn’t watch it in LA, because I don’t think I’d ever recover from being a mess in front of the international media over there. The show hit me hard, friends. Hard.

I wonder how much of it I can go on about before giving it away. The premise of the film already begged to be loved by my sort – song, dance, and color? And Emma Stone?! Count me in. Emma is incredibly talented – I absolutely adore her work, I love love loved her in Easy A, in The Amazing Spiderman, Crazy Stupid Love, Birdman.. I don’t think she’s ever really been fully utilised to the best of her talent, to be honest, but I’m pretty sure we’re going to see a lot more of her in the coming years. Neither she nor Gosling can really sing, but that adds to the adorable factor of it all, I suppose.

And I also liked that it’s a standalone movie. Not a sequel to yet another Marvel film (which, full disclosure, I also love, but am kind of getting numb to) or a prequel to a huge franchise (Fantastic Beasts) or borrowing from a wealth of popculutre/literary tradition (Miss Peregrine’s Home for Peculiar Children). Just something fresh, something that resonates with people aching for the nostalgic old films from golden hollywood, something that promises to please..

The film opens on a jammed up freeway, classic los angeles. Everyone is listening to something different on their individual car radio, and a brown girl in a yellow dress leads the first solo. Soon, everyone jumps out of their car and starts dancing. It’s extravagant. It’s fun. It’s entertaining. It makes your heart jump. I found it an interesting and deliberate choice that the first two solos of the show’s first song were people of color, which I thought was fantastic, and although I would have liked seeing more people of color as leads in the show (John Legend makes an appearance as a supporting character in the middle of the movie) but yknw, we take what we can get. The musical number soon cleaves to introducing Emma and Gosling, and then we follow them from there.

The movie is essentially the age old tale of the tension between romance and ambition. Emma wants to be an actress. Gosling wants to be a “serious” jazz musician. Boy meets girl, boy and girl dislike each other, boy and girl decide that they kind of really like each other after all, boy and girl admit to Loooove, capital L, multiple Os. But they don’t just like each other, they like the other’s passion for their craft. At one point, someone says: “People like people who are passionate about things they love!” And when different ideas of who should chase what dreams clash, hearts ache.

I found myself in a mess at the end of it all. To be fair, it’s always been a genre that hits me hard – the idea of lost time and big dreams sweetened by sugary sweet showtunes and moony dance numbers. The music plays my heart like a fiddle. The plot smacks me in my big sappy face. And I loved it so much, but I couldn’t listen to the soundtrack without breaking down into tears again. Private crying! You learn to do it as you get older. Cry in the toilet instead of in front of others. Then talk about your feelings on the internet. Thus the modern generation is espoused.

2016 has been a strange, tiring year. Not just for me – for the world, I think. You know what I mean. People were dying left and right – and not that they generally dont, of course, and this is not to say that one person’s death means more than any other. But people become icons that represent something to us, personally. Prince and Bowie gave many struggling kids all over the world representation, and a means of understanding that they can be safe, be accepted, be welcome in a weird world. Alan Rickman is, well, Snape!! The number one icon of love for the Harry Potter Gen! And Christina Grimmie was our best friend, the everyday, relatable, girl next door, who touched people with her open heart and her talent. When these people were lost to us in 2016, the world seemed strange and suddenly alien. Nothing was sacred anymore. This is, of course, rubbish. Statistically 100% of people die. Plus three out of four of the people I mentioned were old, which is when it gets more acceptable to expire. But they were iconic to many, and in their icons they became more than just another person, and so their deaths hurt many. And it’s not just them. Somehow, in 2016 the internet felt more raw and open than ever, a gaping wound that was ready to fight back. Alton Sterling’s death slapped rage and hurt across the world, and people started to stand for fairer, more human treatment of everyone. (At least, it seems that way to me). Women the world over rioted at the outcome of the Stamford rape case – a widely publicised one that triggered in more ways than one women who’ve ever felt harassed, unfairly treated, and plain violated.

And yet for every angry person there were a thousand more anonymous ones brushing these off as no big deal. At the end of the year, people started crying as they watched numbers tick across a vote count that told them they and their problems were possibly no big deal.

Yeah. It’s been an exhausting year.

Will La La Land fix that? Of course not. It doesn’t have the answers. But it does have something else, something almost as precious. It has hope, but not stupid hope – it’s dashed with realism, but at the end of the movie you can smile and choose to be foolish and nod at your younger, sillier self with near respect. At the end of an insane year it’s with something like hunger that I inhaled the film, having forgotten how hungry i was for that kind of silly, sweet hope. It’s another day of sun, the characters sing during the opening number, even when the world lets you down.

Yes. Yes it is. And there are worse ways to close the year than with some tears and a smile.