#2046 | Jemma for Seagate: Saving on Space while Traveling 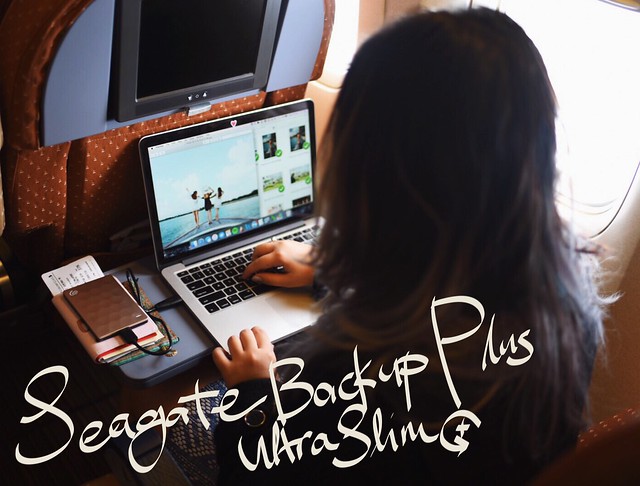 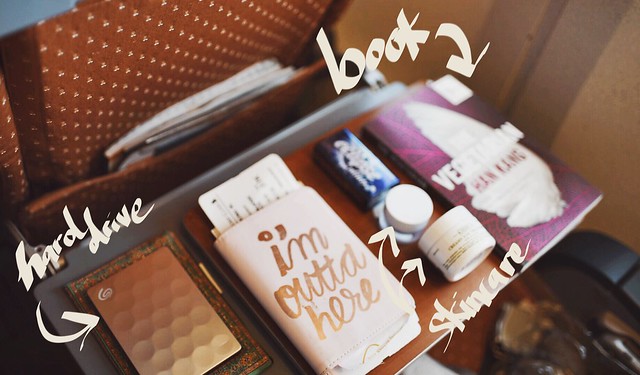 current travel essentials
Heads up guys, a new kid is on the block and boy is it gorgeous. The Seagate Backup Plus Ultra Slim launched earlier this year to much fanfare, and it just makes me blush for the days I lugged a giant regular external hard drive (the kind that needs to be plugged into a power source) around for storage a mere five years ago. I even dragged that one to new york with me the first time, when I was 18, telling myself that the mess of wires and foregone luggage space was worth it for the promise of backed up photo memories. Well, it was. But those days are gone. I’ve been using portable hard drives ever since I hit 21, and I’ve never looked back. And yet none of them have been as beautiful as this one.

Portable hard drives have gotten cheaper and more accessible precisely at the point where laptops have started being made with less and less internal storage space. There are lots of pragmatic reasons for this I’m sure – a computer definitely runs faster when youre forced to be prudent about the amount of junk you keep on your desktop. But when you go from a 500GB macbook to a 120GB MBP retina not by choice but by circumstance, you’ll find that the reliance on portable storage spaces are real. Because so much of what I do requires me to edit high-res photos on the go (and fine, I’m also a hoarder, I keep every single photo I’ve taken, ever), it’s come to a point where I store nearly nothing on my laptop itself save for word documents, and run everything off either a portable hard drive that I carry everywhere with me, or off the cloud.

I currently have about four external hard drives in different colors and designs, from a variety of brands, and I segregate my drives by chronological order as well as by function – I even have a whole drive dedicated to storing old seasons of FRIENDS and other things when I need a little perk-me-up! But because of that, I’ve also reached a point where I dont just want a high functioning drive, I want one that is, well, fine, pretty. And the dimpled champagne sheen of the new Backup Plus Ultra Slim just makes me swoon for the silliest and most superficial of reasons. No complaints – I totally own my frivolous side. Don’t we all? 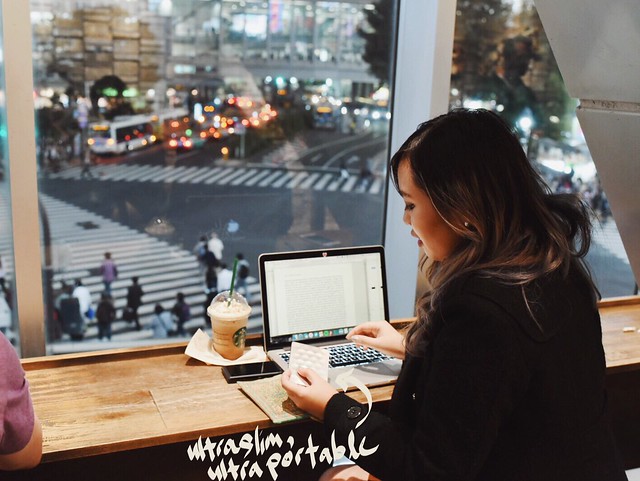 working on the go at starbucks over the famous shibuya crossing in tokyo, japan
But on to more pragmatic things. Part of the reason why I’m so reliant on hard drives is because we all need space, okay? I don’t just mean that metaphorically – I mean that in every sense of the word. Photos when I was 18 used to run in the 20kb range, now a good picture can be about 6MB per picture. My DSLR has two card slots already and yet I run out of space all the time. And because I am by nature a scatter brain, I’ve had to discipline myself into proper storage back-up habits the hard way. Too many times I’ve experienced the split second oh shit moment right after I delete a bunch of pictures I hadn’t backed up because I needed to clear space in my camera, and there’s nearly no way of getting them back! There was once I was actually on the brink of tears while sitting alone, in public, because I stupidly reformatted my memory card and then remembered the minute I pressed the REFORMAT CARD, CONFIRM? YES! button that I needed some pictures in there for a blogpost and I hadnt transferred the pictures out yet. This life!!!! The pain!!!!

So now I force myself to transfer out and backup my photos on my different drives (and then back up that drive in the Cloud) every weekend, just to prevent this from happening again. Ha.

PSA: on that note, the hard drives comes with 200GB of Cloud storage on Microsoft OneDrive.. 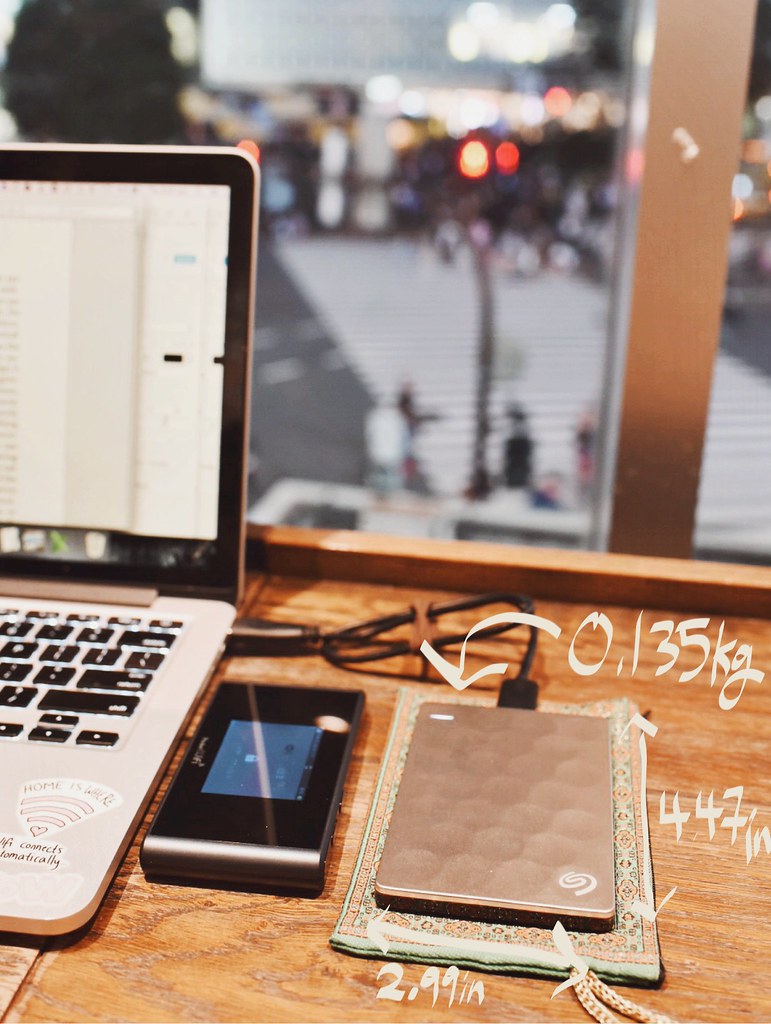 Working on the go while abroad: hard drive + portable wifi egg
Part of the reason why I like this new hard drive so much (which, full disclaimer btw, Seagate sent to me for trial and review) is because it’s so light and portable. I mean, that sounds like a silly thing to say because I kind of take for granted that all portable drives are light and easy to carry around. And they are. But on first impression, the Seagate Backup Plus Ultra Slim wasn’t just light, it also was portable in a way that didn’t feel dinky. That is to say, it felt sleek and compact, but also solid enough to slip into your pocket or handbag without worrying that it’d get knocked around and messed up. This is something I’ve noticed about Seagate external hard drives in general which I really appreciate – I’m actually using one of their older backupplus models in electric blue. They’re also very fast because the newer models use USB3.0 port which handles file transfers faster than normal, and this range comes in the 1 or 2TB iteration which I believe is the largest capacity for external HDDs of this physical size. That means 320,000 photos or 240 hours of high definition video ok – perfect if you edit videos or photos on the go. If you’re traveling, this is great. If you’re traveling on a really long trip, this is perfect. Months and months of memories securely backed up! And – I cannot get enough of saying this – it’s so damned pretty that you have no qualms carrying it around with you and displaying it proudly on your temporary workdesk. I know I did. 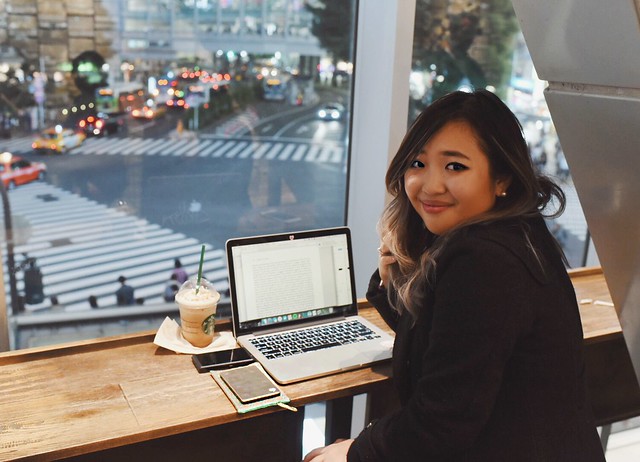 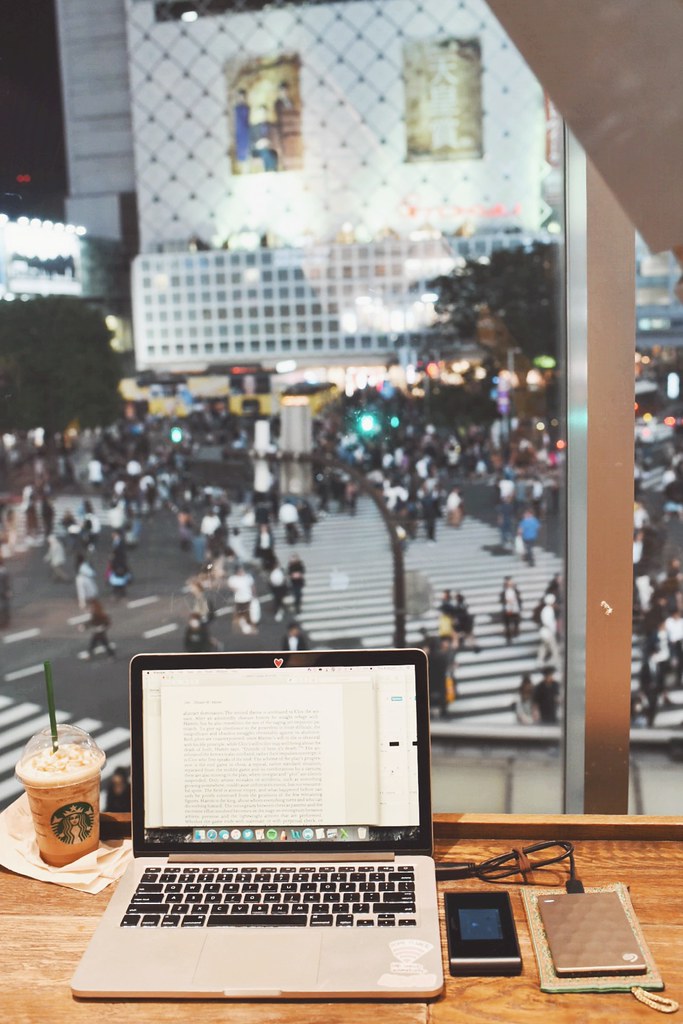 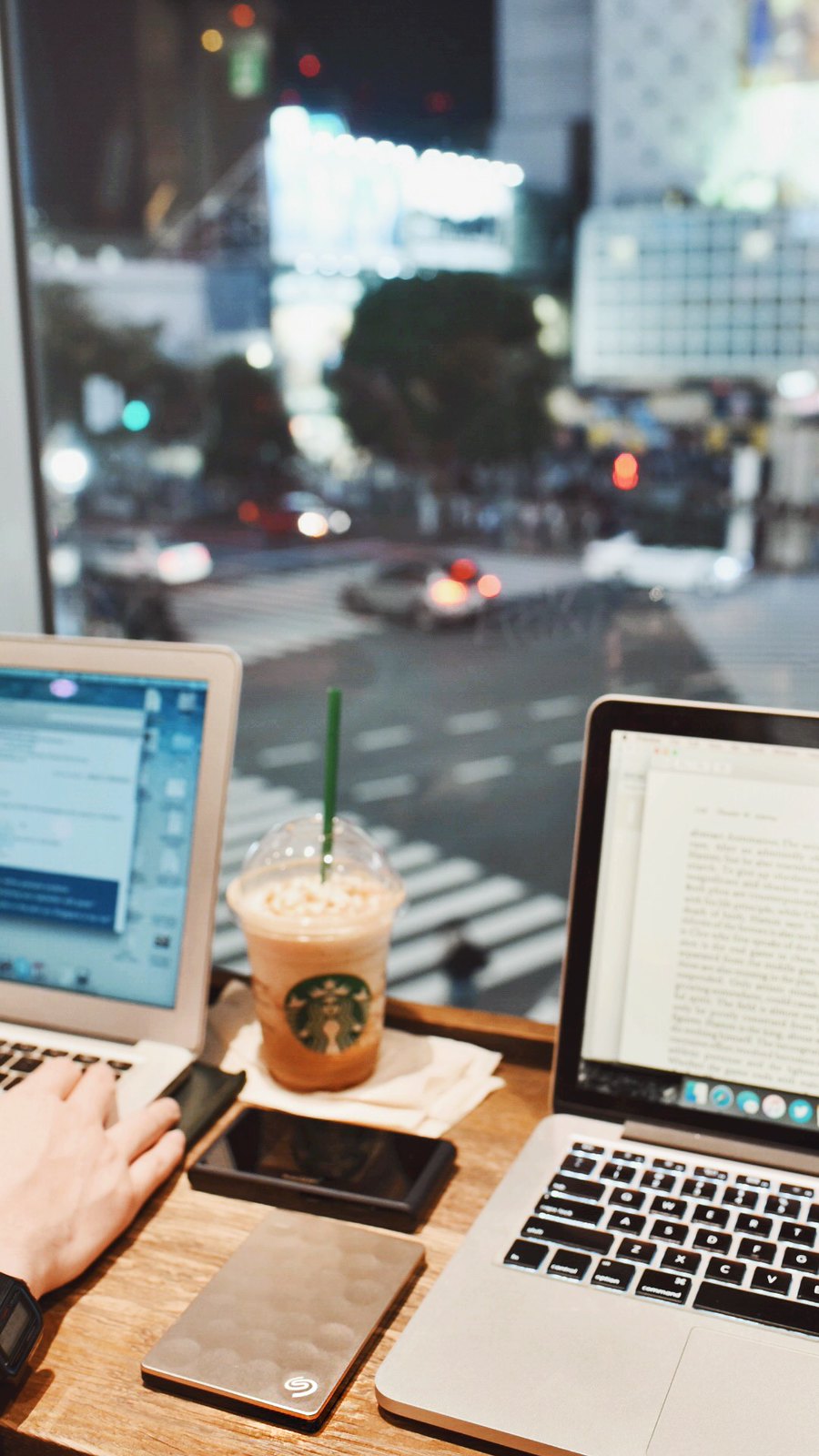 Said display in action: busy working in Tokyo after a full day out and about
Alright guys. Here comes the whammer y’all have been waiting for. Seagate Singapore and I have partnered up to give away one of these babies to one of you in a color of your choice – it comes in gold or silver. All you have to do is leave a comment on my instagram post here telling me what your best storage story is, and Seagate SG will pick a winner in a week. EG. Had no space in my luggage to shop for new clothes in Bangkok but at least I took 300 photos of them that I can now keep and remember forever! And etcetera. You have to be residing in Singapore for the giveaway, but other than that, there are no restrictions so go crazy. Be creative 😀

And for everyone else, even if you don’t participate / don’t live in SG – if you’re looking for a gorgeous new HDD that doesn’t break the bank, or for the perfect christmas present for your trigger-happy friend, you know what’s up.

Have a great one, y’all.