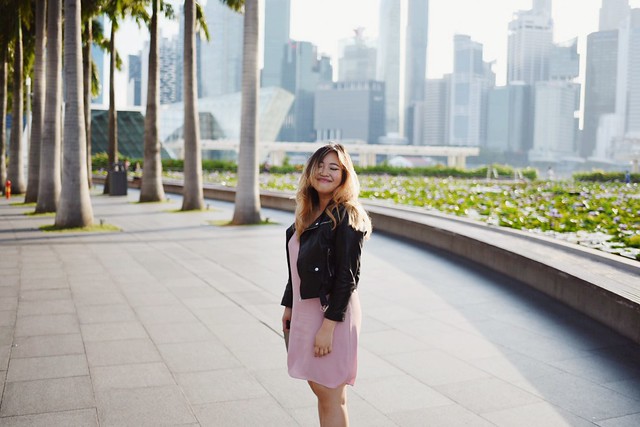 Oh will you look at that. It’s been a month since I last showed my sorry face around here. So much for having a bunch of things I want to talk about. But I’m not even sorry because I have been doing this thing called having a life and it’s been GREAT, you guys.

Anyway, after two months of nearly obsessive suitcase living, a month in new york and the subsequent in london, I’m finally back on home ground. This is what happens when your friends keep migrating, okay? You have to go halfway across the world to see them. Why couldnt they have migrated to Bangkok where I can hop over for less than a thousand bucks a pop? But really, it’s been a blast. I came back happier and fatter and the viewers will have a lot to say about that, I know. Speaking of which, new hype hunt episodes upcoming now that summer is over and filming has resumed. We went on set the other day and as life would have it my first shoot after touchdown had to be an outdoor shoot. While I readjusted from the cooler airs of scotland and london. Isn’t life beautiful?

It feels like every single time I land in Singapore I ask the same thing: has it always been this hot, or ..? Global warming? I don’t know. Maybe it’s time to make peace with it. In my younger days I had all these opinions, most of them angry and strong. It seems that as time goes by I find myself considerably less interested in suffering. Perhaps the answer really is learning to let go. These days I have less feelings about whether the bus comes on time, but also less tension in my shoulders, less worries, and I’m generally happier.

Of course, I might take all that back really soon. As part of my scholarship bond, I’m bound to start teaching at the university this week. Tra and la! I spent the better part of my morning wrangling with the office printer and the highlight of my day was finding a stapler powerful enough to bind thirty five pages together in one shot. Perhaps next week I’ll be back on the blog pleading uncle. “This life is not for me!” And then the university will call me in for a talk on what is and isnt appropriate to discuss on social media. Like bitchin about waking up early for school again? Probably not okay. Can they do that? I dont even know.

In other news (and obsessions) I have been addicted to this book: A Little Life by Hanya Yanagihara. I feel like I might have said this before but I dont care because it is that good. How can you be addicted to a book, you ask? Like so: I’ve read it five times already, cover to cover, all 750 pages of it. I told you: when I get obsessed with something, I get obsessed hard. I adore this book so much I feel like it gives me life. When I met Tash in London and gushed about it he looked at me and went: you’re one of those who cried through the whole thing, didn’t you? Guilty, and guilty. But not sorry. Read it, you guys. I’ve also been really into this new Netflix original series: Stranger Things – which is fantastic. The storyline isnt anything we havent heard of before, but the set design, the costuming, the film colouring… incredible. It’s as if Stephen King cracked his brain open and draped oodles of brain all over an idea. Too graphic? But so is the show. Lastly! I caught Curious Incident of the Dog in the Nighttime on West End this trip, after a lot of ragging from people around me. It was absolutely, totally, hands down worth the hype. It’s been so long since something has blown me away so thoroughly. We were all in tears by the end of it. Smiling so hard our faces hurt, shiny and taut with tears. So, so good. I expect I’ll be talking more about Curious Incident when I pen my London guides – I was actually in London on campaign with Skyscanner – but for now, just take my word for it: amazing.

And with that – you might have guessed already, but I’m here (as usual) because I’m procrastinating preparing for the semester’s syllabus. And also, the prospectus that I have to present to a board where they’ll decide if I’m worthy of confirmation, etcetera etcetera. It’s all part and parcel of being a masters student, and I might whine my ass off, but I love every bit of it. So far. You know what’s funny? I’m doing this premiere tomorrow evening that requires me to turn up in goth. Right after a lecture in the university. Guess who’s gonna scare the crap out of some fresh faced undergraduates tomorrow?