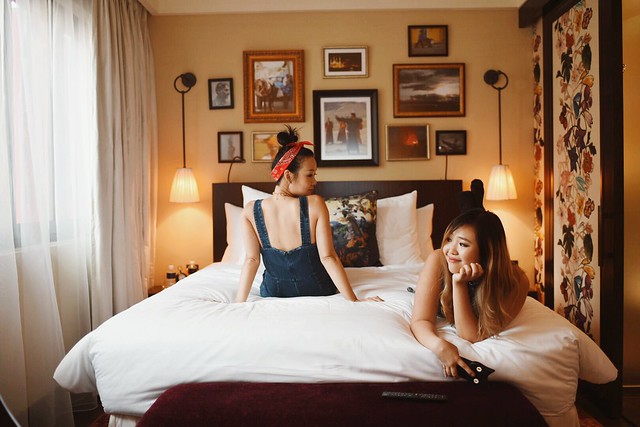 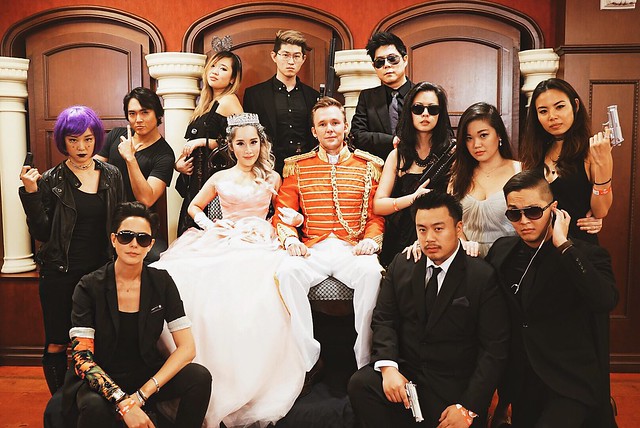 Was nursing an awful bout of the cold this past week, which meant waking up to feel like absolute rubbish every single day and then going about work in this ridiculous Singaporean humidity. I don’t often fall sick so obviously when I do I feel like it’s the end of the world; I don’t remember what it last felt like when I was sick, and so everything gets blown out of proportion and I convince myself that I’m dying of some rare cousin of the flu.. and so on. Melodramatic, I am.

Tonight. Still sick, although recovering. We were holding the edges of our gowns and running in heels down the USS cobbled road back to the Far Far Away castle after having snuck out of a party to crash a theme park ride. As we were perspiring buckets and cursing the weather, there was an almighty bang and light exploded above our heads. Fireworks. We nearly stopped but didn’t – we were already running late. But just that: the deserted park, the gowns, the fireworks, the friends – and despite feeling like shit the whole week, I suddenly thought to myself, the week has been a good one. And for that I am thankful.