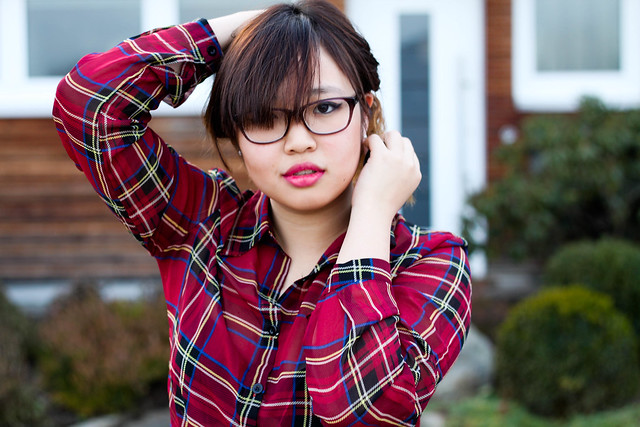 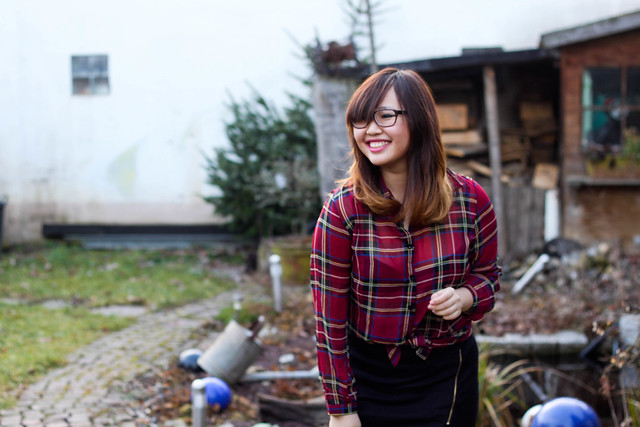 Today we have the most tragic love story ever told – between me and my eyes. Since young, my eyes have been plagued with issues, always getting too dry, or red, or scratched up.. from The Accident last year till now, I’ve been in and out of the hospital five or six times for my eyes. It’s a classic love hate relationship. This tells you two things – that my eyes are ridiculous, and that I have a penchant for the melodramatic.

It really is the most ridiculous situation: me crying please, I just want to love you and my eyes going tough shit, love before making my life really, really painful. The amount of time I’ve spent in the hospital this year is so crazy, it can’t even be flipped into some sort of anecdote or joke. I’m so tired of the hospital, I said, wearily. What can I do? My doctor stared at me over the sterile eye testing machine and shrugged: You should probably start considering lasik.

I’ve been brought through the benefits of LASIK many, many times. I have friends who have done it and now swear that it’s changed their lives completely. My doctor thinks that it’s a good idea for me to do it young, to get more years out of it before longsightedness sets in with age. It might even clear up my chronic dry eyes. I know all this, but I’ve been holding out because the thought of paying for LASIK on top of repaying my student loans just put me off…

… which is proof that good things come to those who wait. Somewhere along the way, Sophie, the angel that she is, took pity on me and linked me up with Clearvision Eye Clinic & LASIK Centre, Singapore. (Clearvision, in short.) Wandering along the streets of Tokyo alone, I got a text from Clearvision and the rest, as they say, is history. 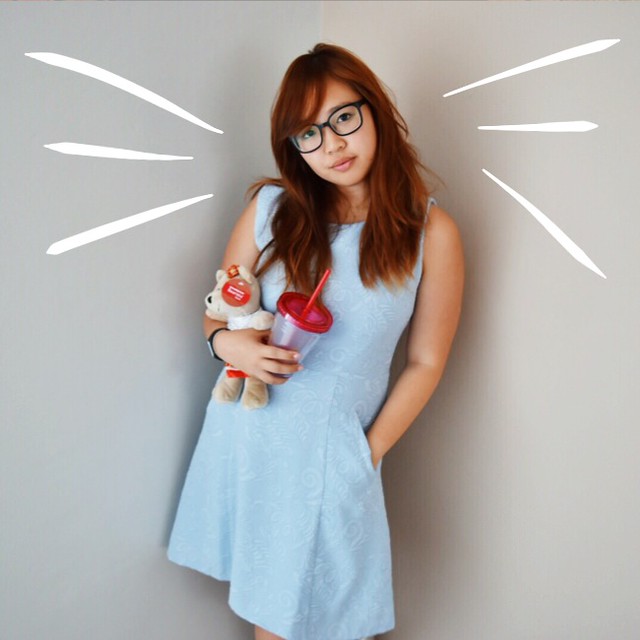 Given my history with my eyes, it comes as no surprise that I’m a complete chicken when it comes to my eyes. I went down to meet Jolene from Clearvision half excited and half convinced that I wouldn’t be suitable for the procedure. Jolene, to her credit, kept a completely straight face while explaining the different types of LASIK procedures to me, despite me literally quaking. If you think I’m kidding, imagine this – everytime she mentioned the laser or blade or anything that would come near my eyeball, I flinched visibly. In the end she had to calm me down by telling me that she just did LASIK herself with Clear Vision last year end, and doesn’t she look completely alive and well now?

I am such a wuss.

Anyway. I keep referring to it as LASIK, when in reality, there are three different types of procedures that can give you perfect vision. LASIK itself refers to conventional LASIK, which is the first ever type pioneered, the type where they use a blade to surgically slice a flap off your cornea, operate on the tissue underneath, then replace the flap. It’s pretty safe but there’s a small possibility of post-op complications due to flap misalignment, dislodging, or something getting under the flap but it makes no difference to me because once Jolene said they use a blade.. I went YUP, NOPE, NOT DOING THAT. And yes, I flinched the entire time I was saying so.

Told you I was a chicken. It’s just as well anyway, because Clearvision doesn’t do conventional LASIK anymore in favour of the more awesome EPI-LASIK, which is what I decided to do in the end HURRAY. 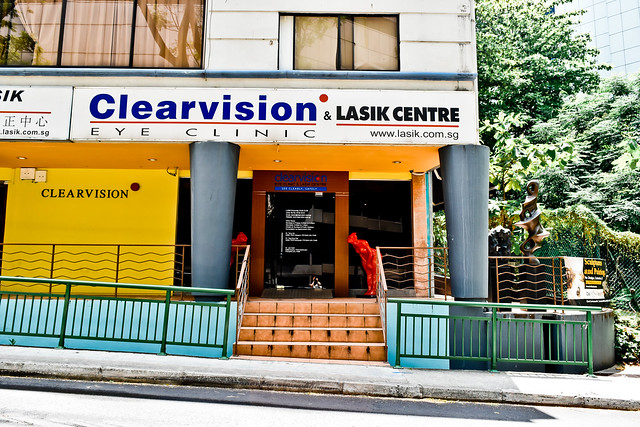 epi-LASIK
The official line on Epi-LASIK is that it’s a non-invasive, surface based procedure, safer procedure that is suitable for almost everyone, even if you have been rejected for LASIK. Basically, what that means is that it’s bladeless, takes about five minutes per eye, and will not cause dry eyes post-surgery, unlike LASIK. Also, more interestingly, it allows for future corrections to be made. From what I understand, LASIK is pretty much a once in a lifetime thing, but since Epi-LASIK cuts much less of the cornea tissue, it leaves the option of corrective surgery again in the future open.

There’s a lot of literature on epi-LASIK available online, but i’ll save it for when I’ve actually done the procedure so I can document my personal experience down on here. Right now, though, lets go back to the actual consultation session. Jolene also detailed a more recently developed procedure called ReLEx SMILE, but with it being so new, I’m a bit half half on trying it out because it isn’t as tried and tested as Epi-LASIK, which has been around for over ten years. So yes, I opted for epi-LASIK in the end.

Even then, I wasn’t sure if I’d be suitable for the procedure, especially with my eye history in mind. I went down to the clinic on a separate day for a Pre-LASIK evaluation, which all patients have to do, for them to check my eyes and decide if I’m suitable or not. 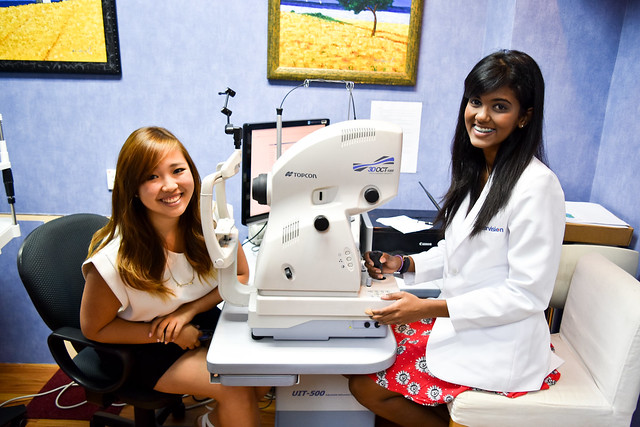 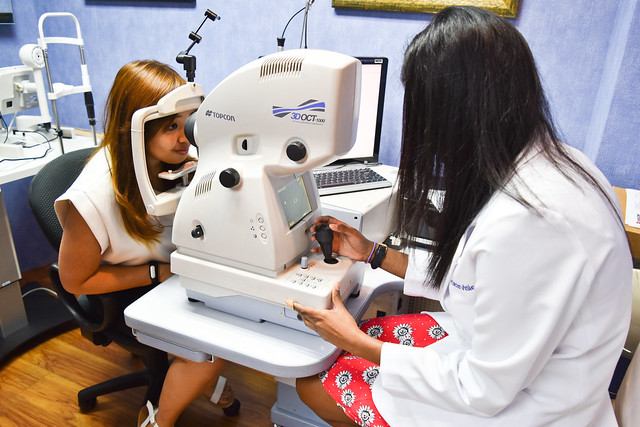 During one of the eye-tests

The pre-LASIK evaluation takes about two to three hours, and involves a ton of tests that measure your cornea thickness (if its not thick enough you can’t do LASIK/epi-LASIK), subjective refraction, and so on. They dilate your eyes before the tests, so I suggest you don’t drive to the evaluation or make any major plans afterwards. I went for an event after the evaluation and looked like an idiot the whole time because I was squinting at everyone I spoke to, muttering it’s too bright it’s too bright the whole time. 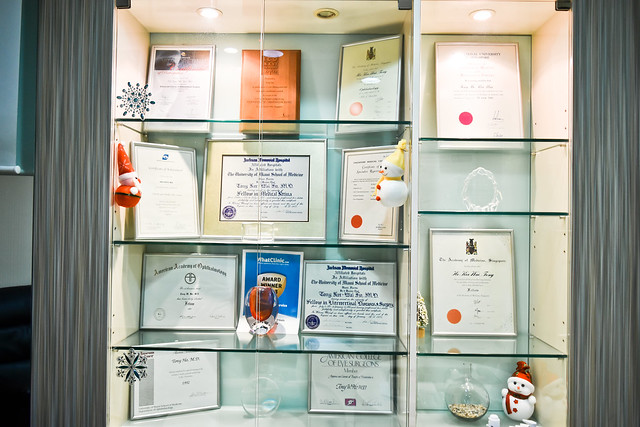 There’s also a waiting room lined with Dr Tony Ho’s multiple certifications and awards, to put you at ease knowing that you’re in good hands.

After all the tests (fun fact: turns out I have a pretty thick cornea lol), I went up to meet Dr Tony Ho, my eye surgeon, to let him personally check my eyes for any conditions or issues that the other tests may not have picked up. Dr Tony Ho founded Clearvision, and I believe he conducts all the operations himself. He also holds clinic in Mt. Elizabeth, right next to Clearvision, which is where the consultations are held. The entire time, I was jittering because the verdict was still not out on whether I was suitable for Epi-LASIK..

Everything was a bit of a blur after that. I remember heading from Mt.E back to the Clearvision clinic to make my appointment for surgery – initially for the following week, but we rescheduled it later on because my eyes started acting up again during my exam period (see what I mean?) and we decided it would be good to let my eyes recover fully first before doing anything to it. But because you have to stop wearing contact lenses for a couple of days before your evaluation and surgery, most people schedule them one day after the other, to minimise the number of days you need to be off contacts. 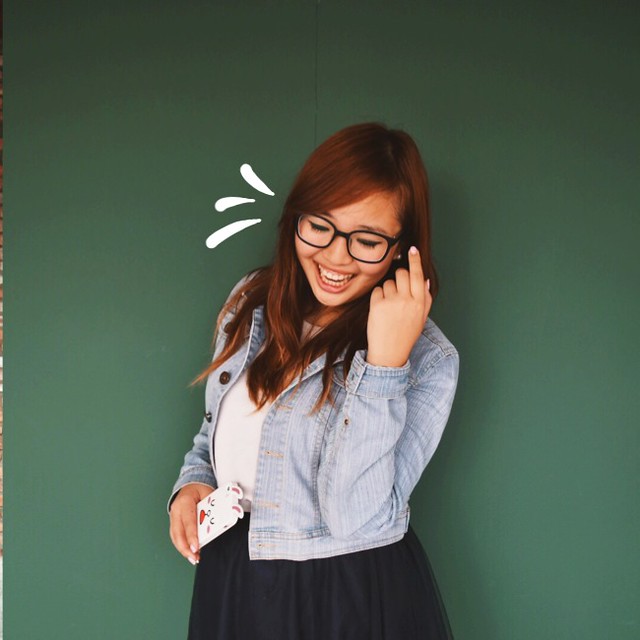 Me, I’m playing it safe and sticking to glasses till the surgery 🙂 I’m super excited, because beyond superficial convenience concerns (I mean, come on guys, not having to carry your glasses or contact lens case everywhere?), I travel so often that it’s actually a legitimate concern for me that my eyes might act up while I’m abroad and I won’t have access to medical support. I actually carry a ridiculous arsenal of eyedrops and medication when I travel, and I can’t wait for the day that I won’t need to do so anymore!

Sound good? To find out if you’re suitable for epi-LASIK, you can book an appointment by calling their LASIK hotline at +65 6100 2020 or by dropping them an email at doctor@clearvision.com.sg.

And if you quote my name, you get $120 off the entire eli-lasik package because i told you reading my blog is good for you, guys! Ha ha ha.

If you’re a scaredy cat like me who has always wanted to do epi-LASIK but #scared, you can hold on till I document a blow by blow account of my epi-LASIK procedure here once I actually do it! So, till then, I’m going to be eye dropping and resting my way to surgery, and I’ll see you guys on the other side. x