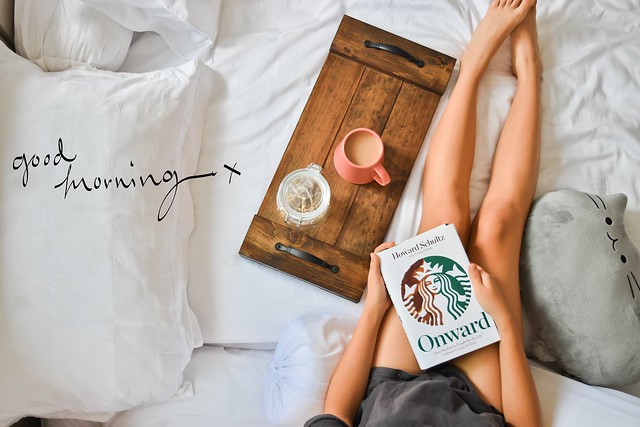 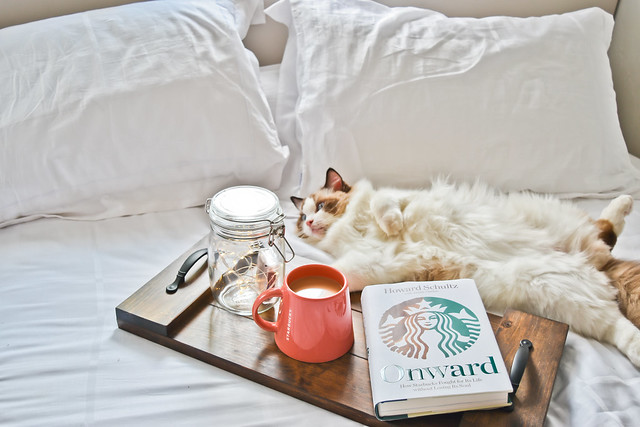 Because I’ve been home-bound the past two weeks post-operation, I’ve finally had the chance to take some decent pictures of my room since our recent mini revamp! A year or so ago, we overhauled our bedroom to be more like what it was originally meant to be – a space for all rounded rest and beauty, a girls sort of room. I share a room with my two sisters, and after ten years of bunk bed parties, we scrapped that and installed a huge custom made wall to wall bed. The result? Jumping into bed and rolling around at the end of the day has never been as comfy.. 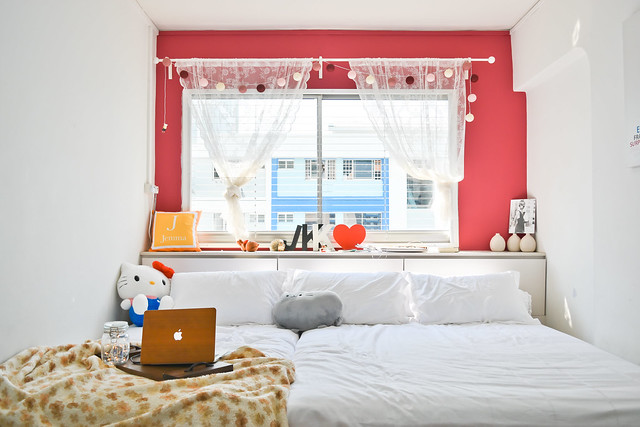 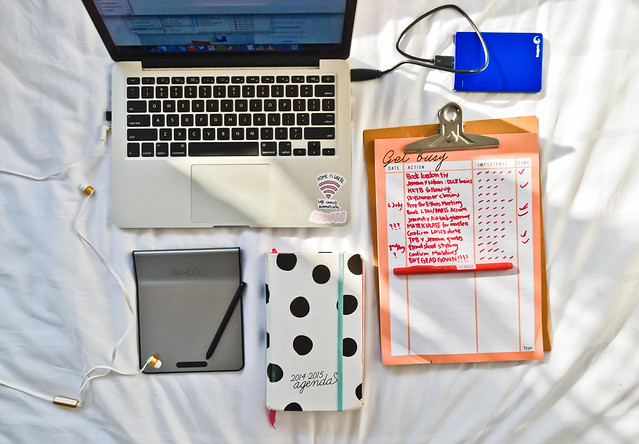 My room now consists mainly of three things – a huge bed taking up half the room, a make up dresser, and a wardrobe wall. I still can’t help taking work back to the room sometimes instead of getting it done in the study like I’m supposed to, but it’s so comfortable working off the bed it really doesn’t feel like an issue at all. 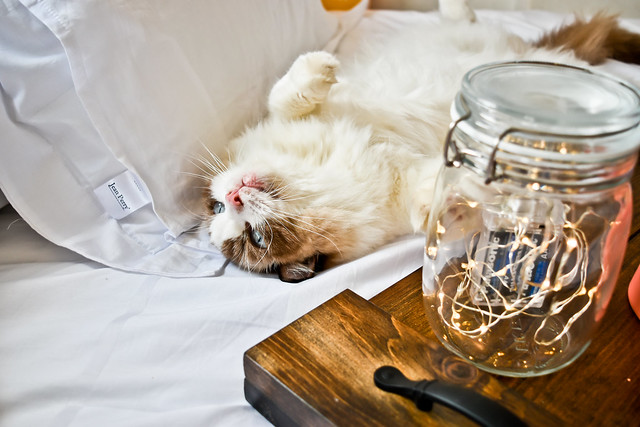 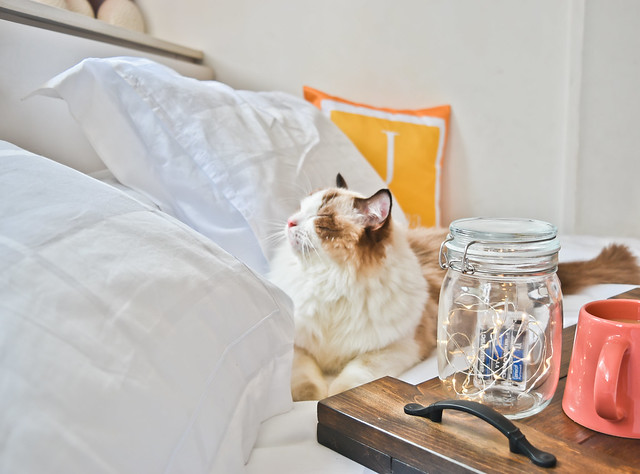 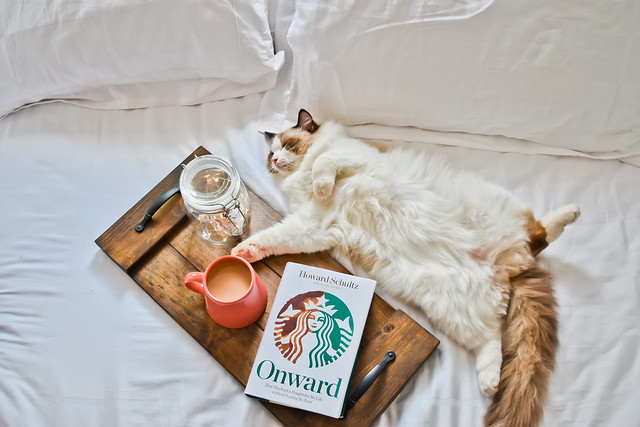 I’m also quite proud of my DIY fairy lights lamp. It being pretty is somewhat of a side effect – when you live with two sisters everyone sleeps at different timings and the main room lights always go off around midnight or earlier, so I get work done off my computer on the bed and navigate the room via the warm glow of my battery operated fairy lights in a mason jar. So simple. 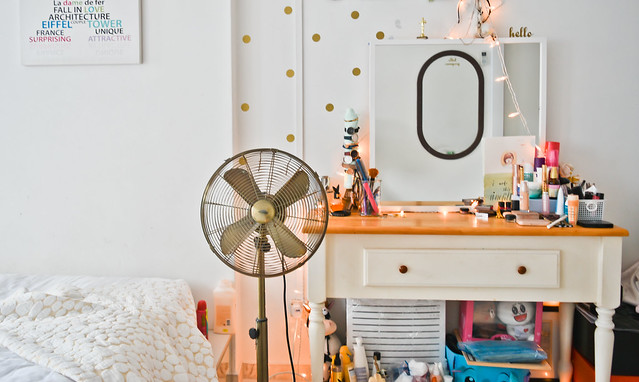 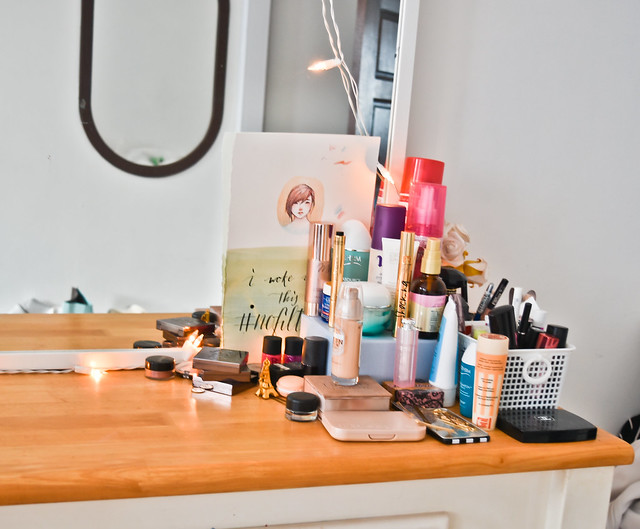 My make up dresser is normally also not this neat – I’ve been obsessively tidying because being stuck at home for two weeks is no joke. I keep turning my head this way and that, looking for new things to do. You can see a hint of the mess under the make up table, which is where we store our air purifier, skin moisturisers, creams, and other girly things we slap on at night.

If you’re a longtime reader, you’ll know that I’ve always been someone who obsesses over personalising every bit of her living space – I was very happy living in the creative chaos I called my room back in the university dorms. In between then and now, I lived with a German couple in their house for two months in 2014, and then in the Universitat Stuttgart’s dorm rooms, and spent a load of money decorating each temporal living space respectively.

Now that I’m back home more or less permanently, it’s been a slow build up, making small adjustments to the room in a bid to get to the Bedroom Ideal that’s been residing in my head for awhile. I worked up from the skeleton of the room and got most of my stuff off IKEA, Etsy (which i adore, for homemade/quirky items), and various miscellaneous shops, and I would say that I’m somewhat halfway there 😀 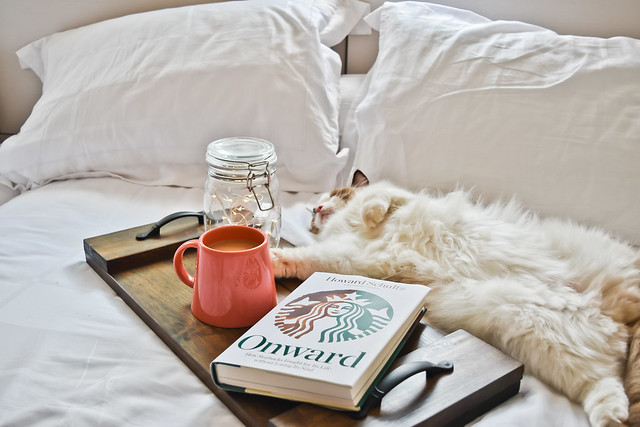 As you can tell, Athena has also taken to lounging around on in our room all day – and as everyone knows, if it’s cat approved, it’s approved all around, plain and simple.