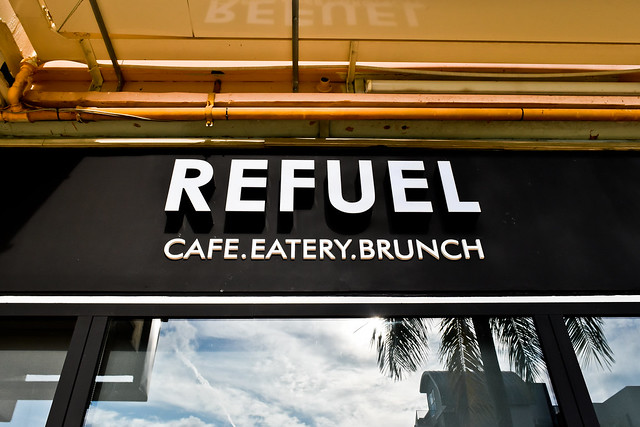 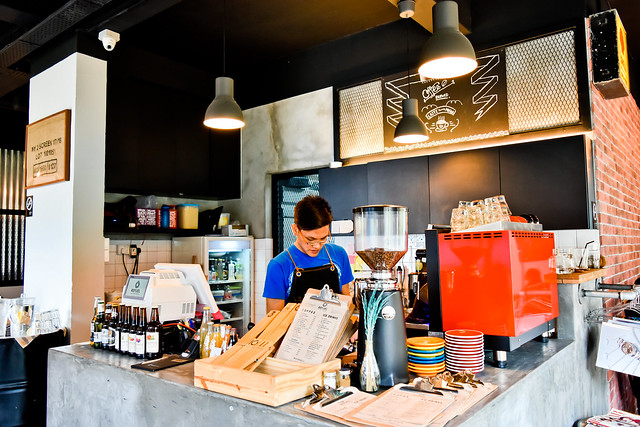 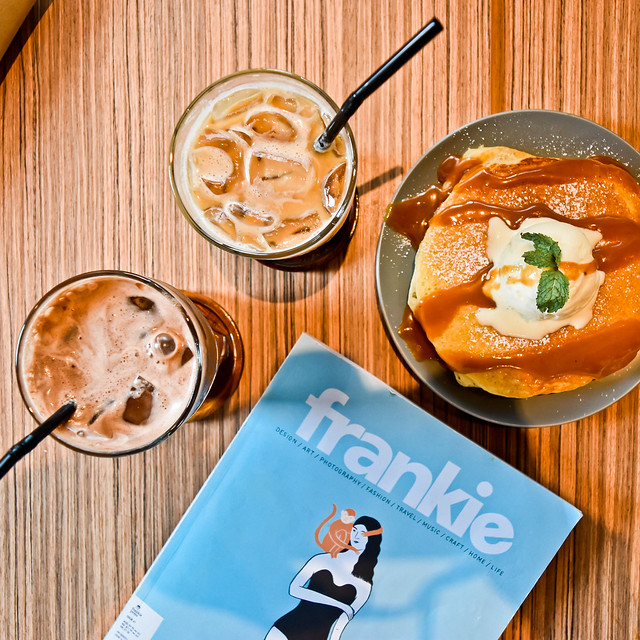 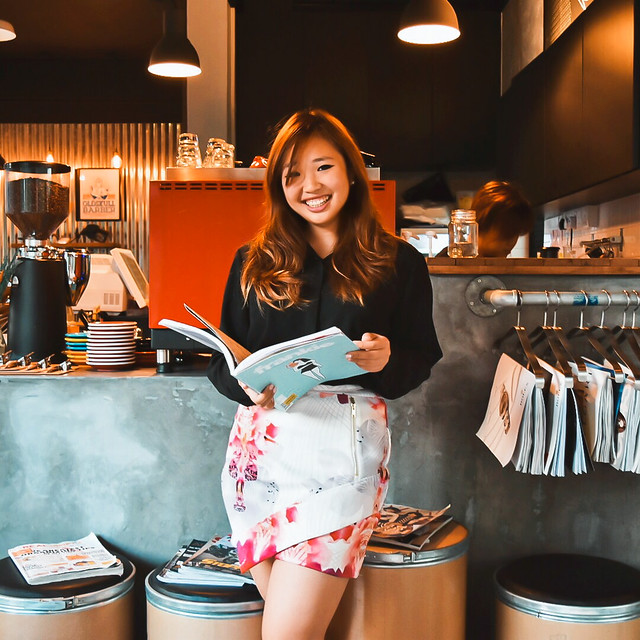 Finally, a decent east-side cafe for working in! Here’s how the story goes – one grumpy morning I woke up to the boyfriend at my door. Get dressed, he said suavely, We’re going for brunch.

As one would have it, his attempts at whisking me off my feet and into the car were foiled by the unhelpful closure of Percolate (Bedok) for renovations. But google said they’re Open Now, he insisted, as we stood sleepily outside the closed cafe. We both stared at the shuttered Percolate. It didn’t change the fact that there was no brunch to be had, google information accuracy be damned. Discomfited, the boyfriend pulled up a search on his phone for the nearest cafe and that’s essentially the long and short of how we ended up at Refuel Cafe sometime last month. 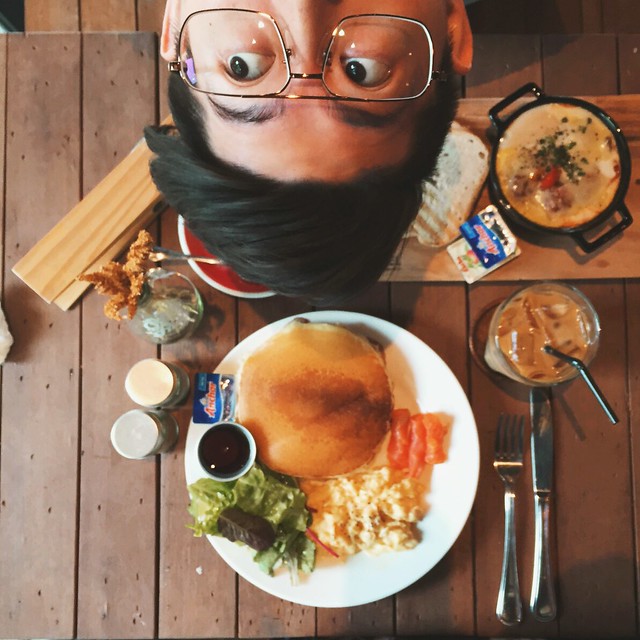 Since then, we returned to Refuel twice – that’s how much we liked it. As with most cafes, the coffee was significantly better hot: I made the mistake of having my lattes and chocolate drinks iced both times, and regretted it, so don’t make the same mistake i did.

Refuel is known for it’s Salted Caramel Pancakes, which we tried the second time we were there: 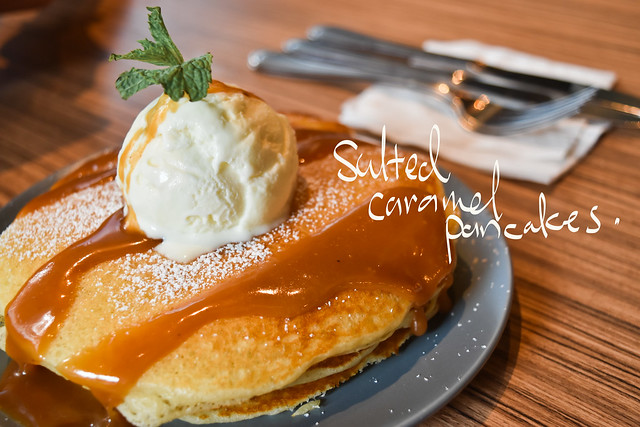 And it was wondrous, but not life changing. The general feel being that there wasnt enough ice cream to go around, which is something I’ve never understood with short stacks – shouldn’t there be one scoop of ice cream per pancake? Ah well. One can dream. The first half of the plate was delicious though, warm and fluffy and salty like taffeta. 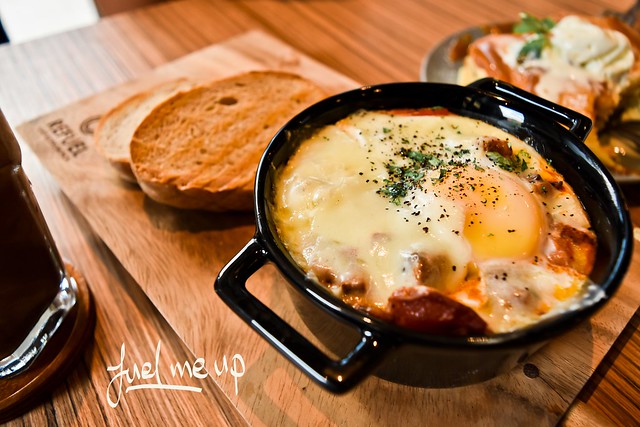 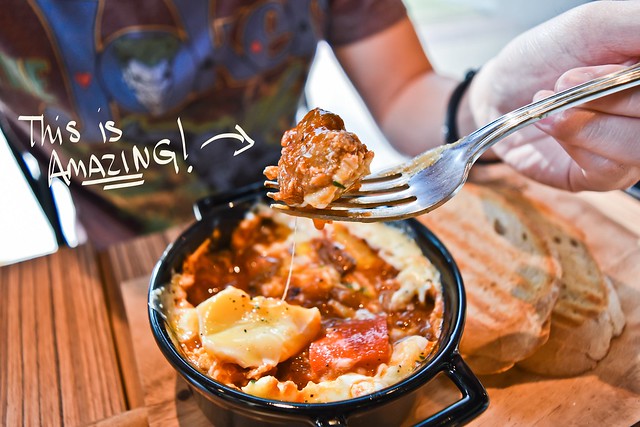 The game changer, though, was this hotplate of confusion that they call the Fuel me up. Disclaimer: to be fair, I am much more of a savoury over sweet person. I have no idea what this type of dish is called (just a pot of food?), but it was tomato based with meatballs, mushrooms, cheese, and baked with eggs. It was incredible. We had it both times we were there, and it was just as good the second time – which, yknw, shows consistency. Recommended: yes.

Will be back for more of that Fuel me up thingy sometime, preferably sooner than later! x