#1908| Mocha Mondays: The Most Beautiful Starbucks in Singapore 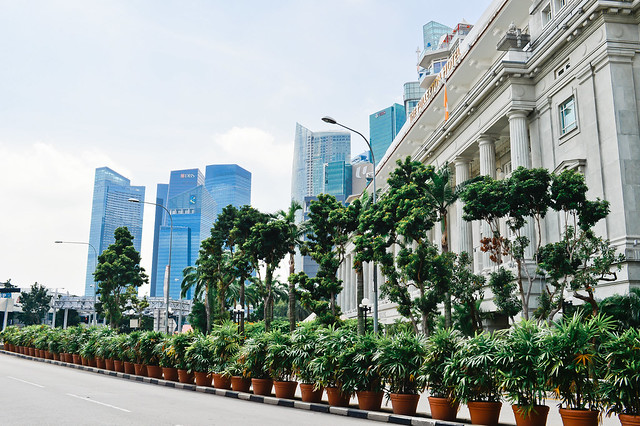 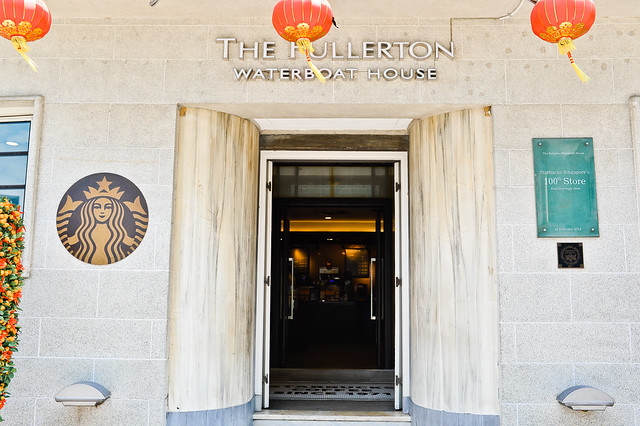 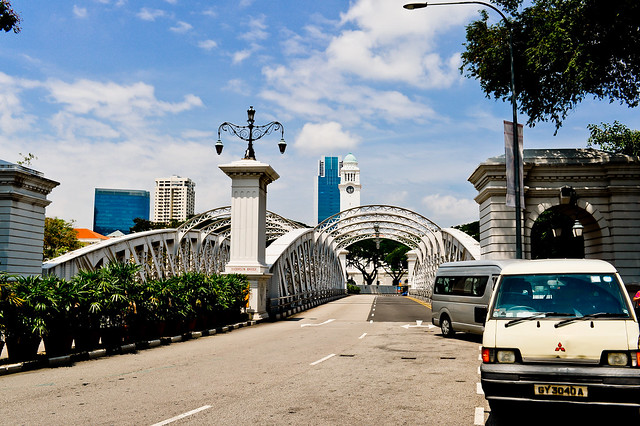 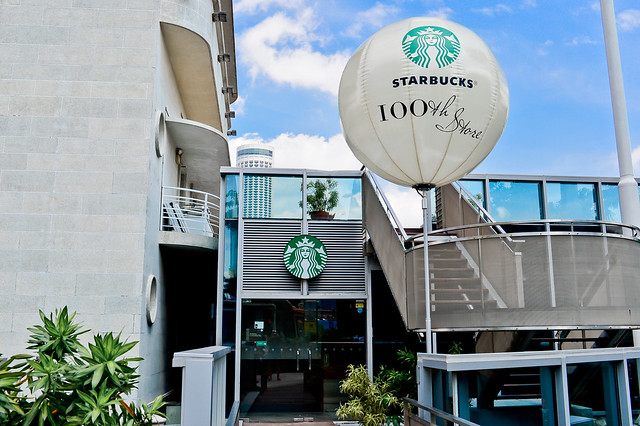 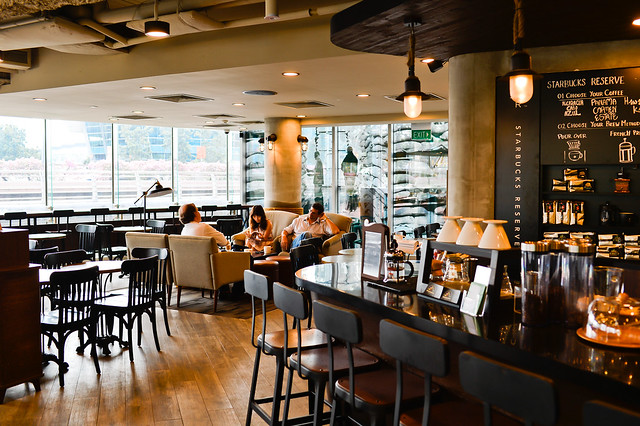 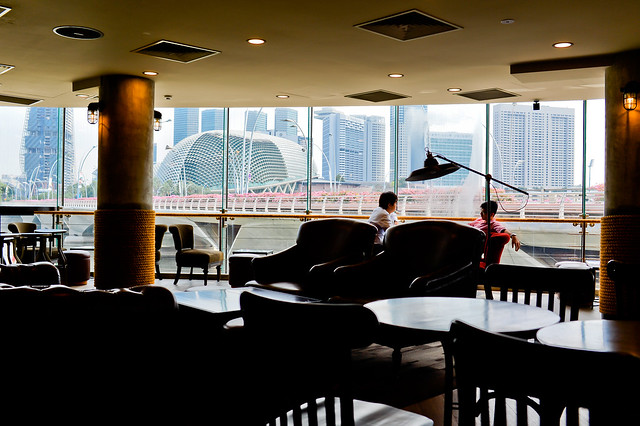 All photos taken on the Nikon Df, on a 35mm lens

So, if some of you remember, I wrote a post awhile back detailing an Open Letter to Starbucks: The Best Marketing Plan everon how they should change all their grande drinks to Arianas for a day. It was honestly, just for laughs, but sometime last week the Starbucks Team actually emailed me going We have taken note of your suggestion to change all our drinks to Arianas for a day… it’s tough, but we’ll keep it in mind.

I won’t lie, I laughed out loud at my computer. You guys are cool, Starbucks.

In any case, they invited me down for brunch to discuss their plans for Ariana world domination connect and hang out, and that’s how I found myself at the most beautiful Starbucks outlet in Singapore yet one morning in January. 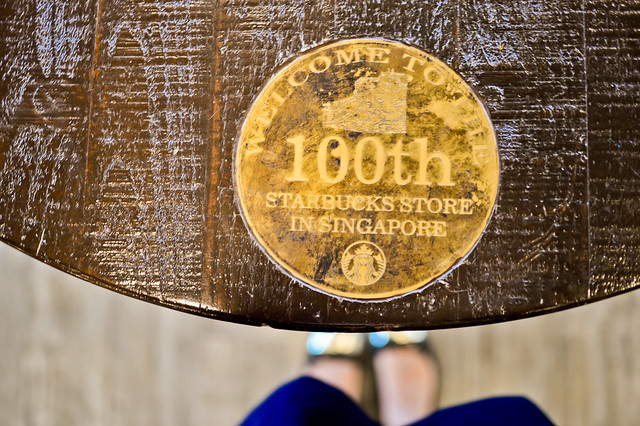 Starbucks on Fullerton Waterboat House is the 100th Starbucks outlet opened in Singapore, which is why it’s so damn beautiful. The place is just off the river on the CBD and was opened on Valentine’s last year, because all the love puns in the world that’s why. For some reason, nobody knows about it except tourists and the people who actually work there. I was really half-half on introducing it to my Mocha Monday feature because I don’t want my new secret spot to get all crowded, but .. sharing.. is.. caring.. 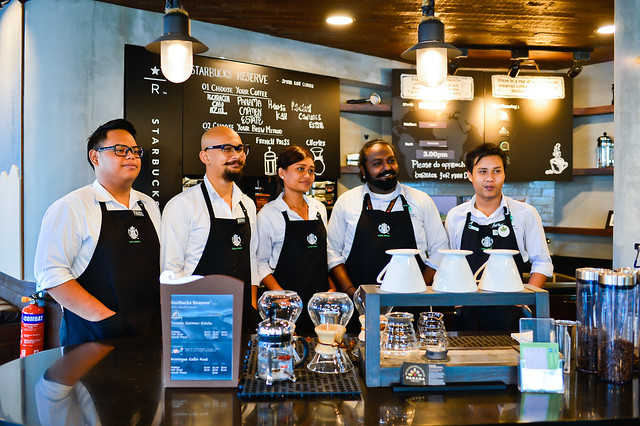 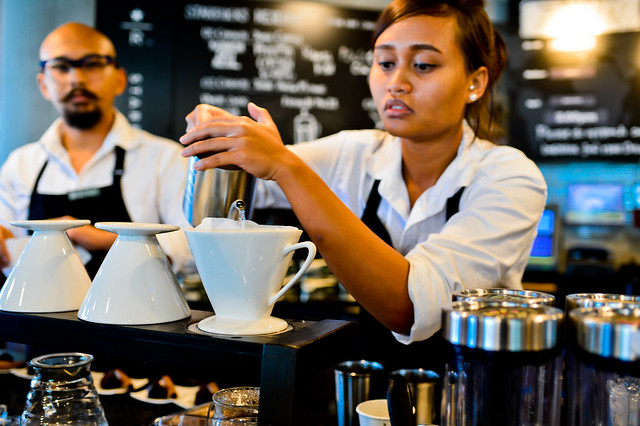 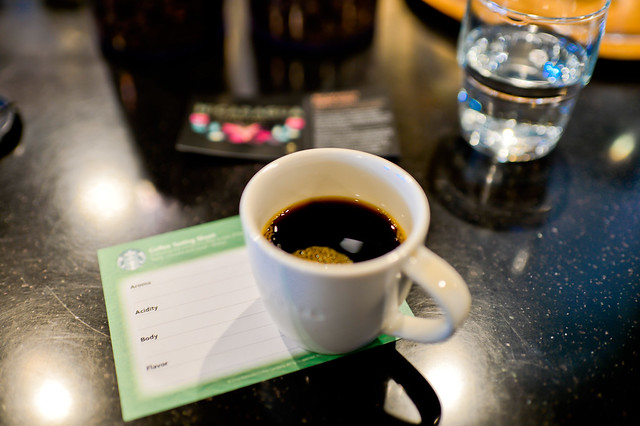 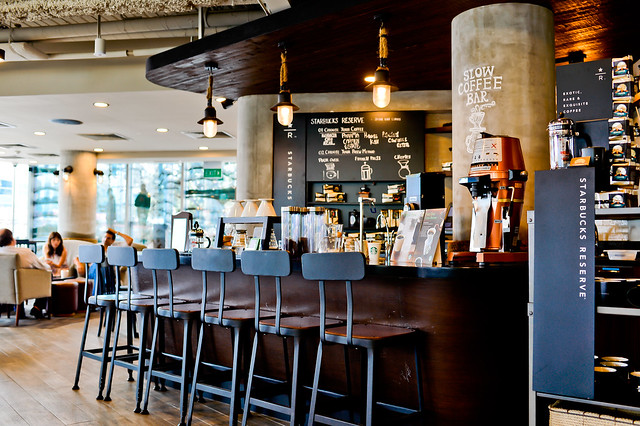 It’s also one of the two Starbucks outlets in Singapore to have a Slow Coffee Bar, where twice a day, a master barista comes down and does a coffee brew demonstration with free tasting sessions for what is basically atas coffee. The other outlet is in Sentosa.

I actually hung around to try out their coffee tasting session – and they taught us things like how to pair your coffee with different types of food and how to tell what is good coffee and what isn’t. It took about fifteen to twenty minutes and it was a cute sort of break from writing my thesis all afternoon, heh. 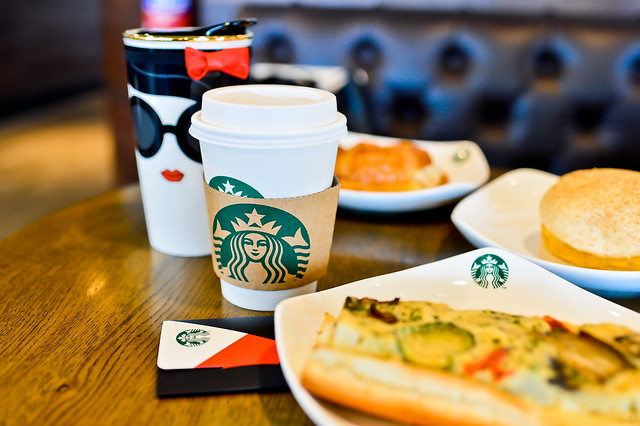 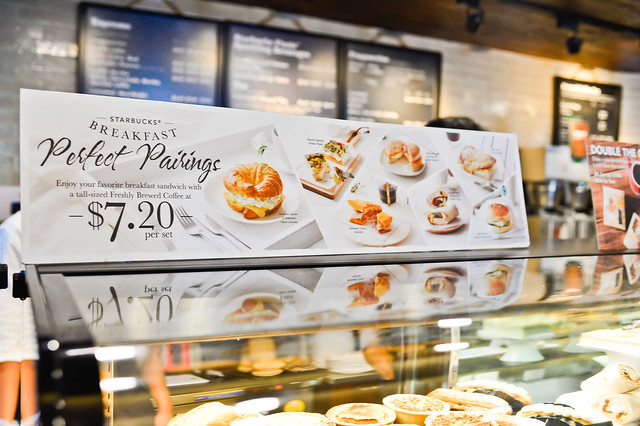 NOTE: It’s $6.90 in most other Starbucks outlets

But I’m getting ahead of myself. Back to the early morning – I was down to try their new brunch pairings – I’ve always had the Starbucks value brunches ever since I can remember, ridiculously early mornings at the Airport Starbucks outlet eating a hard boiled egg, fruit, and downing black coffee for six ninety, and it’s a nice surprise to know that they’ve just introduced their new value brunches. Everything is still going for six ninety for a set at most outlets except tourist hotspots like Fullerton/RWS where they go for $7.20, breakfast and a freshly brewed coffee (2 calories, no sugar!), with add ons available for upgrading to your favourite latte. The new breakfast menu consists things like healthier sandwiches (wholegrain), wraps, paninis and so on, but what I absolutely adored was this: 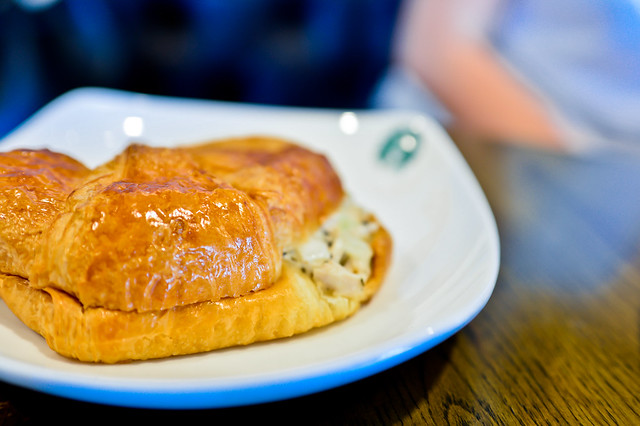 The best croissant in the world

It doesn’t look like much in the photo, but what it is is the Rosemary Chicken and Emmental Cheese Croissant. It’s incredible. It’s light and fluffy and tasteful and probably not nearly as healthy as the other options, but it’s delicious. It apparently also is the first thing to sell out every day, so YOU KNOW I’M RIGHT WHEN I SAY IT’S THE BEST. 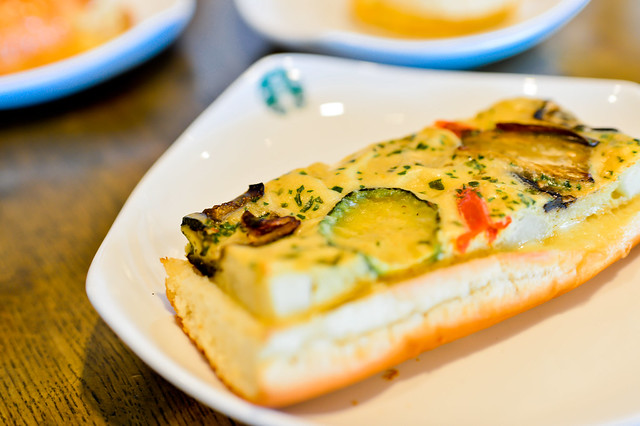 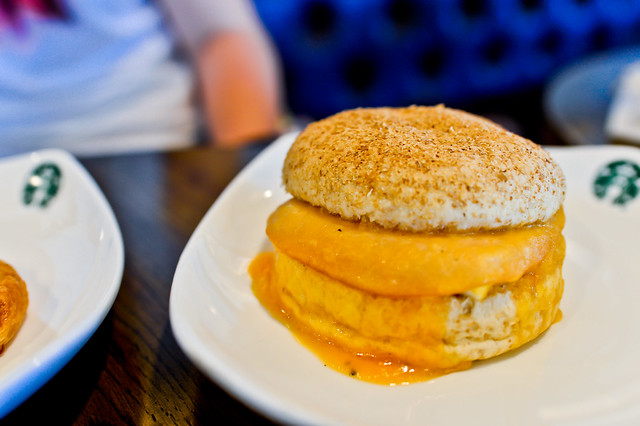 Other things I tried include the signature Turkey Ham, Egg White and Cheddar Sandwich, and the Roasted Vegetable Frittata Panini, which were both good in their own right but not as good as the Rosemary Chicken Croissant, although healthier. Maybe because.

In any case, when I started posting pictures of my brunch, the thing that got the most attention was this: 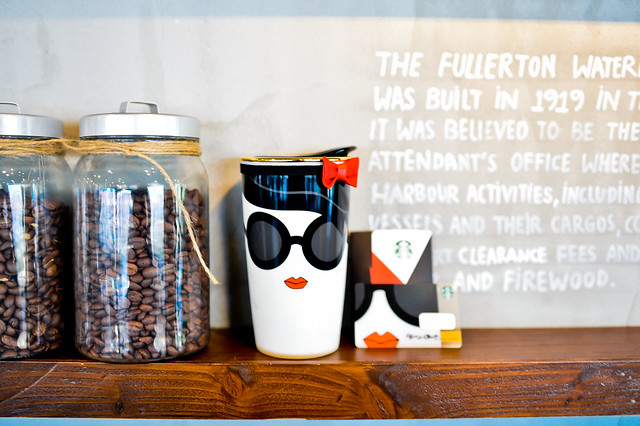 If you’ve been following me on Instagram you’ll already know that I was also introduced to the Alice & Olivia by Stacey Bendet for Starbucks collection during our brunch, and that I’ve also gotten my very own Staceface Mug and Starbucks Card. The collection (mug, card, tote) went on sale at Starbucks ION on the 31st of January, and because there are only 88 sets available there’s no doubt they’re all sold out now. HOWEVER, I do believe that the limited edition A&O staceface starbucks card is still being sold at some outlets, and it also entitles you to ten percent off all purchases at Alice & Olivia ION. Some of the outlets selling the card include The Cathay, Liat Towers, Wisma, Paragon, and so on. 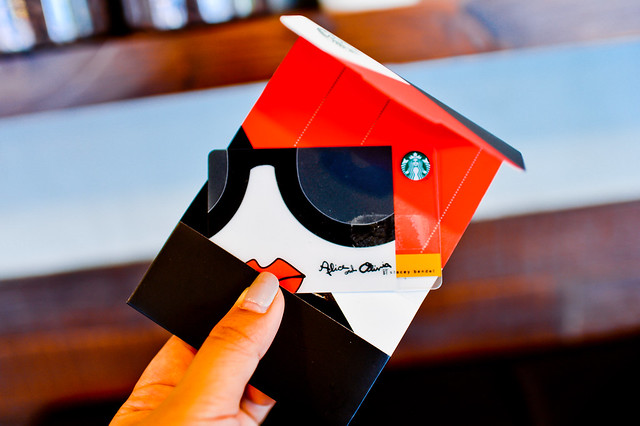 Back to the basics of Mocha Monday – the workability of the place. 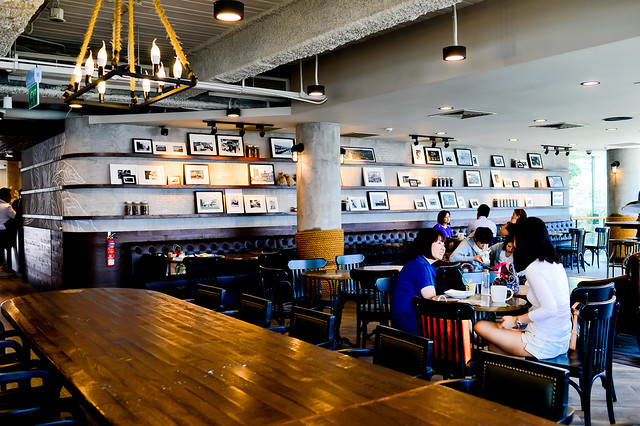 I’m delighted to announce that exactly nobody knows about this place save for the occasional Japanese tourist. I was there all afternoon working on my thesis, and the place never got more than half full at any point in time. The wifi was decent – definitely stronger than the wifi signal at Starbucks Tampines which I also frequent – and there are a decent number of powerpoints, about ten, the last I counted. 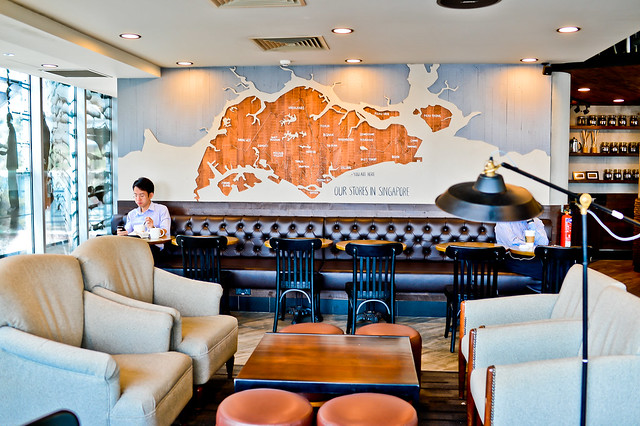 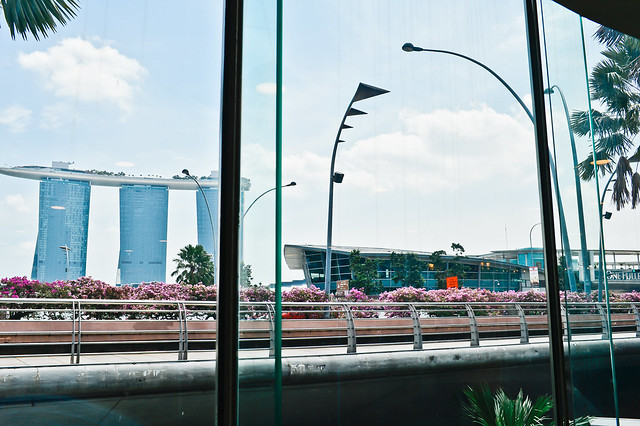 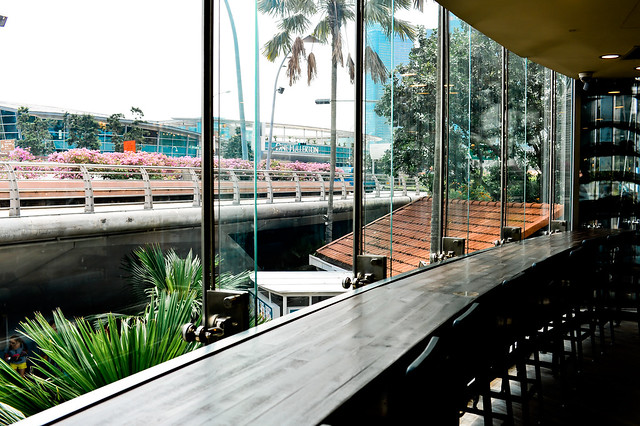 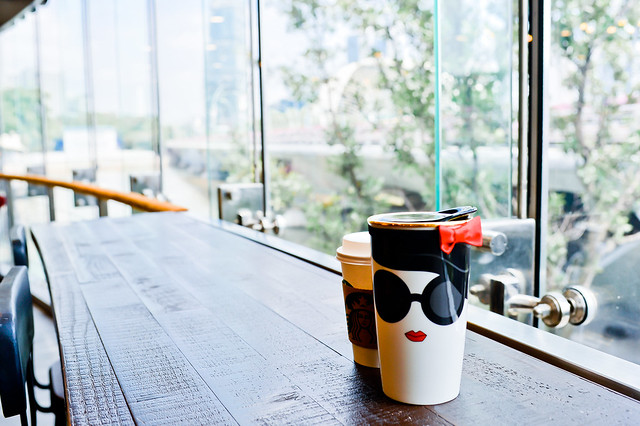 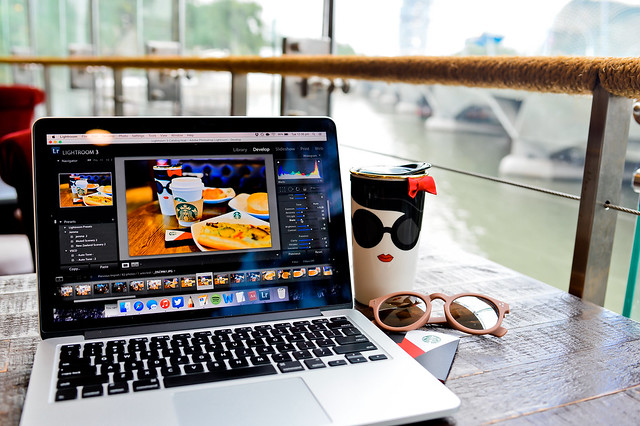 The baristas are generally friendly and have fantastic music taste, the playlist in-store never got tiring. And of course, it helps that the view is so gorgeous – imagine typing away and doing readings on the waterfront to a lazy Italian tenor voice, while the tourists stroll by casually outside, snapping pictures by the river and bougainvillea. Yes? Yes.

Would I be back? Probably. Its only fault is that it is pretty difficult to get to unless you take an uber (I did, and you can use my code jeq1l for ten bucks off your first ride, see what I did there, a spot of promotion). It’s opposite where Butterfactory used to be before it closed down, it’s a slight walk down from the Esplanade, Cityhall, and so on. Which is okay, really, except Singapore’s heat can be quite brutal, especially if you’re lugging a bunch of notes and a laptop along. On the other hand, it’s pretty worth it, if only to be able to work to the backdrop of waves and the occasional private boat sailing past.

Thank you for having me, Starbucks! 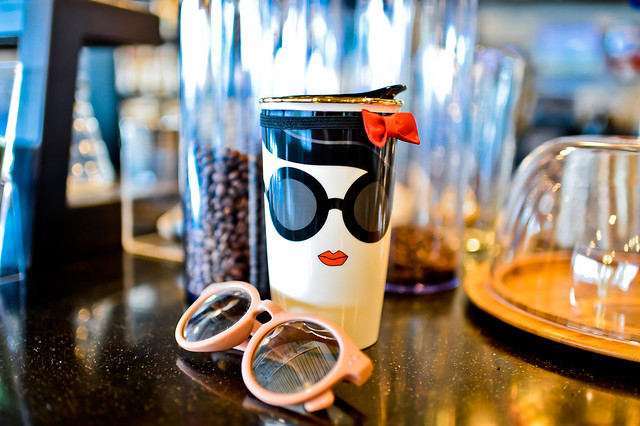 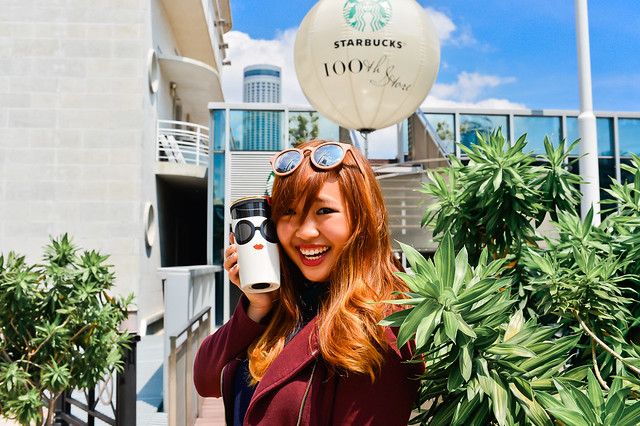