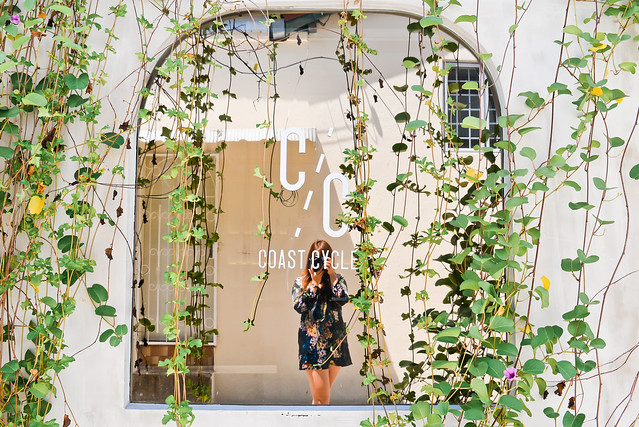 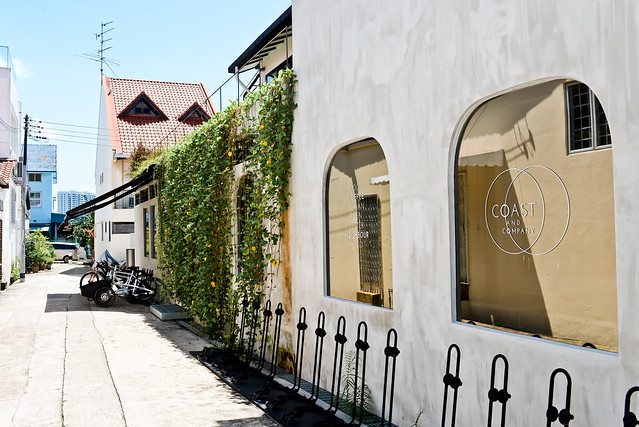 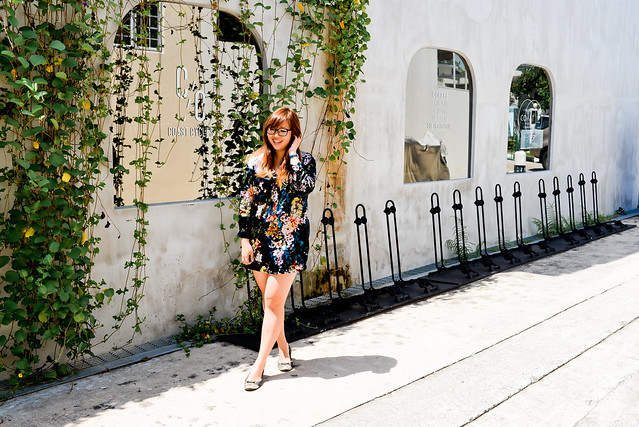 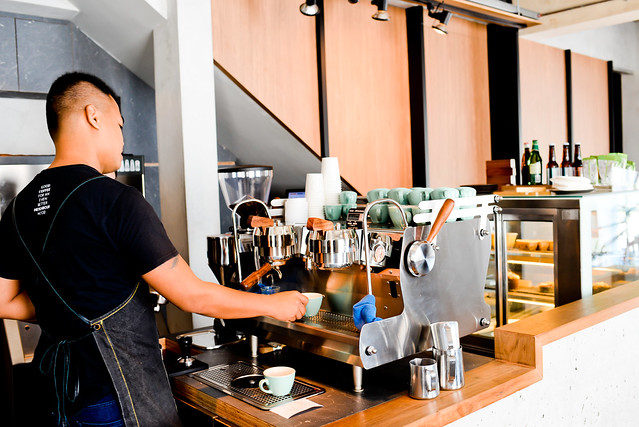 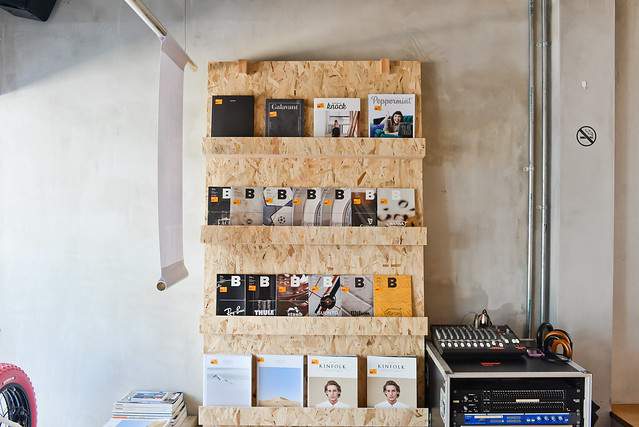 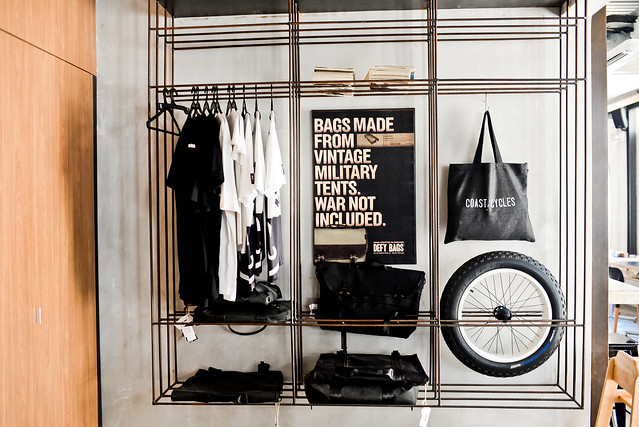 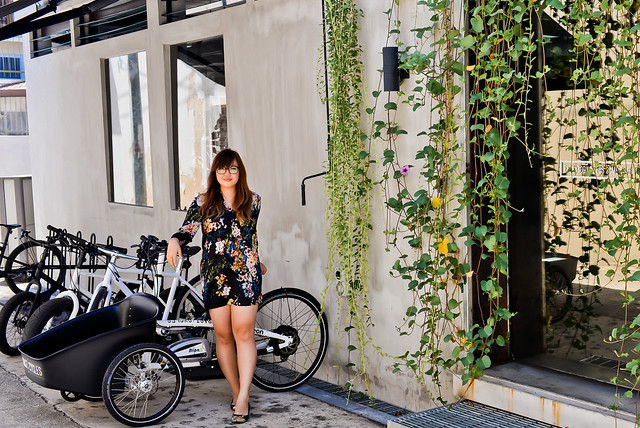 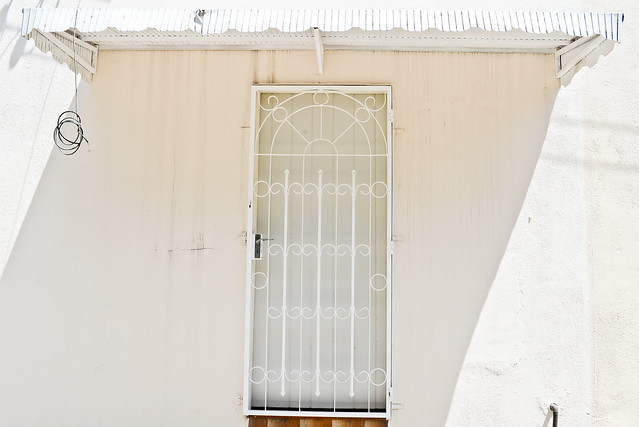 Happy Mocha Monday, you guys! Today we head to Coast and Company, which is in itself as confusing as google’s directions for getting there – is it a bike shop or cafe? Are we there to coast or.. for the company? Did they mean Toast and Company? All your burning questions answered and more..

Right, so. Away with the gameshow host voice.

I was surprised the minute i walked in – I’ve had friends tell me they tried and tried and got turned away multiple times because C&C is just that popular, you really can’t get a seat there. 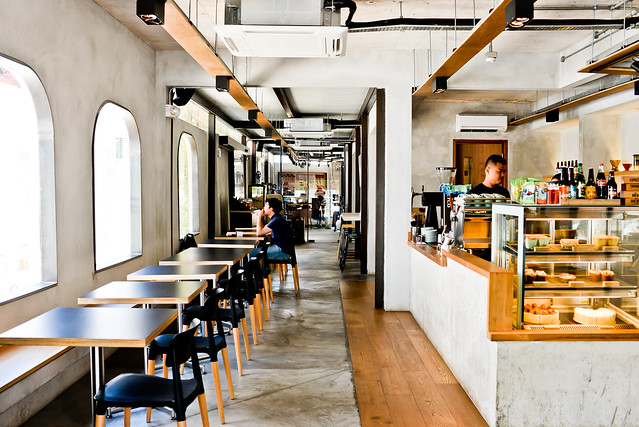 Lucky me, I guess? I walked out a couple of times to ascertain that I had the right place, and then the barista explained it to me: weekdays are just kinda slow. Oh, okay. I get it though, it’s incredibly difficult to get to unless you drive (we did) or cab (I would have). The kind of place that you save for the weekends. For the time being, that just meant lots of empty space and our conversations resonating throughout the empty cafe. The barista is in all likelihood way too acquainted with the noise of my chewing now, but there are worse situations to be in I guess.

The food was good – minimalistic sort of one-page menu, which seems to be the hip thing to do these days. I had the Smoked Salmon Thingy Toast, which was great because salmon always is, and Shane had this beef rendang thing on toast. You know I’m not cut out to be a food blogger because I don’t even remember the names of the dishes and they’re all something ingredient something vague thingy. I do, however, take brilliant photos. 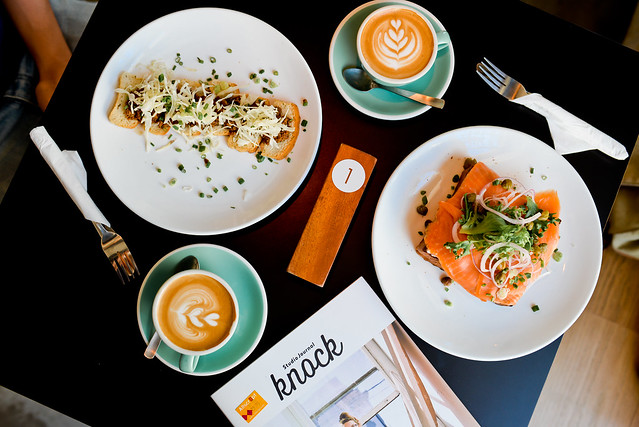 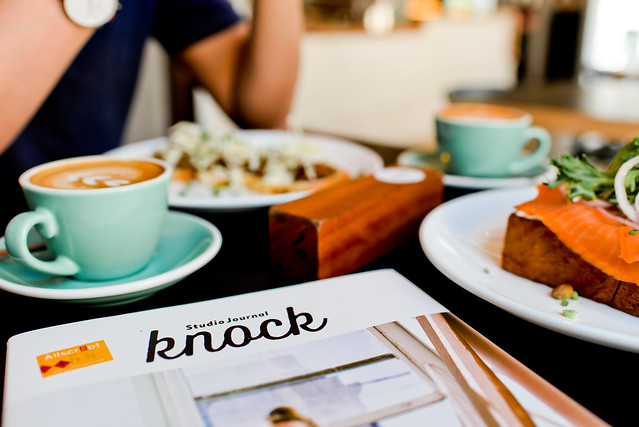 I’m not saying it to be annoying, I’m saying it because any photo taken with the Nikon D610 turns out gorgeous. I would know. These were taken on the Nikon D610, with the 35f/1.8 lens. And aren’t they? Gorgeous, I mean. 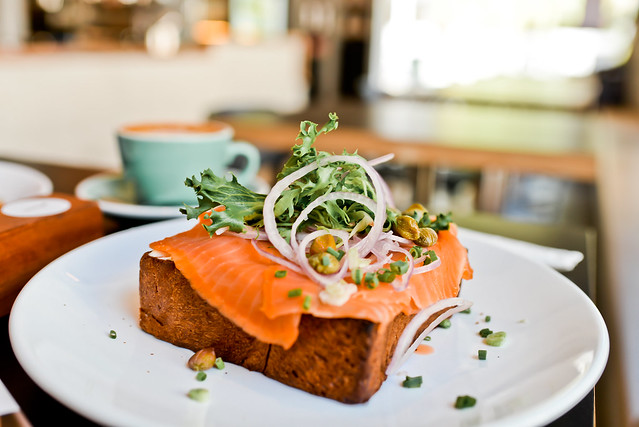 To be completely honest, smoked salmon is always a bit of a cheat dish for me – it already has the added advantage of my complete bias and devotion to salmon, and it’s kind of easy to prepare. You just take it out of the packaging and slap it on some toast. Still, not all salmon are created equal. The one here was slightly fishy, I felt, and had a bit of an .. aftertaste. When I was actually having it, however, I was in heaven. 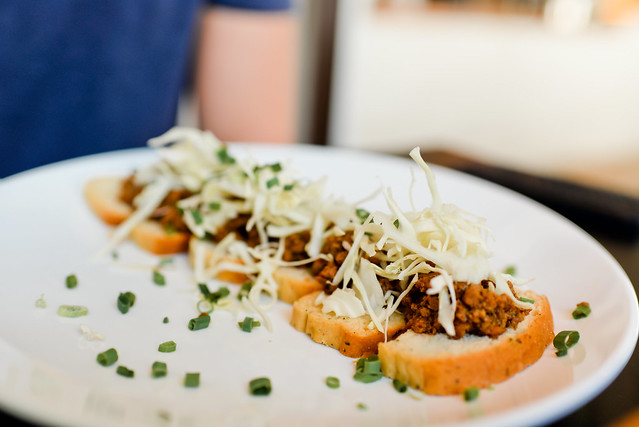 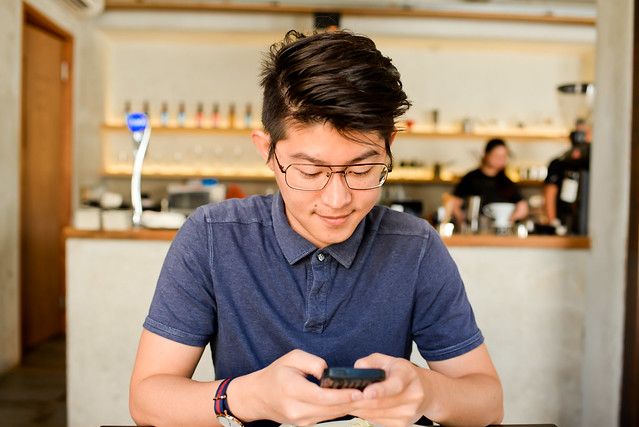 Shane’s dish was probably the better of the two, culinary skill and innovation-wise. I have no idea what it is exactly, but I’m pretty sure it’s an adaptation of a local dish, and it was just so tasty.

It was, unfortunately, over too soon. The serving size felt more like a shared appetiser than an actual main course, but I suppose that’s quality food for you? I don’t know.

The coffee, on the other hand, was hands down delightful. I’ve heard so much about their coffee and it didn’t disappoint. We have already established that I’m a coffee pretender so I can’t wax lyrical about the notes.. or aroma.. or the ethical production of beans in Ethiopia… but it was pretty darn good coffee. 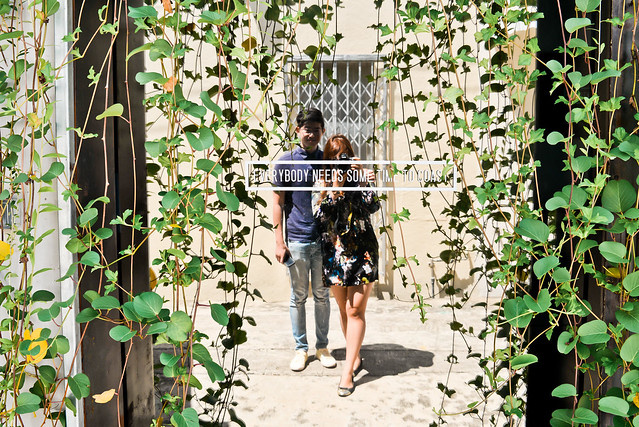 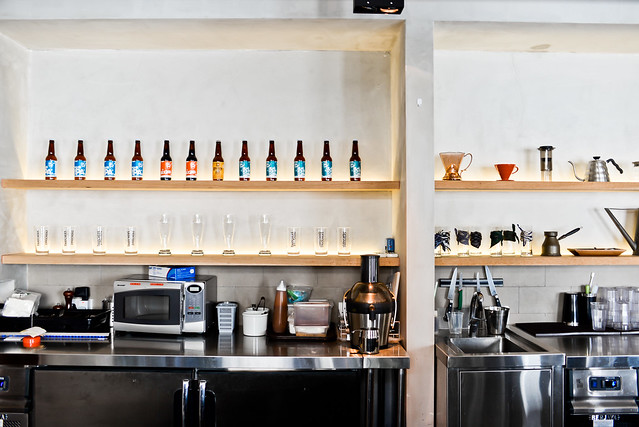 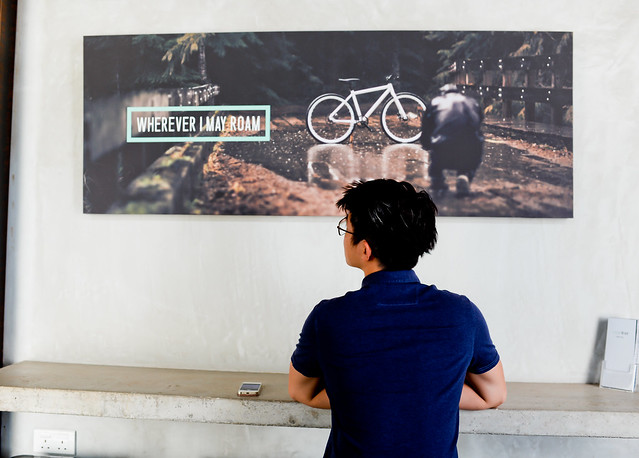 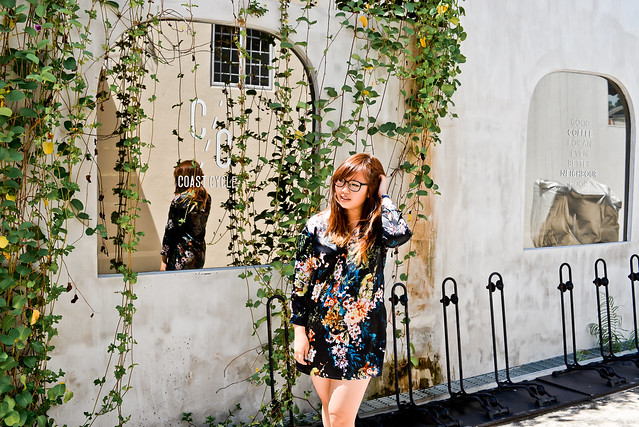 And of course, the place itself is pretty, all wood, white, and expensive hipster magazines printed on 200GSM paper. In other news, perfect for envy inducing instagram posts.

Because this series is supposed to actually evaluate the workability of cafes over just pretty places, I asked them if they allowed people to do work in their cafe, with their laptops and notes and basically whatever. The answer is yes – but just over weekdays, since that’s when business is slow. Weekend work here is pretty impossible. Fair enough.

If you’re here over the weekend and can’t get a seat, Dutch Colony Coffee Co is just down the corner on Frankel Avenue, so there’s that at least. 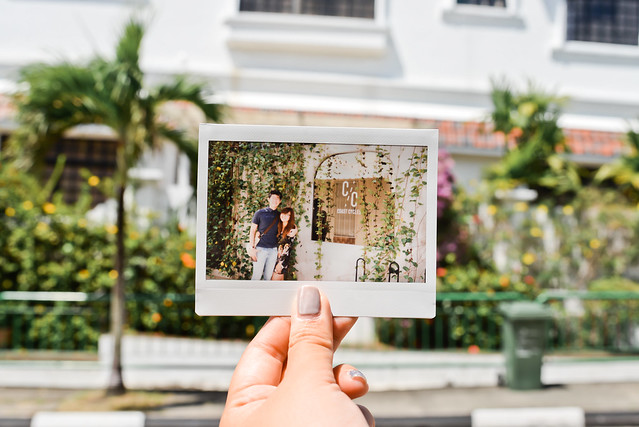 PS. New Fiction Piece up on the Book Blog.

A LIST OF LIVES THAT NEVER MADE IT TO FICTION.

IV.
A pop star is moderately successful. He doesn’t do drugs, drinks in moderation, and has been in a steady relationship for three years. He’s not even gay or anything.