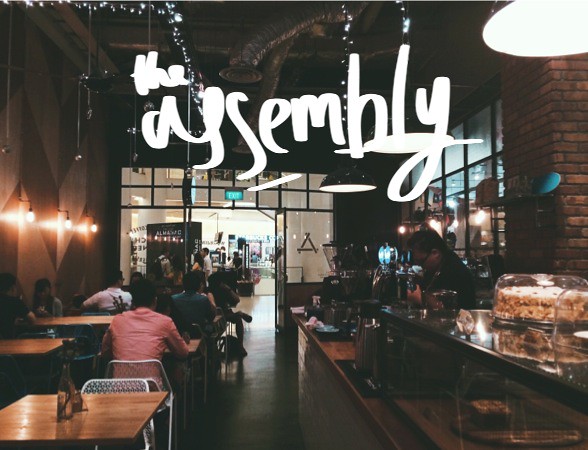 Is anyone else here a coffee pretender? I feel like that’s me – I know what’s bad coffee when I taste it, I just don’t know what fantastic coffee is. Fantastic coffee to me is an acquired taste, just like wine or cheese, and while I’m content to just drink coffee that tastes relatively warm and homely, I can’t help but nod along and pretend to know what people are talking about when they start going on about grounds and body. I mean, this is a hot beverage, not Jessica Alba, you know?

Anyway, if you’ve read my best travel apps post, you already know that one of my favourite user based apps is Foursquare, despite it’s annoying new user interface. Whenever I’m out and about, I tend to pull out the phone and foursquare the best cafe near me – and I ended up sometime last week at The Assembly Ground.

They’re known for their lattes, which are touted as smooth, fantastic, and best in the area. Unfortunately, most of these reviews fail to mention that the aforementioned area contains just Starbucks down the road. And even I know better than to claim Starbucks as anything more than the sell-out of Coffeedom.

Give me your best coffee, I told the barista, and they delivered a double shot skinny latte to my table along with an earl grey lavender cake (their recommendation). 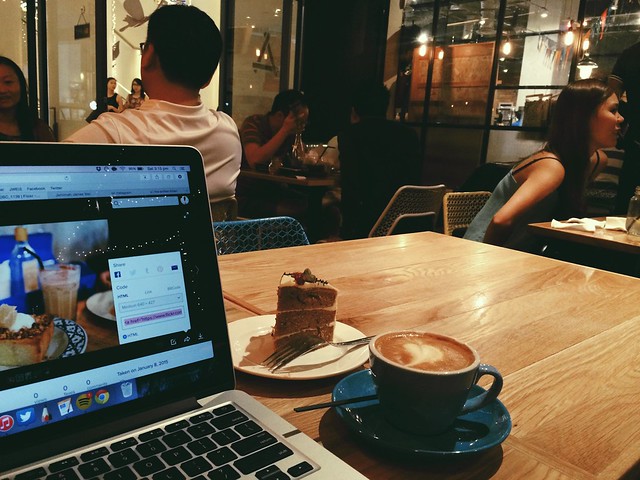 Now, I kind of know what good coffee technically constitutes. It should be strong, smooth, and sans a sour sort of aftertaste. Coffee purists will tell you that coffee should be bitter (something that seems to have come to signify a synonym for strong) and aromatic, but ironically bitter, like, you know, bitter on purpose. It should be untainted by the commercial nonsense that is creamer and sugar.

My latte was very technically good, but it didn’t change the fact that I was cringing at how strong it was. I know what this is – it’s the kind of coffee people rave about but that the common man can’t understand. It’s like me, pretending to like high fashion. Dahling, isn’t the designer’s latest collection just so.. visionary? I don’t know, it looks kind of uncomfortable and also, is that a size negative six? That was me, and my latte.

I don’t mean to slight the skill of the baristas there, I’m sure they’re very good, and that a certain class of people and also hipsters will adore the drinks here in a cult like fashion. It just isn’t for me. 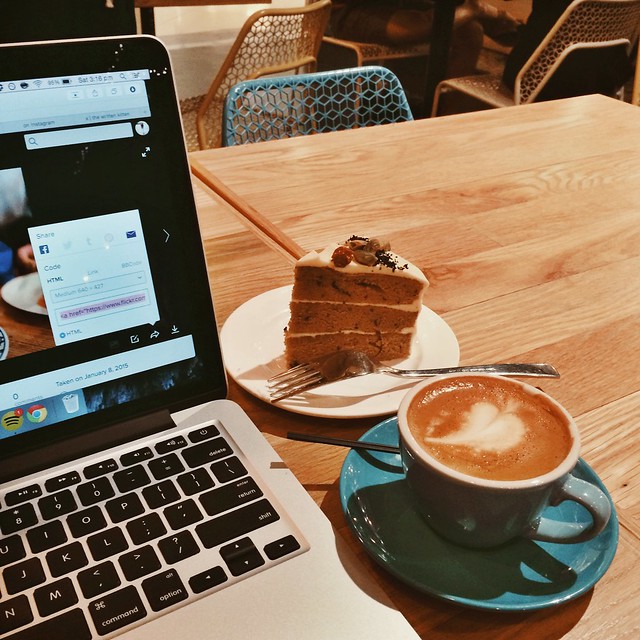 The earl grey lavender cake, on the other hand, was delightful. Go ahead, roll your eyes. I have taken to classifying EGL cake under common hipster foods, much like pumpkin spiced whatevers and soy chai lattes. Very achievable levels of irony. A certain image afforded you at the low, low price of five ninety nine. Still, I really do enjoy EGL cake. I’ve said this before, but Wonderland down at Haji lane does a lovely one. And the one by The Assembly Ground is soft, light, and very flavourful.

In any case, I was here to get work done, and work I did. The place is spacious enough that you can plant yourself there for long hours without getting chased out, there’s free wifi, and a lone powerpoint hiding somewhere behind a couch. I googled for it and there are apparently 64 seats – and 1 in 64 is a lot better of a chance than the standard 1 in 20 that most other cafes offer at getting a place. The interior is sexy, muted, and very industrial chic, with brick walls and fairy lights, but it’s also dark, which means it’s better if you’re doing work on a laptop. I wouldn’t recommend coming here with a notepad and stacks of lecture notes to sift through. You need better lighting for that. (I’m looking at you, A level kids.) 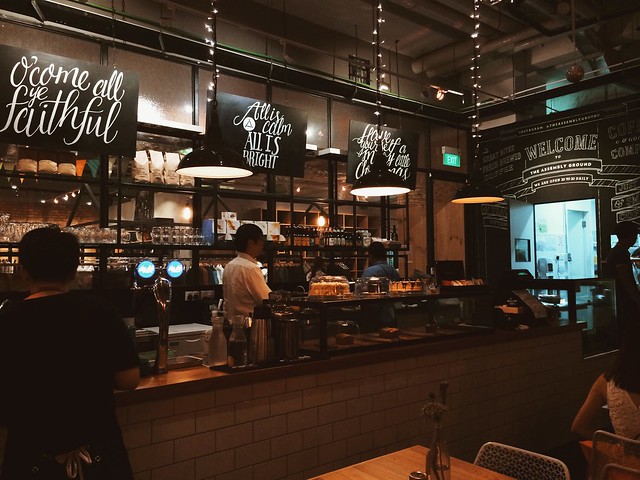 At the end of the day, this post is ultimately a roundabout way of announcing very excitedly that I FINALLY got fed up and bought a new macbook, after my old pro crashed on me. It’s been incredibly slow for ages, due to the photo editing I run on it and also I suspect my lack of space management skills, and then one day in New Zealand the whole thing blacked out. It was all very dramatic. Ie. I lost my shit. I finally managed to youtube a solution and unscrew the back of the macbook, rewire that shit, and get it revived all away from civilisation in the mountains, but that was it. I wasn’t going to risk having it crash on me in crucial moments again, and besides, I was kind of tired of lugging it around. I mean, that shit is heavy.

Manually unscrewing the motherboard and hardwiring the whole thing to life is going right up there on my list of CITYGIRL INDEPENDENT MOMENTS, along with my Showering in a Sink experience. Next up I’m probably going to learn to change a tyre, or something.

Anyway! I took advantage of the tail end of my status as a university student, and bought a macbook pro retina on the Apple Education Store. That’s 10% off the total bill to you, sir. It was delivered in three days and now working on it is a dream. It’s so light compared to my old pro, and the battery life is incredible. I’ve taken to just bringing it around even when I don’t actually need it, just so I have an excuse to talk about it. Oh this? Ha ha ha just my new macbook retina. Yes, I got a retina. Do you want to see my retina? No, not the eyeball. Did i mention? I got a new retina. I expect for the excitement to wear off and for me to get less annoying about it in approximately a year.

Right, that was a timely digression. Back to the body of the post. Here’s to the first Mocha Monday of 2015, everybody.

I can read relatively fast, a book a day, 11 words per second, they had me tested as a kid. But some books make you want to slow right down and savour each page as though it were your lover instead of tearing through it like a whore, and those are the ones that really stick with me. The Sandman series was one of these.