#1898| An Open Letter to Starbucks: The Best Marketing Plan Ever 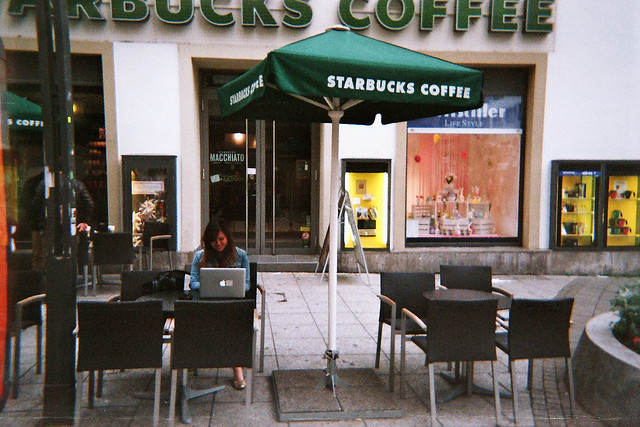 I am honestly surprised no one has proposed this sooner. It first came up when I was discussing pop culture with the boyfriend, and then again when a girlfriend and I were tearing through OK! Magazine complaining about how bratty teen stars can be these days. I don’t see much point in beating about the bush so here it is; my brilliant marketing plan:

Starbucks should change all their signs to reflect Arianas instead of Grandes for a day.

It could be part of a Christmas cheer prank or an April fool’s joke. All the signs and flyers would magically reflect Arianas instead of Grandes. A top secret memo would be passed down to all Starbucks employees to, just for that one day, ask their customers if they wanted their Java Chip Frappocino in Tall, Ariana, or Venti.

It would be AMAZING. Sales would SHOOT through the roof that day, because #FOMO – even people who don’t actually like Ariana Grande would order a drink just so they could lay claim to being part of the century’s biggest corporate multinational prank. Thrilled teenagers would tweet and instagram their Arianas all over the world, spreading the news faster than that virus it’s still too soon to joke about. Situations like these would occur:

Teenager: “Could I have a non-fat extra shot Ariana to go please.”
Barista: “Dahling, all our Arianas are non-fat.”

Every hormone riddled guy in the world: “Could I get a vanilla Ariana with hee hee hee whipped cream on top?”
Barista: “You’re the fifty third person to crack that joke today.”

It would be comedy gold.

The best part is, Ariana wouldn’t actually be able to sue Starbucks, because it would obviously be a universally adored campaign and she wouldn’t want to be seen as the Grinch who stole Christmas now, would she? Actually, don’t answer that. I don’t know what the new gen celebs get pissy over these days.

Dear Starbucks, if you actually pick up my idea and implement this campaign, please also pay off my student loans with the incredible profits that would inevitably come with exploiting rich celebrities for economic gain. And also hire me as a consultant regarding future marketing campaigns so we can high five over not-so-inside jokes like this.

/EDIT: OK GUYS I GET IT STOP EMAILING ME THAT BUZZFEED LINK OF SOMEONE WHO ACTUALLY TRIED TO ORDER THE ARIANA AND START EMAILING HER TO ASK FOR MY ROYALTIES THX