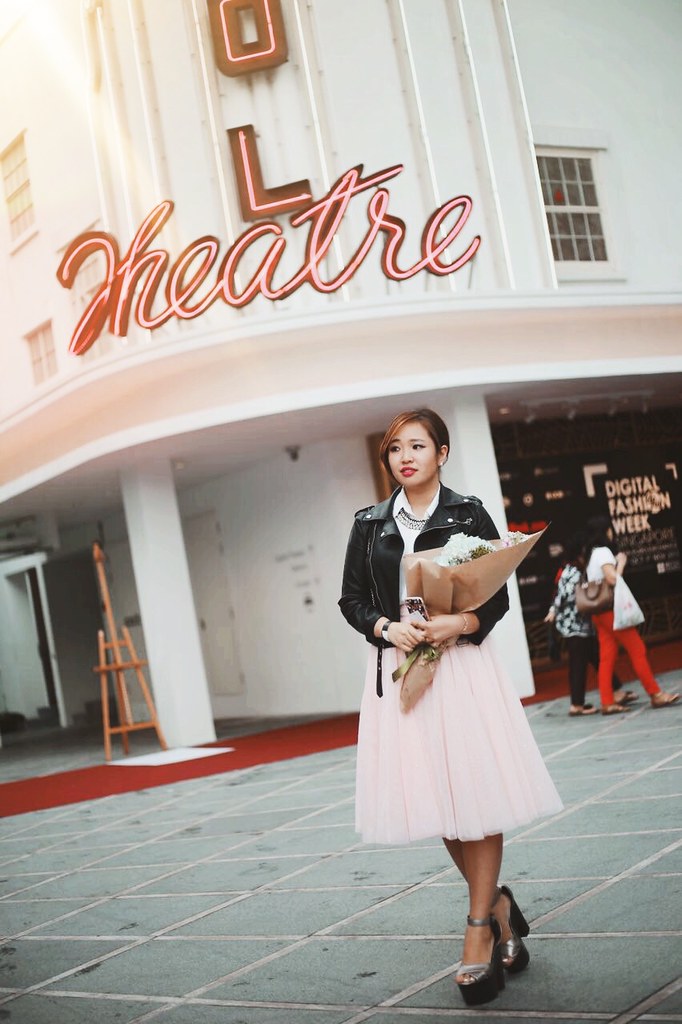 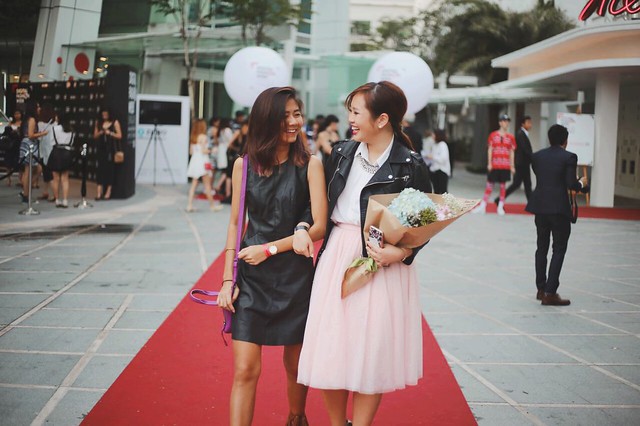 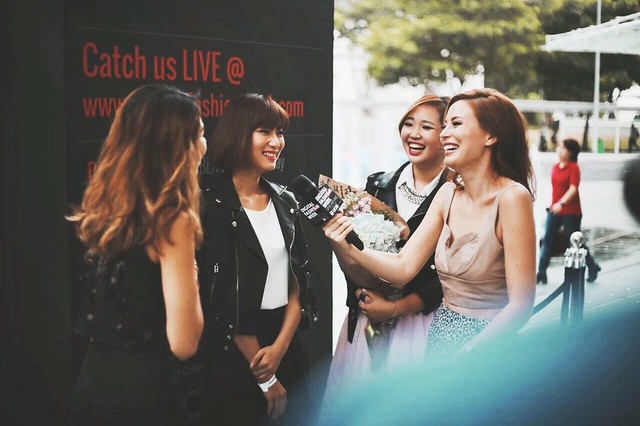 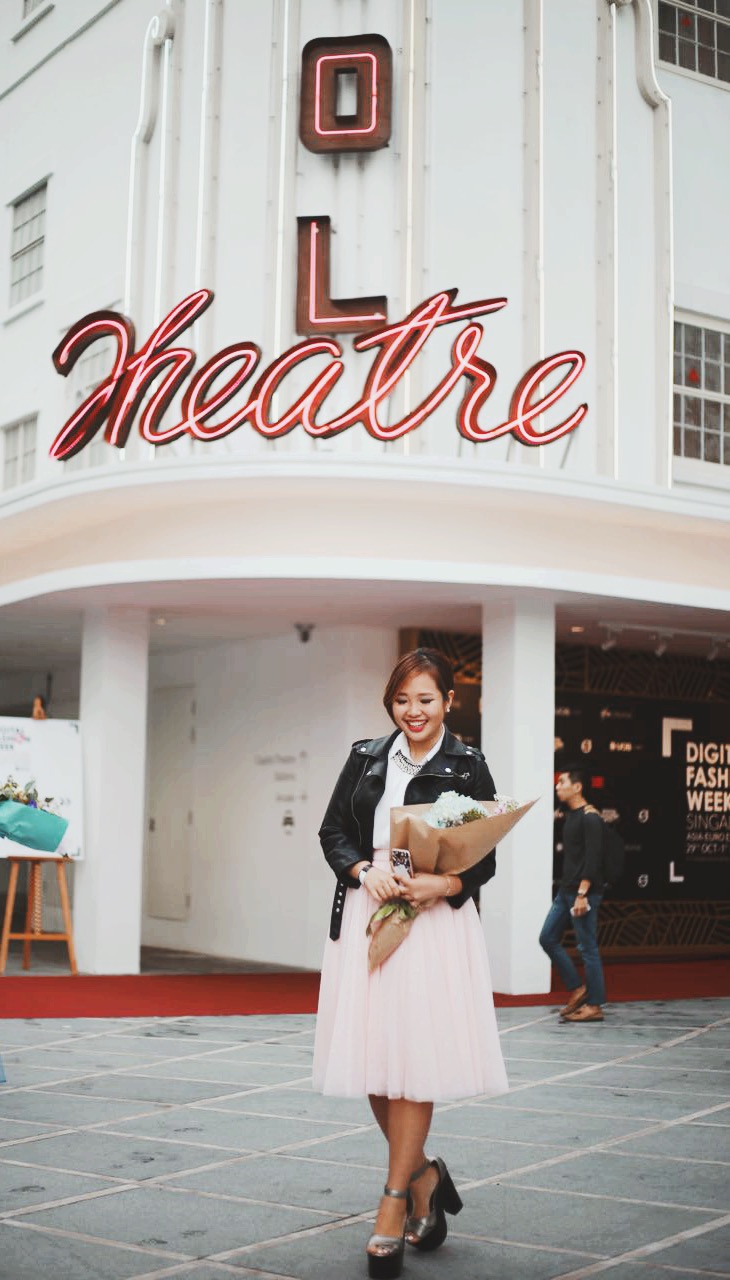 One of the two looks I styled for Digital Fashion Week this year, and my fourth.. fifth? collaboration with Ted Baker Singapore. I truly love Ted Baker – the luxe, soft, material I could bury my face in over and over again, the fervent attention to detail, the incredibly inspired pieces they pull out of their hat of magic tricks every season.. This pink tulle wonder drew gasps when I stepped out of the changing room, and close up looked as though someone emptied a candy box of glitter on it. Close ups here.

When being interviewed on the red carpet this year by the gorgeous Yvette King, I was asked what was preferable – investing in quality pieces, or fast fashion. Now, I dont presume to be any sort of authority on fashion, and my opinions are just that: my own. One’s environmentally conscious side would obviously pick the long term quality investment (obviously), but what of practical economics? What sort of rich do you have to be to only purchase designer pieces yet also wear them only three times each?

In the end I talked about learning to balance the two – how staple, statement, pieces can be tested for the strength of their versatility when mixed with more affordable variety. In Singapore we have the unique pleasure of being offered access to so much affordable online retail (or at least, it seems that way to me when my friends abroad complain about the cost of their online/instore shopping), and that gives us the elasticity of style. I knew this pink tulle skirt would be something that’d be the hook to any outfit, yet give me space to style in a variety of different ways over time.. so here’s one of them – a pressed white shirt, leather jacket with silver hardware, a collared diamante necklace, picked up by the silver in my heels. Hair in a low ponytail, because with so much going on, you’d want it off your face to minimise distraction – but at the same time, styled sleek with an angled bump to give one’s face shape. (Thank you, Hairloom!)

I dont think that affordable pieces equate fast fashion – they’re not always mutually exclusive, but by some stroke of luck I’ve had the pleasure of purchasing pieces that have lasted me way longer than expected. On the other hand, having been blessed enough to work with international fashion houses, I do know that there is a significant difference – not just in design, but in cut, threading, and overall quality. Theres nothing wrong with preferring one over the other – it comes down to personal prerogative. But for those of you who ‘grew up’ with me, young adults who are now looking to expand their wardrobe and dip into investment pieces while balancing your chequebooks, this is what I can offer: an idea on how to start. 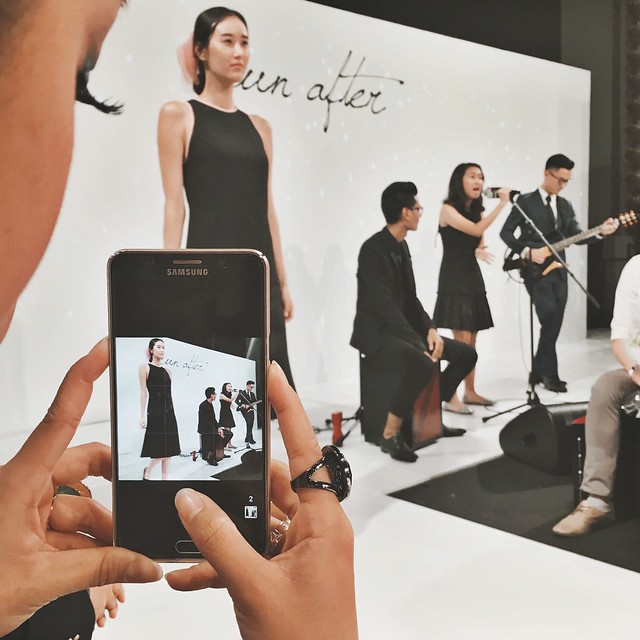 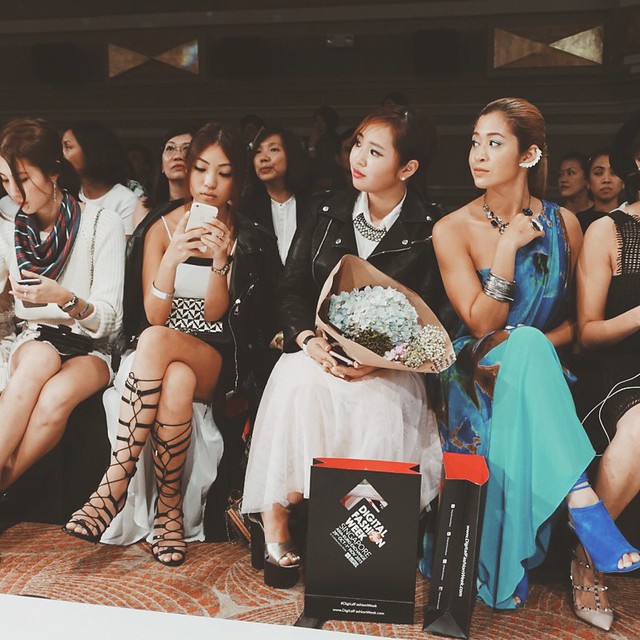 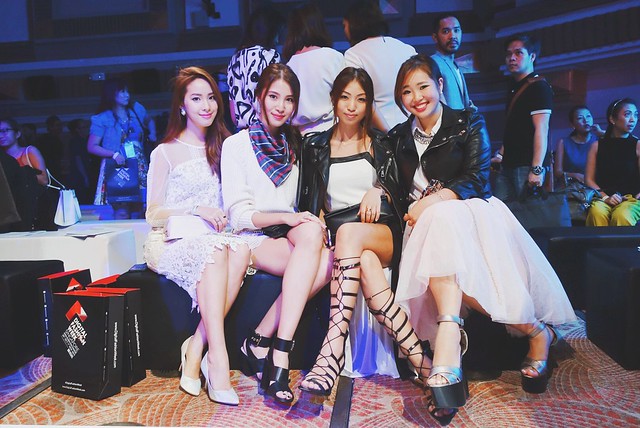 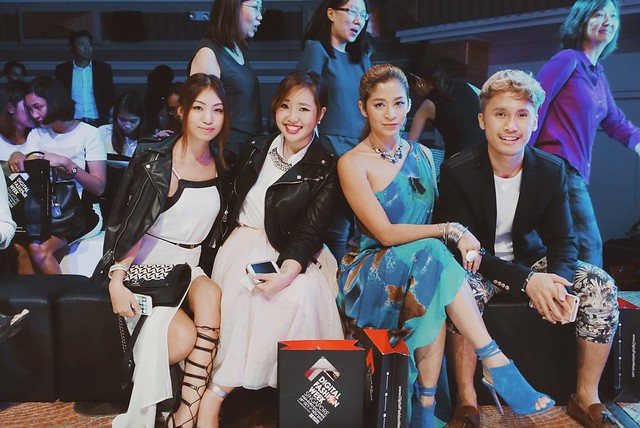 Anyway. It’s middle of prime time season for my Masters programme (yes, it’s still ongoing even though I dont talk about it much!), so I just took time out this DFW for two shows, one of them being the launch of Run After by fashion blogger and personal friend, Melissa Celestine Koh.

More and more local influencers are launching labels, and I’m pleasantly surprised by how great they are. Designing is hard – I say this in the way I say math is hard, or science is hard, it is hard to me because I cannot do it. Perhaps for some people designing draws from an unlimited flow of inspiration and they are only limited by the hours of the day and upon seeing my declaration – Designing is hard – they think, what is she banging on about?! Lucky people, those. But for me, I cannot do it, and so I greatly admire the people who can. There were a lot of squeals this year during the Run After show, and I would say about half of them were about the pieces showcased on the runway.

The other half, it has to be said, must have come from the incredible show. Over the past few years I’ve attended quite a few fashion weeks, and nothing makes me happier than to be able to stand here now and say that one of the best ones I’ve seen was created by a Singaporean designer. The Run After show was incredibly inspired. From the seamless flow between the trailer video and the actual show, to the lithe dancer opening the show showering petals on us all, to the live band crooning to the beat of the runway.. it was fantastic. I was really impressed. I suspect the unconventional angle comes from Melissa’s personal travels – if you follow her online, she attends fashion weeks all over the world, the most recent ones being New York, Milan, and Paris, and raves about the more inspired show structures she’s seen frequently. (I’m remembering now a particular post gushing about Coach’s show..) Of course, this is speculation – but I think it’s given her the push to break out of the conventional blasé-cool runway strut, and to experiment with different forms. And I think it’s safe to say that it’s paid off. The show was engaging and memorable without overshadowing the actual pieces. That’s success, in my books.

I took a short clip of the show, which you can watch here. 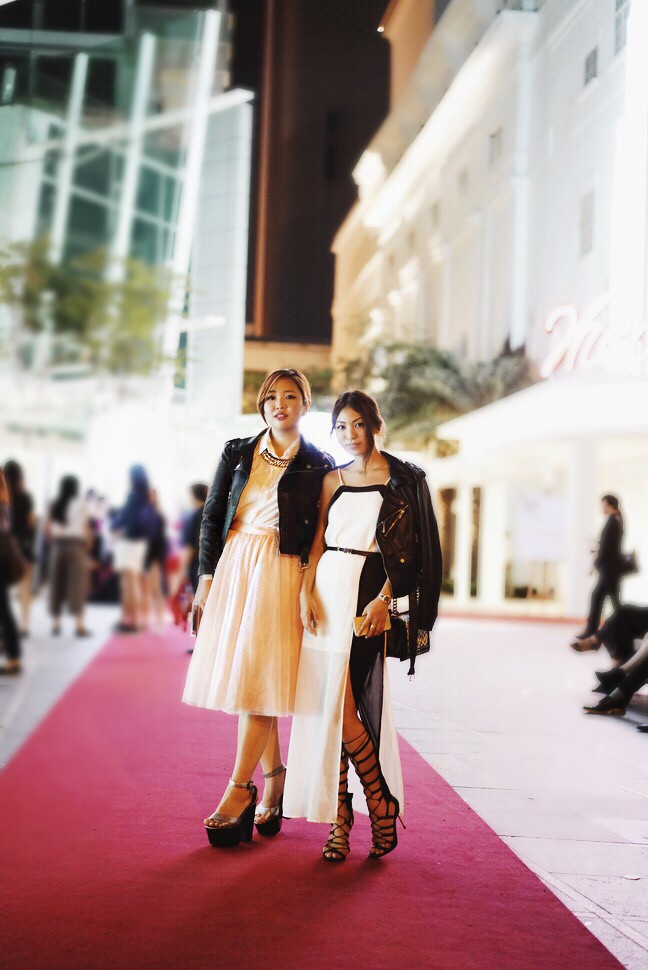 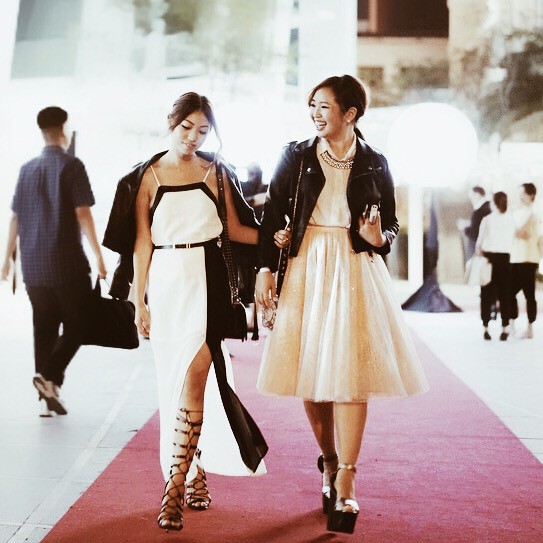 Post Show Shenanigans with Amanda : Photos by Melvin from Multifolds

And that’s it for day one. After the show I went off to meet the boyfriend and his friends, and then we played DOTA. It was great until I started using a completely new character called Luna, which I only picked because she was sexy and also cos she rode on a lion. Big mistake. Couldnt figure out how to use it at all, and by the time I did I had died a gazillion times and was big-time grumpy. This is probably one of those dont judge a book by its cover moments, but whatever. Back to Viper it is.