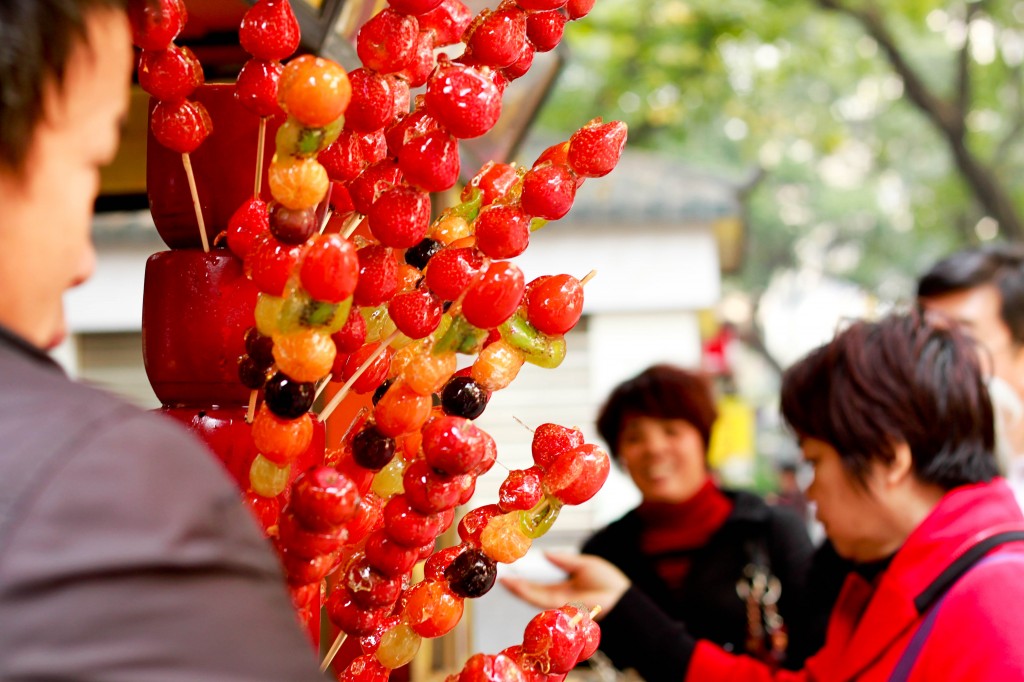 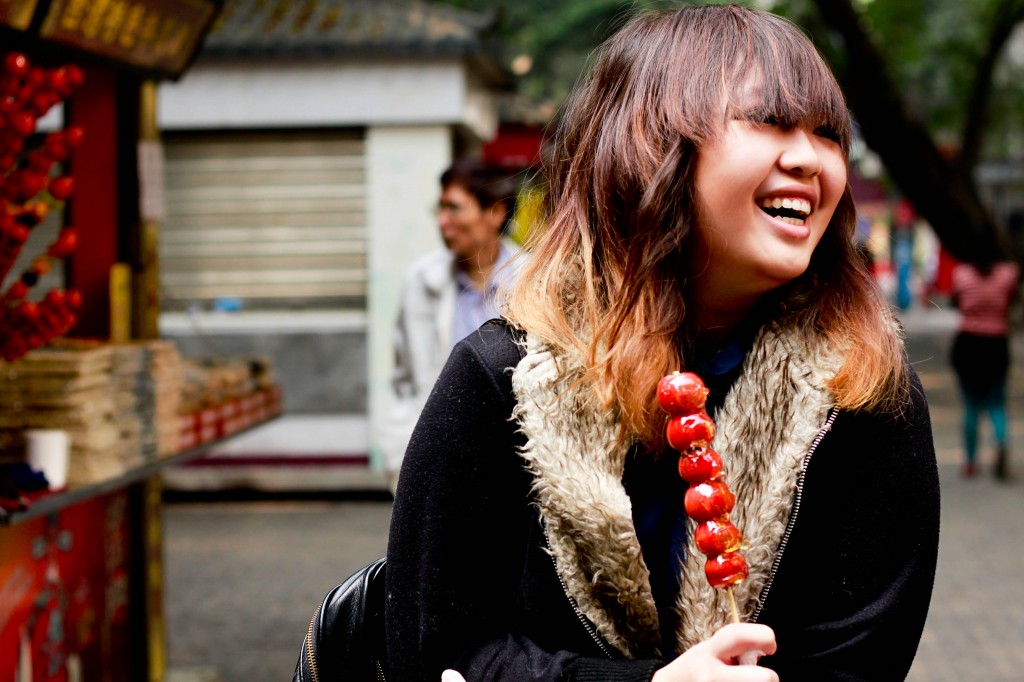 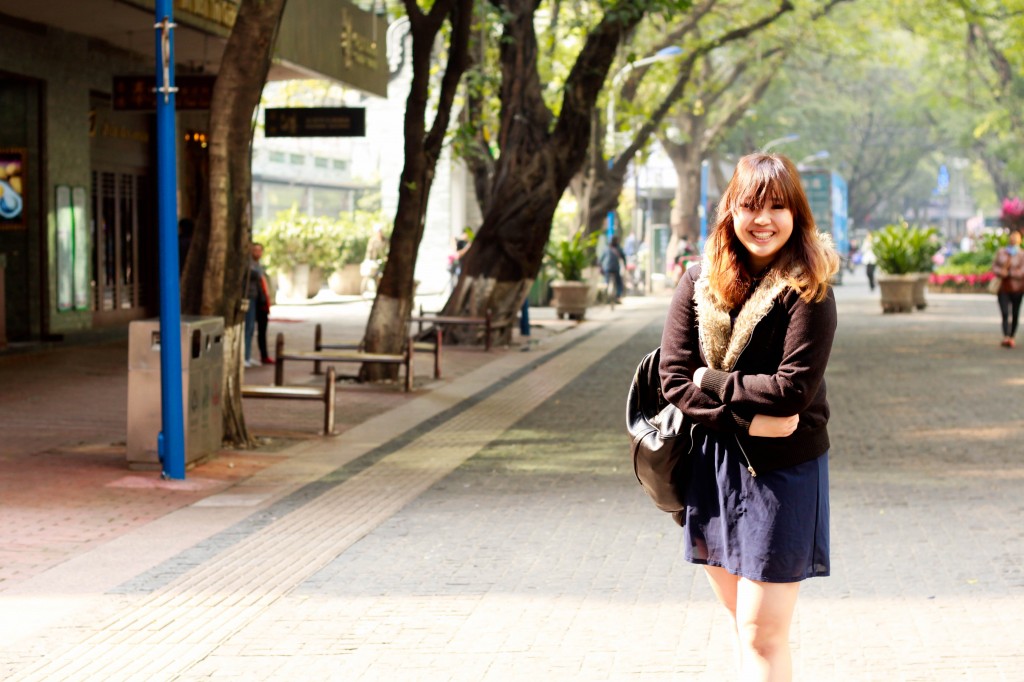 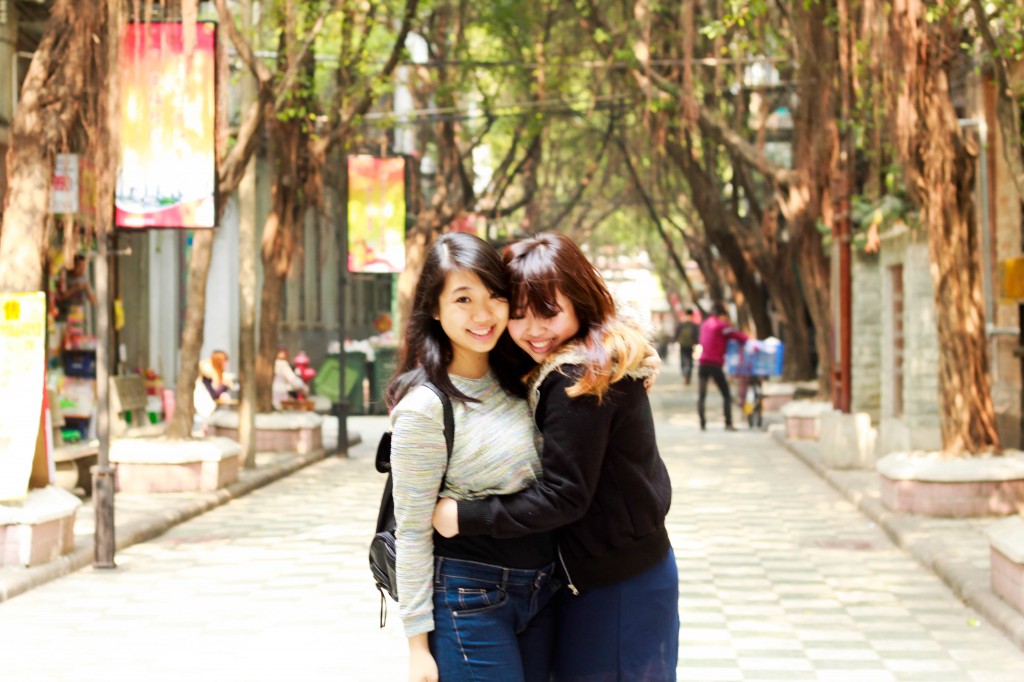 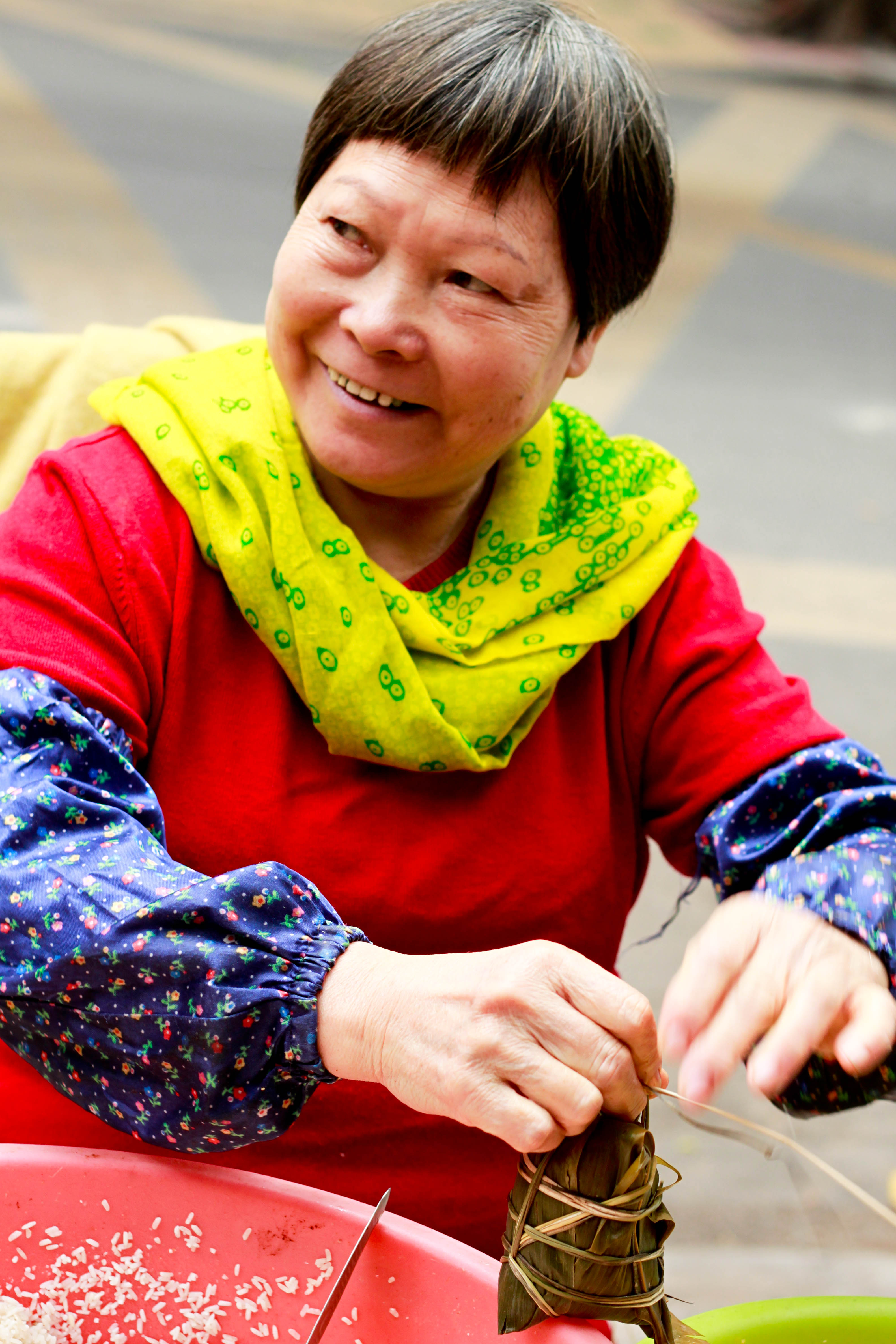 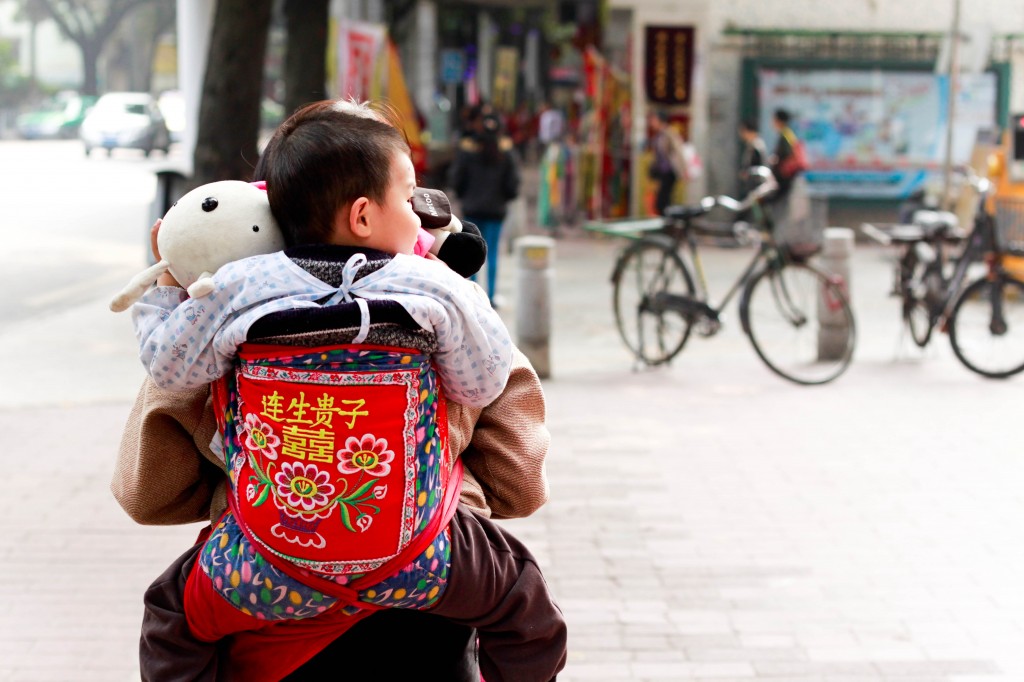 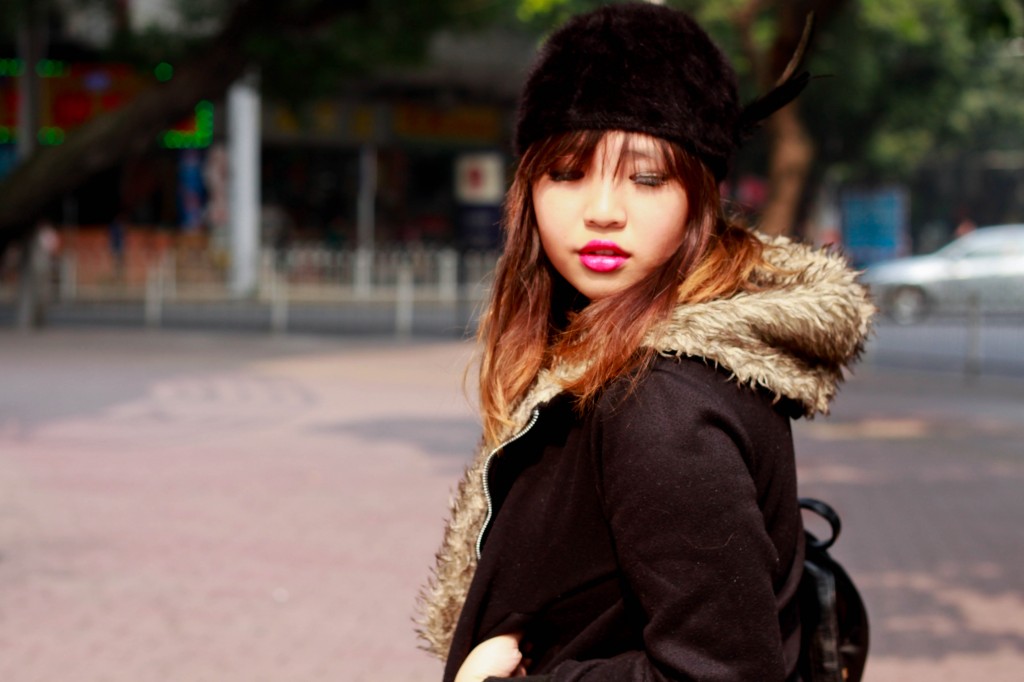 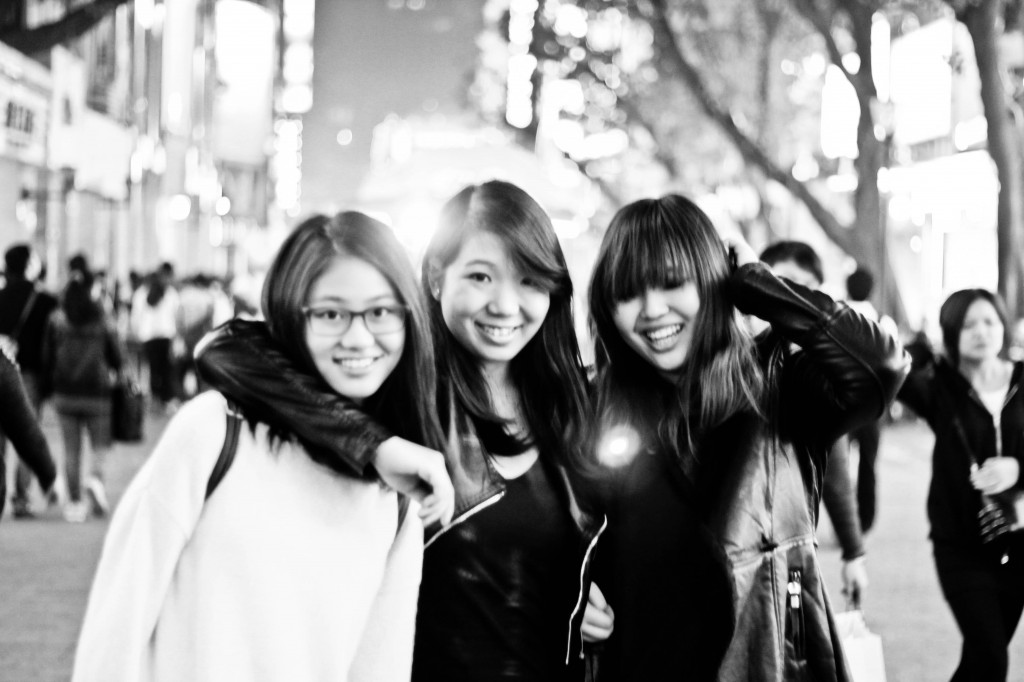 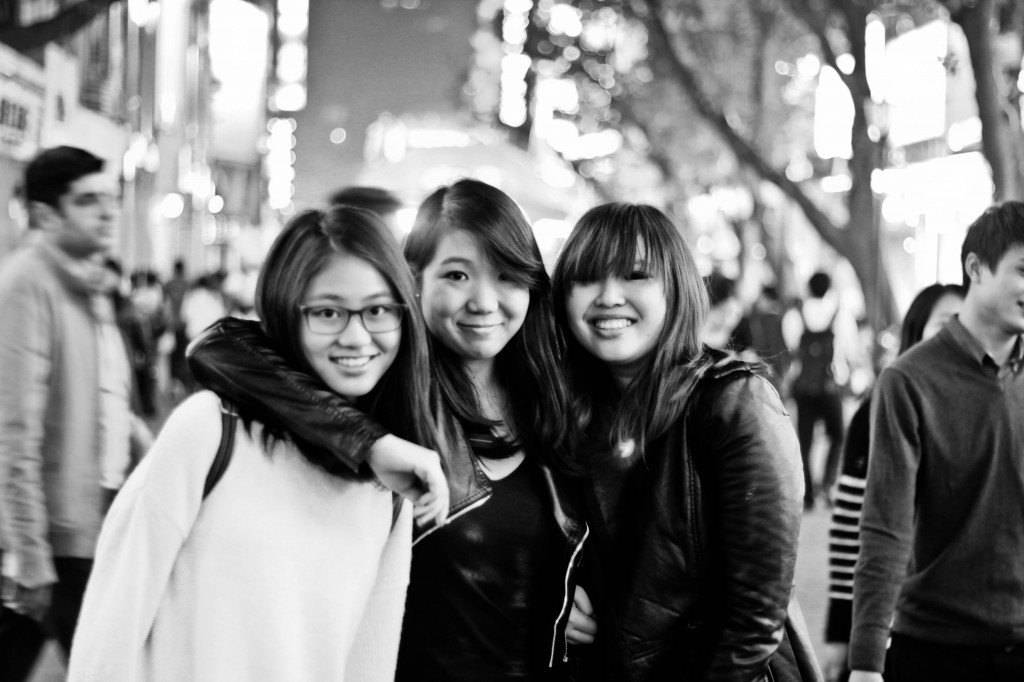 Hello from the land of smoky air and chilled cheeks:

Guys, this city blocks everything – I’ve never gone so long without Facebook or twitter, and they’ve even blocked Google; I’ve been bing-ing my way through the city. Needless to say I’ve gone in circles multiple times. Still, I’m loving China for it’s weather and flavor. I don’t know why I’ve never been before – shopping here is a dream, and flight prices are comparable to bangkok bound routes. Maybe next summer. And shopping is the least of my concerns (ok i’m lying, not least, I’m still the same person, but it’s not like the main fuel behind my trip) because there’s just so much personality everywhere. Yesterday I sat cross legged on a street chair and had my entire face threaded by an old woman for 10RMB, which is about SGD2. Hurt like a bitch but my sister kept yelling YOLO YOLO YOLO at me and, I have brows like a dream right now. I’m also thinking maybe I shouldn’t have taught her that word.

The weather is also, incredibly attractive. I’ve been attracting weird stares everywhere because I’m just about the only person on the street with bare legs, but #vanity. Also, people keep trying to touch my hair. I think they don’t get blondes here. The option of layering and coats though – priceless. I’ve never been so happy with my instagram feed. Days here seem longer too – I was done with my day’s shopping at 2pm and slept in the hotel room till 7pm before venturing out again to just revel in the cold air. It gets dark really early, so my theory is that kind of screws with perception and you just feel like time passes slower or something, I don’t know. You also don’t get as tired because it’s not sweltering. Friendliness varies: I’ve never been as physically manhandled (in a bid to get past me in a shopping lane someone actually picked me up and deposited me elsewhere) before, but I’ve also been doing strange things like dancing to Ke$ha with random shopkeepers selling peanuts. I know right, who knew a country that blocked facebook would let Ke$ha in?! The wonder.

Still, there’s an overhanging sense that we’re living in a sustained bubble of happy tourism. Things slip through the gaps. I’m living on what loosely translates to Beijing Street, which I’ve been told is the Orchard Road of Guangzhou. At night, the homeless shiver in alleyways between shophouses. Kindness is dicey at best- met with either extreme gratitude or a sense of someone who’s been deeply offended. We went further today, took a train a bit further down, and while walking around the wholesale malls differences in lifestyle emerge – everyone’s in a rush, there’s nowhere to sit, and I get the idea that our and bangkok’s practice of resting at a cafe for a couple of minutes while shopping is an unthinkable luxury to them. (On that note, wholesale malls are a bit pointless unless you’re going to buy a whole bag of clothes.. for future reference)

Oh well. I’ve only been here two days, though it seems longer, so I’m sure I’m going to have loads more to say in time. I’ve never had as many amazing tea eggs … ever!!! I’m going to come back with a ridiculous cholesterol level. There’s just one last thing: 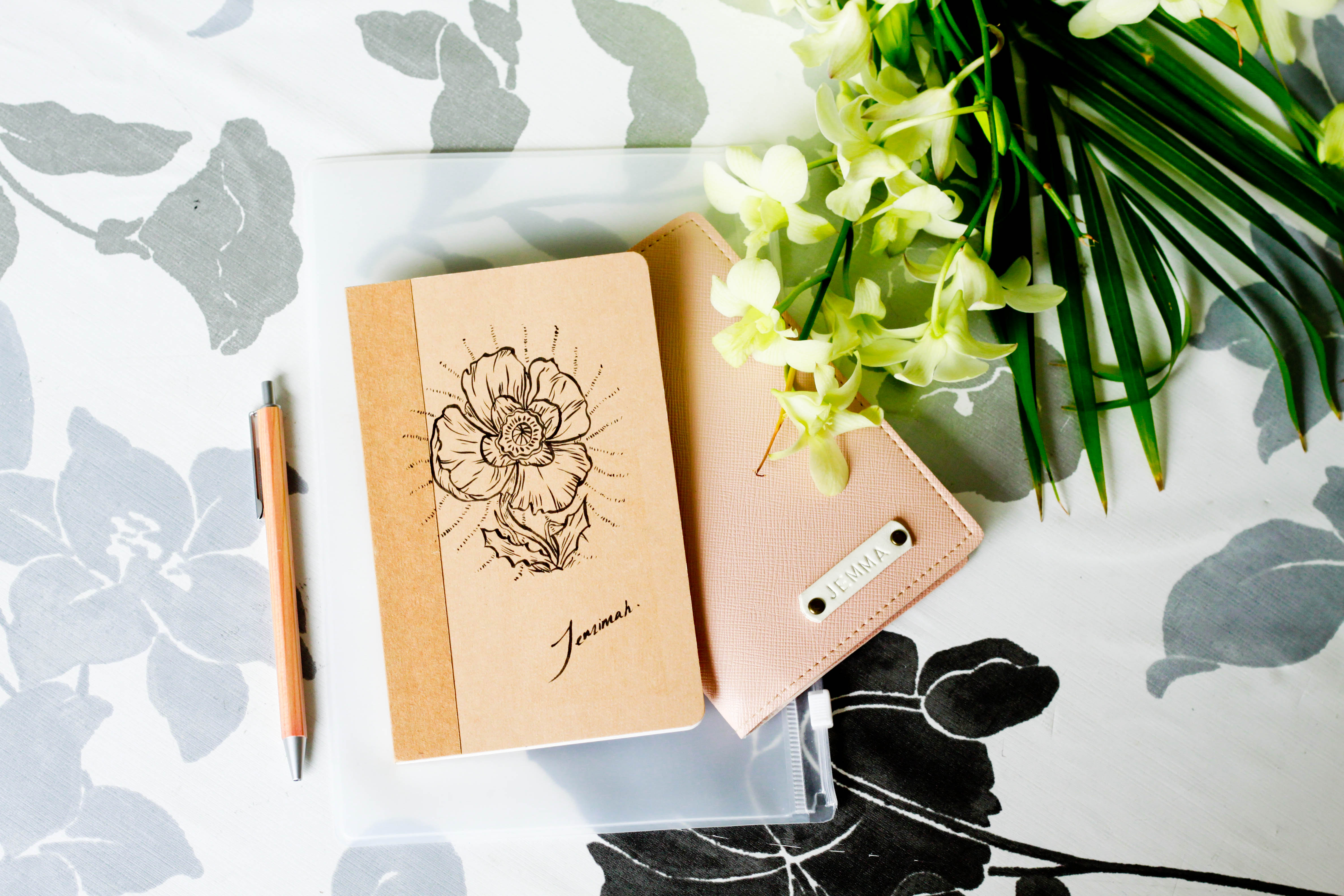 I posted this on instagram before leaving Singapore, and I’ve been getting a gazillion questions on them, so I thought i’d address them once and for all here. The sketchbook is a christmas gift from my supertalented friends martin and warren, and if you’d like one I guess you can email martinhongchoann@gmail.com, they dont mind making more i think, though it’s a bit of an unexpected turn. The passport cover I got from Siam Street in Bangkok earlier this year, but it was one of those hippie markets with movable stores so I’m not sure if it’ll still be there. Still, it shouldnt be hard to find, bangkok is full of these things. I know lots of you are gonna be zooming around because it’s december, so Happy trails! ~~

Alright, that’s it from me for now. I’m loving it here – now, if only they’d do something about unblocking at least google. Where’s a girl supposed to get her directions from?