Except it’s not exactly what you think. I mentioned awhile back that the Ogilvy Public Relations’ girls challenged me to the 24hr LIVING HACKED experiment and I was too chicken to say no. I’ve been putting it off for the longest time because i have no willpower whatsoever i’ve been busy but finally, I woke up a couple of weekends ago, stuffed my phone under my pillow, and decided to do it once and for all.

Just to recap: living hacked for all telecommunication services means-
No Handphones
No Internet
No Computers
No bloody ATMS because they connect to each other via the internet and therefore are apparently a form of telecommunications.
ie. No Nets, no mastercard.. nothing.

I have no idea why I agreed to this. At least it’s only twenty four hours though. 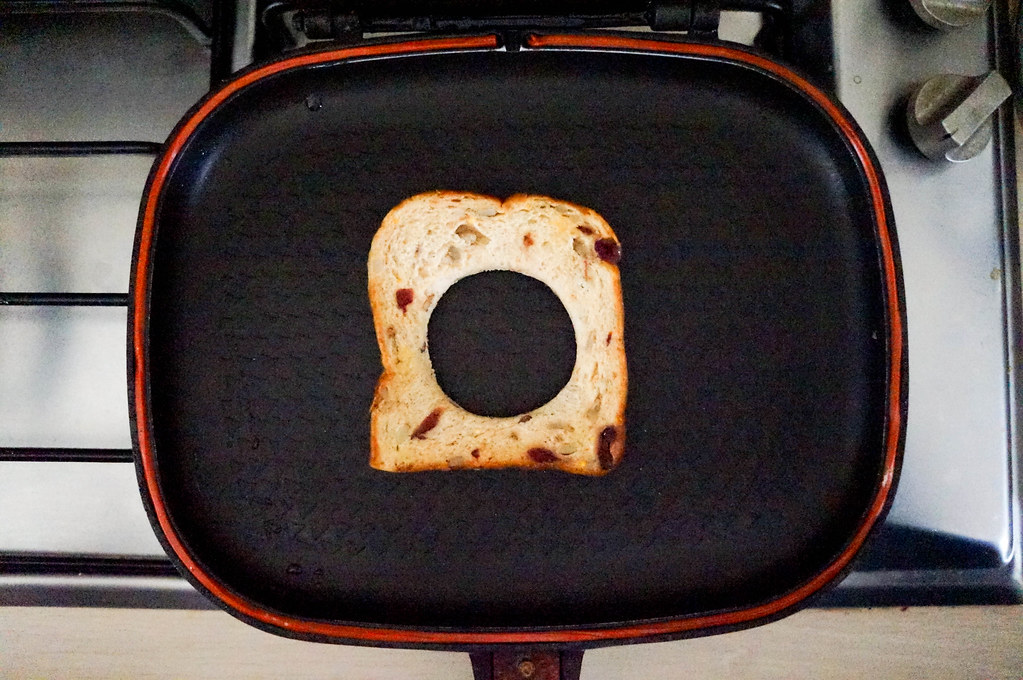 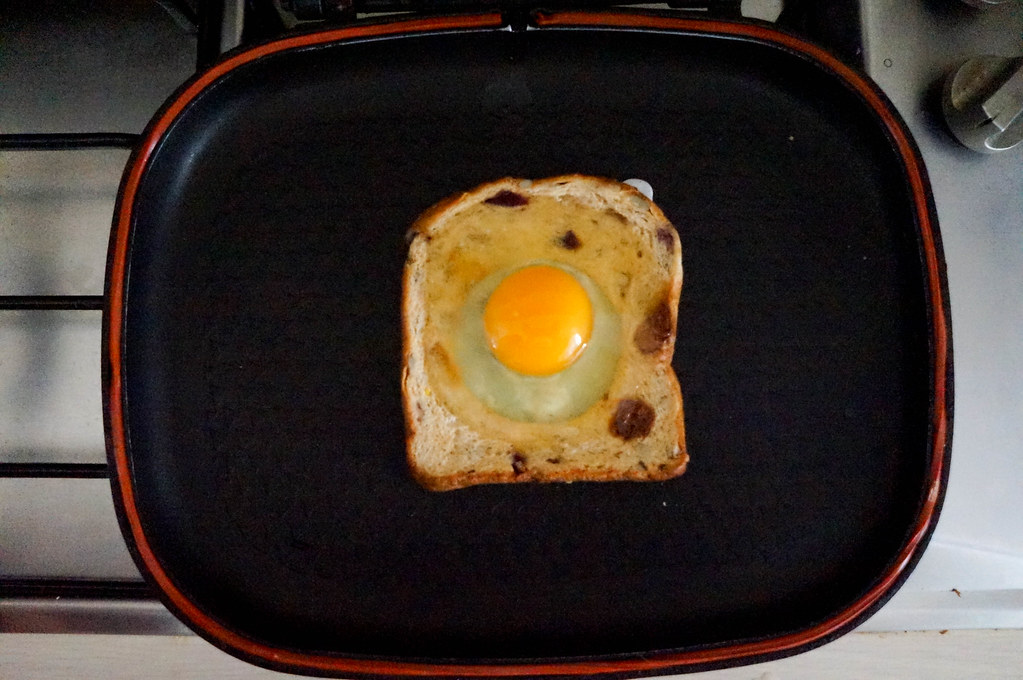 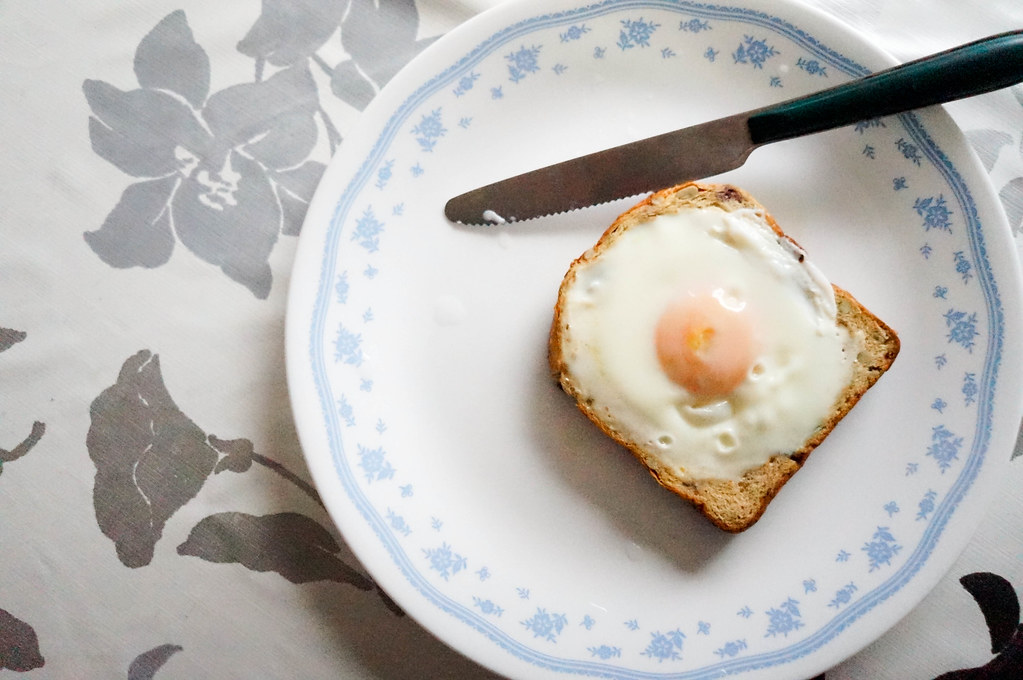 Which was obviously a bit of a fail because the egg was too big for the hole. Okay. That sounded strange.

And fed the cat 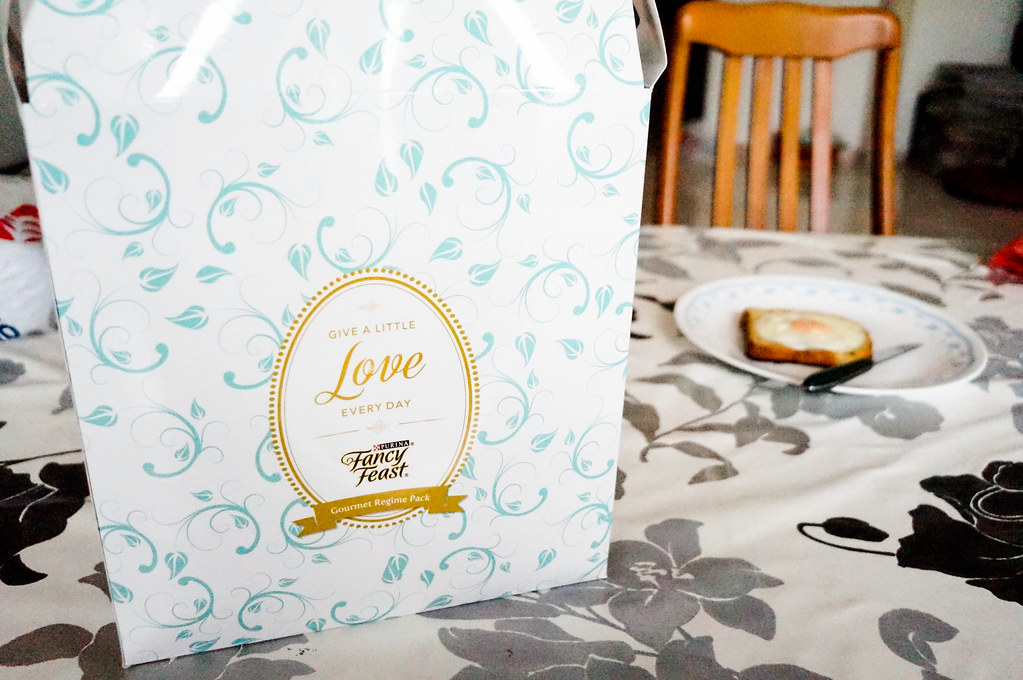 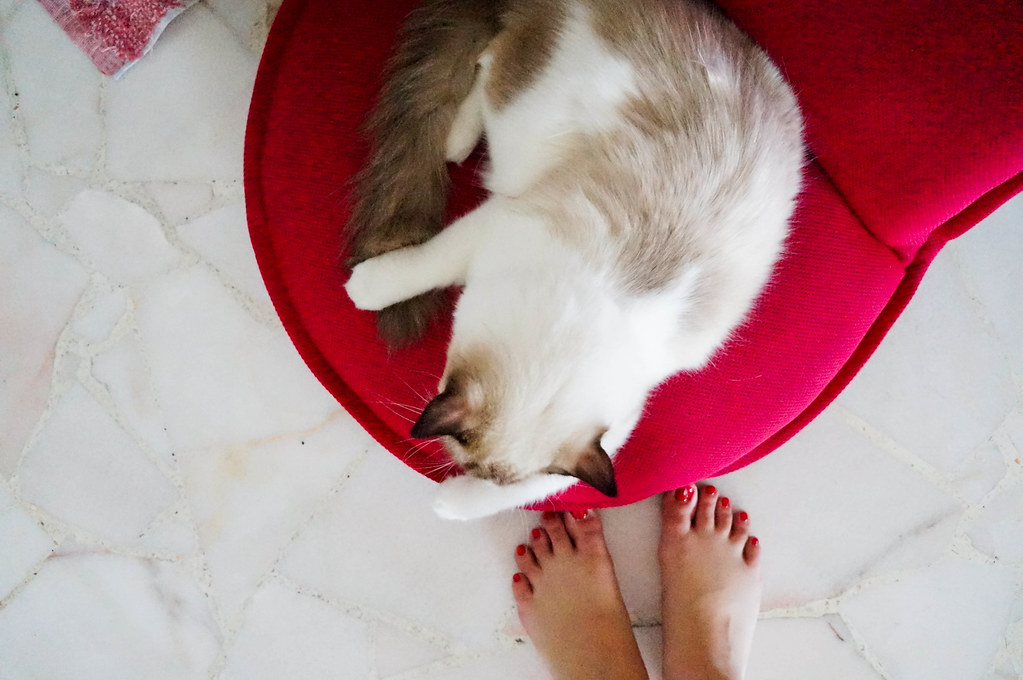 Speaking of which- Athena’s been dining like a regular little princess lately because Purina’s PetsPlace sent over a hamper of gourmet cat food consisting dry, wet, and broth-type foodstuff for her, with fancy names like Oceans Catch and Salmon Fillet and other vaguely atas sounding things. The moral of the story is: when you’re cute, people just want to give you food and pet you all the time.

Anyway, for those of you who also, have cute cats who need feeding, as they do, here’s what I’ve been giving Athena, which I highly recommend:

I know right. She eats better than we humans do. It’s ridiculous.
She seems to be really keen on the soup, which is interesting because we’ve never fed her any sort of broth before this, just wet and dry cat food. In any case, classy cat food is always a good idea – I feel like she’s more qualified than I am to throw tea parties now. 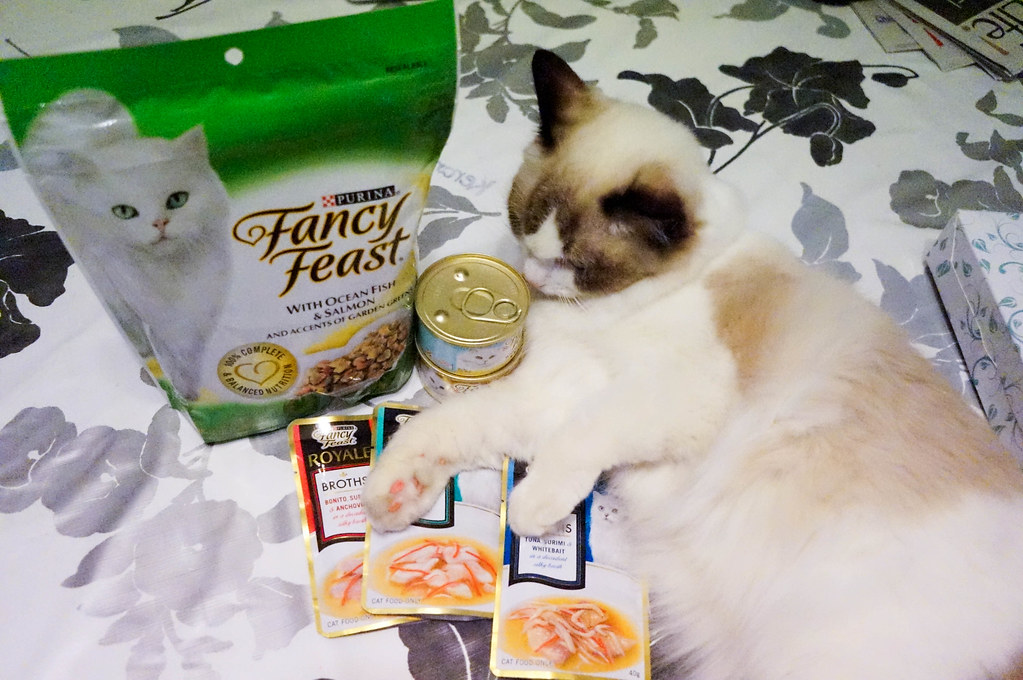 Picture of Athena being a princess with all her food offerings.

I try not to spoil her so I don’t give her the fancy food all the time, but you know how it is. She’s developed a taste for the exquisite now.

You can get Purina’s Fancy Feast at a ton of places, including Nestle’s Singapore page!

Anyway.
Back to pre-historic life without a phone.

I honestly felt like I was just.. cooking a lot that day. It’s a bit troubling because Shane pointed out that it says a lot about feminism and technology, like that when we dont have phones we just go back to the kitchen or something. Next thing you know we’ll be reading books and demanding equal rights. Outrageous!

Since we’re on it – I might as well. Here are two of the things I made while being.. in the kitchen.. during my 24 hour black out. They’re actually incredibly simple but go a long way towards impressing dinner guests because they dont look simple. Aha. Sneaky. 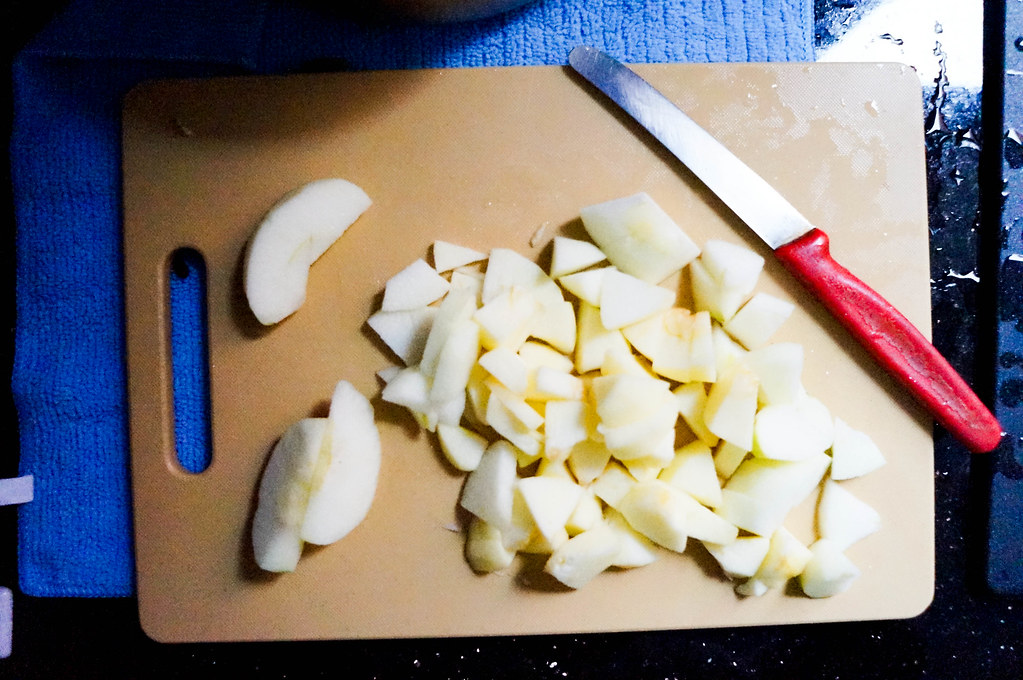 For Applesauce
Green and Red apples in the ratio of 4:1 (I usually use 8 green and 2 reds for a big batch of applesauce)
80g Brown Sugar
Dash of cinnamon powder
4 TBSP of water
Lemon rind

*Applesauce can be kept in the fridge for up to three weeks and can be eaten with virtually anything, like biscuits or toast, so it’s really handy to know how to make this! 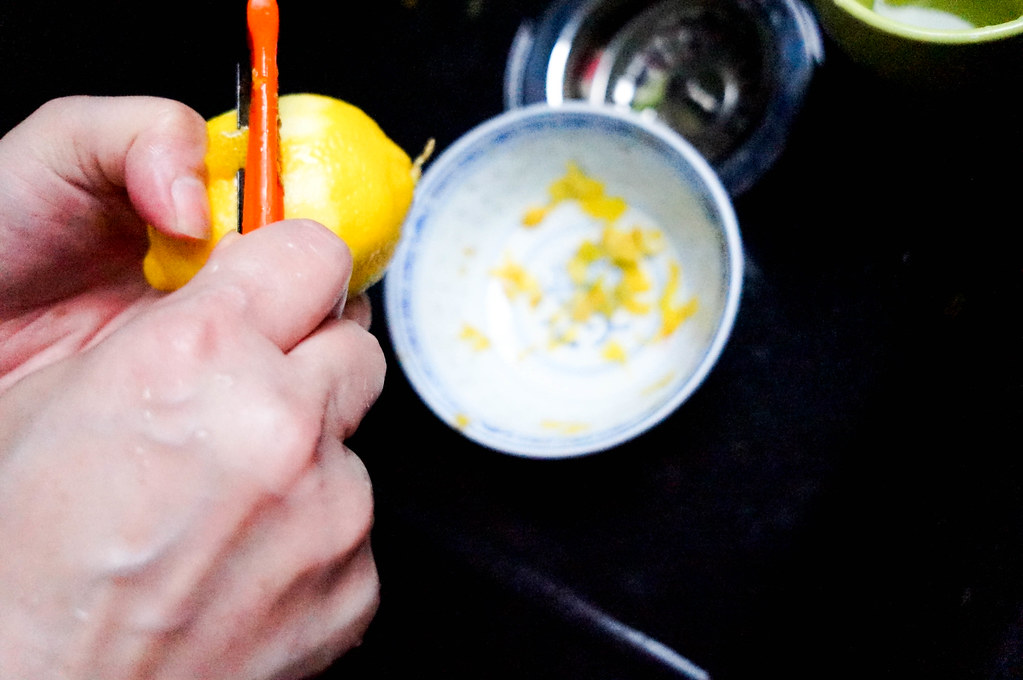 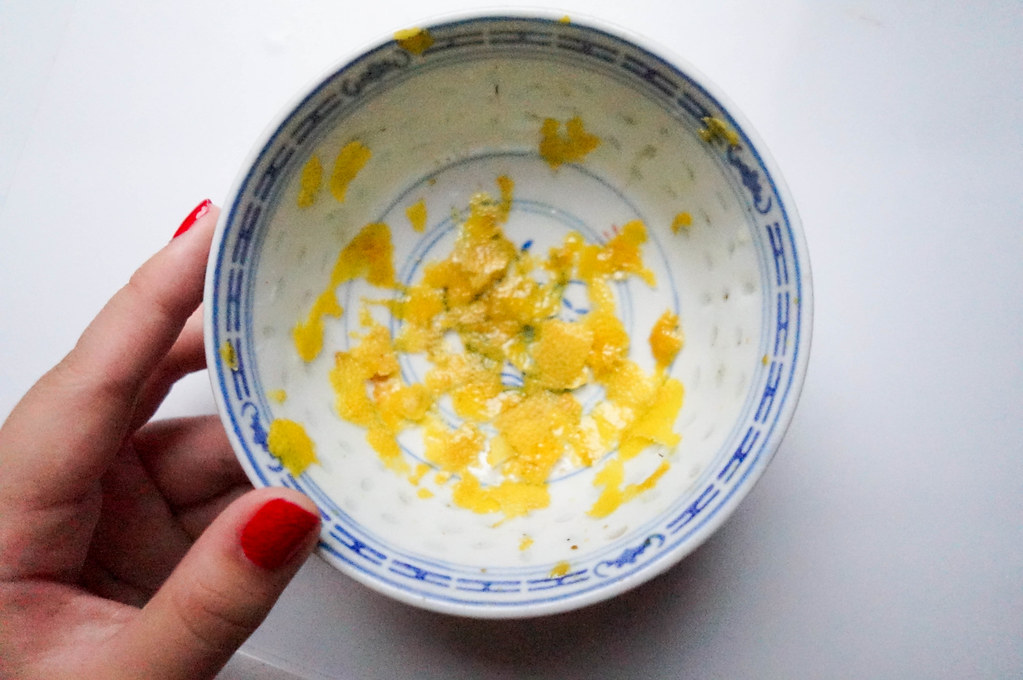 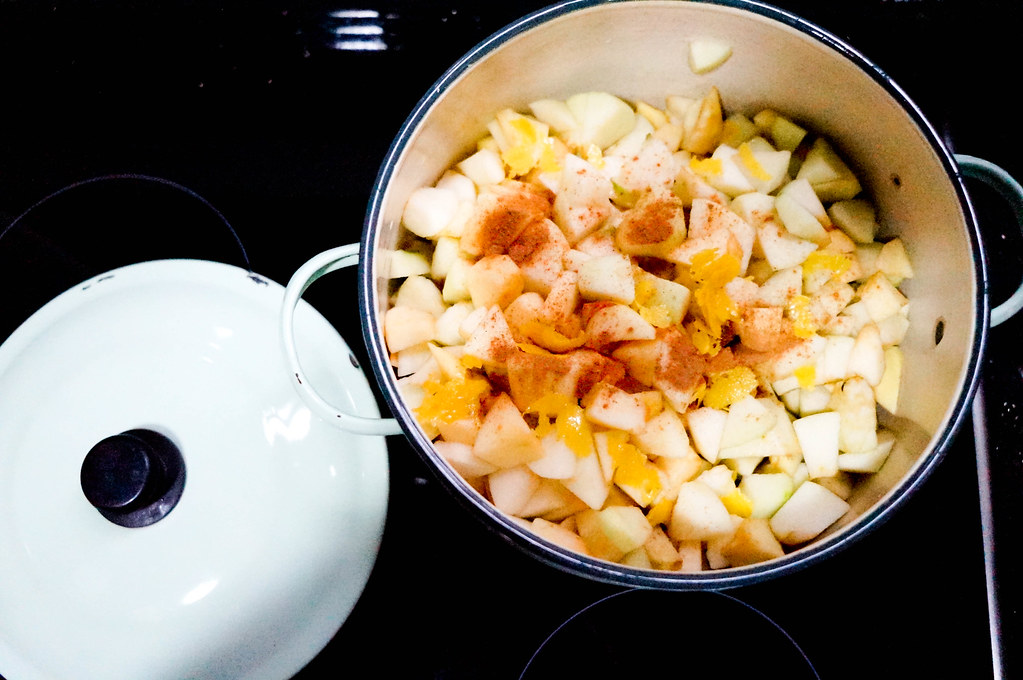 1. Peel, core and cube the apples into a pot
2. add four tablespoons of water, brown sugar, and a little lemon rind (pictured above)
3. cover pot and cook until soft and.. mashy, for about 20 mins on low fire. stir once in awhile.

*apples exude water when they cook, so chill about only putting in 4 tablespoons of water. I promise, you’ll get a nicely textured sauce from it. 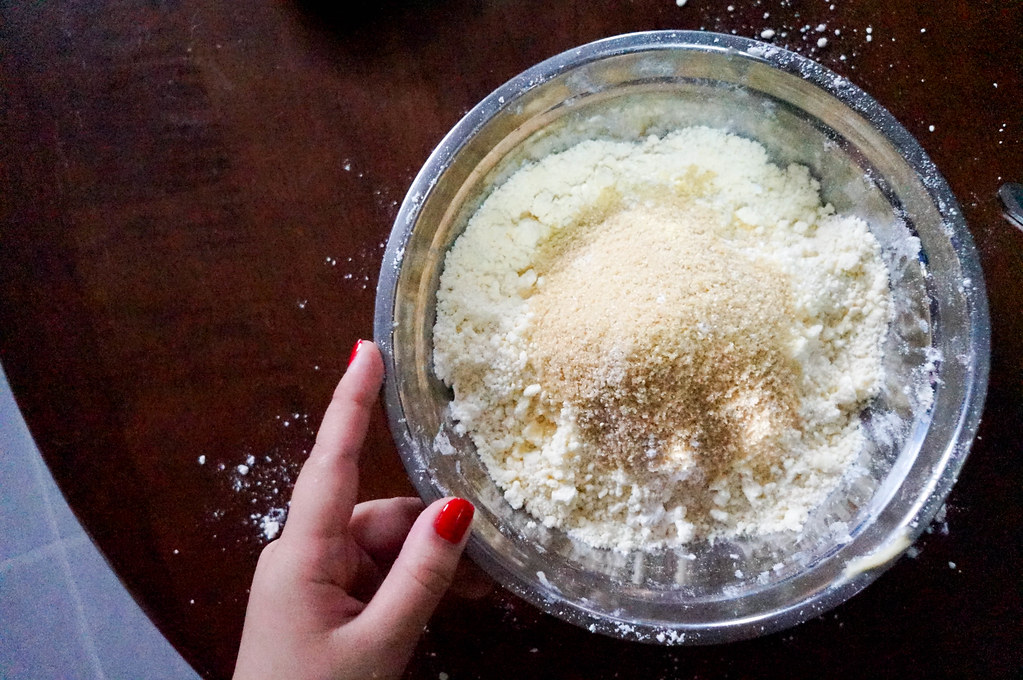 For the crumble,
4. Rub in the butter cubes into the flour
5. Add sugar

*this is what rubbing in looks like. VERY IMPORTANT, so watch it!

6. place crumble mixture on top of apple sauce in an oven friendly pan/dish/aluminum plate
7. bake at 180 degrees until the tip of the crumble browns slightly. This is about half an hour or slightly over. 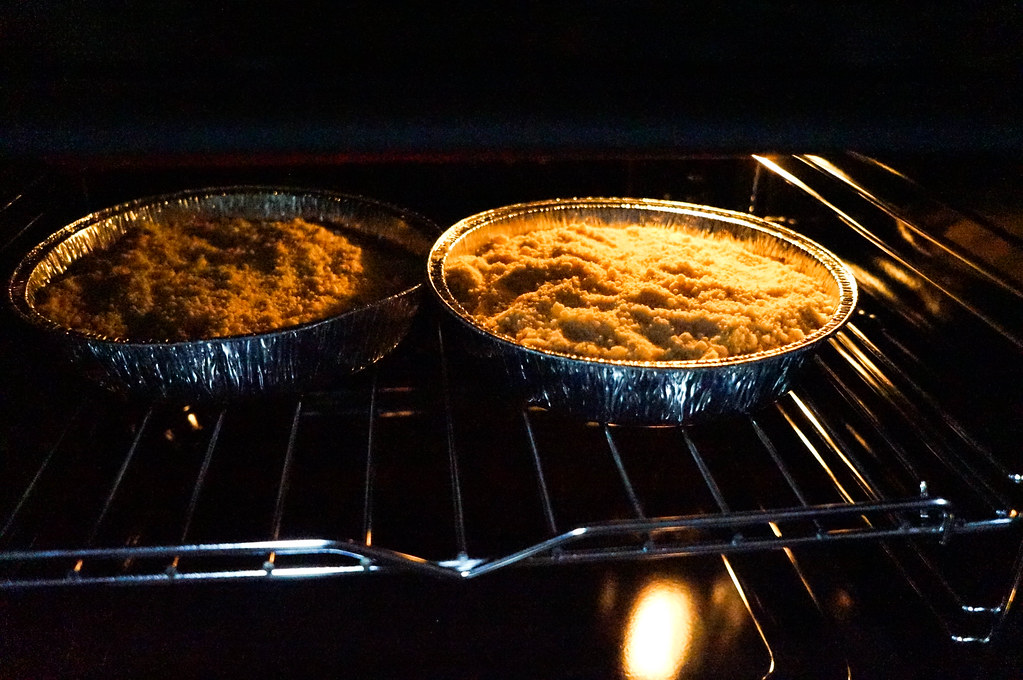 And if you thought that was surprisingly easy, wait till you check this out. 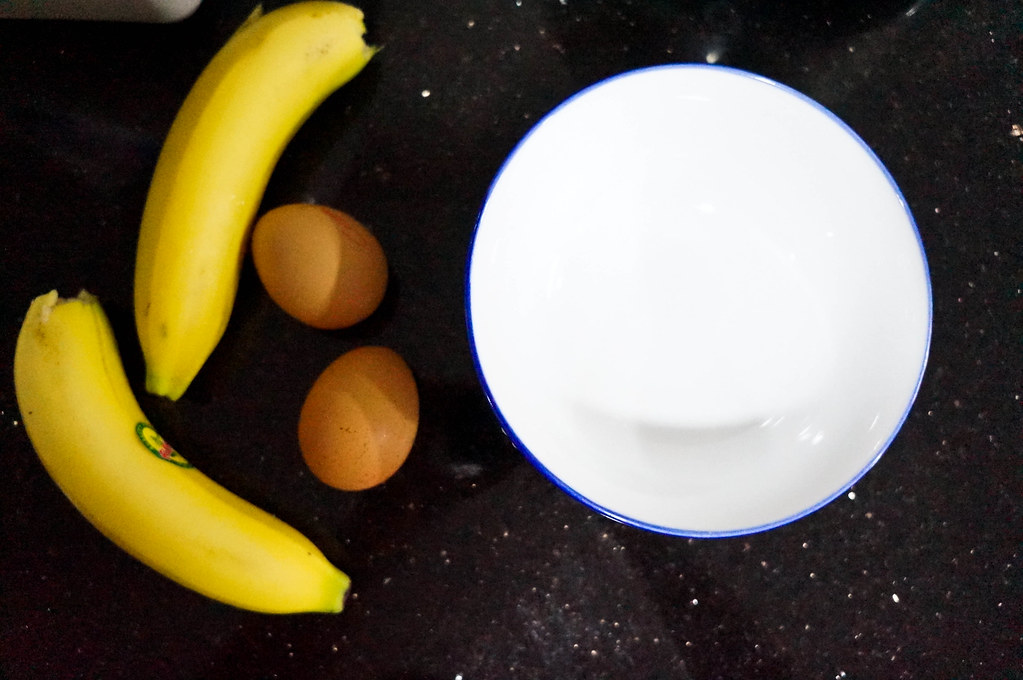 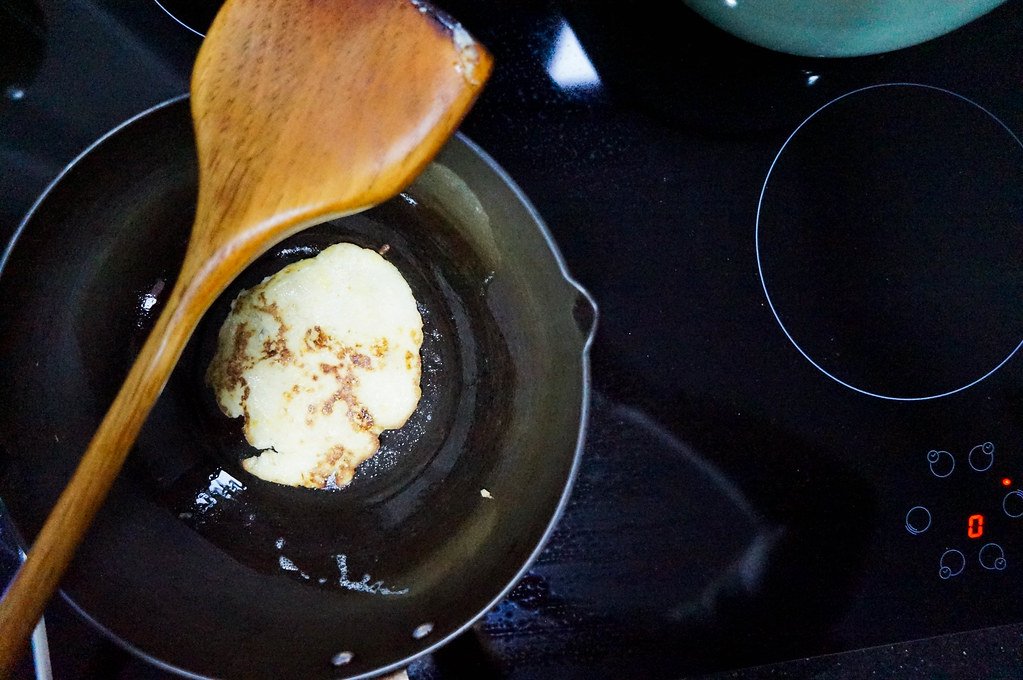 1. Mash bananas in bowl with a fork till.. REALLY mashy
2. add eggs and mix
3. this is your pancake mixture. Pour dollop on frying pan and fry.

THAT’S A STACK OF PANCAKES RIGHT THERE. #domesticgoddess #oknotreally

Anyway, it was a saturday and damned if I was going to stay home all day so I went out for a movie, and because I didn’t realize a telco blackout meant no ATMs, I had to borrow thirty freaking bucks from my mum like I was back in secondary school. It was mortifying.

And by the end of the day, I was left with so little cash that my dinner was a carton of stupid peelfresh. 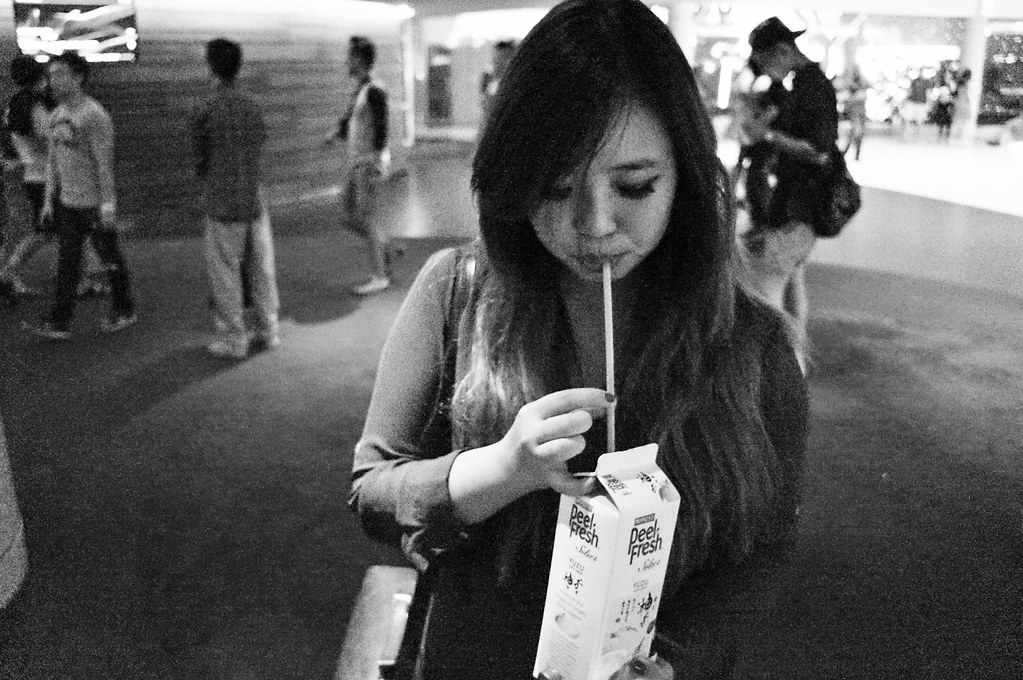 Grainy picture because ISO woes. But you get the general picture.

Bottomline after an entire day of living without telcos- life doesn’t stop, but it sure sucks.

Surprisingly it wasn’t so much the lack of a phone that frustrated (though it did, I never realized how much i relied on google maps to navigate roads and mobile web to double check my recipes and ingredients before that day) but the complete amputation from ATM and credit card services- because if you don’t have money, you’re literally stranded. Sorry, but it is what it is. If you have your NETS card you can have sashimi for dinner. Otherwise, you get freaking peelfresh. You see where I’m coming from?

The point of this challenge was really to experience what it’d be like if Singapore’s telcomms were hacked – and to demonstrate the point that hackers and national security is something that applies to us on an individual level, not just affecting governmental services. And because I took one for the team and went HACKED for twenty four hours, I really really really hope the point went through to you guys, because boy, does living hacked suck.